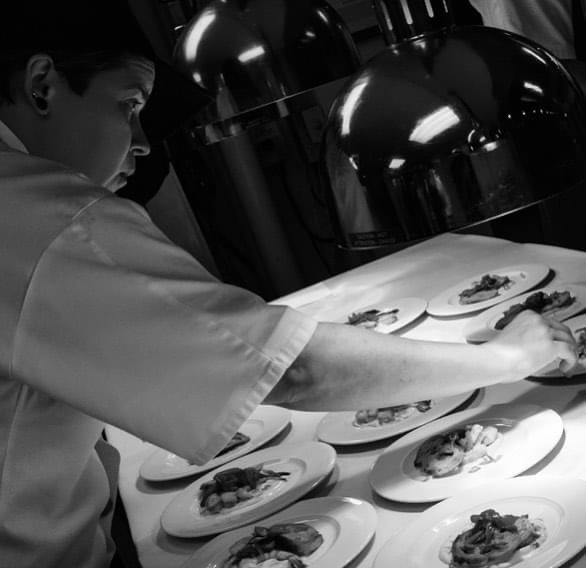 Tiffany Sewell puts the finishing touches on a dish. (Photo by Brennan’s Restaurant. Used with permission).

If you want to get to know Tiffany Sewell, private dining chef at Brennan’s in the French Quarter of New Orleans, ask her about her food. Her cooking is an essential factor in understanding her identity and where she lies in the New Orleans community. For Tiffany Sewell, the workplace has dramatically impacted and constructed her character. Although a Washington native, Sewell’s culinary craft and cuisine is attributed to her many years in San Francisco. Today, Sewell’s identity can be seen as a hybrid of her San Francisco culinary history with her newfound New Orleans identity.

From the moment she arrived in New Orleans, Sewell saw and felt the importance of belonging in New Orleans, specifically at Brennan’s. Although an outsider to the New Orleans culture, her life quickly shifted and became more focused on her cooking and the food she was creating. Sewell explained that as soon as she broke through the initial outsider feeling, she found that, “The love of food and community that ties together in New Orleans is unlike anything [she’s] ever experienced.” This love of food is very apparent in the history of Brennan’s and its community of employees. Sewell explains that her co-workers have a much stronger bond with one another than she has ever experienced in her early San Francisco culinary career.

The love for food that is embodied in the New Orleans culture also quickly became instilled in Sewell’s cooking. Initially, Sewell felt it was difficult to transition her style of cooking to one that was more familiar to the people of New Orleans. As time moved on, Sewell learned to embrace her San Francisco culinary craft and pan Asian background and merge it into her cooking at Brennan’s. Although Brennan’s is Creole focused, the Vietnamese culture in New Orleans has a strong presence that enabled her to incorporate her pan Asian ethnicity into the dishes she was cooking. Sewell’s ability 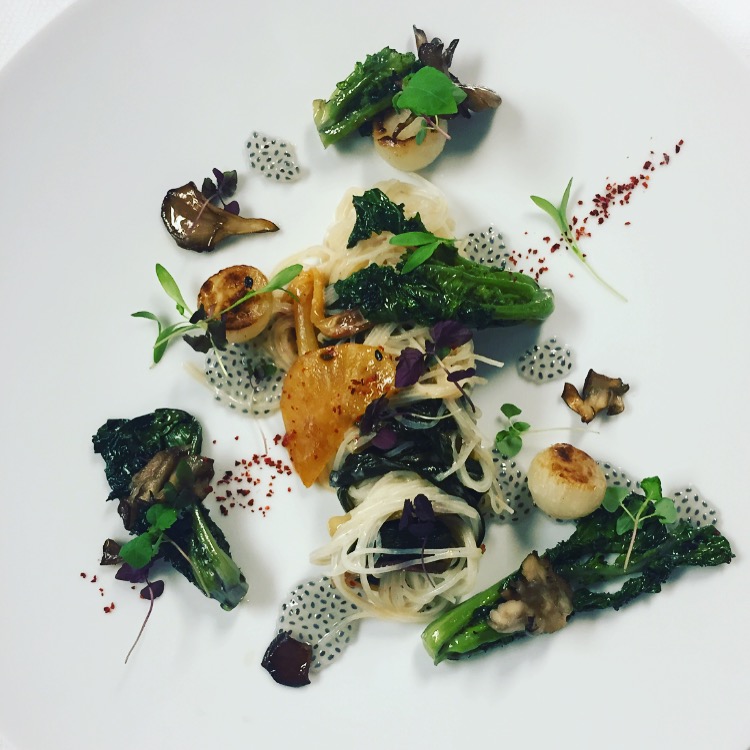 to include many different elements of her background in her cooking allows her to create unique flavors and one-of-a-kind dishes.

Now fully immersed in the New Orleans culture, Sewell’s work as a chef has developed her newfound love for the city and, more specifically, the food in New Orleans. Tiffany Sewell’s experiences in San Francisco and New Orleans have allowed her to construct a complex character that merges both her roots and her new experiences. Thus, if you ever get the chance to eat at Brennan’s, you would be fortunate to experience Sewell’s exquisite style of cooking.