A hammer to the piggy bank of silence 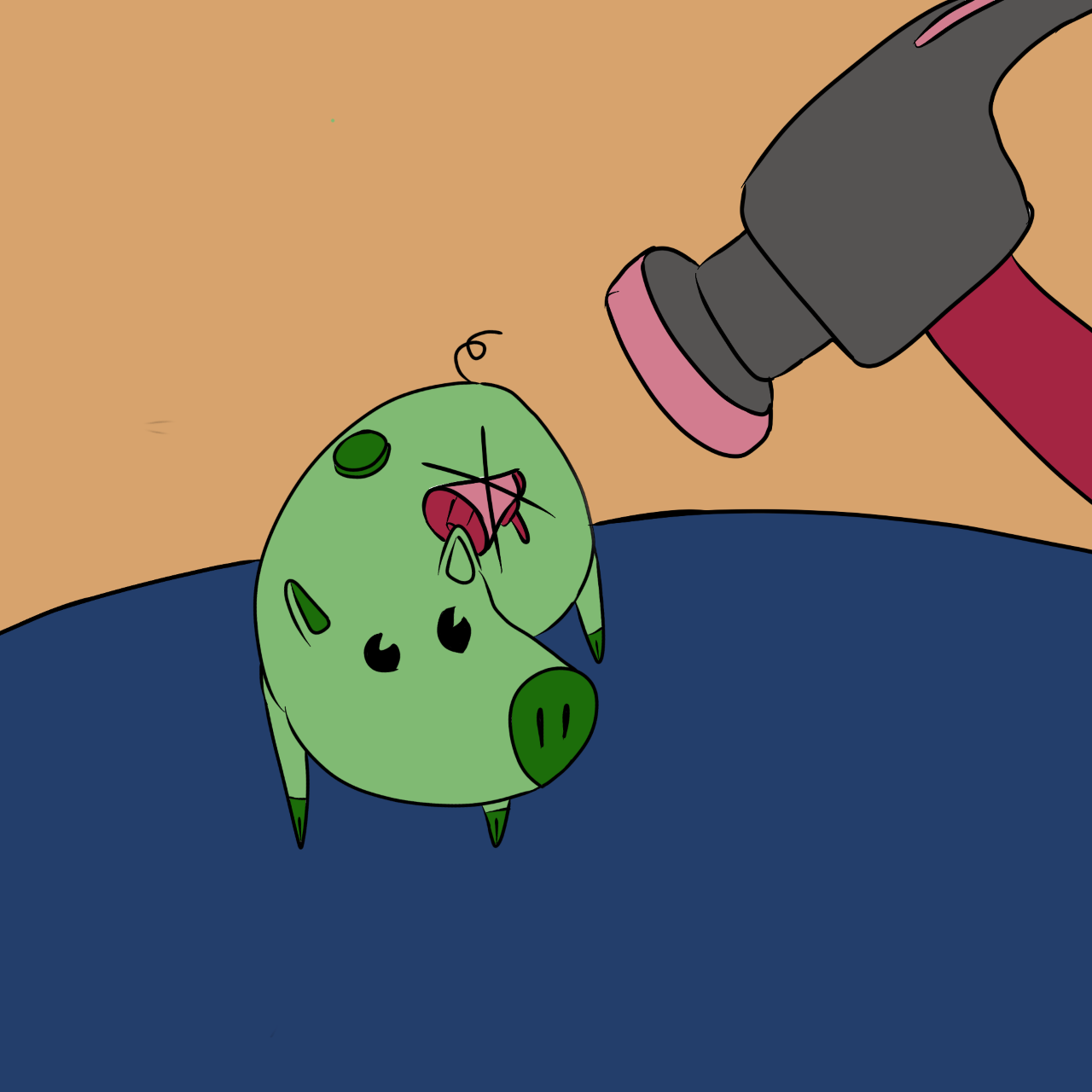 The small, brunette haired woman steadily read the prompt aloud for the contents of her classroom to hear and followed this up by quietly waiting in her seat for an answer “brave” enough to pierce through the cement-like silence she has just created.

Around 15 first-year Tulane students had begun to realize that they had come from around the country just to bite-off much more than they were comfortable with consuming to participate in Professor Holt’s introductory rhetoric class. All except two pairs of eyes took the allotted absence of noise to look up and contemplate an honorable acknowledgment of the power they hold on a daily basis. At the same time, one of the two pairs of eyes dotted across the short round-table to find his friend’s non-verbal answer to the question “Do you want to handle this one?”. Having had this exact conversation about 9 different times in my life up to this point, I weakly shook my head and decided to see if one of my upper-class white classmates had an answer. After what felt like a fast decade, or an overüberdehnungism, my frequent opposition in friendly debate decided to cut through the quiet of the emotional minefield with an explanation of how race impacted the privileges he had while living in America.

Being a neologism that I created, an overüberdehnungism is the feeling of an essential law or part of life being extended past its normal boundaries, typically to the discomfort and disbelief of the affected party. While I understand entering serious discussions about topics outside of one’s experience can be daunting, seeing so many classrooms of people (who will likely become authority figures and industry leaders in the future) consistently having difficulty even approaching topics outside of the frame of upper-class whiteness has been discomforting. This discomfort leads me to then doubt the effectiveness of Tulane’s post-Katrina community service programs given that these young students living in the “Tulane Bubble” are attempting to bring positive change to the majority working-class and African American communities of New Orleans. After our class discussion, I had come to the realization that Tulane students had a lack of the essential tools needed to voice their opinion on topics outside their affluent bubbles and help those in the city that surrounds them. But considering how pervasive the silence is, what can be done by the University so that any student can properly learn about how to connect with people with different problems and use that education to help New Orleans while they are still there?

To be fair, Tulane University is currently beginning to do more than just idly sit on its hands and is attempting to address some of the issues it has as a predominantly upper-class-white institution. A recent approach I have seen is the Reading Project program in which incoming freshmen read a book during their post-high school summer, discuss the book with Tulane faculty members during orientation, and then have several opportunities through their courses and the public events to further dive into the main themes of the text. Upon further observation of their book selection, however, it is apparent that Tulane intends to do more than having a program that “engages students and faculty from different backgrounds and academic interests through the reading and discussion of a selected book”. For my Freshmen class of 2017, we were assigned to read the book Between the World and Me by Ta-Nahisi Coates, a nonfiction novel written in the format of a letter to his son about the harsh realities that come with being Black in America. While the Coate’s work may certainly have been an eye-opening experience for some of my classmates, it evidently did not give them the means to easily talk about the same themes in a classroom setting.

In general, helping people develop a tool kit for participating in discussions on experiences and ideas foreign to them is easier said than done, but there are options that the University and it’s associates can do to better prepare students. One such program that Tulane could further adopt would be the Undoing Racism workshop through The People’s Institute for Survival and Beyond (PSAB), where participants are given an education on identifying racism, understanding where poverty originates from, an analysis of American institutions in terms of who they serve, and much more.  PSAB has impacted nearly a billion people throughout the world with its various frequent workshops and events over the last 40 years, with once-a-semester workshops hosted by Students Organized Against Racism happening on the campus over the last two decades. Tulane further enlisting their services throughout the semester for regular public small-group sessions could help Tulane students talk in classrooms about race, class, and privilege.  On top of this, the organization already has strong roots in New Orleans, so their guidance could be especially profound for students attempting to make accurate arguments about the social and institutional issues the city struggles with. In the same vein, increasing the presence of Tulane’s own community engagement advocates (who do similar work to PSAB in terms of educational work) in the lives of students, especially freshmen, through Tulane-sponsored events could also prepare them to enter into conversations outside of their comfort zones.

While some may be hesitant about using university resources for a problem that essentially amounts to a severe lack of class participation at times, I believe that impact it could have would be much more than just breaking young privileged people out of their shells. For the majority of Tulane’s white, upper-class student body, their collective shell made of the fear of being called racist, homophobic, or ignorant just creates an awkward silence. A small, awkward silence that is a bigger problem for certain class members. For the minority of Tulane students, that awkward silence is a solid confirmation of the fact that they are the “other” in their classrooms and whenever they walk around Tulane’s campus. The impact of that othering can be seen by the majority of a 37 member group who, when interviewed as recently as 2019, said that they would transfer if possible. Their reason? They did not see “that Black students feel like they belong at Tulane”.It is impossible for Tulane’s student body to properly help the disenfranchised and disadvantaged members of the greater New Orleans community if it is unable to even help the downtrodden members of its own community, so the silence simply needs to go.

To further its own agenda of intending to look good for helping those who need help in New Orleans, Tulane could also stand to improve its public service programming alongside its multi-cultural training programming, allowing them to look good and actually improve the lives of those in need. While their annual community service event, Outreach Tulane, is successful at bringing thousands of students together early during every fall semester to work on one project, it is the climax, not the beginning, of large-scale community service at Tulane. This may be fine if the service itself did not consist of things like sending students into New Orleans neighborhoods early in the morning to wake-up residents for a newsletter as happened in 2018.  Thus, improvements can be made, and the administration’s expanding Outreach programming beyond the Fall semester could allow the programming to overlap and bounce off of the multicultural education programs, and create community service programs that were more than just a farce for good attention. If Tulane University, knowing the not-so-underlying problems their student body has, began to properly arm their students for being incorrect and learning about the city outside of their bubble, then maybe the heavy silence would be shattered by the weight of a classroom full of active voices.

Norah Lovell: A visual translator
Artists
We use cookies to ensure that we give you the best experience on our website. If you continue to use this site we will assume that you are happy with it.Ok