Using community for consumerism: Marketing around a crisis 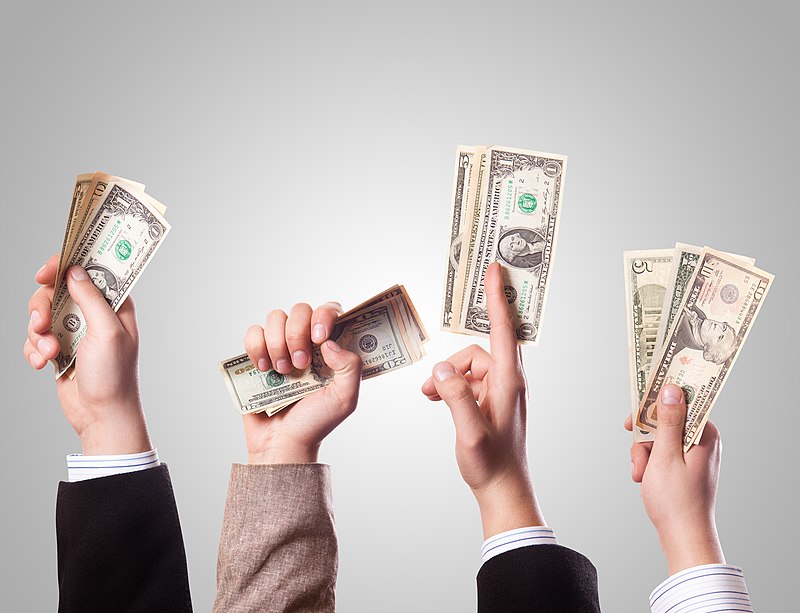 Who is making money during COVID-19, and how are they doing it? (Photo: Wiki)

There is a stark contrast between the life that many Americans lived in February 2020 and the ‘new normal’ most people currently face. Daily routines have changed, our computers and phones are outlets to the rest of the world more than ever before. Nielsen data shows that people are on their devices 60% more during quarantine than during a regular business week.

With this constant digital stimulation advertisers are now able to utilize digital campaigns unlike ever before. But the messaging is different– gone are the commercials depicting crowded streets and festivals. Certain advertisements have aged poorly in light of the shelter in place orders and the amount of turmoil that has followed in the months since their release. For example, Apple put out a commercial for their Airpods that shows a woman walking in busy New York City streets. She turns up the volume and suddenly the streets are empty. The ad shows her dancing alone in empty subway stations and on desolate crosswalks. At the time, the goal of the ad was to show the power of a headset, but the empty streets are now an all too familiar sight.

When a tragedy strikes, the great race of commercialization begins. These life-altering events are often used as a platform to give rise to the latest products. During WWII a tactic was used to place the consumer in the mind of a wartime soldier. Nash/Kelvinator, an automotive company, depicted a fighter as he entered battle saying, “I want to come back to the same America I left behind me . . . where our way of living has always brought us new and better things . . . That’s what I’m fighting for.” This appeal to patriotism is a common pattern that is revealed during trying times in American history. A similar tactic was used in the aftermath of the 9/11 terrorist attacks. Campaign Live described that “the wave of patriotism that swept the US after the attacks lasted longer than sensitivity about images of violence and explosions.” This sense of patriotism came after consumers and brands alike began to reevaluate what their core values were, with many companies promoting a sense of “family” and “community” to appeal to the greater public.

Family and community values are increasingly important throughout the US and the world. A sense of unity is felt as almost every country suffers under an invisible enemy and families are brought together to shelter in place under the same roof. There has been a dramatic change in the commercials that are seen or heard on television and radio. Instead of traditional messaging like “Finger Lickin’ Good” (KFC), brands are now trying to foster a sense of coming together by staying apart and appealing to the hardships that the world is facing. There has been a marked shift from consumerism to community. Some of these ads make sense — health care companies applauding healthcare workers, pharmacies assuring customers that they will be there to service them. Small businesses are even hopping on the bandwagon, urging people to #supportsmallbusinesses and shop locally.

Many larger companies, such as Coca Cola and Walmart, have used the pandemic as an opportunity to spread brand awareness. Articles titled I signed up for Walmart, not for the military are creating an image of grocery workers as soldiers. While this is certainly true, it is only a matter of time until grocers weave this image into their advertising. These large conglomerates should have change to spare and should not be using this time as a way to increase camaraderie with their consumers. Instead, they should leave room for the smaller companies that are struggling to make ends meet and are intertwined in communities across the country.

This change outlines an important hurdle that marketers must overcome: the need to change messaging quickly and appropriately while keeping in mind the ever changing consumer behavior. The window of opportunity to adjust marketing efforts was short, and many brands found themselves cutting marketing spend altogether in lieu of adjusting their message. Companies that rely heavily on brick-and-mortar distribution are finding their supply chain cut short, while CPG companies that relied heavily on TV and print advertising are now redistributing funds to focus on digital efforts. It is likely that this digital shift would have happened eventually– eCommerce would thrive and social media advertising would be vital. The pandemic likely accelerated trends that were coming down the pipeline.

If the marketing messaging and techniques that are being utilized during this time are set to stay in place for a while, there are several key ways that advertising will likely change for good. The first is that digital marketing is king and that the old ways of print advertising and organic brand awareness will fall to the wayside. The second is that companies need to be prepared to alter their goals and messaging to fit with the times. Companies will no longer be able to rely on a single slogan or campaign to carry their sales, as many have aged poorly throughout the pandemic. Finger Lickin’ Good goes against the lifestyle that most Americans have adopted. And finally, brands will be hyper focused on fostering a sense of community. The groups we belong to are more important to us than ever before, and certain connections have grown deeper during this time. Companies will need to focus on the qualities within their sales pitch that align with their customers in order to appeal to this new definition of togetherness.

From the outside looking in: A look at New Orleans’ economy
Local Businesses