The history of New Orleans through food 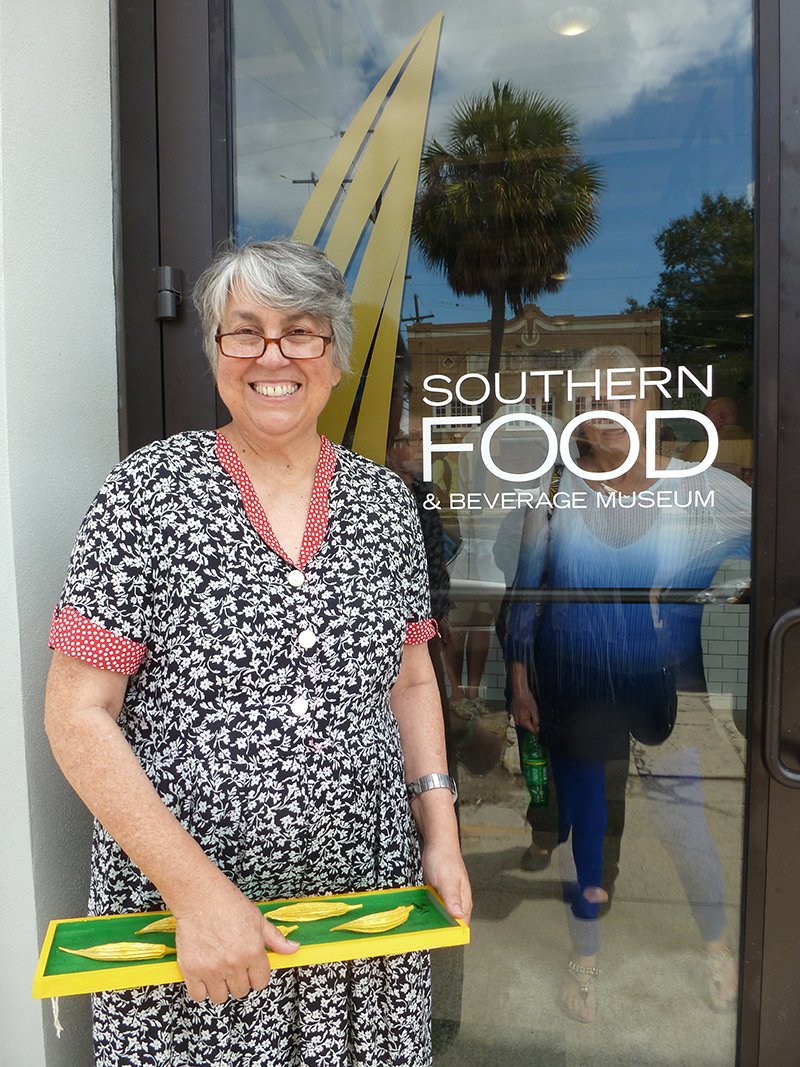 Liz Williams is the founder of the Southern Food and Beverage Museum and the author of several books about the food culture and history of New Orleans. She is very well-known in the “food world” of New Orleans, but her professional life did not start anywhere near this industry.

Liz was born and raised in New Orleans into an Italian family and was always surrounded by fresh food, cooking and a lot of family. Her interest in food began there, but she didn’t make it into a career until way later.  Surprisingly enough, she started off her professional life studying law at UNO and shortly thereafter became a lawyer. Liz stated, “I truly believe that when you don’t know exactly what it is you want to do with your life, you become a lawyer.”

She then got involved with the UNO Foundation. She also helped to open the Ogden Museum of Southern Art and also the D-Day museum when she was in her fifties. With her background in law, Liz used her knowledge and experience to change the direction of her career path once she realized her interest in food was something she wanted to pursue.  She was inspired by Julia Childs, who began her career in her fifties and became very successful enjoying something that she genuinely loved to do. Liz envisioned a place where the intersection between culture and food could be studied. In 2004, she founded the Southern Food & Beverage Museum, a nonprofit educational and cultural organization in New Orleans dedicated to the discovery, understanding and celebration of food, drink and its related culture and folklife in America and the world.

In our interview, Liz revealed some surprising details of the history of the food culture of New Orleans and how it became such an important and prominent aspect of the identity of the city. Normally, tourists associate New Orleans and its culture with the French influence, but in fact the Spanish had an equal if not bigger impact on the food in New Orleans. Over years, many different types of people came to New Orleans for different reasons. When they arrived, they brought their culture with them, and with that came their way of life, cooking and eating. These different aspects were absorbed into what is now the New Orleans food culture. The most impactful culture Liz mentioned was the African culture. Enslaved Africans were brought over for labor within the city; they also brought brand new techniques and the skill of being able to grow food that we are very familiar with now, frying food and rice. These continue to be important aspects of food culture now in New Orleans.

In addition to the history of food culture in New Orleans, Liz also discussed how alcohol came to be such an important part of the city’s identity. She described how the Port of New Orleans impacted and contributed to the progress and development of food culture within the city. New Orleans began to fund itself through an auction for tavern licenses. Citizens also had to pay a tax for drinking that happened at the bars. Essentially, you bought a license and then you paid a tax. So the more you drank, the more money the city had to run itself. It was an alcohol-rich type of culture. Every type of alcohol was popular: wine, cognac, brandy, beer. Also, the beer had very low alcohol content at that time, so children were able to consume beer, making an even broader range of people who had to pay this tax. Another important reason alcohol became so popular is because there was little if any clean water to drink at the time. Finally, the idea that wine was actually a food group had been introduced by the Spanish. It wasn’t a drink. It was considered a type of food and that made a very big difference because it was consumed constantly, and also with every meal. 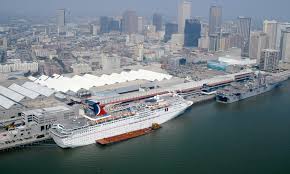 The port of New Orleans. 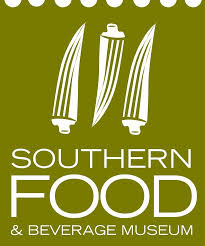 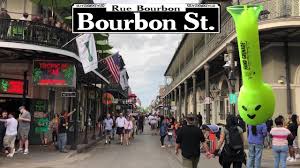 Liz also spoke about the history of the Port of New Orleans and its influence on the development of the food culture and identity of the city. Much of the country is funneled through the Mississippi river, which then comes through the Port of New Orleans. The river goes both ways in the sense that those from outside of America would use the port to bring things in and also to export products. The city of New Orleans and its people were exposed to everything that was coming through the port. For example, the Port of New Orleans the largest importing port of coffee for many years. It was actually called the ‘natural port’ because when coffee was first planted in the Caribbean, the few settlers who were in America at the time used the Port of New Orleans as a way to bring the coffee in. Once that began, they realized they could be bringing in so many different things such as bananas, pineapples and just about everything else. Another aspect of the port is that so many different cultures were present right adjacent to the wharf, where there was a market. The market included people from Europe, from Africa, from China, from the Philippines and other nations, people who spoke their native languages as well as dialects.   Not only did these enslaved people and immigrants bring their languages, but they were bringing in their way of life. Right at the port where the market was, there was an integration and mix of people speaking and sharing their culture, eventually meshing into a gumbo of many different languages, food, cooking, way of life and so much more.

Liz Williams enthusiastically and generously shared her knowledge about food and drink culture and history in our interview. She is in the process of writing her fourth book about the food and drink in New Orleans. Learning from her has been an amazing experience.

The Southern Food and Beverage Museum, like many institutions in the city and around the world, is currently closed because of Covid-19. Until the museum opens its doors again, people who are interested can check out the online offerings, can click here.

This piece was completed for a Media Histories course taught at Tulane University by Betsy Weiss.