When COVID-19 tells us to take care of the people

Covid-19 is the first time we all have been affected by something so deadly that does not discriminate based on race, gender, class, sexuality, etc. Covid-19 has shown the world that we are all humans and that death by the disease can happen to anyone. Despite these facts, discrimination and exploitation have been running ramped all over the world. Specifically in the United Status, the system of social stratification has been exposed in many ways due to African Americans dying at disproportionate rates, healthcare and low wage workers are being overtly exposed, and billionaire corporations getting billion-dollar bailouts.

At the end of March, the Trump Administration began to mail-out $1,200 stimulus checks to qualified Americans, as well as give an extra $600 of unemployment money to those Americans who filed with their states. These are great steps to helping Americans but small amounts of money are nowhere near enough for the average family to sustain themselves during these hard times. Ironically our government believes the complete opposite. United States Secretary of Treasury Steve Munich in an episode on CBS reported that he believes the $1,200 should hold a family approximately 10 weeks. Munich says that they don’t have plans for anything long term because they hope for things to die down around Memorial Day. According to Forbes in February 2019 the rent in Manhattan was $3,000 a month. Trump’s Administration says they’re helping the people, but what people? The average full time working American only makes about $44,000 a year. If American’s were barely making it before  COVID-19 with a job how do Steve Munich and the administration expect the people to make it without a job?

The Trump Administration also wanted to open the country back up on May 1st, but at what cost? Losing more lives for economic gain? Our government has proved that their loyalty is to the dollar and not the people. For example, we are now seeing the states of Georgia and Texas slowly open their state’s local businesses such as gyms, spas, tattoo shops, etc, but again at what cost? For our healthcare workers to continue to not have to see their families or be isolated from their families in fear of spreading the infection. I weep for these people because our personal wants can’t look past this. Our President has failed us with his lack of responsibility for his late response to COVID-19, his lack of dispensing resources to healthcare workers in a timely matter, his concern only truly being to make his billionaire friends happy and the economy flowing with money, as well as his irresponsible advice of drinking hydroxychloroquine, bleach, and other household cleaners as possible solutions. In the unprecedented time of COVID-19 we as the people if no one else should be looking out for each other. 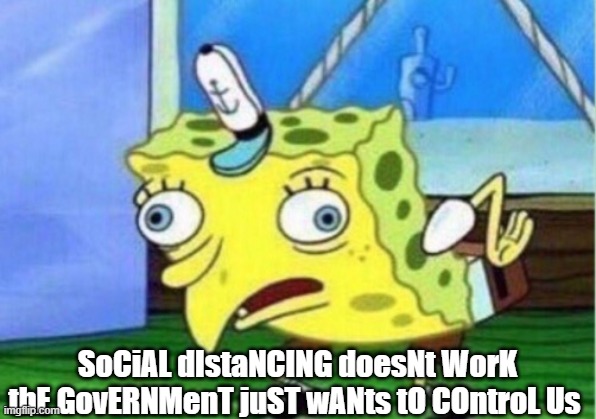 The curve is flatting but as soon as we begin to have millions of people flood the street again the numbers will spike again overwhelming our healthcare workers yet again. Our healthcare workers do not deserve that and nor do we deserve to sit in the house again for 2-3 months all because we couldn’t go without getting our nails and hair done. I also am struggling mentally to sit in the house because prior to COVID-19 I lived a very busy life where I was rarely home. However, I do see the bigger picture that staying home is bigger than me wanting to be pampered or carry on life-like things are normal. I believe that we all need to understand that life after COVID-19 will not be normal for the years to come. It takes years for an antibiotic to be finalized and we are only at the beginning of our journey with COVID-19. We must take our time to keep our people safe as well as open up our businesses, but not just all at once. We are not fighting a physical person but a virus that we are constantly learning about every day.

As we learn more we should also work to adjust our everyday lives to become semi-normal but also continue to practice social distancing. What social distancing practices are best for each state should be made on a state basis, however, opening everything like we are going back to normal should not be the solution. Social distancing matters should be taken more serious to prevent a spike and ever governor and elected official should be on the same page to when we should open the country up as a whole. The reason should be based mostly on the well being of the people and not the economy. In addition, the Emergency Money for the People Act that Ohio Representative Tim Ryan suggested should be looked into more. Ryan acknowledges that the American people unemployed but bills and responsibilities have not left. The plan acknowledges the government works to protect the American people and to do that they must do whatever it is to put us at ease during these harsh times.

Hit of gentrification
Neighborhoods
We use cookies to ensure that we give you the best experience on our website. If you continue to use this site we will assume that you are happy with it.Ok