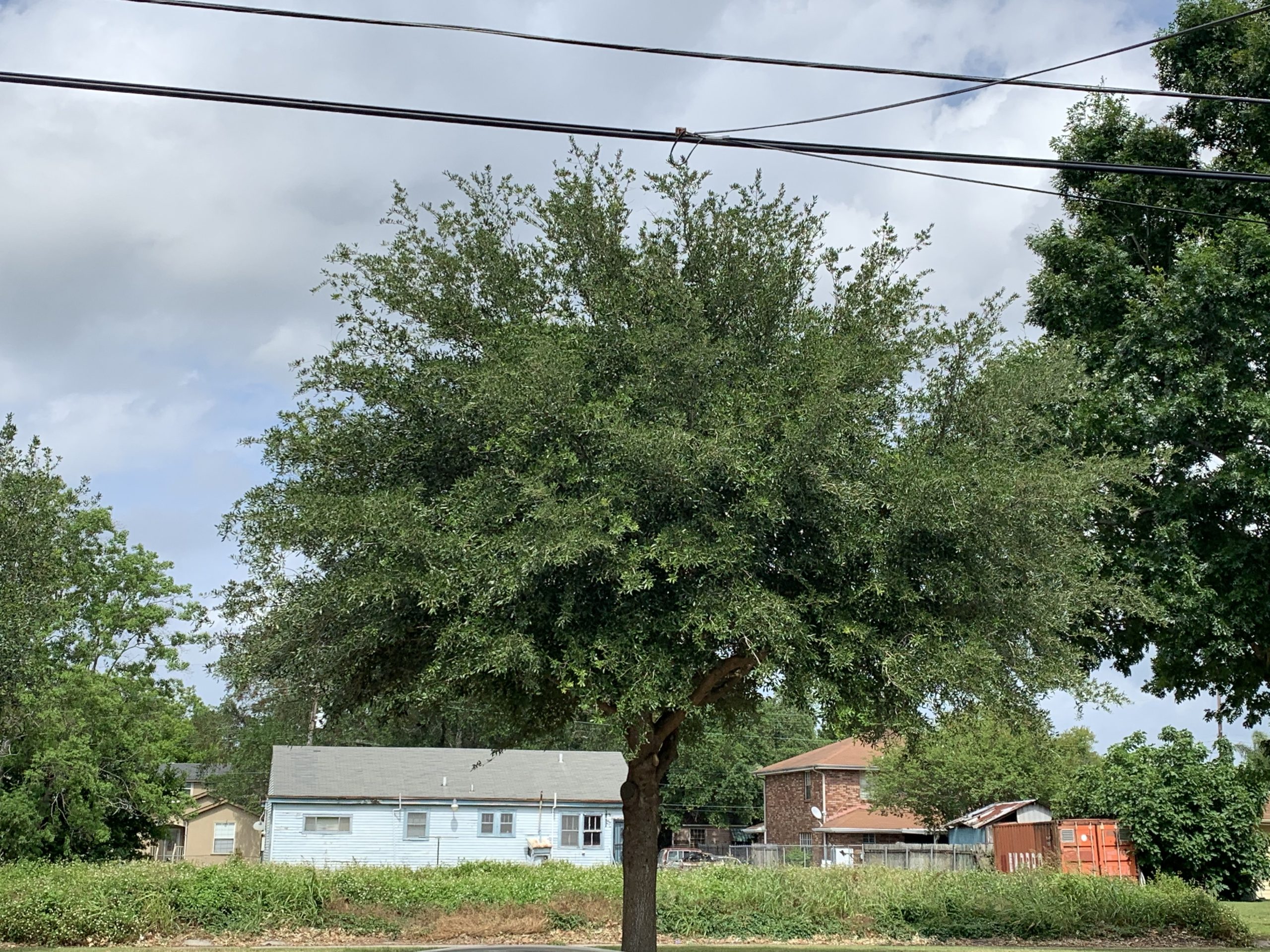 New Orleans East, where an abandoned lot may be another location of gentrification. (Photo by: Kayla Cutno)

August 2009,  I entered the sixth grade and attended Lusher Charter School on Freret St. After school my friends and I would take walks towards the Jefferson St side of Freret where we would see Freret St. Donuts, Village Coffee, Supermercado Las Acacias, and Dominos. In 2011 we gained a new food spot called Dat Dog, and after this, we began to see Freret St flourish with more urban food spots.  In 2016, I graduated from Lusher in the Spring and then attended Tulane in the Fall of 2016 just a few blocks from my high school. I would still dine on Freret St with the local businesses where I notice a shift in different types of businesses popping up. Our local coffee shop Village Coffee was the first to go and then Freret St. Donut. This caused a feeling of depungness which I never felt before. The removal of the local businesses from Freret St was my first personal experience with gentrification in New Orleans. I can remember walking into Freret St Donuts being greeted each morning and feeling welcomed, feeling like family, thinking donuts or a cheap breakfast would be a great start to my day at school. That all changed as more and more chain restaurants and other businesses began to flood Freret St.

By no means am I saying that urban development isn’t something that New Orleans could benefit from, but I am saying that much of the urban development of New Orleans has displaced many of our local businesses and residences. For example, in the New Orleans Mid City area, from 2000 to 2019 there was a 20% drop of African American residences in the area (1). The problem of gentrification is not central to just one area of New Orleans, but the entire city has been affected by the influx of new mostly caucasian residents from all parts of the country.

New Orleans since the mid-1970s began to shift its economy from industrial to tourism and a service-based economy . According to David Gladstone and Jolie Preau, between 1998 and 2001 the hotel sector saw a 70% increase in employment. New Orleans began to market the French Quarter and CBD as the heart of the city full of culture, vibrant color, and music (2). News Orleans also spent more and more money to bring attention to the city on infrastructures like the New Orleans Superdome and Smoothie King Arena, the Morial Convention Center, and even ports for cruise lines. The money spent on the French Quarter was not nearly the same for the local neighborhoods causing rent gaps to grow throughout the city. With many tourists coming to New Orleans and loving the culture this also caused an influx of non-native New Orleanians moving into New Orleans.

After the destruction of Hurricane Katrina, the New Orleans government worked to build its tourism industry back, as well as the CBD and the predominantly white areas of New Orleans. The lack of attention given to areas such as New Orleans East and the Lower 9th ward can still be seen today in 2020. There are still abandoned homes and buildings all over these neighborhoods, which prevent residents, who were primarily black, to move back to the city. In 2006, the New Orleans Urban Planning Committee released its green dot map which wanted to turn areas such as the Lower 9th Ward and New Orleans East into green spaces (6). The Commission received much backlash due to the racist implications of the green dot map. If New Orleans were to implement the map this would’ve displaced a large proportion of the African American communities in New Orleans due to these areas being majority African American residences.

Moving forward to 2020, New Orleans has been currently battling with the issues of the rent gap as well as the popularization of Airbnb’s in the city. Airbnb’s can be found around the city in Downtown New Orleans, as well as in historic neighborhoods such as the Treme, Bywater, and Garden District. These short-term rentals have increased the property value of the neighborhoods, causing locals who have grown up in them to struggle with making payments (6). Furthermore, many neighborhoods, such as Central City and Hollygrove, have been seeing an influx of developers flipping houses and increasing the home value. In December of 2019, the New Orleans government implemented new rules towards Airbnb hosts in the city. As far as full houses that were not occupied by the owners but used for short terms were banned. The city also capped the number of short-term rentals to 25% of units in new commercially-zoned properties and outright banned all short-term rentals in the Garden District and most in the French Quarter. (6).

Because gentrification is not a central problem to New Orleans, studies and efforts have been done to stop the displacement of minorities from their neighborhoods. For example, in the Figueroa Corridor of Los Angeles, California, preservationists, and residents have been working to prevent gentrification in the neighborhood. Figueroa Corridor is predominantly lower-income residences, and in 2000 the neighborhood’s poverty rate was 43% which was double the city’s poverty rate (4).  Hence, because of the proximity of the neighborhood to the USC college campus, some landlords have evicted low-income residents for the students to make more of a profit. Also, there has been a spread of urban development in the area creating more loft-style housing closer to the Staples Center; as well as keeping the houses “preserved” to keep the housing in its historical state. The preservation of housing in the area has aided in the rising housing value of the neighborhood, as well as the urban development (4).

The Housing Trust Fund model used in Los Angeles could be helpful in New Orleans, but there are limitations. First, neighborhood zoning in New Orleans is completely different from many other cities due to the majority of the cities neighborhoods being historical neighborhoods. In New Orleans, each neighborhood has its unique history which is what drives an influx of transplants. Distributing money for each neighborhood’s preservation as well as having money for redevelopment would become expensive. The preservation, as well as developments, could only bring up property value, and I see no way that they could keep the prices low. For New Orleans, it would be more efficient to develop neighborhoods that are still underdeveloped within the city. These renovations would aid in the housing gaps around the city. It should help level the housing market and cause for the other neighborhoods to also develop like the tourist areas of the city. Secondly, New Orleans is a tourist-based economy which makes me skeptical that the city would be able to keep up a program such as the 2000 Housing Trust Fund in Los Angeles. New Orleans also has a history of corrupt politicians who misuse city funds for personal gain. Due to much of the city’s culture being stolen from the black communities, I find no reason why some of the tourism money shouldn’t go to fixing up African American communities. In addition, New Orleans just recently received $28 million worth of tax credits for affordable housing from the state of Louisiana; which the city hopes to create about 642 affordable residences (5). To combat the misuse of funds a neighborhood council should be created that has almost the same control as where the funds go as the city council. Input from the local community is most important and will keep New Orleans thriving. With the aid of the local community, local government, and state government all in agreement gentrification can be eradicated. The eradication will require the people to be put first and profit last.

Definition: The feeling of being stuck when you want to help someone but there’s nothing that you can do.

Example: He saw the mother mourning the loss of her baby and couldn’t shake the feeling of depungness.