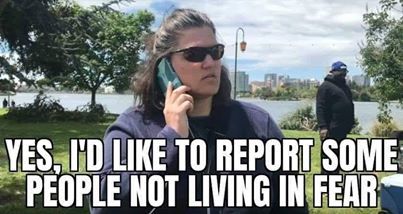 A headline in the Washington Post caught my eye last week: We are nearing the end of the beginning.

And so we are. We have come to our first pause in this perplexing new sequence of events, the end of the first phase of a global pandemic that has changed our world. And with it comes not light at the end of this first short tunnel, but a profound fog.

Because I don’t know the rules anymore.

When public awareness of community spread of COVID-19 began in late February and early March, the rules were fairly clear. Go home, stay home, and don’t socialize with other people – especially if, like me, you were over 60 or had underlying medical conditions.

So we hunkered down and learned a whole new pandemic rulebook: how to Clorox grocery wrappings, shop via Instacart, and schedule grocery pick-ups in parking lots or drive-by collection of to-go orders curbside. No touching. No face-to-face contact. Most of the country followed suit.

After a while, we began to bend the rules a bit. Surely after a month in total isolation, we were all virus-free, right? My own family, which had been split into four — my three grown daughters and their families, my husband and myself – morphed back into one. We started weekend visits for family barbecues; we had parents working at one house while someone watched the kids at another.

Elsewhere, too, social bubbles expanded. People began taking walks with a friend, having drinks with a neighbor, with the tacit understanding that those in each small network wouldn’t broaden their contacts. It’s weirdly like high-school cliques – that lunch table crowd that remained exclusive to one another through the years. It seemed safe, just a minor flexing of social muscle.

But now. Now the rules are morphing into something hazy and interpretive. As states begin to open up, the lines are blurring and the rules are changing, but not uniformly. I can get a haircut in Mississippi, where I’m quarantining, but not an hour away in New Orleans, where my kids live. Beaches near me are open, and dotted with umbrellas and sand toys and kites in the air. Elsewhere they remain closed, barren stretches of sand monitored by officers in dune buggies.

The media endlessly speculates on what the new rules will be. Plastic separators between the tables in restaurants? Disneylike fast-ride times passes to board an elevator? The CDC outlined its concept for the new rules in a 17-page document requested, and then rejected, by the White House. I haven’t seen that document, but would dearly like to know what the experts think about schoolrooms and clothing stores and nail salons.

Still, the real confusion for me lies closer to home. How do we as individuals weigh – and react – to the risks associated with reopening? In my house, the conversations are circular: If the kids go to camp or daycare, do we cut off contact with the grandparents? If we hire a babysitter, and she has a roommate, can we still intermix? If we want to vacation with family this summer, can we fly somewhere? Drive somewhere? Are hotels safe? And then the discussions inevitably return to square one: the idea that we need to continue self-distancing, and stay cautious. Right where we are now.

And what does the rulebook say about higher-risk people like me? “Avoid all social interaction” doesn’t cut it. Because I don’t think I can live for the next year or two in total isolation, never entering a store or hugging a grandkid or ordering an oyster po-boy at a restaurant. Stewart is itching to get back to the office. But what he does – or I do – suddenly affects all the people in his bubble. Circles within circles within circles.

And that’s the lesson here: No matter what various states decree, the rules will be interpreted by individuals. Because it will be up to each of us to decide what is safe personally and publicly. What we must do to protect ourselves and what we should do to protect others.

Some people don’t want a rulebook at all. They want to go back to “before,” when the world was understandable and rules were black and white. My husband chanced a quick dive into a local hardware store recently, and was nonplussed to find employees and the few customers not wearing masks or keeping apart.

”You look frustrated,” said the clerk behind the counter.

“It’s because you aren’t wearing a mask,” replied Stewart.

I’m afraid that people like the hardware store clerk soon will be dictating my rules, by not following the group rules. I have been gladdened by the way the coronavirus has pulled us together so far. Disaster does that. But I would be disheartened if the “end of the beginning” divides us, as seems more and more the case.

A friend recently commented that the most frightening thing about the “new normal” will be that we will be able to tell someone’s political affiliation by whether or not he or she is wearing a mask.

I hope not. But that’s the good and the bad about living in a free society. Americans are fiercely protective of their right to individual choices, and well they should be. But when your choice affects my well-being, who gets to referee? None of us wants a totalitarian state, no matter how succinctly that might stop something like COVID-19. But no society can live without a rulebook, however thin it might be.

Ultimately, this is not about politics. No matter what the rules, or who makes them, we are all playing for the same team here. And if we don’t learn to play collaboratively, it won’t be the end of the beginning, but the beginning of the end.

[…] If you like what you hear, continue the conversation by reading Renee Peck’s column on rules. […]