Let’s get down and digital: Moving sex work online during quarantine 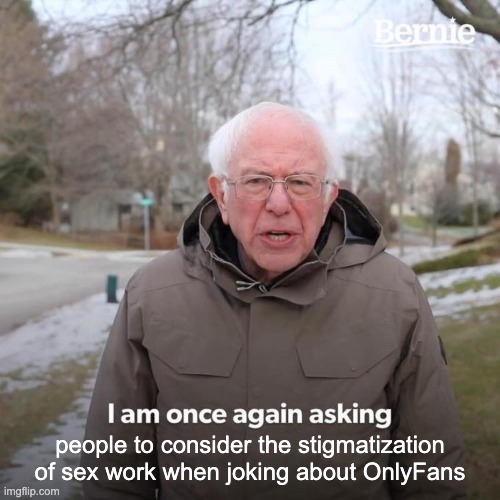 If one is able to find leeway in their COVID-19 financial stress, they might be paying for porn. Since the onset COVID-19 shutdowns, OnlyFans has benefitted from a 75% increase in new users.  OnlyFans is an individual creator-based social media platform that enables patrons to subscribe to content creators for a monthly fee. Although OnlyFans did not originate exclusively for pornographic content, the platform now mostly spotlights adult entertainers. Basically, it’s used to see pornographic content of specific people one can subscribe to, but even within that content, it can range from anywhere to sexy photographs to explicit videos. OnlyFans is not just experiencing a surge in subscribers, but also in creators — 60,000 of them since March 1st (and climbing).

While there is a demand for porn, sex workers are still experiencing large financial losses. Even before stay-at-home orders were implemented, some sex workers had a decrease in business during the preceding weeks. One of the large sects of people in financial stress due to COVID-19 are those in sex work. In places like Amsterdam, where it is legal, sex work is not considered essential by the government. For those in the United States and beyond, stay-at-home orders discourage any kind of physical closeness with those outside your home. It is impossible to guarantee safety from Coronavirus for the worker and client when conducting in-person sex work. Like with school, office jobs, and relationships, there is potential for sex work to be moved online. Some have taken to using OnlyFans as a vehicle.

Anyone with internet access and a camera can join OnlyFans, but fewer can rake in as much money as an in-person sex worker. OnlyFans is still a social media platform, which means online branding is important. While someone may be successful at the business of sex work, significant financial gain on OnlyFans also relies on success in the business of social media. According to some, it is easier to gain traction on the platform if you already have a recognizable name or brand. The success of OnlyFans lies in the demand for sex, but also in that of celebrity.

Recently, some celebrities and influencers have made buzz by mentioning OnlyFans on their Instagram or Twitter accounts. On April 21st, actor and celebrity Ansel Elgort posted a nude(ish) photo on Instagram, with the caption “OnlyFans LINK IN BIO.”  Maybe to the disappointment of some, the link ended up redirecting to a link to donate to a charity. While Elgort doesn’t seem to actually have an OnlyFans, other social media stars such as Caroline Calloway, who has 716k followers on Instagram, seem serious. While some stars may be joking, the influx of amateur creators still creates competition. Although it may market itself as anyone’s land, OnlyFans is still a business, meaning it abides by capitalism’s rules. Considering privilege and power is necessary when assuming who will benefit the most from the system. The reactions to Elgort’s, Charles’ and Calloway’s shout-outs to OnlyFans reveals the power that social and financial capital gives to those promoting an OnlyFans account.

Youtube star and mega-influencer James Charles tweeted, “being quarantined is so boring; wow! should I start an onlyfans?” The tweet, which is considered to be a joke, got upwards 91,000 likes. Charles’ 18.1 million Youtube subscribers has also translated to material wealth — his  net worth is roughly $12 million . While some can joke about joining OnlyFans, others are getting fired for actually working on the site. Once her coworkers found her OnlyFans account, a 24-year-old woman from Indiana was reportedly fired from her job as a mechanic at a Honda dealership. While maybe Charles really is going to make an OnlyFans account, the wording points to the trivialization of sex work. It’s important to note that people aren’t joking about picking up accounting work, for example, in order to curb boredom or make fast cash. The joking notion that sex work can easily be picked up feeds into the stigmatization from our culture that it is unworthy work.

Like all Americans, the financial blowout of the pandemic is putting the security of sex workers in danger. The most-recent popularity of OnlyFans indicates the massive presence of sex work not only to online culture, but to the American and global economy. Yet, sex workers have been excluded from governmental financial assistance in the form of stimulus checks. Corporations are free to commodify sex through branding (among other things) but the commodification of sex by actual sex workers is illegal everywhere in the United States, except for Nevada. In many ways, the coronavirus pandemic is a reaffirmation of structural inequalities, including those of our economy. Without the money to afford sufficient healthcare, among other things, many have and will continue to suffer due to COVID-19. The refusal of the government and culture to take sex work seriously is not only dangerous for the economy, but for the livelihood of many Americans.