Triple-A time: Studio video games offer an escape from the anxiety of quarantine 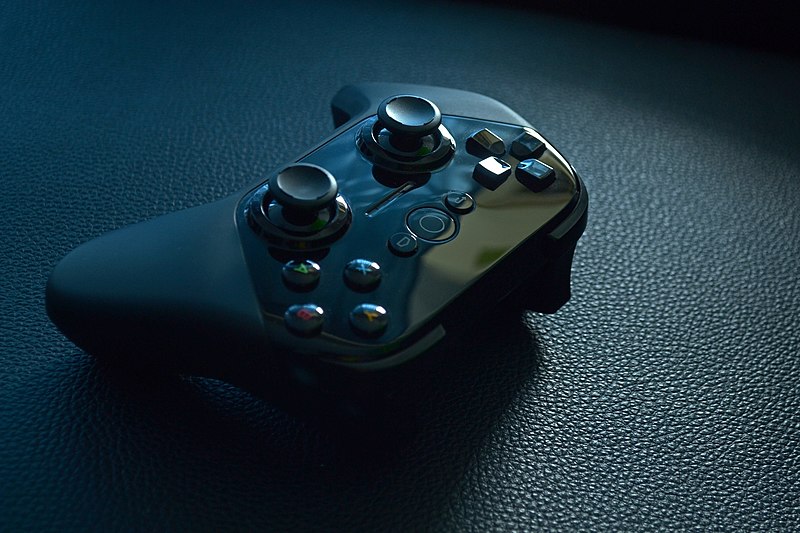 You may feel out of control during COVID-19, so grab this control and start playing games. (Photo: Wiki)

Imagine this: Instead of being an average person stuck inside during the quarantine, you could be a former thief turned treasure hunter trapped in a race against time to discover the long-lost treasure of pirate Henry Avery. You could become the friendly neighborhood Spiderman and save New York City from a sinister plot by your greatest enemies. I’m talking about video games, and they are about to offer you an escape from current reality.

Big-budget video games stretch the capacity of our imaginations and transport us from the comfort of our own living rooms. Big-budget video games are called triple-A games, and they are no longer limited to the violent first-person shooters that appealed to a teenage male audience. “AAA (or Triple-A) video games are to the gaming world what blockbusters are for the film industry.” They are rewarding for players, and in the stressful times of quarantine, they provide a much-needed escape just like movies do. (Except that these movies last ten to forty hours and involve strategy and active participation in the story that is unfolding.)

The community of people playing video games has vastly expanded over the last decade. In fact, “the median age of a U.S. gamer today is 33 and almost evenly split between male and female players (54% compared to 46%, respectively)”. However, these statistics do not accurately represent the participation of these groups in big-budget triple-A games. Now more than ever is the time for older adults and female gamers to immerse themselves in the world of these large studio games. Older adults “tend to gravitate more to puzzle games” that are played on the smartphone. Female gamers trend better but are similar in that only “23 percent” of them play on console; whereas males have a “37 percent” rate of console users.

Since triple-A games are mostly on a console, this makes it a barrier for groups like female and older adults. However, “a traditional game console is in 51 percent of U.S. households.” And, one thing that is abundant during this quarantine is time, and these studio games can offer opportunities to bond. Unlike a movie night, the connection built could be even stronger because the shared experience involves active participation by both parties. For example, an older adult may ask his/her child to teach them how to play a game, or they can bond over the difficulty of a particular mission with the gamer teaching the adult tips and tricks to beat the game.

An interview with my female sibling, who had recently picked up video games revealed a lot about how these games have helped her during the quarantine. She revealed that video games provide a much-needed escape from the reality of the situation at hand. According to her, “It is nice to sit down and play for a few hours without looking at my phone and hearing Corona this and Corona that.” However, she did complain that most of my games tend to involve things she is disinterested in, like shooting guns, but she said the adventure aspects of the game kept her engaged.

More and more people have been picking up video games induced by the COVID-19 quarantines. Fascinatingly, player counts in video games have been increasing dramatically. “A recent surge in the player count of PlanetSide 2 has led the game to break its own previously held Guinness World Record for most players in a single FPS battle. The online game, like many, has seen more activity as sweeping quarantine measures related to the COVID-19 coronavirus pandemic grip the planet.” Now, is the perfect time for big-budget studio games to start shifting their focus to these other demographics. The video game industry for a long time has suffered “with alienating a prime market with purely testosterone-driven content, hardware and merchandising. Games are no longer a ‘male activity’ and the sooner companies take notice, the sooner they can generate larger communities and greater reach.” It is time to radically shift the industry’s focus to equally represent all demographics in big-budget games.

However, in the meantime, I implore people who feel overwhelmed by the disheartening COVID-19 news to try triple-A games. The experience personally has been deeply therapeutic for me, and I hope that many first-time gamers will feel the same. The experience of a game is different from any other form of entertainment. “Unlike a TV show or a movie (or much of real life, for that matter), a game allows you to control what happens next.”, and “Gaming can also provide cognitive engagement, a sense of progress and, of course, fun”. In times like these, it is imperative that we allow ourselves to have fun, and if you are not part of the traditional gamer demographic, I encourage you to pick up a video game controller and get lost in an amazing experience.

Mass surveillance in the age of coronavirus
Photos and Creative Art