The unexpected benefit of social distancing

When the first cases of COVID-19 were reported in Wuhan, China, it marked the beginning of a global crisis. Also known as the coronavirus, this deadly illness has infected close to 2 million people and left no country untouched. Health care systems around the world are quickly becoming overwhelmed as the number of infections continues to rise, and researchers struggle to find a vaccine.

As a result, government officials have taken drastic measures to prevent further spread of the virus by implementing social distancing policies and mandatory stay-at-home orders. These measures are necessary to protect the health of the public, yet they have led to extreme economic instability and high rates of unemployment. Life as we know it has been changed forever, and social distancing has taken a toll on safety, work, and mental health. While it may seem like there is no light at the end of the tunnel, there has been one positive result of social distancing: its effect on climate change.

According to a report from the Intergovernmental Panel on Climate Change (IPCC), transportation is responsible for 23% of global carbon emissions that harm the environment. Within the past couple of months, this percentage has been significantly reduced by strict social distancing measures that have abolished all unnecessary travel. Highways that used to be filled with traffic are now completely deserted, and airlines that used to be packed are struggling to fill even a single flight. While these measures may differ from country to country, transportation and travel everywhere have been affected.

In New York, levels of pollution have been reduced by 50% compared to last year, and satellite images of Europe reveal that nitrogen dioxide emissions have visibly reduced in Italy since the implementation of social distancing policies. Further research also shows that the coronavirus has reduced China’s carbon dioxide emissions by 25% after people were ordered to stay at home, and several power plants were shut down. 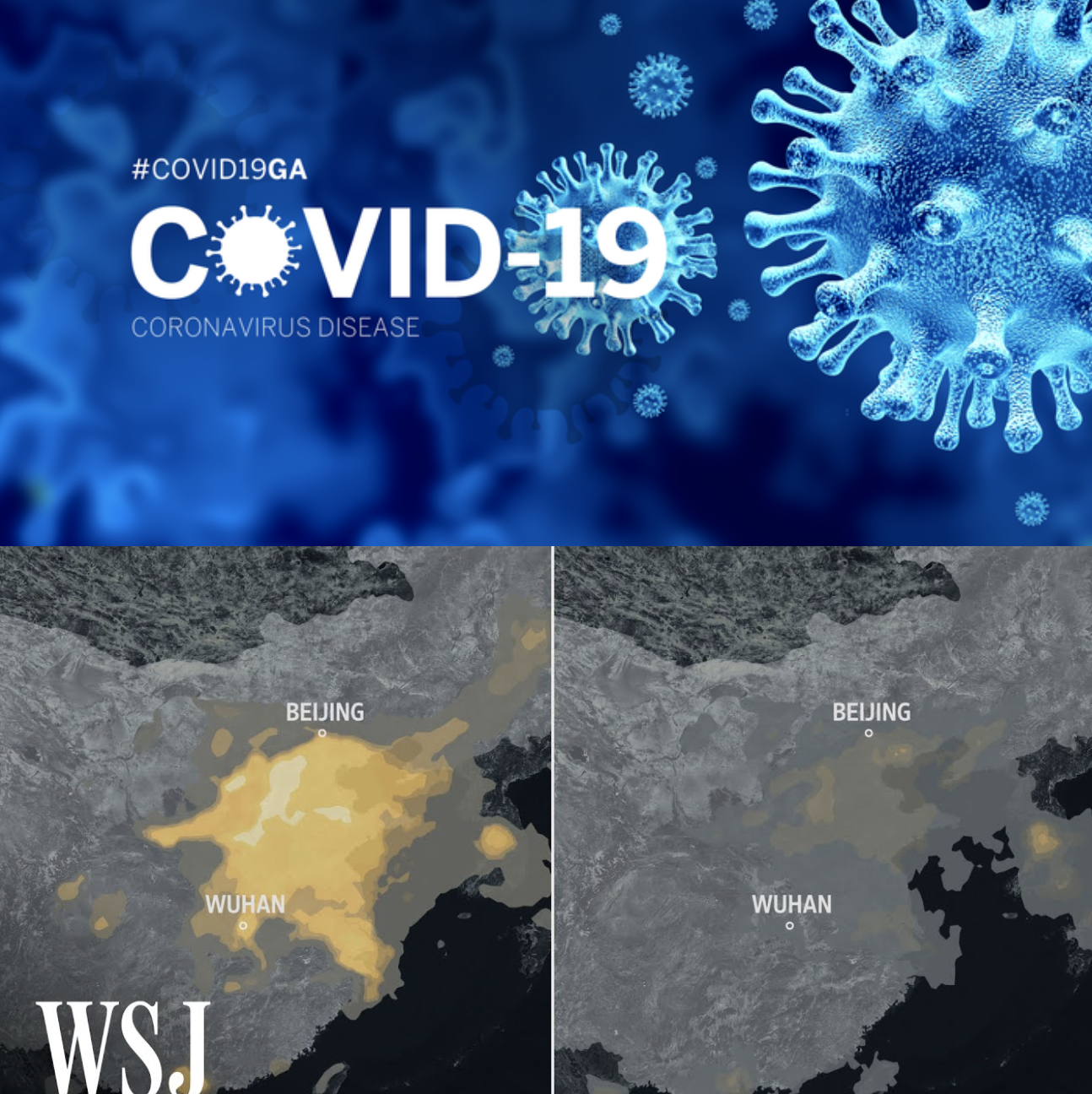 China and the United States are the world’s top polluting countries, which means these reductions have a significant global impact. Earth’s ozone layer has begun to heal itself in just a matter of weeks, and according to the Ministry of Ecology and Environment, air quality has improved by 11.4% in over 337 Chinese cities. These reductions were the direct result of changes in human behavior, and civilians all around the world have been forced to recognize that their actions significantly impact the environment.

Further, the Center for International Climate and Environment Research in Oslo, Norway claims that global emissions for 2020 will still drop by at least 0.3% even if social distancing measures end soon. This statistic provides scientists with additional proof that climate change is not inevitable, and that it can be reduced when people work together.

The environmental effects of social distancing can even be felt on a local level. Lake Charles is a small city in Louisiana that is home to several oil refineries and chemical plants, which produce a lot of pollution. Not only is this pollution bad for the environment, it is also harmful to the health of the public and has caused many residents to develop serious cases of cancer. This environmental issue is well-known and has earned Louisiana the nickname “cancer alley. ”

Many solutions to this problem have been suggested over the years; yet, recent social distancing policies implemented by Governor John Bel Edwards seem to be the most successful. In order to combat the coronavirus, he mandated a stay at home order that required all non-essential businesses to close. As a result, the oil refineries and chemical plants were forced to limit production, which caused a significant decrease in levels of pollution. According to Erin Lang, a Lake Charles native,  the “air has never felt cleaner,” and she believes her health has actually improved. Social distancing was responsible for this environmental change and provided local residents a glimpse at what life could be like without pollution.

While social distancing has proven to reduce the effects of climate change, it is only a temporary fix for a problem that cannot be solved without universal cooperation. If the United States and other counties continue to ignore the warnings of scientists, we could face another crisis as dire as the COVID-19 pandemic in the near future. Going forward, countries need to take equal measures in combatting climate change and take advantage of the effects of social distancing. If society simply returns to normal after the pandemic, the environment will suffer severe setbacks.

Ultimately, the healthcare systems of many developed countries were not prepared to handle the consequences of COVID-19. Hospitals in the United States, Italy, and Spain are overflowing with patients because government officials ignored the warnings of scientists. If the scientists and their warnings were taken more seriously, thousands of deaths worldwide could have been prevented. Let us learn from this mistake and properly prepare to combat climate change before it becomes too late.

Maybe we shouldn’t get back to normal
Environment

COVID-19 is not “the great equalizer”
Race and Ethnicity