Artists in their own words: Michael Milton 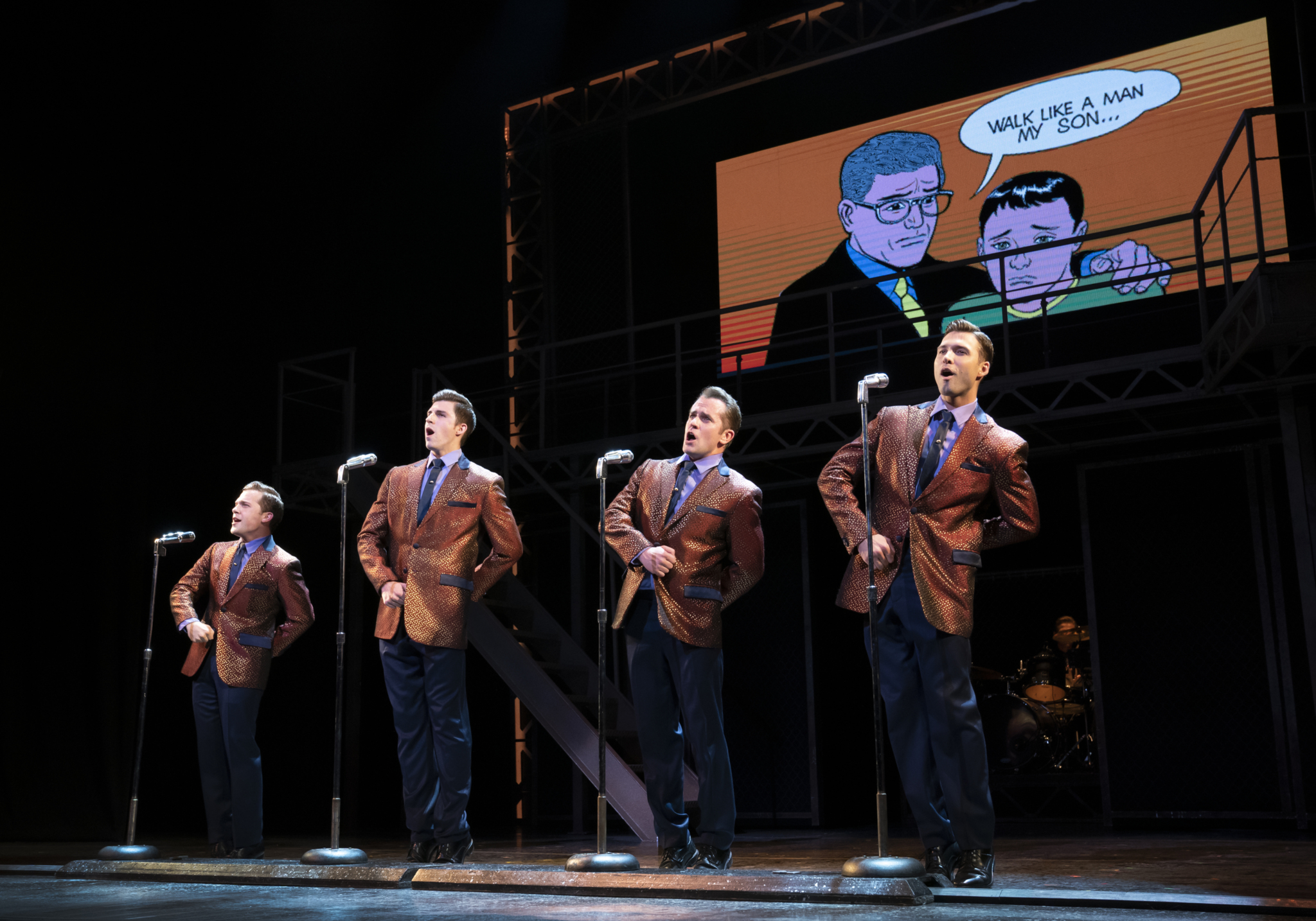 Jersey Boys the musical is coming to The Saenger on March 6 to March 8. (Photo by: TEG FOLKS)

What: Actor who will be playing Nick Massi in the musical Jersey Boys, which will be at the Saenger Theatre March 6-8, as part of the 2019-2020 Hancock Whitney Broadway in New Orleans season.

Something to note: This interview happened right before pancakes arrived, so energy was up!

Q: There’s a point in the Jersey Boys’ lives when they write, ‘Sherry,’ and that changes everything. What do you think of your ‘Sherry’ equivalent is in your life?

MM: Oh my gosh, I feel like I’ve had so many in my old age. When I was 16, I did a show called Big River at a college, and I got the theater bug. From that point on, I knew that this was what I wanted to do.

And I think that would probably be my ‘Sherry’ equivalent.

It wasn’t only about being on stage, either; it was about being part of the camaraderie of other people who are similar to me. I didn’t really realize that until we were all in a room together and we started talking about what we enjoy in life, and there was all this crossover. We wanted life to be about play and discovery, so I was hooked.  I felt like I was part of something bigger than myself.

Q:When you find yourself craving to read a book?

MM: Oh, all the time; yet, I never seem to have time to read the books that I would love to read. Right now, I’m actually starting a new business, so I’m reading a lot about that. While it’s informative and great, I’d really just like to sit and read Harry Potter again.

In regard to when I crave reading, though, it’s usually right before I go to bed. It feels calm. Instead of having all these other crazy things on my mind, I get to go into that book.

Q: Who do you do a solid impression of?

[Pauses to talk with a cast member, who is eating at I-Hop with him, about this question]

MM: Oh yeah, [laughing] she’s saying I do this thing called the ‘Botox face’ where I can make myself look like I’ve had a ton of plastic surgery. Like Desperate Housewives. I can do that impression pretty well.

When I was a kid, Jim Carrey was definitely a hero, and I imitated him as much as I could. I’m sure I never did him justice, though.

Q: This is one for when you’re offstage. When do you love to bust out your base tone/baritone?

MM: [Laughing] As often as possible. Musical theater right now is really focused on everybody spouting off the rooftops. They’re going with the ‘higher the better’ idea. I obviously don’t fit in with those high tones.

The upside with that, though, is that I don’t warm up before I sing. I roll out of bed and don’t do a thing because it helps me sing even lower.

MM: I’m never mad at those who get the things that they want, and that’s often because the people that I know are always grateful for what they have. I would definitely be sad if someone never got anything they worked for or wanted, so I feel like that would be worse.

I think as long as you’re grateful and practice gratitude, people should definitely get what they want.

You can see Michael Milton perform as Nick Massi in the musical Jersey Boys, which will be at the Saenger Theatre March 6-8, as part of the 2019-2020 Hancock Whitney Broadway in New Orleans season.