Here, Emily Hardwick steps into the Backstreet Cultural Museum to get behind-the-scenes with beads. 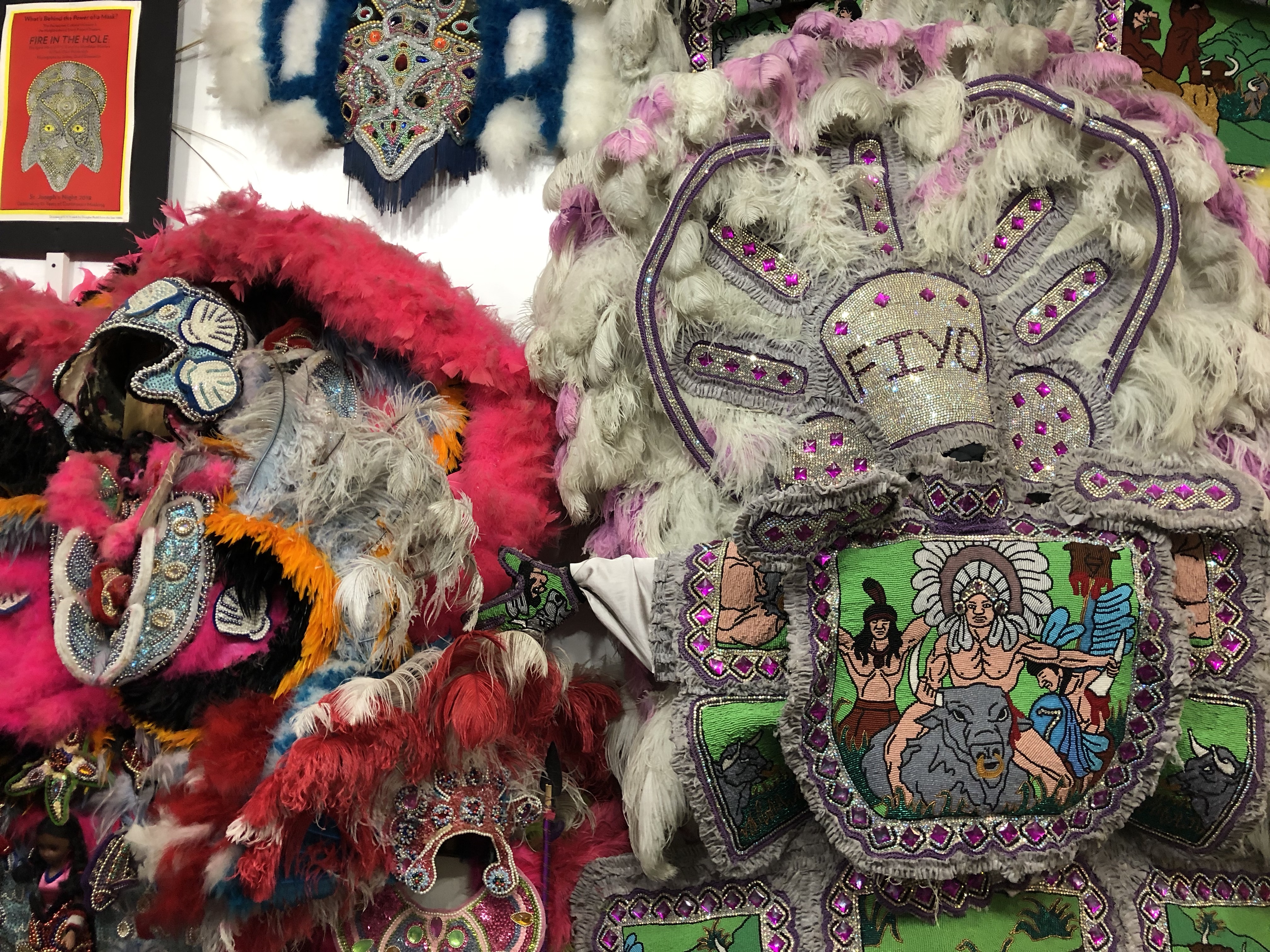 Upon first stepping into the Backstreet Cultural Museum, one feels an immediate sense of awe. Even without knowing the history of the pieces in the museum, you can tell just how much care was put into both creating and preserving each and every item that is within the museum, from the regalia that has been worn by Mardi Gras Indians to the tapes of Jazz Funerals that were so carefully taken and stored. This museum may be unsuspecting from the outside, as it is located in  what looks like a simple house, but once you step inside the front doors, you realize that it is so much more.

Located in Tremé, also known to some as the “back of town” of New Orleans, the museum resides in one of the most historically rich areas of the city and one of the oldest neighborhoods that has, since its development, been a predominantly black neighborhood. This neighborhood is a fitting place for the Backstreet Museum (which gets its name from the nickname that has been given to Tremé), which has been around since its small start in 1988 when Sylvester Francis unofficially started his collection. Francis works to preserve the culture of African Americans in the city by preserving regalia and recordings of the Mardi Gras Indians, jazz funerals, social aid and pleasure clubs, and more, and these customs and traditions developed from the culture and customs of those living in Tremé. Thanks to the museum’s founder, Sylvester Francis, the Backstreet Cultural Museum is home to the largest collection documenting these cultural traditions currently in existence.

Going in to the museum, I had very little knowledge about the traditions and history of Mardi Gras and the various groups within many of the parades; I was the average teenager coming to New Orleans for college without knowing too much about the cultural aspects of the city. I have been doing my best to broaden my horizons and learn more about the rich history that this city possesses, and the Backstreet Cultural Museum was an amazing way to do so. The information about where the traditions of Mardi Gras Indians, Baby Dolls, jazz funerals, and social aid and pleasure clubs came from is very thorough on its own, and those working within the museum are always eager to answer any questions that you may have. When I went to the museum, it was full of people of all ages, tourists and locals, looking to learn more about the experiences and cultural identities that are so unique to New Orleans.

Not only does the museum do a fabulous job of providing education to adults in the area, but the museum and those working alongside it do outreach to youth in the community as well. Guided tours for school groups within the museum, tables at festivals such as the Jazz and Heritage Festival, and the “Mardi Gras Indian Sewing Program” (in which youth can learn about the craftsmanship and dedication that is put into each and every costume and tradition such as the ones showcased in the museum) are all ways in which the museum goes above and beyond to ensure that this unique culture is not only preserved, but shared with as many people as possible.

In my opinion, in order to truly be a part of the culture of a city, you need to dive deeper into the history of the land you’re living on and the people who have lived on it. Being able to encourage education about the history of New Orleans’ people and culture, and being able to recognize the customs that are so rooted in some people’s lives and in many of the traditions that the city participates in (even if not everyone who visits is aware of them) is extremely important, and also allows for deeper connections to be made with the people who it is important to. In my opinion, understanding and acceptance are two of the most essential things when it comes to living life, and I believe that education is a part of that. In the case of New Orleans, I think one thing that is often missing from people’s knowledge of the city (especially among college students who are often just in town for 4 years) is that the customs that are celebrated every year are so much more than just plastic beads and a late-night stumble down Bourbon Street, and that there is a much deeper meaning to the cultures so deeply rooted in the community, geography, and traditions of New Orleans. 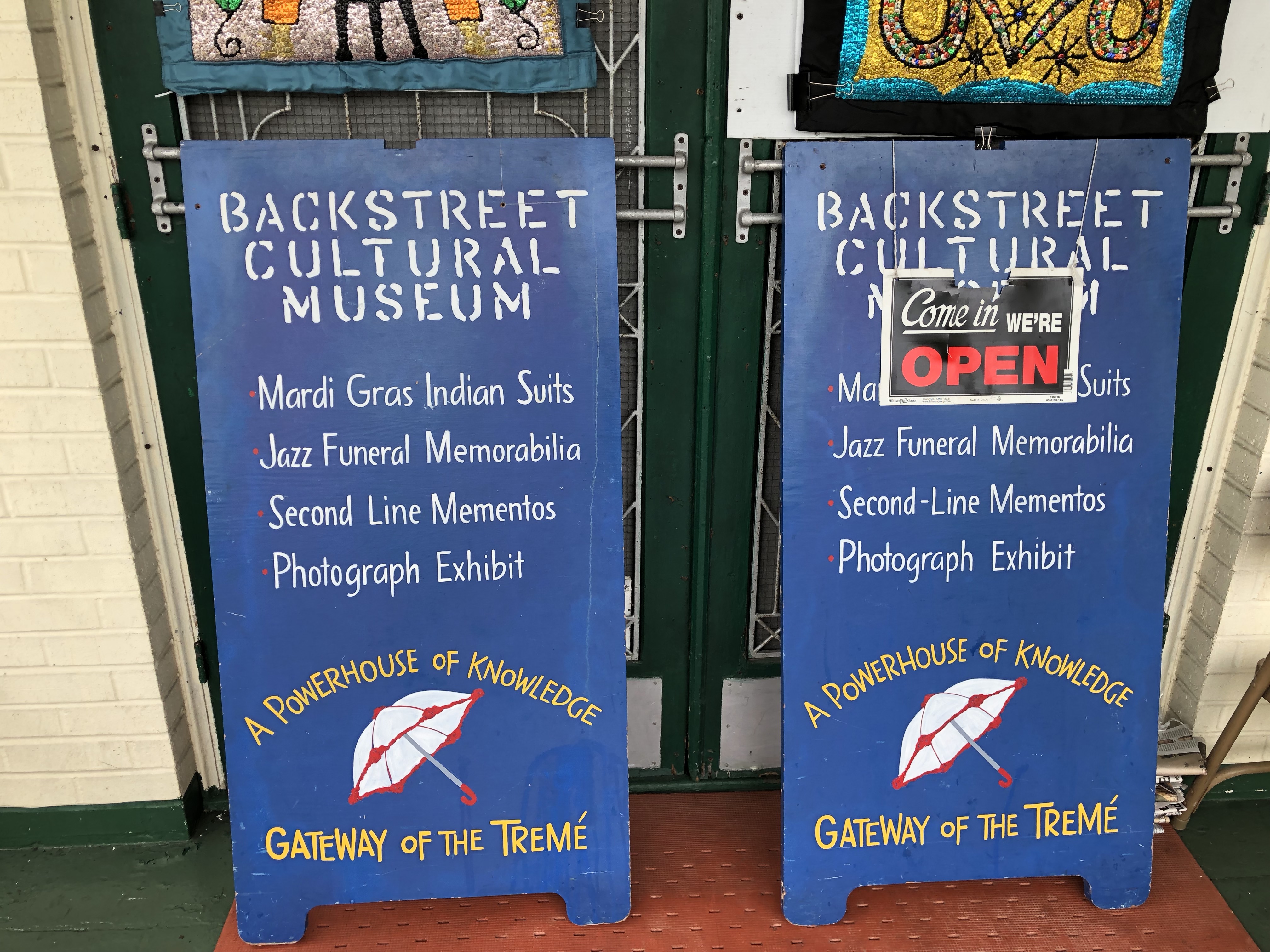 Outside the Backstreet Cultural Museum

Wow…
i’m seating in my office with a cup of coffee reading your article. i most say its awesome and i am reading this post just at the right time when i needed it. Thanks a lot for this because you did what no other person could do. And CHEERS….

Do we still need the Grammys?
Music

In memory of Ronald Lewis, House of Dance and Feathers
Museums
We use cookies to ensure that we give you the best experience on our website. If you continue to use this site we will assume that you are happy with it.Ok