We’ve got your weekend: Music, improv, food deals, and an intergalactic time 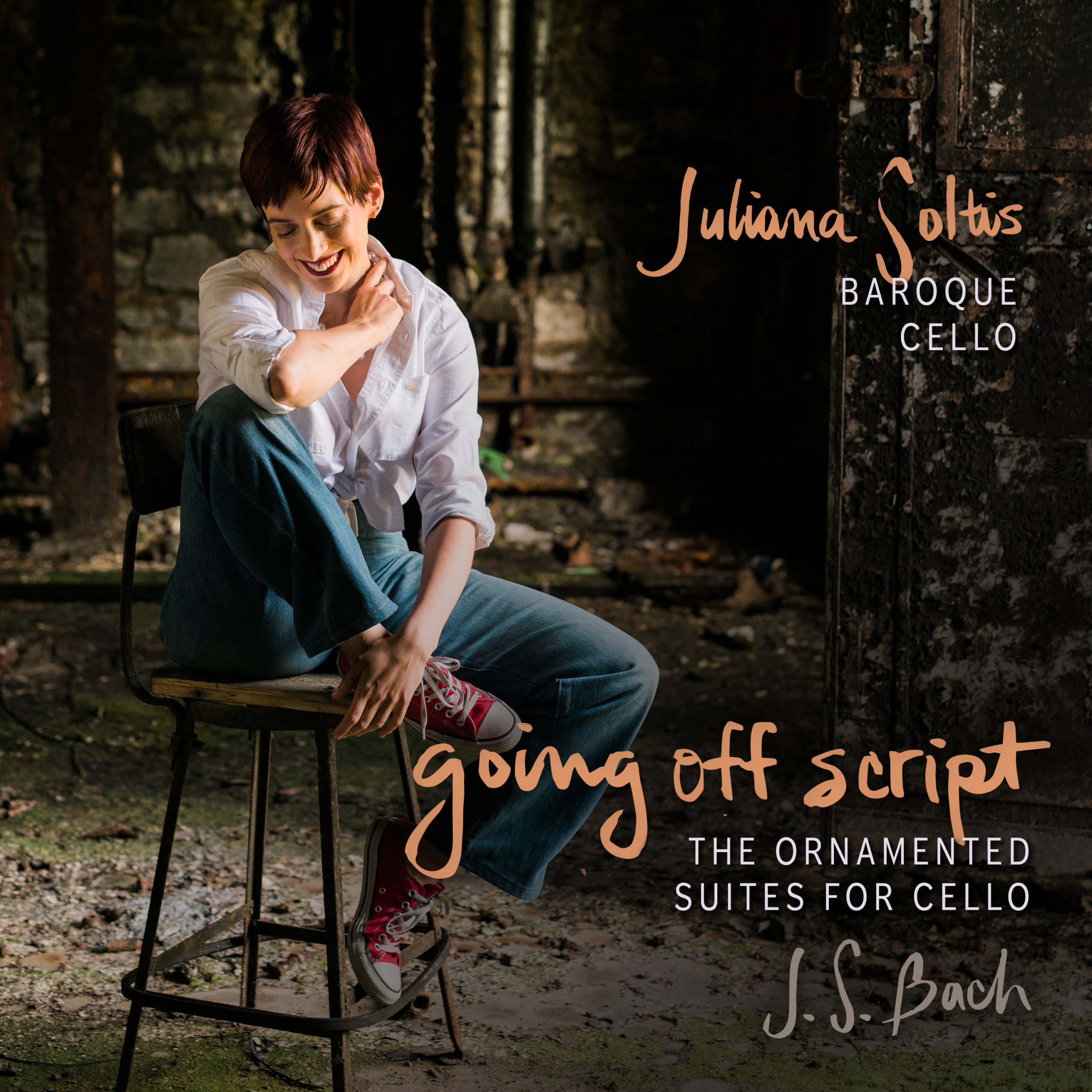 What: Cellist and historical performance specialist, Juliana Soltis, will be performing at Deutsches Haus in New Orleans on January 31st as part of her season-long album tour. The album, Going Off Script, released Fall 2019 and focuses on the long-lost tradition of spontaneous improvisation in the Bach cello suites, and you know how we love spotaneous improvisation at ViaNolaVie! This idea of historical ornamentation remains strangely taboo in classical circles – even as the suites have been de-composed, re-composed, and played on every instrument from the marimba to the trombone – and Juliana hopes that the album will inspire a new conversation about how we interact with Bach’s works in the 21st century. 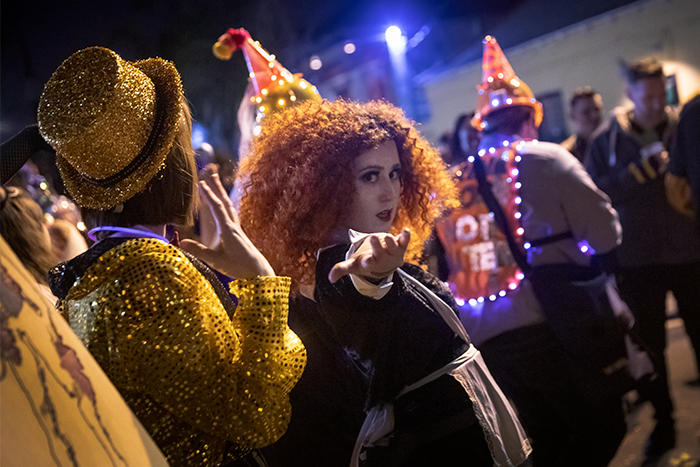 Wednesday, January 29/Toups’ Meatery (845 North Carrollton Avenue): Toup’s Meatery, a Mid-City’s spot for Cajun rustic cookery and handcrafted libations, has just announced the launch of Wine Wednesday. Now, guests can belly up to the bar every Wednesday from 11:00AM – 10:00 PM to enjoy 2 for 1 wine-by-the-glass specials. You know we love a drinking deal at ViaNolaVie, and we also discovered that patrons of Toup’s seeking boozier offerings can stop by during Happy Hour, available from 2:30PM–6:-00PM because they have $4 off all whiskeys; $5 well spirits and draft beer; and a $7 daily cocktail special. Also available during Happy Hour are a selection of Chef Isaac Toups’  Small Plates like $4 cracklins; $6 boudin balls and daily sausage; $7 deviled eggs; and a rotating selection of Covey Rise veggies. Are you hungry (and thirsty) yet?

Thursday, January 30/The Blue House (1700 South Rampart Street): Fika is back on for this week, and in case you don’t know what Fika is, it’s a weekly coffee and conversation hour that takes place at 10:00 AM every Thursday at the Blue House. Fikas are free and open to the public with coffee and bread provided!  This Thursday,  writer/audio producer/sound designer/journalist Maria Murriel will be discussing non-extractive storytelling. There will be conversation around the challenges of enacting this kind of journalism against the status quo, and how working against exclusionary and fragmented narratives is a form of resistance. The brain waves all start at 10:00 AM.

Thursday, January 30/Sanctuary Bar (2541 Bayou Road): Did you hear John Michael has a new boyfriend? Oh yes! In honor of the grand occasion, you and the new beau and the entire audience are cordially invited to meet John’s mom. But she’s deceased… Sad. So he’s gonna summon her from the dead by cooking her famous meatballs onstage! Yay! Wait, what? Southern Rep’s performance of Meatball Séance is an interactive comedy, created and performed by John Michael, Directed by Sammy Zeisel, and Developed by Janet Howe. The show runs Thursday, January 30 at 10:30 PM, Friday, January 31 at 10:30 PM, Sunday, February 2 at 7:00 PM. Meatballs and a séance? There’s no way we’re saying no to that! Tickets are $15 in advance or $20 at the door, and you can get your tickets here.

Saturday, February 1/New Orleans Streets: Carnival is here, and you can get intergalactic with it on Saturday. The Intergalactic Krewe of Chewbacchus returns for an epic 10th anniversary march on Saturday.  The vast Nerd Horde will once again take to the streets on it’s mission of “Saving the galaxy, one drunken nerd at a time” with the theme “THE ROAR OF THE WOOKIEE.” Ya’ll know what we’re talking about. The parade is scheduled to roll at dark (7:00 PM), so look for the glow and follow your stellar instincts.

Monday, February 3/826 New Orleans (1750 St. Bernard Avenue): You can join the conversation between 2019 National Book Award winner and author of The Yellow House Sarah M. Broom, New York Times-bestselling author of All This Could Be Yours Jami Attenberg, and 826 New Orleans Young Writers’ Council members Kawaynea Washington and Paige Mosley. These four New Orleanian writers will discuss creativity, craft and their city of origin. The discussion will be moderated by 826 author and 4th grader Markia Jones. You can get more details and tickets, which are $50, here.

Tuesday, February 4/Compere Lapin (535 Tchoupitoulas Street): Say it with us…Truffle Tuesday. Although the phrase rolls off the tongue, you’ll want to be keeping these flavors on your tongue because after a sold-out smashing success in December 2019, Chef Nina Compton has just announced that her very special Truffle Tuesday Lunch at Compère Lapin will continue every Tuesday from 11:30AM – 2:30PM until truffle season ends in late February 2020. Available for $45 per person (excluding tax and gratuity), the Truffle Tuesday three-course prix fixe features Hamachi Tartare with caviar and truffles; Tagliatelle with black truffles; and a decadent Black Truffle Sundae. The regular a la carte menu will also be available on Tuesday during lunch. Say it with us again…Truffle Tuesday!

Tuesday, February 4/Sanctuary Bar (2541 Bayou Road): Southern Rep Theatre is hosting a Masquerade for Mental Health fundraiser on Tuesday from 6:30 PM until  9:30 PM. The fundraiser will benefit the Loyola Center for Counseling & Education and Care for Creatives. Masquerade attendees can look forward to entertainment by New Orleans’ own Dat Band who play a variety of jazz, rock, funk, dance, and pop music. VIP guests receive a mask to wear and access to the VIP Healing Lounge for services including massage, reiki, and NADA ear acupuncture. Silent auction items, masks to wear, cuisine by Bogan’s King Que and beverages from the Sanctuary Bar will be available for purchase a la carte. No mask, no entry. Tickets, which range between $30-$50 are available for purchase at www.SouthernRep.com/

We’ve got your weekend: Tis the season to be insanely busy
Events

We’ve got your weekend: Aqua Mobs to a historic night of Afro-Creole classical music
Events
We use cookies to ensure that we give you the best experience on our website. If you continue to use this site we will assume that you are happy with it.Ok