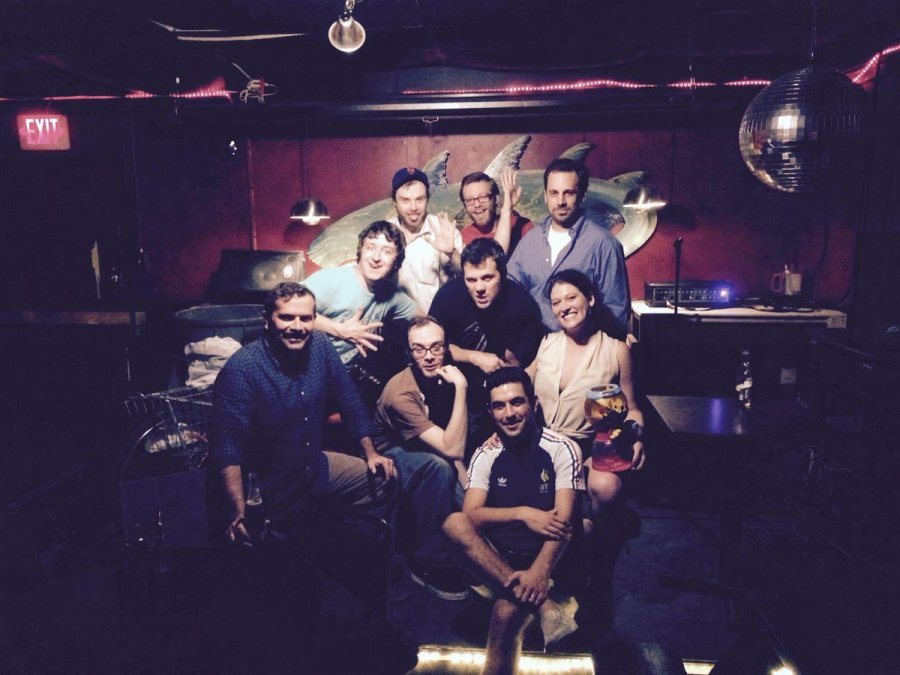 Comedians in New Orleans are the funniest folks around. (Photo: Krewe Magazine)

Vincent Zambon is a stand up comic in New Orleans and has been performing on the comedy circuit for the past seven years. He started stand up comedy at the age of 30 and performed his first show at Carrollton Station, not far from Tulane’s Campus, and he says this venue is one of his favorite places to perform to this day. Mr. Zambon offers insights into the New Orleans’ comedy scene, what makes it unique and how it is evolving in recent years.

When asked what makes the New Orleans comedy scene special, Mr. Zambon jokes that “people in New Orleans can drink on the street.” All jokes aside, the fun attitude weaved into the culture of New Orleans burgeons the market for stand up comedy because there is an abundance different venues in New Orleans, and they are constantly searching for ways to attract people inside.  Because New Orleans nights are full of both tourists and locals looking for a good time, the crowds at comedy open-mics are often more diverse than in other cities.

Mr. Zambon explains that comics who visit New Orleans tend to enjoy performing here, because “the audiences are not solely made up of other comedians, unlike in a lot of other cities.”  Venues such as the House of Blues, Carrollton Station, High-Ho lounge and the Howlin’ Wolf, attract a variety of people to their various open-mic nights throughout the week. For example, the Howlin’ Wolf hosts “Comedy Beast,” a stand up show every Tuesday.

New Orleans is not traditionally a hub for a strong stand up comedy community, but Mr. Zambon insists that the scene has grown and expanded in recent years. “When I started” he explains, “there were only about three shows a week, but now there are up to three shows a night.” Stand up comedy can be a particularly challenging profession, and Mr. Zambon credits the increased number of shows available for giving him more chances to improve. “When there are three shows a night, you can hope for one, two good shows, even if you bomb all three, you have the next night to try again,” he said. This expansion of opportunity for comics has resulted in the attention of many new talented individuals onto the scene. For example, comedian Laura Sanders moved to New Orleans and recorded a comedy album, which debuted on the iTunes comedy charts at number one. “For her to come here, that says something about what we’re doing,” says Mr. Zambon.

Ms. Sanders isn’t alone in her success; Mr. Zambon insists that one important and unique aspect of the comedy scene in New Orleans are the contributions made by the many female comedians. “There are a lot of really funny women in the scene,” say Mr. Zambon. “If we didn’t have the women we have in our scene, we wouldn’t be as good.” In an age where many female comedians are looking for opportunities and trying to break into a traditionally male-dominated industry, these are encouraging words.

One recent creation that has assisted in the widespread growth in popularity of stand up comedy is the website 504comedy.com, which catalogs all the stand up shows in the city. The site was created and is maintained by comedian Geoffrey Gauchet, and Mr. Zambon credits him with increasing the profile of comedy shows. “You see people getting out of ubers, and cars, and I ask them, how did you know about the show, and they often say ‘504comedy.com,” says Mr. Zambon.

Comedy in New Orleans is a lot like New Orleans itself; diverse, welcoming, and a great time. As the scene continues to grow and expand, comedians will continue to work on their craft and explore their creative environment, and it helps that the community is generally very supportive of one another. When asked if there is anything he wants people to know about stand up comedy in New Orleans, Zambon simply responds, “there is opportunity here.”