Cash only, a look at wage disparity in New Orleans

Spending hours on cooking, cleaning, and hosting dinner is not for everyone, by any means. For those of you considering a special Thanksgiving meal out, remember to hold the Thanksgiving spirit of thankfulness and gratitude for the waiters and restaurant staff working to give you the best celebratory meal possible. The following article, originally published May 21, 2019 by Abby Dolan, focuses on wage inequity in New Orleans. Don’t forget to tip your waiter! 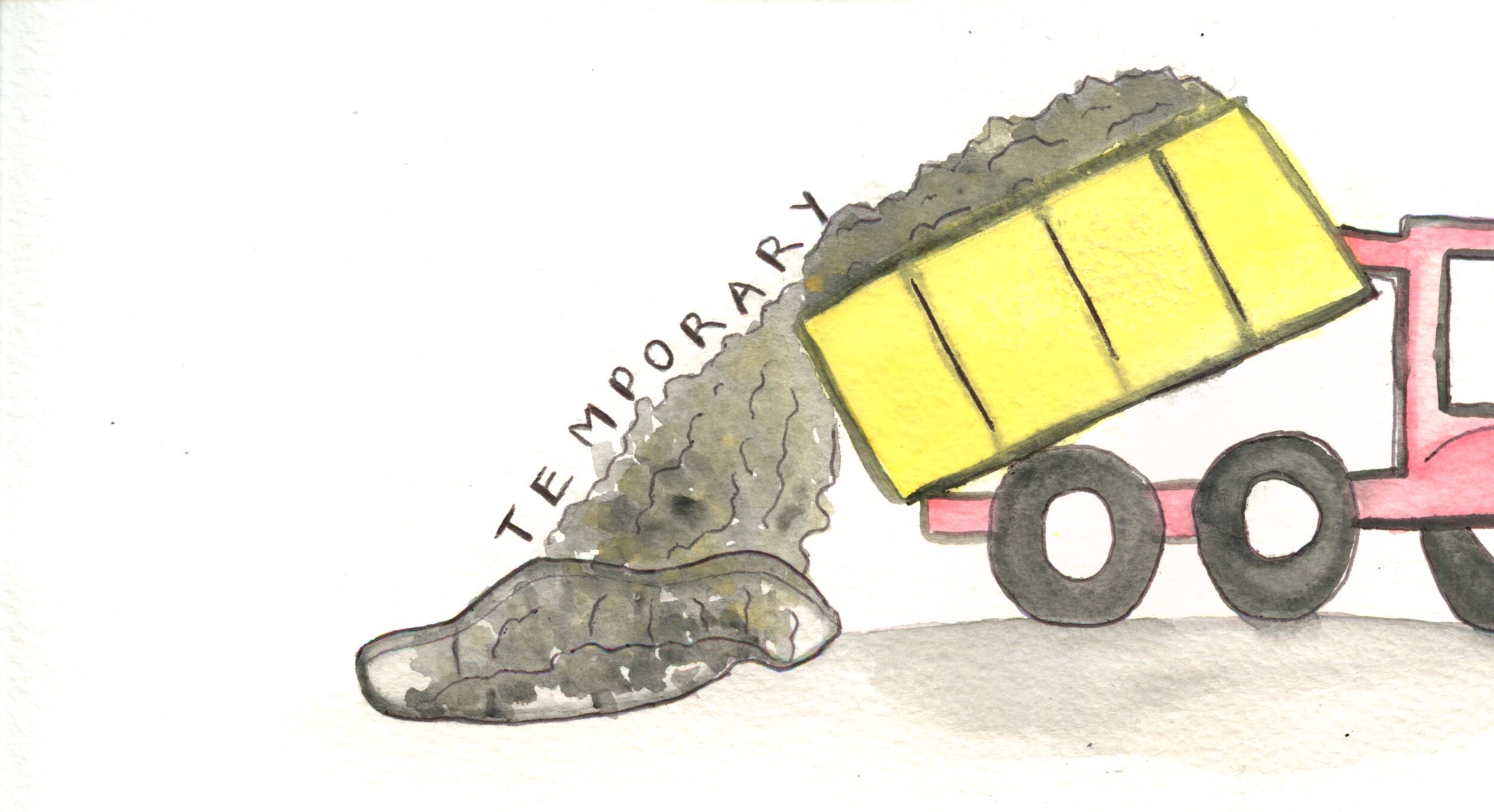 With a tad more wobble in our step from a mediocre bottle of red wine, we stumbled through the cobblestone streets of the French Quarter, reminiscing on our first Valentine’s Day we’d spent two years prior. We’d decided to pass on dessert at the restaurant, craving something slightly greasier than the classic heart-shaped box of chocolates.

We jay-walked across Decatur Street, past tourists and couples alike, and weaved through the green chairs and white tables of Café Du Monde, for beignets and a frozen coffee to share.

It wasn’t long until we were greeted by our uniformed server, Lee (according to her plastic name tag), to take our order. Her white collared shirt and apron stained with coffee, bow tie slightly crooked, with remnants of powdered sugar on her black pants and shoes.

“Happy Valentine’s Day,” I exclaimed looking around at mostly empty tables, “I’m sure it was packed in here earlier!”

Shit. Why couldn’t she have just gone with the classic, “Oh yes! Happy Valentines Day you two, may I take your order?”

Uncertain how to appropriately respond, I said, “We’ll have one order of beignets and a frozen coffee to-go please.”

She promptly turned towards the kitchen to fill our order, leaving us with two small Styrofoam cups of water on the sticky round table.

She returned with our (better yet, my) frozen coffee in another Styrofoam cup (ugh), a small white paper bag of beignets, and a white bill for $8.50. Nick took out his brown leather wallet and removed one of his cards from the pocket.

He removed his only bill, a crisp fifty his grandma had tucked into a Valentine’s card, and handed it to Lee. She pulled out a stack of cash from her apron pocket, and counted out $41.50 in two twenties, a single one, and two quarters. Nick awkwardly fumbled with the bills, trying to determine what to tip her, holding the twenty in one hand and the dollar-fifty in the other, as Lee hovered around the table. He looked up at me, with a look in his eyes not knowing whether to be an over-tipper, or a cheap.

We stood up from the table and walked toward our awaiting UberX. I turned my head back, already feeling guilty, and watched Lee quietly tuck her $1.50 into her apron, wipe the remaining powdered sugar from our table, and greet another happy couple.

This kind of narrative is not uncommon in New Orleans for many employees within the service industry. Multiple protests and rallies have been held in the past few years by organized groups like the New Orleans Hospitality Workers Committee (NOHWC) advocating for rights of the city’s service workers. Such rights include higher wages, paid breaks, sick leave, and access to healthcare, among many other demands. In 2017 alone, the mere number of tourists visiting New Orleans increased 5.07% from the previous year– causing New Orleans tourism to experience a 6.02% increase in tourist spending, contributing nearly $8.7 billion dollars to its economy (1). While these numbers are extremely beneficial to the city itself, and perhaps fill a few potholes here and there, the recent boom of tourism has deep, negative impacts on the industry’s underpaid employees as a whole.

Unlike California, New York, Massachusetts, and many other states, Louisiana does not have their own declared minimum wage. Therefore, the minimum wages of individuals employed in Louisiana correspond to the Federal minimum wage of $7.25 per hour (2). This is starkly contrasted to the $11.00-$15.00 hourly wages in other states. In March of last year, the Louisiana Senate voted against a bill that would have increased the state’s minimum wage to $8.00 in 2019, and up to $8.50 in 2020 (3). Currently, within tip-based jobs, the legal base pay for Louisiana is only $2.13 per hour, in which employees are expected to earn the remaining $5.12 hourly in tips (4).

Despite the cost of living being exponentially less in Louisiana than the latter states, the cost of living in New Orleans has increased in the past decade, specifically post-Katrina (6). A survey, conducted by the U.S. Department of Housing and Urban Development in 2010, revealed that housing costs had increased roughly 33% from before hurricane Katrina, and that New Orleans had 13% fewer housing units after the storm (6). At the time of the survey, Martha Kegel, executive director of Unity of Greater New Orleans, noted that roughly 31,200 households were spending more than half of their monthly income on rent (6). She additionally explained that those who are disabled and the children of parents who earn below or at minimum wage, were considered those most at risk (6).

As of October 2018, Louisiana has the second-highest poverty rate in the United States, at 19.7%,, only 0.1% less that the highest rate in Mississippi (7). This statistic translated to nearly one-in-five individuals in Louisiana living below the poverty level in 2017 (7). In addition, Louisiana ranks the third-highest unemployment rate in the nation (8).

While the only federally recognized holidays New Year’s Day, Christmas Day, Thanksgiving Day, Independence Day, MLK Jr. Day, and few others, other celebrated holidays like Valentine’s Day, St. Patrick’s Day, and even Mardi Gras for us in New Orleans are not recognized. While Federal employees spend their recognized holidays off, the employees in the hospitality, tourism, and service industries often work long hours (which vary depending on the job), and are not compensated reasonably for their time and efforts by being paid as low as $2.13 hourly.

Wardell Harvey, an employee within the city’s hospitality sector once stated, “Working in a restaurant is like constructing a house in which the builders do not pay you. Instead, customers come in and tip you based off of how much they enjoyed their time walking around the house you are trying to build,” he says. “That in itself is wrong. But now imagine that you are already dealing with a messed up system; and, on top of that, the builders are coming in and stealing a portion of that money” (9).

After rummaging through his pay-stubs, Harvey with the help of his friend Shawn Davis, determined he had not been paid the correct wages. Wage theft is not uncommon in New Orleans, and Harvey highlights the significance of service employees knowing their rights, and understanding how their wages are calculated. The forms of wage theft vary, some employees find that their paychecks bounce and employers won’t return their calls; some people are refused their pay unless they are intimate with their employers, among countless other stories (10).

While Nick and I did not steal Lee’s paychecks or cheat her by any means, I can only imagine that our waitress, Lee, did not picture her Valentine’s day spent bussing tables for out-of-towners and privileged students, who would not tip her properly for her service.

Not only did Nick and I act privileged that day, we are privileged. I am grateful to have a family who offers me not only a financial safety net, but also the opportunity to receive a college education so that I may one day be financially independent. My education, worth over $60,000 per year (holy shit), allows me the opportunity to get a job that will pay far-more than minimum wage after I graduate in 2020. In addition, I am allocated a monthly “allowance” by my parents to cover the cost of rent, food, and any other expenditures. My privilege not only advances the opportunities available to me, but additionally does not force me to work in order to put food on the table or to put a roof over my head. Rather, I inherited my privilege. I do not want to make too many assumptions about Lee’s life, but I can assume that my life is starkly contrasted to that of Lee’s, who (I assume) is not granted the same financial safety I am. If only society would foreground qualicess — as in,  the qualitative factors of measuring success such as through happiness — rather than quantitative factors, such as income.

Just off of Tulane’s campus on Broadway street at Zimpel street, there is a large, growing pothole. Everyday, I see cars approach the pothole with too much speed and vigorously scrape their hoods on the rough pavement. At times, the hole becomes so damaging that I’ve seen students get a 6-pack from The Boot Store, set up fold-out chairs, and watch the cars slam the asphalt. Every once in awhile the problem becomes so pertinent that city employees come to fill the pothole with gravel and sand, in an attempt to solve the problem.

Despite their efforts, the sand and gravel only solve the problem temporarily.

The pothole represents a greater issue within the city of New Orleans. The issue lies with the city, too frequently, finding temporary solutions to permanent struggles. Additionally, like the beer-drinking students in their fold-out chairs, as well as Nick and I at Café Du Monde, there are too many privileged bystanders unwilling to lend a helping hand. Despite efforts made by organizations like the New Orleans Hospitality Workers Committee (NOHWC), or employees like Wardell Harvey, members of the hospitality industry are frequently victims to insufficient wages and aid by the city of New Orleans.

This piece was written for the class alternative journalism, which is taught at Tulane University by Kelley Crawford.