Artists in their own words: Ben Aleshire 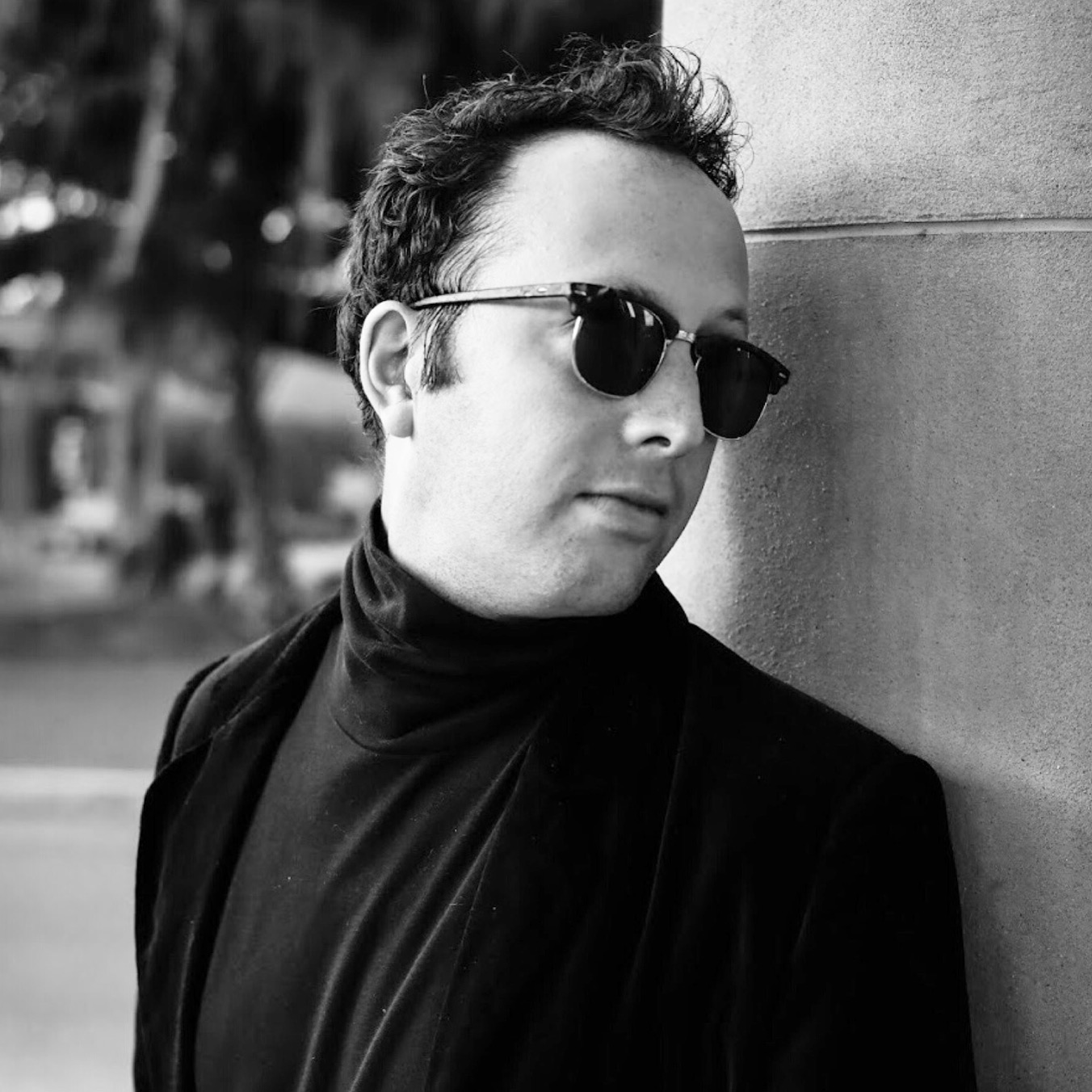 What: Poet, writer, and man with an iron stomach

How this started: We were at a mutual friend’s birthday picnic in November. He had a typewriter, I had a satsuma, and we got to talking.

Where to hear him: Ben has a reading at the Ace Hotel at 3:00 pm on Friday, Nov. 22, for the Words & Music Festival. You can also check out his latest piece on Lit Hub.

KC: I’ve been thinking a lot about the “author as producer,” in the idea that you don’t just create work but you also create a collective around that work. What do you think your poetry “produces”?

BA: I think my work with street typewriter poetry produces, on the surface level, a physical artifact as a means for strangers to encounter poetry who otherwise wouldn’t, or couldn’t. For people who have never been to a literary reading in their lives, poetry is literally manifested as a real object for them, which can then be framed or tacked onto the refrigerator, or folded up and carried around in their wallets, or mailed as a gift. Or ripped up and burned over a pillar candle while chanting curses, etc.

But the real work is producing an opening, a fleeting wormhole between two strangers, where unspeakable feelings and ideas can finally be brought to light and examined. What I mean is, working as a poet-for-hire is a chance to reckon with the threat of rising fascism, with global eco-collapse, with the dread and grief that we carry around all day. And not just negative things—love, too! And complex concepts, like fate. A plumber, for example, might start out thinking they’re getting a cute anniversary gift for their spouse, and then suddenly, simply by explaining how they met, (and with a little diplomatic coaxing) they begin reckoning with why they were put on this earth.

I think that’s where the collective you mentioned comes into play—the poems I write for strangers are mirrors, reflecting our communal consciousness, our grief, our joy. Or prisms, refracting.

KC: If you could hide one of your poems anywhere (for real, anywhere — no barriers of the whole space/time continuum), where would you hide it? Who would you hope would eventually find it?

BA: I have a poem called ‘Waterboarding’ that I would origami into a crane and leave on the Resolute Desk of the Oval Office, the first morning that Obama took office.

KC: Plato, in The Republic, references Socrates’s idea that for an ideal community, there can’t be writers (death through censorship!). Harsh, I know! How would you argue against Socrates’s belief that literature is so effective and has such an impact that it has no place in a logical, structured society?

BA: I’m curious—was that really what Socrates meant, that society shouldn’t have poets or writers? Or was he kidding?

I’m pretty sure it’s facetious. I mean, he’s writing the ideas discussed, oh irony, and Socrates gets arrested after he weaves this ideal society together, so, I’m thinking it’s a bit sarcastic.

BA: I always assumed he was referring to a speculative, unachievable utopia, and so the whole thing has an element of edge-lord irony to it. But if he was sincere about radically reorganizing society, until everyone plays their role in his exquisitely functioning clockworks, well—isn’t it kind of a megalomaniacal fascism? You might as well pass legislation forbidding the birds to sing on Tuesdays.

Confession: I’m somewhat allergic to classical philosophy. I mean, I love it! I adore reading excerpts, and articles about philosophy. But I often skim or skip the originals, because so often philosophy seems to me to be the art of saying something with as many obfuscating words as possible, until its meaning becomes a specialized commodity to be reserved for the elite. I just Kant even.

Or maybe I simply feel burned because one time, I was trapped in a room with a Socratic mansplainer, who wouldn’t stop trying to convince me that a chair wasn’t a chair.

Either way, I have only a layperson’s familiarity with Greek philosophy. I’m something of a lumpenproletarian poet—although I’ve published widely, I’m a proud member of the 93% of the human population without a college degree (not to mention a working knowledge of Plato). No one in my family has a degree, either. I grew up in a ramshackle farmhouse sandwiched in between a donkey farm and a beef-cow pasture. Literature spackled with obscure mythological references makes me yawn. A restless autodidacticism has filled in some of those gaps in my basic understanding of history and literature, along with some classes at UNO (I’m infinitesimally slowly working towards a BA in Romance Languages there), but I remain blissfully ignorant of so very many things.

Clearly, I need a Classics class! Are there any seminars at Tulane I could sneak into…?

KC: What is a line from one of your poems that always sticks with you? Why do you think that is?

BA: Ooh! Hmm. Well, right now I’m working on my first full-length manuscript of poems, FAKE NOOSE. The one I chose to end the book is ‘Elegiac Fields Avenue’, about Earth far in the apocalyptic future, when alien archeologists mistranslate our relics, in order to be able to reckon with the enormity of our grief at having destroyed our world. Bummer, right? But the last lines contain some hope (I hope)—an exhortation to destroy Capitalism and prevent our corporate overlords from enslaving what remains of the human population during the end times:

KC: What’s a food dish you can’t eat because you got sick on it? Tell us the story 🙂

BA: I have an iron stomach! I keep eating everything, even dishes that almost kill me; I’m a greedy, indulgent Libra. For example, I had a tamale at Christmas in Quetzaltenango, Guatemala in 2005 that hit me so bad, I couldn’t even suck an ice chip without vomiting, for several days. Somewhere in that delirium I understood the basic arithmetic of dehydration, and knew I was in serious trouble. Luckily, I was studying Spanish at the Miguel Angel Asturias school at the time, and living with a host family—the matriarch of the house went around plucking herbs she had hung up to dry, and brewed a tea of some kind, which finally I could keep down. Maybe they almost killed me, but I’ll still eat the hell out of some tamales.

Then there were those parasites I got from eating snails in Bel Ksiri, Morocco—but I’ll eat any dog, or snail, that bites me.

BENJAMIN ALESHIRE lives in midcity. He makes his living by traveling the world with a manual typewriter, composing poems for strangers in the street. His work appears in The Times UK, Iowa Review, Boston Review, the Poetry Foundation’s Harriet, and an excerpt of his novel manuscript, POET FOR HIRE, was published in Lit Hub. Nathaniel Rich selected the first chapter for the 2019 Words & Music Festival Prize. Ben is the recipient of a James Merrill Fellowship to attend the Vermont Studio Center in 2020, and has received grants and scholarships from Breadloaf Writers’ Conference, VT Arts Council, and the University of New Orleans. He serves as assistant poetry editor for the Green Mountains Review. Find him at www.poetforhire.org, and on Instagram at @benjamin_aleshire.