Artists in their own words: Alex Rawls 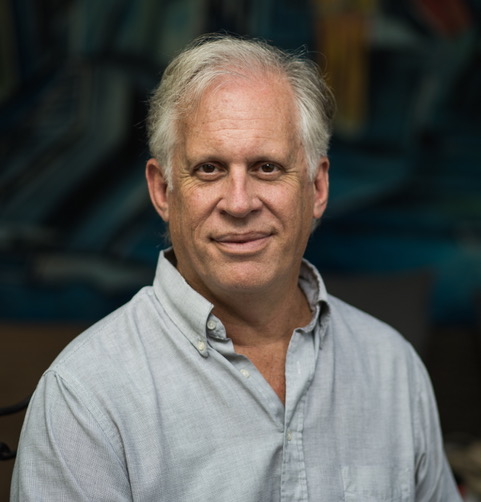 Alex Rawls, writer and creator of the podcast “12 Songs of Christmas.” (Photo by: Patrick Ainsworth)

What: Writer and podcaster

Favorite holiday treat: One year David Doucet from Beausoleil and writer DeDe Cale made me figgy pudding, and I want more figgy pudding. It was great. I’m thinking this year we need to represent with the figgy pudding.

Q: What feeling do you want to have overwhelm you?

AR: Amazement. If I think particularly about Christmas music, I want a song that makes me curious about how it can exist, that makes me wonder how it came to be, and that reassures me. The best Christmas music reassures me that there are real people still out in the world. The songs are so well-made, but there are also so many bat-shit crazy artistic decisions made that you know the creator had to be a real person. A marketing person who is trying to work the charts would never make those choices.

I will take that everyday.

There’s a connection between people and Christmas music in part because they are really well-constructed songs, but also because  they are so familiar. There’s a feeling of comfort with them, like grandma’s cooking. You can settle into the music because you know it. I’m not a particularly nostalgic person, but there are still songs that hit and kick in at a ‘mama’s meatloaf’ level.

Q: Whose Christmas song has a tendency to get stuck in your head?

AR: Well, June Christy’s “Man With The Bag” because that is what’s hitting me right in this moment. That would be as good as choice as any. It’s a great hard-swinging song.

I have to say, I listen to so much Christmas music this time of year that there isn’t anything that sticks in my head. Although, right now, I’m listening to a piece called “El Baile de Santa Claus” by Grupo Exterminador, and it’s so much fun. I don’t understand any of it until it gets to this part that goes, ‘ho ho ho Santa Claus.’ I heard it for the first time about three weeks ago, and it’s really there in my head.

Q: Why do you think humans like to see connections?

AR: Everybody wants to understand their world, and connecting A to B and C makes them feel like they see how the big machine works, even if they connect them wrong. That impulse is one of the underlying ideas behind the podcast, to try to connect songs and musicians from different eras, genres, and levels of success and see if there are patterns and connections that help to explain the place of Christmas songs in our culture.

Part of that activity is thinking about the connections I’ve made to see if they’re true. Or if musicians give me a reason to see things differently. One thing I’ve discovered while asking musicians about Christmas music is that they don’t always think about it as something special and different, and the Christmas-specific questions that I assume must be on their minds often aren’t. For many, a day making Christmas music is just another day at the office.

Q: Where was the strangest place you either interviewed someone or that you’ve been interviewed?

AR: Most of the ‘12 Songs’ interviews have happened right at my desk in my house with my mixing board, and whomever I’m interviewing on the phone. Although, I did go to Tipitina’s to catch Robert Earl Keen backstage.

The most amazing one as an experience was when I was doing a interview with Steve Rehage when he was still the promoter for Voodoo. This was in 2005, and I did it for the Memphis Flyer, and I was having the interview while I was driving into New Orleans for the first time post-Katrina. This was maybe a week after Katrina when I got an assignment from Spin to cover the damage. I had a friend driving with me so we could rescue our animals that were left behind. We had the interview scheduled to promote Voodoo in Memphis, where it had partly moved that year, and I was trying to interview him while we’re driving into the city and seeing all the destruction and aftermath of the storm. I would ask Steve a question and then he would want to know what I was seeing. That was a trip.

Q: If you had to make a holiday dish to represent your “12 Songs of Christmas” podcast, what would it be?

AR: I’m going to say roast beef and microgreens. On one hand, it’s important that the work is rooted in history. Those classic songs are the classic songs, and they are the text that people not only love but that people respond to now. Just a few minutes ago I listened to a new version of ‘Christmas Time is Here.’ The musicians are trying to capture what still makes that song so amazing while also putting a contemporary spin on it. So that’s the traditional part, but at the same time, it’s really important that we represent contemporary music.

One of the things I’ve always found with the all-Christmas radio stations is that I have a really hard time trying to map my Christmas on the music of my parents and grandparents. The idea that I should want to hear songs that were hits 15-20 years before I was born doesn’t make any sense to me. I want to hear music that is part of my world now and part of my recent past. One of the things I’ve been fascinated by and try to include in ‘12 Songs’ is the idea that there are classics that are bulletproof, but there are also some amazing new songs.

There’s a new-ish one that I’m just blown away by. It’s “Sleigh Ride” by The Roots Radics with Karen Carpenter. Roots Radic is playing this deep dub version of a Christmas song, and someone laid Karen Carpenter over that track. It’s deep, heavy, and has this amazingly brilliant groove, and it sounds like Karen Carpenter sang with the group. It’s really powerful, and admittedly, dub reggae is really up my alley — especially from that era — so pair that with a classically beautiful voice of Karen Carpenter and it’s just miraculous.

The podcast can be heard at the links below:

“12 Songs of Christmas” will release new episodes each week through Twelfth Night (January 5), and twice/month following.