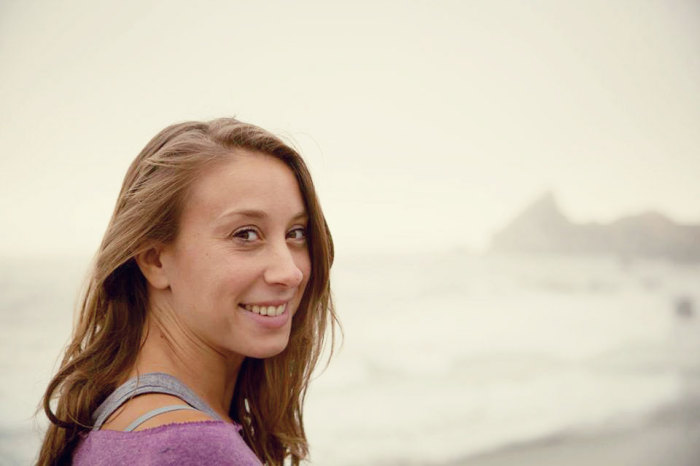 Editor’s Note: The 2017 New Orleans Film Festival is full of fierce female filmmakers, and we are talking with some of our local ladies to find out their inspirations and movie-going rituals.

What: Filmmaker and photographer

One line summary of film: After working with the U.S. Forces in Iraq, Ihssan Sharbah flees to America with his family and is forced to start over.

Screening date and place: Saturday, October 14 at 5:00 PM at The Prytania Theater (screening as part of Louisiana Shorts: Portraits series)

Q: How do you feel like living in New Orleans influenced the making of this film?

CB: I’ve been interviewing strangers on the streets of New Orleans for three and a half years for my project, NOLAbeings. When I get the time, I also love making short films about people I’ve met.

Last year I produced a short film about a barber in Uptown named Bud Adams and posted that on NOLAbeings. As a result, Catholic Charities contacted me and said, ‘We have someone amazing we’d like you to make a film about.’

When they told me about Ihssan, I was excited about the idea of working with a Muslim immigrant in New Orleans whose story is powerful, but not totally uncommon. At the time, Trump was coming into office and was continuing his barrage of anti-immigrant and anti-Muslim sentiments and policies. It felt particularly important to be making a film that spoke to the value of these populations in our community, and tell the story of one person who has overcome a lot to be here and make a new life for his family. Ihsaan is a great example of that.

Many immigrants who come to the US as refugees are not able to find jobs in the fields that they are actually skilled in. For instance, Ihsaan was trained as a chemist and then worked for four years as a translator for the US Armed Forces in Iraq. He had these high-level, important, high-stakes jobs. When he came to the US, he worked as a cashier in multiple gas stations for six years and then drove taxis and limousines. It wasn’t until he got a job with the Catholic Charities working in their Immigrant and Refugee Service office that he was able to use his translation skills and personal experiences to really do something meaningful to him.

I hope his story invites people to see that our immigrant community brings a wealth of talents, skills, knowledge and experiences that are often underutilized when they come here. And that these are much more often than not honest, hardworking people who are trying to create a better life for their families.

Q: What food would you pair with the screening of Really Human if anything was an option?

CB: Mint tea and some tea cookies. When I went to interview Ihssan, his wife brought out this beautiful spread of traditional Iraqi foods, and they had these great shortbread-y cookies we were munching on. At the time, we were carrying suitcases full of gear, lights, and all of our stuff. We only had a few hours total to do the interview. We knew the right thing for our crew to do would be to sit down, drink the tea, eat and talk for a while without doing any set up. But we had so little time! So we ended up munching, chatting, setting things up, and apologizing for being so rude.

Q: Where do you like to sit in the movie theater when you are watching a film?

CB: Highest priority is not sitting behind a tall person. If I can sit behind a reliably empty seat, then I’m happy. And I like the middle to back… if you are too close, your neck hurts.

Q: Why do you think film is important?

CB: Film is one of the most universal ways for people to access the stories, views and cultures that are outside of their own bubble. I have felt so moved by films that give me a lens into someone else’s world that I could never truly see into on my own. And I think when I see films that really give me a glimpse into someone else’s life, I’m able to better hold space for and empathize with their reality.

Movies are so universal, and now with the Internet, short films are especially easy to share and spread. That sort of democratic approach to perspective-taking or glimpsing into someone else’s world can be really powerful.

I see so many films now that are not only trying to tell a story but also transport you into someone’s head and show you what they think and experience. And there’s a certain element of fantasy because no movie will ever give you that fully, but that doesn’t stop it from moving you to think outside yourself.

Claire Bangser’s film Really Human will be playing at 5:00 PM at The Prytania Theatre on Saturday, October 14 for the New Orleans Film Festival. Claire is a New Orleans-based freelance photographer and short filmmaker, and founder of the Roots and Wings Creative. Her work – spanning commercial and editorial projects – is centered around telling human stories powerfully. In February 2014, she started the popular New Orleans street portrait project NOLAbeings. Since then, her work has been featured by a wide range of media, including National Geographic, The New York Times, TIME, Wired, Glamour, Vox, Amazon’s DP Review, Le Parisien Magazine and New Orleans Magazine. Claire leads trips every summer for National Geographic Student Expeditions, where she teaches filmmaking and photography to high school students abroad.

Artists in their own words: Andrea Kalas
Artists

Bringing different angles to music at the 2016 New Orleans Film Festival
Films and Screenings
We use cookies to ensure that we give you the best experience on our website. If you continue to use this site we will assume that you are happy with it.Ok