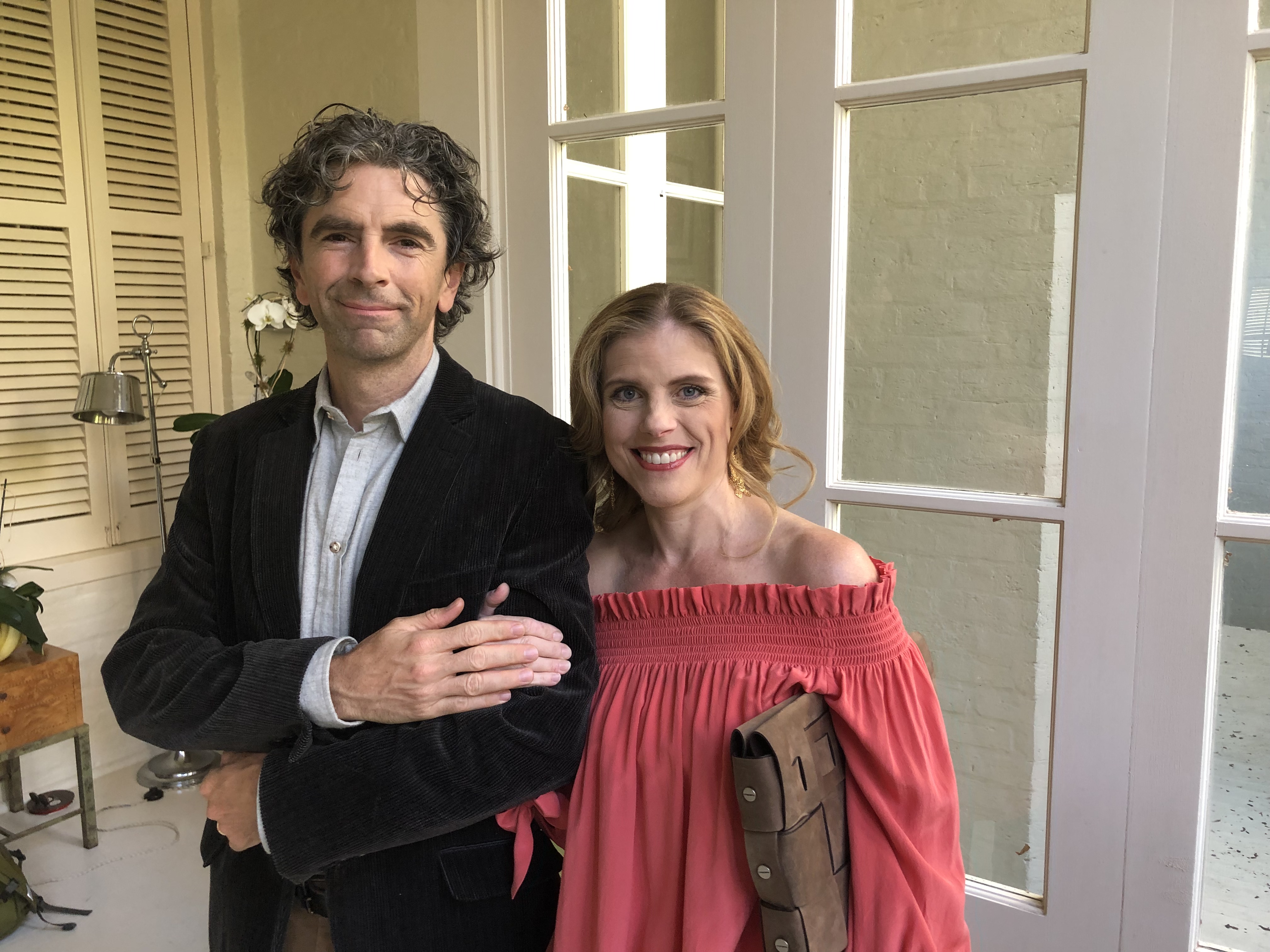 Often movies and TV shows just can’t seem to get New Orleans quite right. But a steamy new TV series promises to change that. Garden District is written by local playwright Rosary O’Neill and directed by Oley Sassone, and it stars a slew of familiar, award-winning local actors, including Bryan Batt, Janet Shea, and Barret O’Brien. Recently we sat down with Garden District actress Kelly Lind and producer Jennifer Zoe Taylor to talk about this provocative new entry in New Orleans small-screen storytelling.

Give me the backstory here. How did Garden District come about?

Kelly: I met Rosary O’Neill on Christmas night last year. Jennifer and I had just finished doing a Kickstarter campaign for a film that I was in that she produced and directed and wrote. Rosary, with her background in theater, was interested in making a foray into TV. So she was like, how do I raise money to make this TV show, and how do I get this off the ground? And she said, I’ve got a role that would be great for you. It was Kitten Dubuffet. We had coffee a couple weeks later and just started talking about it. And Rosary asked, Can I meet the people who produced your film? So I introduced her to Jen, and that’s how the ball got rolling.

Most of us in New Orleans know Rosary O’Neill as a well-known playwright who also started Southern Rep Theatre. Had she written this screenplay or this concept for a TV series?

Jennifer: Garden District started, I guess, as an idea in her head of this family [the Dubonnets], and she kept writing plays. She wrote 13 separate plays about these different characters. And she’s written multiple books about these characters. So if we can get this series up off the ground, we have endless stories to tell.

Kelly: When I met her, she said she had written 12 episodes already. 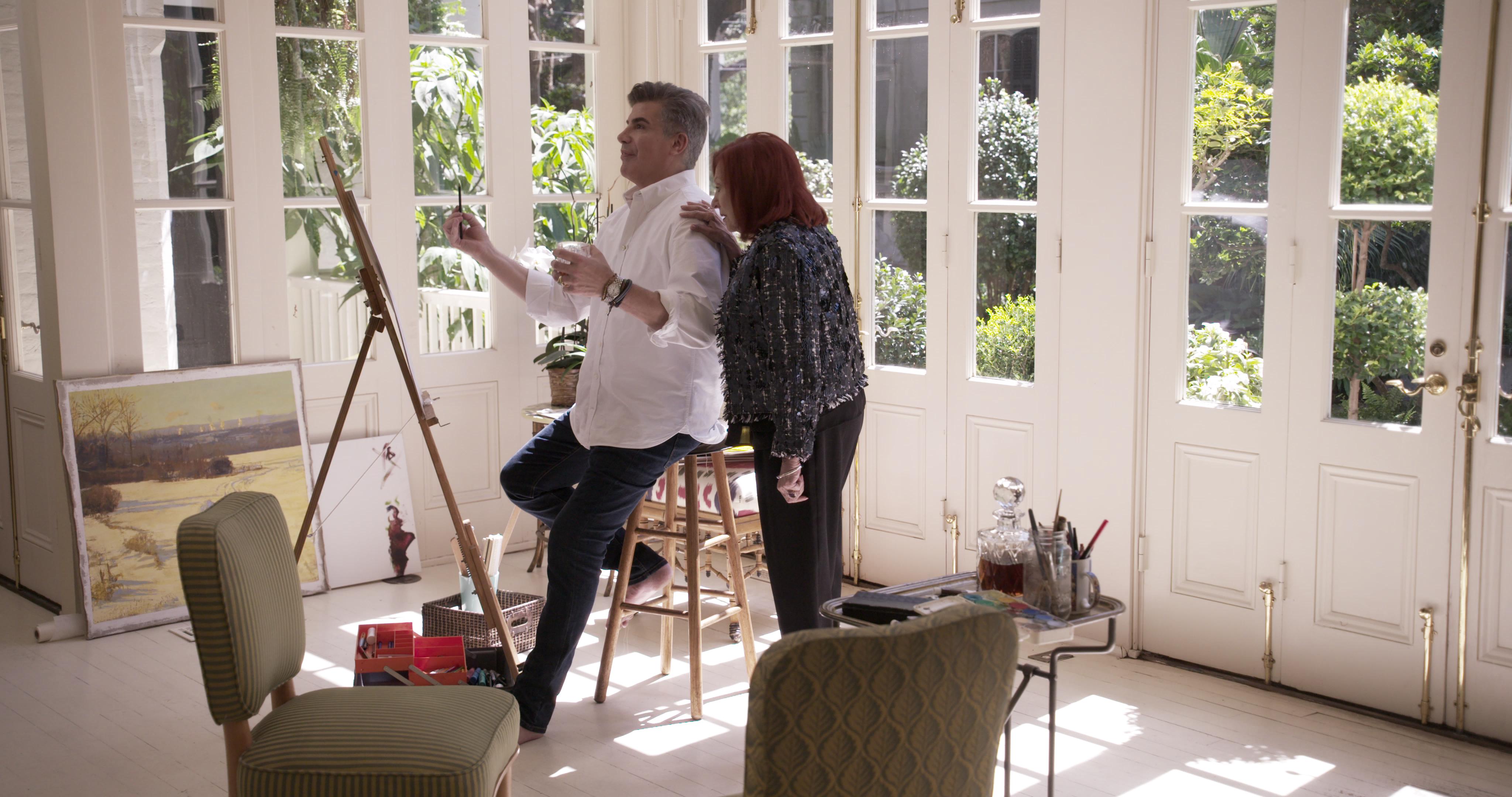 Bryan Batt plays Rooster Dubonnet in the series, the story of a New Orleans patriarch who tries to control his beautiful and breathless heirs from the grave (Photo: John Pope)

Tell us a little bit about the Dubonnet family.

Kelly: The family is like old-school, old money New Orleans high society. Kitten [played by Kelly] would have been a debutante. Rooster  probably would have been a page in Rex when he was a kid — he’s played by Bryan Batt. It’s an eccentric family. And, you know, there are affairs and there’s maybe a little adopted incest going on. I won’t elaborate on it. I don’t want to give too much away.

Irene is the matriarch. The father Pete has recently passed away. Rooster is my brother, and we have an adopted sister as well. Her name is Jasmine. And my husband; his name is Clint [O’Brien].

Is it satire or drama? How much are y’all having fun with it?

Jennifer: I would say it’s satire, it’s drama, it’s very, very real. It’s not at all like a soap opera; it is very much current. It’s what it really is like to live in the Garden District and come from that kind of wealth and what those expectations are when you come from those types of families. And [what happens] when you decide you want to do something different than what those families expect. It’s really about family dynamics, and it’s extremely character driven. It’s set in the Garden District, but it’s really about the characters.

Is it the new Dallas set in New Orleans? 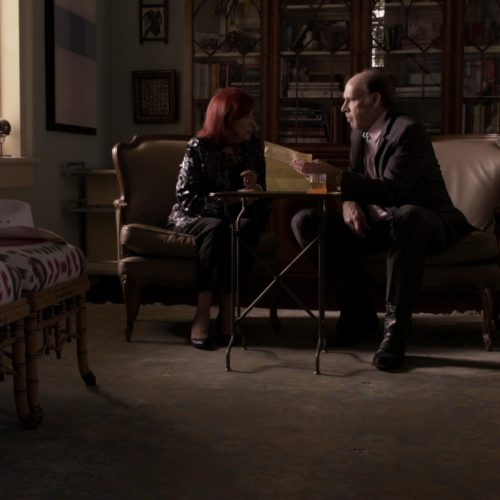 There are a lot of very inside New Orleans story lines. Is that integral to this?

Kelly: Yes, definitely, especially with Kitten. I grew up in that debutante society. I wasn’t a debutante, but I saw a lot of the culture that surrounds it. And yeah, it’s very much integral, because I think Kitten wants to experience something different; she wants to broaden her horizons, rather than just stay in the confines of the house, so to speak, or just do what this wealthy society expects from her.

The blue-blood society of New Orleans is something that has been stereotyped, misunderstood, understood. It’s a part of New Orleans society that is rich for storytelling.

You’re filming in an 1857 mansion in the Garden District.

Kelly: We found this gorgeous house. It’s on Felicity Street. And the owners were kind enough to let us shoot the trailer there, and I think they enjoyed it enough that they let us come back and shoot this short film version of the pilot there. And it’s beautiful. It’s filled with art and the decorating is just amazing. It’s gorgeous.

Jennifer: And the location isn’t just old school New Orleans. It’s got modern art. It’s got more modern characteristics then you know. It doesn’t look like a museum at all, which I think is more authentic New Orleans than the other would be.

Kelly: I think the house is gorgeous spunky, if that’s the style. And the yard is like an oasis. There’s a beautiful pool outside, so we all enjoyed being out there.

What are your favorite TV shows or movies that you think have gotten New Orleans right? Or wrong?

Kelly: Well, I watched a little bit of Treme here and there; I won’t claim to have seen every episode. But one thing that just sticks in my mind about it is the whole gumbo party thing. I think that went terribly wrong. Come on, I understand.

Jennifer: One that I think is authentic would be Down by Law, which is an interesting one. But it really was authentic.

You’re digging a little deeper than most series do into the New Orleans psyche and soul.

Jennifer: Very much so. There’s just so much here in New Orleans that has not been shown to the rest of the world. I think the fact that we’re going to do this as a series gives us a chance to do that. Because trying to do it in a 90-minute movie, you can only scrape the surface. It takes lots of time to develop these things.

Kelly: I agree. I went to college in California. And inevitably, when people found out that I’m from here, they’re like, oh, have you been to Mardi Gras? Yes, I have. Many, many times. But it’s not all what you think. There’s so much more to it. I’s not just going to Bourbon Street, flashing your boobs for beads. It is a big party. But it’s also very much a family event as well, when you get out of the French Quarter. And that’s just one of the aspects of it that I think a lot of people don’t get to see. And they just have this one vision of New Orleans being Mardi Gras and jazz music. 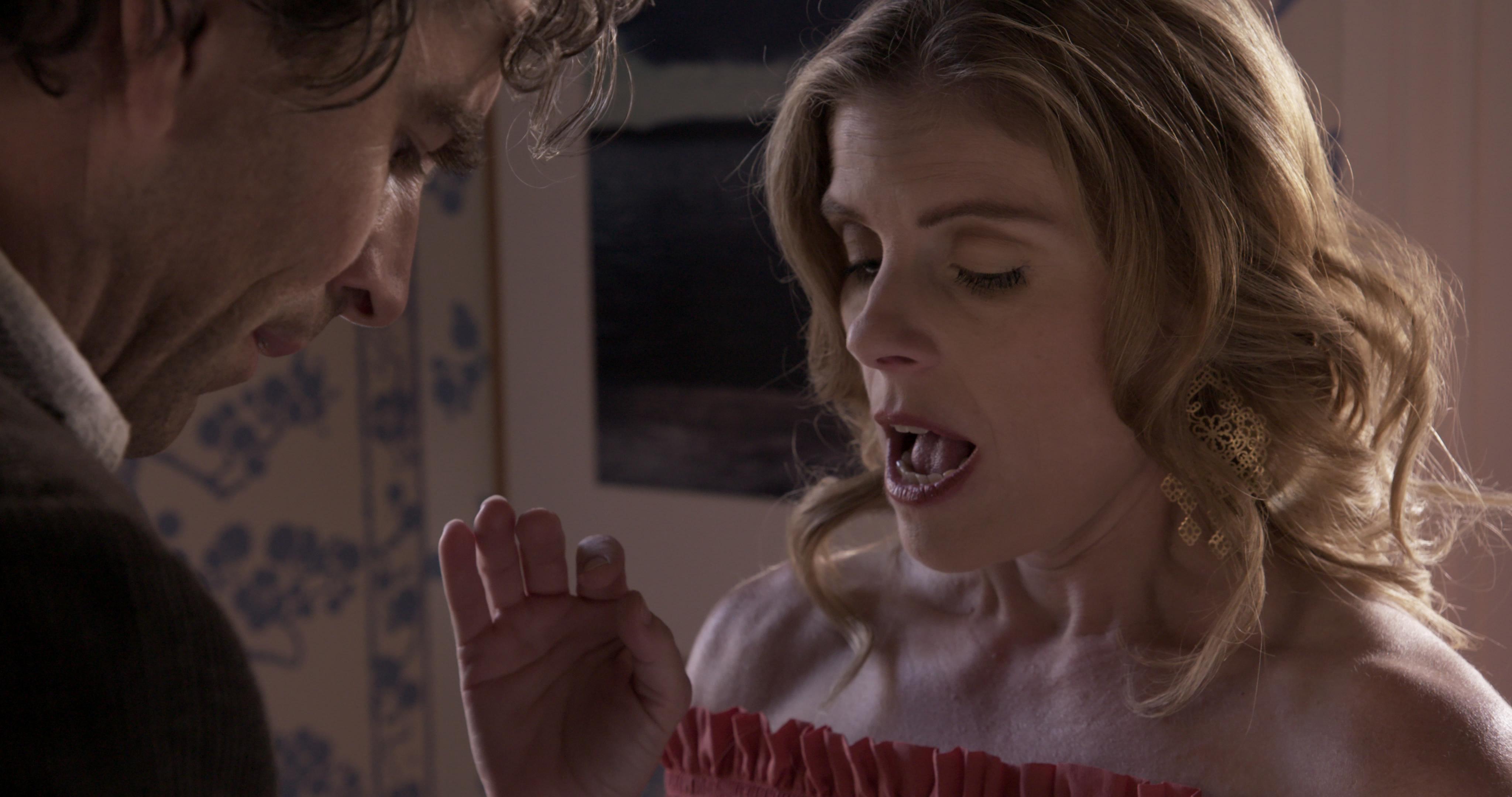 I would think that high society and old money would lend to the intrigue. Also the mystery. What are New Orleanians going to think about this?

Kelly: Well, I’m hoping that we will be able to present it in an entertaining way, where it’s not offensive to anybody. But it does still show the traditions that New Orleans has and another part of society that people don’t get to see. And I think it’s really interesting when you do get to see that. So hopefully people will enjoy.

I know that you have filmed a pilot. Where are you in the process?

Jennifer: There’s a little piece that we did with Bryan Batt, which is a really neat little snippet of what it is. From that we were able to fund-raise, to get money enough to do this 20-minute, short-story sort of mini pilot. And then our plan is to take this now to studios to show them the type of quality film we’re trying to do, so that we can get somebody to sign us up for 10 episodes or 12 episodes. But this has been a process of doing something small to get to the next little thing to get to the next level thing. So we need a lot of help from a lot of people still to get to the next step. We’re fundraising. We will probably always be fundraising,

I hope you can shop it to someone who will understand it and accept it and put it on the air, because we’d like to see more.

Jennifer: That’s exactly why we did the short. We learned that just giving them the script, there’re so many different ways you could view this. So by showing them exactly the high quality, the intensity of the film, magnanimity of our actors, hopefully that’ll grab somebody. And let us do more. We are convinced we’re going to do it. We have no doubt, at some point, you’re going to be able to see our series.

2020 vision: Gazing forward for the new year
Audio and Podcasts
We use cookies to ensure that we give you the best experience on our website. If you continue to use this site we will assume that you are happy with it.Ok