We use the word Creole in New Orleans a lot, to define everything from gumbo to architecture. But the Creole culture has special roots, not only here, but also across the world. Recently we sat down with Edward Anderson, jazz trumpeter, composer and educator, and Barbara Trevigne, Creole historian, scholar, and researcher, to talk about the Creole culture in New Orleans, and a new project called Creole Connections that will trace its ties to Brazil. Find out more Friday night at Creole Connections: Where NOLA Meets Brazil, an evening of New Orleans jazz and Brazilian culture, from 7:00 PM to 10:00 PM at the The George & Leah McKenna Museum of African American Art, 2003 Carondelet Street (details below). 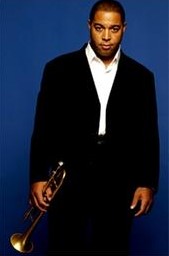 Edward, you’ve made a personal and cultural connection with Brazil, right?

Edward: I went there and fell in love with the place and fell in love with the people. My experience was essentially, wow, these people are almost like a New Orleans of its present day, but also they carry this energy, this love. The warmth, for someone to basically take you into their surroundings and make you family. It seemed to be the common experience that I have with all of the people I met there. It makes you want to reciprocate.

Over the last several years, I’ve been working with a young lady in Brazil named Christina Miranda. She’s become my Brazilian sister, so to speak. We’ve really been focusing on creating a dialogue and also, I guess, a literal connection between young people in New Orleans and people in Brazil. My experiences there have been just amazing. This is northeastern Brazil, so it’s different from Rio. It’s more similar to a place like Bahia. A lot of African retention, and there’s still a lot of Amazonian retention. A lot of ritual still remains in those cultures.

Christine and I spent many days in conversation. We decided that we wanted to create something permanent and lasting. I had gone there with my brother, Darrell Levine, and we performed at festivals and we performed at workshops. Out of that, we decided that we needed to do something more long term. We brought five of their musicians to New Orleans, and Christina also came.  They spent time in New Orleans and Houston. They loved it. It was a natural fit.

What’s the next step?

Edward: We’re going to work on a documentary that shows the cultural immersion on both sides, that is, using some of our musicians from New Orleans. We’re working with musicians who teach at NOCCA, of course a world caliber and globally respected institute of music. We’re going to bring some of the teachers there to introduce jazz. One of the things that I found interesting when I was there, was that a lot of these kids are exposed to jazz via internet, so they might know a lot of the contemporary musicians. They know the Herbie Hancocks, the Wynton Marsalises. But they haven’t necessarily had the exposure to go back and learn who Louis Armstrong is, or Jelly Roll Morton.

So here’s an opportunity to catch them up on history and fill in some of the blanks for them through instruction and through some historic information. I’ve been there; I know they’re going to sponge it up–they just need to have this put in front of them so that’s going to be very exciting and vice versa. You have teachers and you have students that we want to bring there that are going to be experiencing not only the music, but even some of the traditions, like kaipueda, the martial arts that is tied to music and how that can inspire you to see and feel music differently. There’s just a bunch of different things that we see that can be documented and used as tools to connect young people.

What do you hope Creole Connections can achieve?

Edward: We want to break out of the traditional. Let me use hip hop as an example. When you think about hip hop, it’s very cleverly marketed towards young people. It’s cool. It’s hip. It’s not stuffy, it’s not beating somebody over the head with academic. But you can still learn. We see this as an opportunity to really break the mold and not just be about the academic. That’s a given. But how do we make these kids just have a hunger, because it’s theirs? How can they claim it and feel like, wow, this is us; this is ours. This is very important to us as far as growing this into something meaningful.

Barbara: I see going into the homes with the parents participating as well. We can involve the parents who in turn will motivate their kids and see that their kids participate and have them contribute as well. We’ll be looking for some supervisors; we’ll be looking for the things they can bring as parents to help them and help their children and help us as a collaborative, because they have their stories, too. It’s just that maybe they’re not remembering that cultural memory, but once you start talking it comes back. It will be good for them to sit and talk, and dialogue, and they will remember and bring it back, and we can have it on the table for everybody.

Edward, tell me a little bit about growing up in New Orleans as part of the Creole culture here.

Edward: Creole culture wasn’t something that we necessarily thought of outright, but it was something that just happened in our everyday existence. Let’s begin with our religion, which of course was Catholicism. Not only was it a part of our religious practice on Sundays, but we went to Catholic schools. Many of my lifelong friends were made at these schools. Education was always paramount and we were all expected to make our parents proud, in a sense. I think that’s something that we take for granted.

Was music a defining part of the Creole culture?

As I became more mature and older, some things started to make more sense. For instance, my piano teacher, Miss Dolio, actually lived down the street. Now, at the time, she was just the piano teacher down the street. But I soon came to find out that she was connected to many of the most important musical families in the city, including the Batiste family, the Chatters family, the Jordan family — the most prominent musical families in the city. Not only that, but the way she taught was very unique in that, as an African American, you wouldn’t necessarily feel like you would need to learn about Bach and Beethoven, and these sorts of composers, but we did, as part of our repertoire. However, at the same time, I was being introduced to jazz. I was being introduced to spiritual music, and all of that music was equal.

Barbara:When I was at Valena C. Jones School, we used to go to the operas at Xavier University, and we also had the symphonic orchestra that would come to our school with their various instruments and play music for us. So, at a very early age, we were exposed to opera as it was in the 1800s. That was our foundation. It was music.

Barbara, what are the origins of the Creole culture in New Orleans?

Barbara: The Creole connection came about long before we became the Louisiana Territory. There were Creole people living all around the world, because men were explorers and men traveled. There was miscegenation that was already happening before Louisiana existed as a territory, so much so that people stopped resembling the original people that were there. They took on another type of characteristics, another phenotype. They used a Portuguese word of Creole, which meant native of first generation thereof, born in the new colony. People became Creoles in Haiti, in the West Indies, the Mauritian Islands, all over the world.

In Louisiana, specifically, which is my area of expertise, you can identify yourself as a Creole, or someone else identifies you as a Creole, and we have the historic documents to prove that. For example, we have the passenger list records, and on passenger lists, you had to have a passport, whether you were enslaved, or whether you were free, and it gave you a description. … Also, in wills like Christophe Glapion, he identified himself: Je suis Creole a Nuevelle Leone; I am a Creole of New Orleans.

So Brazil and New Orleans share very similar cultures in the Creole populations in terms of music, dress, food.

Edward: Oh, definitely. This is not just unique to Brazil. This is the Caribbean. This is Puerto Rico. This is Cuba. Going to that area of Brazil, the capital city is called Sao Luis. It was colonized by the French at one time, and so the architecture is very much like the French Quarter. The energy is almost like stepping back in New Orleans and going back 150 years, because everyone is dressed in the traditional Creole clothing. It’s inspiring. You can kind of project in your mind what it must have been like to be in New Orleans 150 years ago, and what Gottschalk probably saw when he was writing his Bamboula music. For me, that was really important. That inspired me from the standpoint of this project.

I think it’s very important from both sides, working with young people, that they can see themselves reflected in these mirror cultures. In the instance of Brazil, you’re looking at a population that has not necessarily had the level of global exposure. It’s a very insulated place in a sense. Right now, they’re working toward becoming more global and we feel like we’re a part of that experiment. We’re a part of that process.

In his studies, he knows that Edmond Dédé was a classical musician who left here, and Gottschalk, he’s behind Dédé, but he died in Brazil. And he learned from the Lamberts, the father and the son, they were from New Orleans. They went to Brazil. That’s where Gottschalk learned a lot of his music. He brought some of his music because he heard the rhythms in Congo Square and that’s what prompted him to write his Bamboulas. Of course, he said he would watch the quadroon women walk the streets and watch their hips sway and that’s how he developed his rhythm, by watching their hips sway as they walked the streets of the colony here. It’s a crossover with the culture, and when you go to Brazil. you see people who look like your relatives at home.

My Creole family stems from East Baton Rouge, New Orleans, and St. James. I love that we are a multicultural family with deep roots that are African, Native American, South Brazil, French, Irish, and British.