Each week on their WWNO radio segment, TLP explores issues ranging from healthcare and WhoDat, to tattoos and transportation. Listeners are able to contribute via TLP recording devices at local libraries or via a text messaging service, which then became source material for these programs. This piece aired on September 5, 2013. 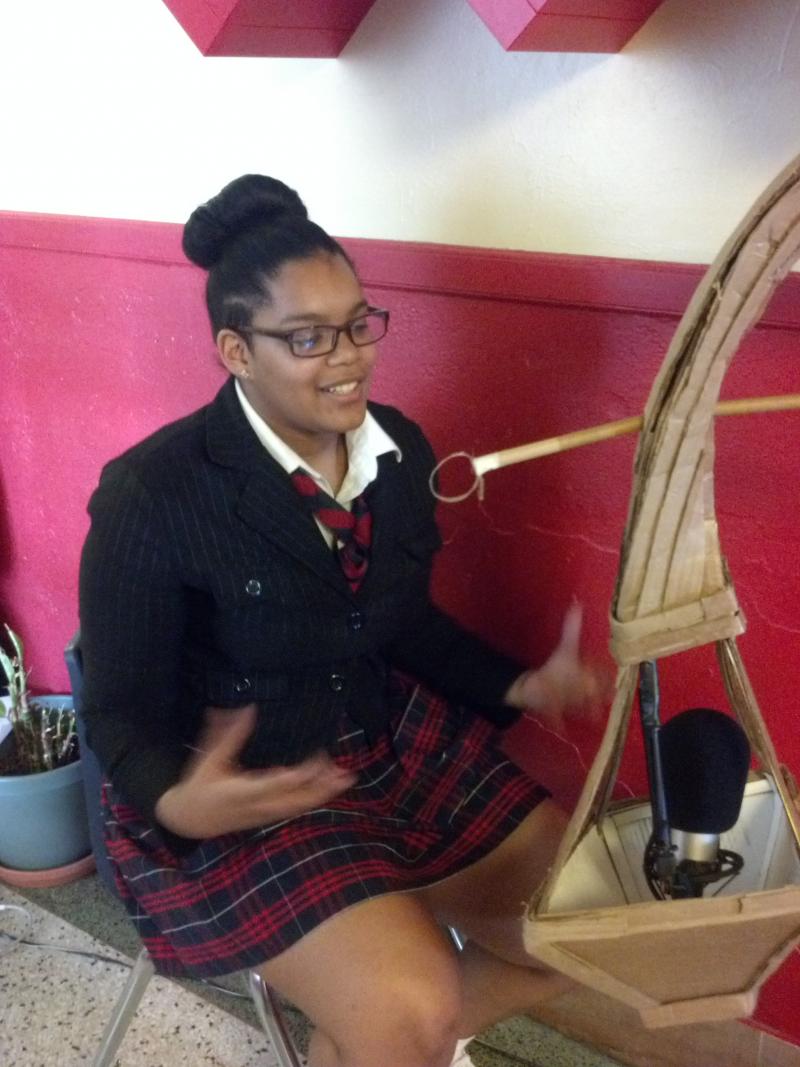 A student sits down at our Listening Post to talk about education.(Photo by: Kate Richardson/WWNO)

WWNO’s new community media project, the Listening Post, has spent the last few weeks collecting commentaries from around the city on the subject of education.

Listening Post recording devices have been present at the Norman Mayer Library in Gentilly and the HeadQuarters Barbershop on Broad Street. And the mobile Listening Post went to the Bard Early College New Orleans program for high schoolers, and our very own Culture Collision event.

Here’s what participants shared as they talked about the new school year, school policy in New Orleans, and what makes a good school and a good student.

Our first voice is Jamal, the owner of the Headquarters Barbershop on Broad Street. His major concerns are that all schools do not offer equal resources, and that schools can expose students to violence.

Viola from Gentilly thinks there are too many school districts and charters, and parents don’t know where to apply for schools.

Seventeen year-old Shanise says she hasn’t been well-educated since she attended Lusher when she was younger. “They taught me at higher levels,” she said. “Like when I was in sixth grade, I was reading at an eight grade level.” She misses it. “I haven’t learned since I left that school, honestly.”

Betsy’s ten year-old daughter is at a Spanish-language immersion school. She likes the school, but says choosing one is nerve-wracking. “You don’t have that many choices if you’re on a limited budget,” she says.

Heidi from Metairie raised two kids as a single mom. She found private schools stressful, for all the attention on getting students into prestigious colleges. “Not everyone fits in a traditional high school setting,” she says. But alternative schools are hard to find.

Tamiera, age 17, says what makes a good student is the willingness to learn. She says a good school must be willing to “strive with the students, and push them to continue to grow,” instead of letting them “slip by the wayside.”

What do you think about flood insurance: Voices from The Listening Post
Audio and Podcasts