Jim Markway and his musician’s Heaven on Earth 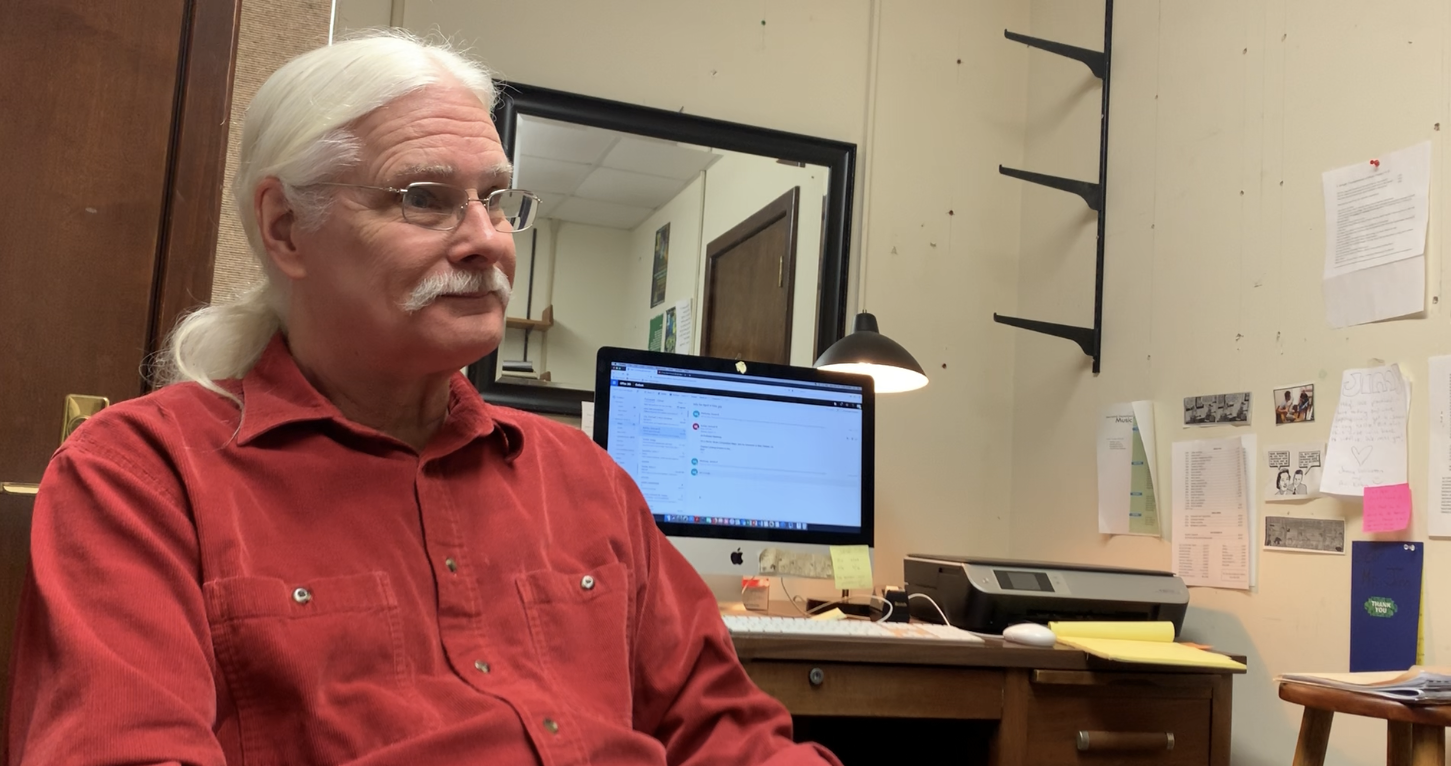 “New Orleans is like Heaven on Earth for a musician,” says Jim Markway, bass player and Director of Applied Music at Tulane University.

Markway has been strumming his bass for many years in New Orleans’ concert halls, but he hasn’t always been a local. Markway finds his roots in Illinois, but landed in Louisiana after a childhood of moving around due to his father’s employment with Shell Oil company. He got involved with music around the same time at age 14, when he found himself in a band with five guitar players and a drummer. At this time, everyone wanted to be involved with the music scene, so having that many guitar players wasn’t unusual.

After having so much fun playing for a party, he and his friends wanted to form a real band. Markway recalls this moment when his friends said, “‘Well, five guitar players and drums doesn’t work. We need a bass player, so the worst guitar player should play bass,’ and they all looked at me.” From that moment, Markway couldn’t put his bass down. He is largely self taught, but when he was a senior in high school he started playing in a rock trio.

This was the era of Eric Clapton and Jimi Hendrix, who were both in trios at the time. The Rolling Stones and The Who were releasing new music about every month among the height of Beatlemania and the increasing popularity of Motown. This was a very fertile time for the creation of music and for learning music, as well, when Markway and his bandmates “taught [themselves] how to learn [songs] by ear…. I had good luck to fall into some fairly decently talented musicians, and we more or less taught each other.”

As the years passed, Markway continued to pursue his passion by studying Composition at UNO. Since then, he has composed many jazz pieces, in addition to playing jazz regularly. Markway noted that music is an integral part of his identity, further emphasizing its importance to humans as a species.

JM: I don’t think of it as an art form, I think of it as the art form…. It’s the art form that requires no translation, right? People from different cultures, well, every culture has music. There’s no such thing as a human culture that doesn’t have music, and as a species we were communicating with each other musically before we even had language…. Lifelong musicians have a saying that ‘I didn’t choose music, music chose me.’ Because to be a professional musician is not an easy life.

Whether you play in a symphony or a rock band, life as a musician is not easy, especially financially and in terms of personal discipline. It requires sacrifices and compromise in many areas of life. However, Markway recognizes that this lifestyle is a bit easier for residents of New Orleanian because of “the culture…. I’ve been able to make a living by playing bass and teaching music, and that’s not really possible just anywhere…. Almost every major city has musicians, but typically, they’re part-timers, you know…. They have day jobs. Whereas here, you have a class of professional musicians that that’s what they do. And they’re valued and respected for the most part.”

However, the musician’s lifestyle is becoming more and more difficult to maintain with the ever increasing popularity and necessity of digital media within the music industry. Musicians don’t get paid very much as it is, and with the ever increasing amount of people in between the artist making the music and the listeners or the growing popularity of online platforms like Spotify and Pandora, musicians are making less and less. As a musician myself, I find it imperative to have my music on as many platforms as possible in order to optimize my audience reach even though Spotify only pays me $0.006 per stream. Markway recalls an interaction with a friend on the subject:

JM: I had someone tell me, ‘Yeah, I bought your latest CD, I found it on Amazon, and I bought it.’ And [they] said, ‘Well, that’s good. I didn’t see a penny from it.’ So, the only reason for a performing musician to have a CD is so he can sell it directly on the gig. Because then we can get the money.

But New Orleans is different. Artists aren’t forced to abandon their passions for the sake of making a living here. Many identify the constant stream of live music in New Orleans to be a huge part of our culture. It is a well-known characteristic of our city, but it is important to remember the logistical side of music creation. It is important to remember the musicians behind these creations. Otherwise, the music will begin to dwindle and fade, along with such an integral aspect of New Orleans and its culture.

Mental healthcare in Post-Katrina New Orleans
Health
We use cookies to ensure that we give you the best experience on our website. If you continue to use this site we will assume that you are happy with it.Ok