Editor’s Note: For our “Perspectives” series, which talks with New Orleans-based journalists, pod-casters, documentarians, and photojournalists about their place and role in the journalistic world, Ben Saxton was interviewed by Jacob Wasserman. Jacob and Ben discussed Ben’s work as a writer and poker player and how he blends those two worlds together. 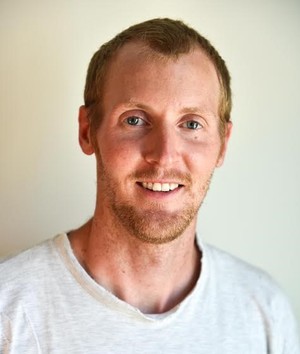 A Quoteworthy Quote: “Those who chase straights and flushes come on trains and leave on buses.”

Ben Saxton classifies himself as a writer who currently lives in New Orleans. However, based off his work, I see him as an educator who also writes, and Ben’s unique geographic background contributes to his journalistic approach. Originally from upstate New York, Ben graduated from Lafayette College and went on to pursue a PhD in American Literature from Rice University. Many of his essays and nonfiction pieces have been published in The Big Roundtable, Academic Medicine, The Health Humanities Reader, the Flannery O’Connor Review, Tolkien Studies, Two Plus Two Magazine, and others. Since he moved to New Orleans, Ben has continued to participate in academia — serving as a professor at both Tulane Medical School and Bard Early College.

Ben is currently working on a book, which covers poker players in the New Orleans. Looking at a game that is based off strategy, Ben investigates how the people behind the cards navigate through life. Themes of identity and belonging are displayed in Poker Faces in the Crowd, an ongoing series that shows the perplexities that come with being a poker player. Versatility is one of Ben’s greatest strengths as a writer — he can easily shift from being formal to conversational; he stays fair while remaining personable; and he is never afraid to open up to his subjects. In the interview below, Ben describes his process of storytelling.

Describe your thought process when developing an angle for a given subject.

It starts with people and characters. I don’t approach poker as a subject.  If I can’t get a foothold in somebody’s life and their motivations and reasons for getting into poker, then I’m not really interested. For me, it’s about finding someone who I’m drawn to. If they’re articulate, funny, [and] intelligent, that really helps. And that’s why I got into journalism and interviews, because I really liked the back-and-forth of answering questions. So for me, it starts with people and their stories

How do you keep bias out of your stories, and what is the best way to present a counter narrative?

I don’t think there’s a way of keeping bias entirely out of stories. One thing that I try to remain conscious of, especially in the poker world, are blind spots — specifically my own. The poker room is very male dominated; it’s a very masculine environment. As a white man going into that space, the way I inhabit it is entirely different from some of the female players who are regulars there. Part of the process for me is to think about my own subject position, my own potential blind spots, and also to insert that into the narrative. The question of bias and the question of how to tell a story can really shape how the narrative is presented. I think it’s sometimes valuable to insert yourself as a kind of character or persona. If it’s done well, if it’s done with transparency, that gives readers a sense of where you’re coming from.

How do you usually prepare for interviews? How can you get the most information out of your subject without being too assertive?

I like to do a couple things: I let the subjects know what I’m working on; I ask them if they have any questions for me; I usually leave it to them to decide the meeting place. Finding a comfortable setting is important — sometimes that means going to a coffee shop or going out to lunch. I set a time and then do some research, you can call that Googling, or if I’m Facebook friends with someone I’ll try to get a holistic sense of ‘Who is this person?’

I try to remain flexible in terms of where the conversation might go, because I’m often dealing with people and their life stories. Take my poker project for example. Poker is really the springboard, and what I’m most interested in is how did the people I talk to end up in this world. How did they end up at Harrah’s Casino? How did they end up being a poker player? That can take us into all types of directions, so I try to remain open to where they want to take the conversation, and I’ll enter the interview with two to five main topics I want to get to. If we end up going in a direction that’s unexpected, then I welcome that.

Was there ever a time where you contemplated not publishing content because it was too revealing? If so, how did you come to that decision, and if you never have, what would be something that you don’t think you could publish?

I think that’s an ongoing question for any journalist. I think the sensitive areas for me are when someone else is talking shit about someone else, or revealing some unflattering details about another person in their community. I’m writing about a community as someone who is part of it.

Poker players down here in New Orleans are very tight-knit; we’re very competitive and gossipy, so there can be problems when someone doesn’t like someone else and they’re going to reveal unflattering details. So what are you going to do with that? What do you do with that when somebody who is trying to capture the social reality of a community in a card room also wants to keep everyone’s best interest in mind? One thing that I try to do is be transparent with what I am actually trying to achieve — I’m trying to describe the social reality as it is.

That social reality by definition is contentious and competitive. So I try to keep everyone’s interest in mind, and there have been some hurt feelings and confusion when I have published interviews. Fortunately, I haven’t run into any devastating scenarios where people are really angry. That’s something I’m  happy about — I feel like I have built strong relationships with people in the community. I think trust and openness are really important, I’m just trying to keep that going.

What are the themes that tend to draw you into a story? What makes these topics’ relations to your own experiences?

A few general topics that I have been drawn to are the distinction between outsiders and insiders. I think one reason why I’m drawn to the poker community is because it’s filled with people who don’t quite fit in. We’re all kind of misfits in certain ways. There’s a lot of really strong-willed, independent minded folks who really value freedom from a nine-to-five job, or want to escape to the card room. One thing that interest me is the people who inhabit these marginal spaces in American society, myself included. I’ve never quite felt like I belong in a particular discipline, I think my approach is very inter-disciplinary. Some of the things any of us have to deal with when [we] move into a new city is trying to feel at home, trying to feel like you belong. Those are a couple of the themes that I have noticed — it’s less conscious than something I’m looking back at thinking, ‘Hey, these are themes that have popped up in my work.’ I wonder why that is.

When you’re following your subjects, how do you take notes? Are there ways journalists can be too invasive when gathering information?

Yeah, I think in the age of smartphones we’re at quite an advantage. I have occupied a lot of different roles in this project, some of which have taken the official capacity of wearing a media badge, holding a notepad and walking around doing interviews. Other times I might find myself at a Texas Hold’em game with eight strangers and people recognize me as a player. What I’m doing is a type of participant observation; if I were to take out a notebook it would feel almost invasive. At the very least it would change the social dynamic where people feel uncomfortable. I try to avoid doing that; I try to be pleasant and have conversations.

If something strikes me, then I’ll just take out my phone and write snippets on one of my many Google docs which are themed. I’ll occasionally take pictures, but I don’t have anything close to a photographic memory so it’s really important for me to document the things I am seeing and hearing, because if I don’t I’m not going to be able to remember the cadence of somebody’s voice, or the particular words someone uses when they tell a joke. These are really important when you’re trying to write dialogue or develop good characters. Once again, I think we’re really fortunate to have a voice recorder, camera and notepad all on our phone, so I think things are much easier today than they used to be.

How do you define “alternative,” and how do you see your work fitting, or not fitting, your definition?

I suppose that I embody alternative journalism in the sense that I have no training in journalism. I have a Ph.D. in English — my background is more in academic scholar essays. I suppose I would define alternative journalism as something that is existing outside the norm or convention; although I am not the best person to explain what convention is, because I have started and remain outside conventional schooling and methods.

In terms of my own approach, I am committed to long-term immersion. I am not interested in sitting down with someone for five to ten minutes, getting a couple quotes and calling it a day. I am interested in joining a community, building relationships, earning the trust of the folks down here in New Orleans and seeing how we all change not only over weeks and months, but years. I’ve been working on this [poker] project for about four or five years, and while I think that’s a pretty extreme form of journalism there’s plenty of models to look to, from Ted Conover to John McPhee. I have never been concerned about  applying a particular method; I just pursue work that I find challenging and fulfilling.

While you’ve been at poker tables, has there ever been a quote that has stuck with you?

There’s so many I don’t know where to start. There was one time after some guy had lost a big pot, where this burly businessman from out of town said, ‘Those who chase straights and flushes come on trains and leave on buses.’

This interview was completed for the class Alternative Journalism, which is taught at Tulane University by Kelley Crawford. The interview has been edited and configured for publication.

Perspectives: Journalist and editor Renee Peck
Extra/ordinary
We use cookies to ensure that we give you the best experience on our website. If you continue to use this site we will assume that you are happy with it.Ok