The poetic city: “On Coming to Term with the Inherent Unfairness of Things 4/23/17” 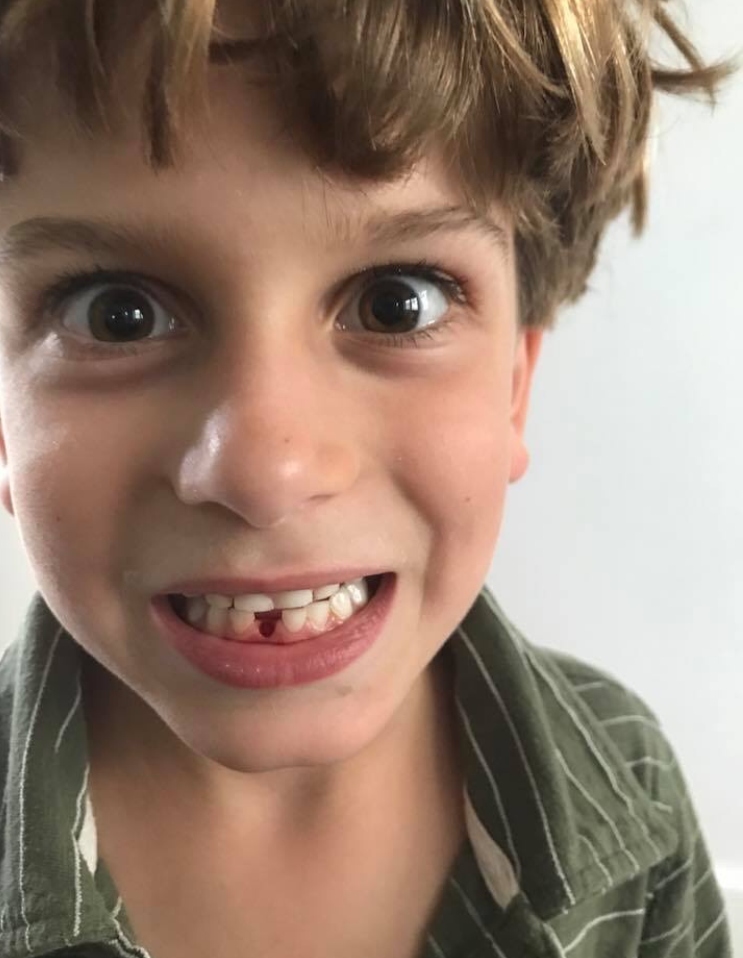 Photo of the twin who finally caught up. (Photo by: his mother)

The five year-old boy who lives across the street
is disconsolate.
His twin brother was the first to lose a tooth
and first to be visited by the tooth fairy.
His parents try to console with reason and logic, to no avail.
They point out that each has the same number of baby teeth,
and each can expect the same number of visits
from the tooth fairy.
But the five year old from across the street
is having none of it.
He knows that he will never experience
the pop of surprise and delight that comes
with winning the race and being first to
get the prize.
And to make matters worse,
his twin gets to brag to everyone
in the neighborhood about his triumph,
while proudly displaying the gap between his teeth.
The five year old knows that when his turn comes,
it won’t be the same.
But that doesn’t stop him from working hard with
his tongue and finger on loosening the tooth
that he thinks gives him his best shot at catching up.
Tweet

Hello everyone. Dr. Gumbala Herbs is a good remedy for HIV Virus , I was a carrier of HIV virus for 5 years and I saw a testimony on how Dr Gumbala of ( gumbalavampirehome@gmail.com) cured Herpes Virus, I decided to contact him, I contacted him and he guided me. I asked him for solutions and he started the remedies for my health. After he finish he sent me the herbs medicine cure which i took for 2 weeks before asking me to go for a check up and getting there i could not believe that i was confirm HIV Negative after the test,Today i am so happy because i’m free from HIV disease with the help of Dr. Gumbala Thank God now everything is fine, I’m cured by Dr. Gumbala herbal medicine, I’m very thankful to God for making it possible. you can reach him on his email, i strongly recommend him to any one out there looking for a cure to any kind of virus and disease! contact Dr Gumbala of on his email ( gumbalavampirehome@gmail.com) or call +233505919168, he has cure to kind of virus and disease that medical doctors has no cure off!he cure HPV HIV HIV2 Hepatitis B Diabetes etc Thank you Dr Gumbala, you are a God sent to man kind!

The poetic city: “Meditation Under the Oaks: Dancing in Stillness 2/7/16”
Creative Writing

The poetic city: “The Home Run Hitter”
Creative Writing
We use cookies to ensure that we give you the best experience on our website. If you continue to use this site we will assume that you are happy with it.Ok