This Spring, I was fortunate enough to have the opportunity to visit the Lower Ninth Ward Living Museum right here in New Orleans, Louisiana. The drive brought me through various neighborhoods of New Orleans, before crossing a metal bridge and arriving in the neighborhood called The Ninth Ward. The visit itself was wonderful and thought provoking. Upon arrival, two young children could be seen playing outside in the front yard of the museum, hula hooping and racing toy cars. They were excited to meet me as I walked through the metal gates into a building that resembled more of a home than a museum. The building was a light shade of purple, with sky blue details on the stairs. Outside the front of the entrance, a mural depicting New Orleans iconography was displayed, with images such as crawfish and beads. Inside the museum, the air was cool and quiet. I signed in on a computer before beginning my examination of the entirety of the museum. 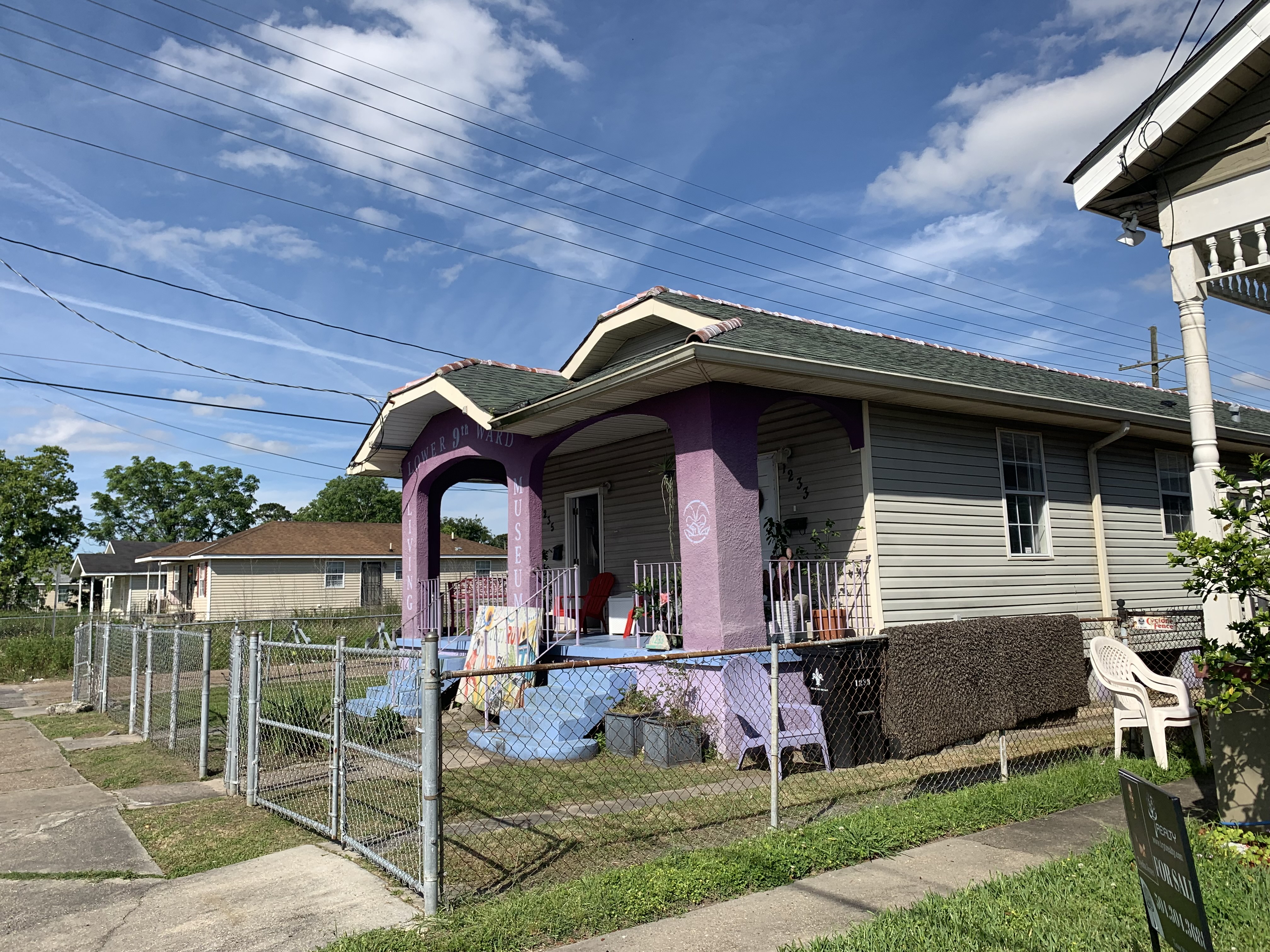 Each room was brightly painted an array of colors – pink, green, blue, and yellow shades gave the space a welcoming ambiance. The two people working there at the time were more than happy to answer any and all questions. One of the questions I spoke to the woman about was the absence of the Ninth Ward on most tourist maps of New Orleans. Included below is a picture of a map of the Ninth Ward. On a later date, when I was on Canal Street closer to downtown, I found a map on the street that verified the aggravating fact that, while crucial to the history of New Orleans, the Ninth Ward is purposefully ignored as a neighborhood. According to Leona Tate, the woman who I spoke with at the museum, tourist maps exclude the Ninth Ward because they don’t want tourists to be aware that it’s even there. There is an increased effort to make the Ninth Ward a “green space” – a place with parks and recreational space, a place where they wish to kick out the residents. 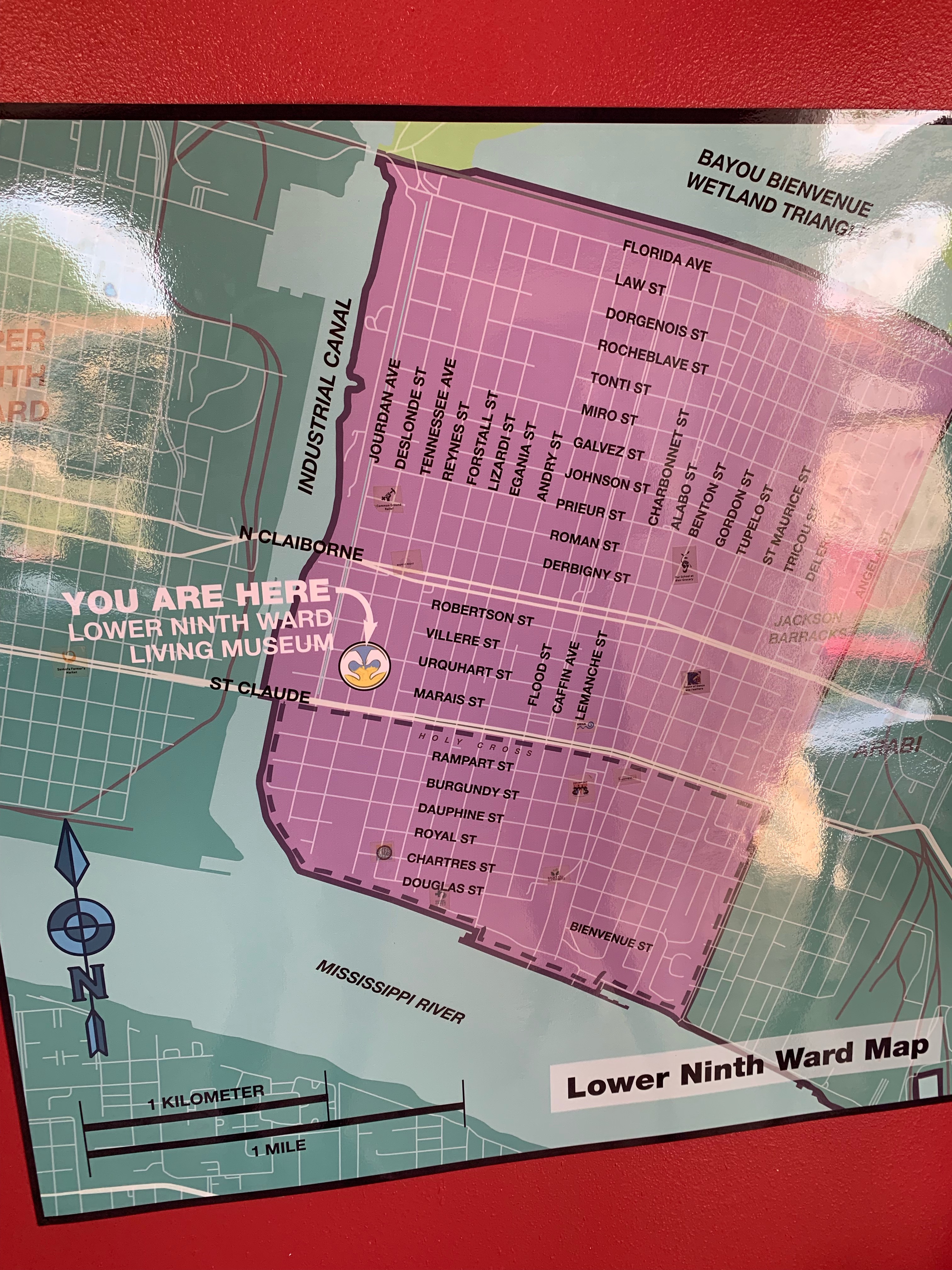 Being there was incredible for a variety of reasons. I’ve lived in New Orleans for nearly two years now and have never had the opportunity to visit the Ninth Ward, let alone a museum in that area. I spoke to another New Orleans local, who also agreed the Ninth Ward has a poor reputation for being an unsafe area. However, for the few hours that I was there, I felt perfectly comfortable, and exceptionally welcomed by the people who worked at the museum. They are working to educate the New Orleans general populous on the historical importances of the Ninth Ward, and how more needs to be done to acknowledge and respect the people who reside there and have for many years. 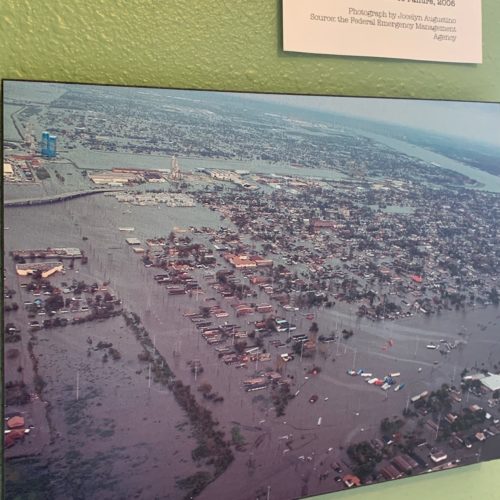 Earlier this year, I read a chapter of a textbook about a white man who taught at a primarily black school. Through his teachings, he learned that education is not just the simple regurgitation of facts for students to understand, but a thorough analysis of how students learned based on social background, race, class, and a variety of other sociological aspects. This visit to the Ninth Ward Living Museum, for me, exemplified this greatly. Within the great city of New Orleans, there are thousands of children from thousands of backgrounds. To be a successful teacher for these kids, all of their differences must be acknowledged and embraced.

“What do you want the world to know about your Freedom?”
Education

We’ve got your weekend: Carnival parties and parades
Events
We use cookies to ensure that we give you the best experience on our website. If you continue to use this site we will assume that you are happy with it.Ok