Artists in their own words: John Adkison 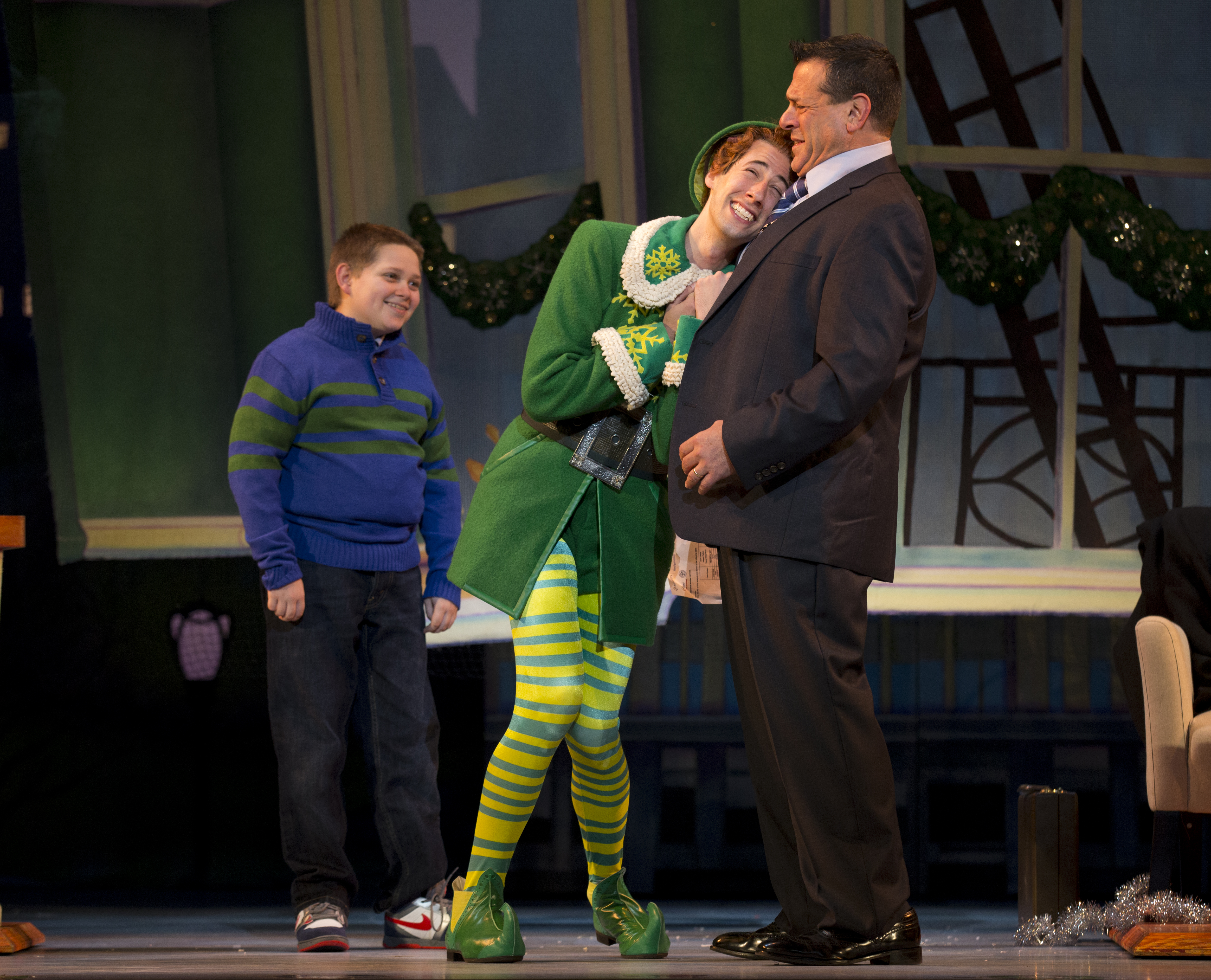 What: Actor (He is playing Walter in the production of Elf The Musical, which is currently on stage at The Saenger)

His Dream Role: Guido Cantini in Nine because I feel like my body is clearing 40 while my mind is approaching 10

Q: How do you think your life would have changed if you had been born in another state?

JA: I’m not sure it would have changed. I was born in New Hampshire, and I had a pretty ordinary childhood. Of course, everyone has their difficulties or challenges growing up — nobody is perfect — but my childhood was pretty ordinary.

I guess if I would have grown up in Manhattan or something like then I might have gotten started in the acting business earlier; although, I might have started too early if I grew up there. I could have been one of those showbiz kids who peaks at 12 years old.

In New Hampshire, everyone was in school plays and things like that. There’s a small theater there called the Seacoast Repertory Theater, and I think it was my freshman or sophomore year in college that I started doing shows there. My major was film and television production and theater was my minor, so I always had my hand in performance, but I never had the pressure to have acting actually pay the bills. I could just have fun with it.

Q: What’s something you would like to change about elves in general?

JA: Well, if I could change one thing about Elf The Musical, I’d love the contract to run all year round. It’s a great gig we only get to do for a season.

For elves in general, I’d like to take the creepy element away, especially with that Elf on the Shelf that’s sitting in places watching you. That’s really creepy to me. I much prefer the Keebler Elves, who are out there baking cookies for us or elves that are making presents at Santa’s workshop.

I have friends with kids, and I see them posting on Facebook, ‘The Elf on the Shelf is working. My kid is totally behaving.’ There is something about that idea of an elf watching you that is creepy. It’s a cute person with a smile that could be demonic; it’s confusing.

Q: When did you have a costume or clothing malfunction that still sticks with you?

JA: I am OCD about making sure my fly is up before I step onto the stage. Literally, I check my zipper about six times between the dressing room and the stage for every appearance on stage. Although, the reason I might be OCD about it is because I was playing Herr Zeller in The Sound of Music for summer stock theater, and we were about to take the stage for the end party scene. Before we went on, one of the ensemble members said, ‘Wouldn’t it be funny if we all went out to the party scene with our flies down and our shirt tails hanging out?’ I thought that was a strange idea, but I didn’t think much of it. Well, it turns out he was referencing me.  He didn’t directly tell me directly that my fly was down and my shirt tail was out, so I went on stage, and when I looked down I realized why he had made that joke.

Here’s another one that’s coming back to me from Elf last year. Walter has one quick change in the show. Well, the zipper on the jacket during the quick change had broken, which meant the jacket would not close. Keep in mind that I have a hairy chest. Well, I went out on stage, and while some other actors might try to hide that the zipper was broken, I put it into the performance. When I sang that line, And you’ll find that Buddy Junior takes after me,’ I ripped my jacket open and pushed my chest out. I got a huge laugh out of the cast.

Q: When you’re touring, who do you feel like keeps you in good spirits?

JA: Certainly my wife. She sends a care package to every hotel we come to. Last year it was photos of our Dickensian village that we have been growing.

We spend a week at Lake Tahoe every year since it’s close to where we live. We bought a print we really liked there, and my wife turned it into a puzzle. So each hotel I get to I receive a piece of the puzzle. By the time we get to the end of the tour, I’ll have all the pieces.

On the back of the pieces she writes a note, or my mom, who lives with us and has mild dementia, will write a note on the back of a piece. My wife knew when she married me that being away from home was part of the gig, and she has always been super supportive of me.

Also, with having a principal role, my own hotel room really helps keep me going.

Q: What’s something you feel like you still wait for with anticipation?

JA: Whatever that next thing is. As actors and artists, we never know what is coming next. Normal civilians get a job, they work for 30 years, and then they retire. For actors, we are excited when we get a contract for 11 weeks.

I have been in this acting business for long enough to know that something will come up next, and that’s always exciting. Some people could look at it with dread — not knowing what will happen — but I really find that it’s exhilarating and fun.

I also have other fronts where work could come up because I still work in music and television, and I am also a musical director, so that helps create more opportunities.

I’m not sure I could do the life where I know what my life would be like every single day. I’m 45 years old, and I’m pretty sure if I haven’t done it by now, I’m not going to do it in the future. That ship has sailed.

Plus, I don’t have any plans to retire. In fact, as older people start to drop out of the acting scene, I’m going to keep myself in great shape and be the one old guy that’s always showing up on the stage.

John Adkison is playing Walter in ELF The Musical, which is on stage at The Saenger Theater from December 18 until December 23. ELF The Musical is a part of the 2018-2019 Hancock Whitney Broadway in New Orleans Series. The showtimes vary, but you can get a full schedule as well as purchase tickets for the showhere.