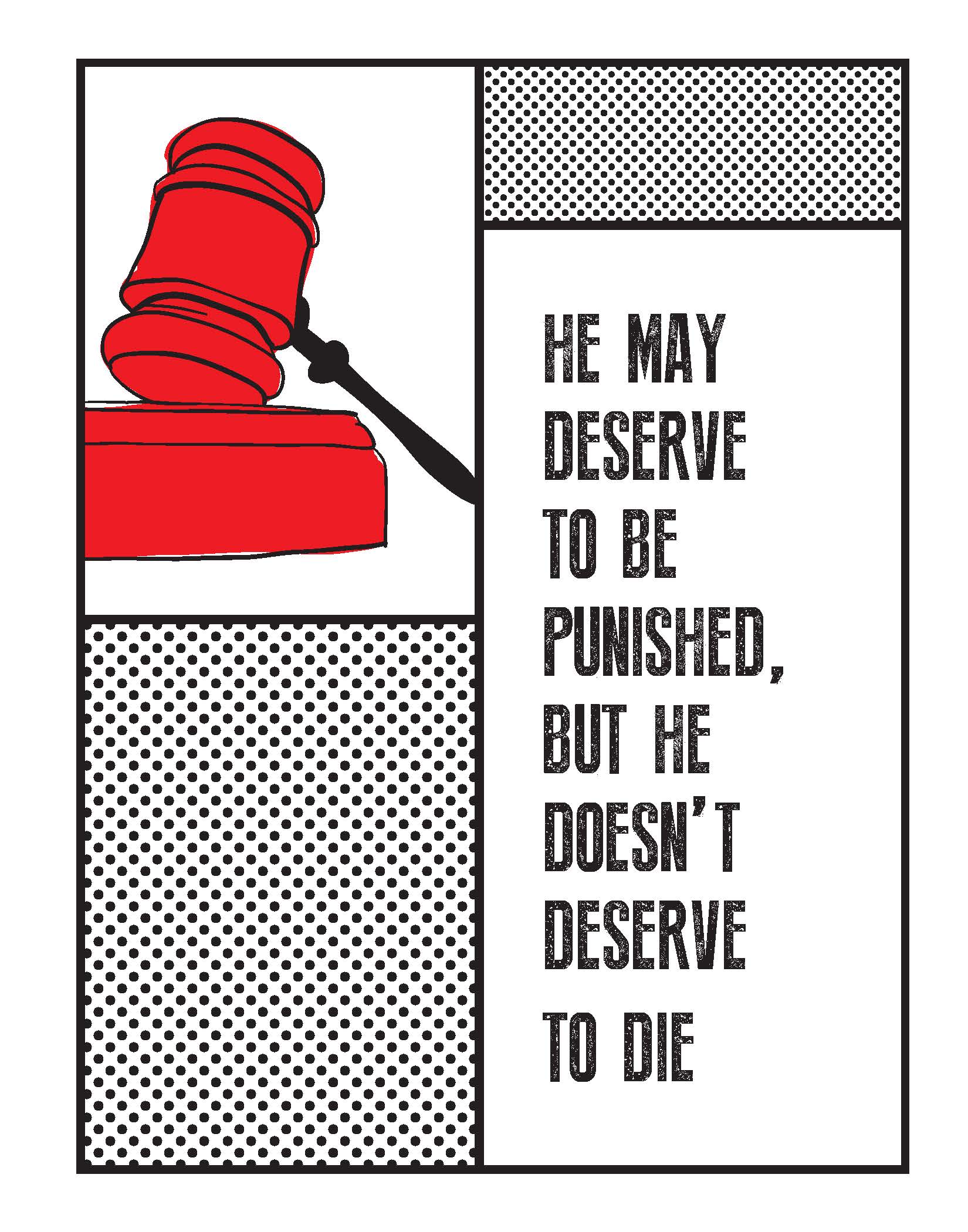 A clock ticks in the silent, crumbling office of a small private law firm in a church basement off St. Charles. Inside, a husband and wife type away, catching the victims who fall through the cracks of the notoriously dysfunctional 5th Circuit Court of Appeals in Louisiana. Their firm, The Center for Equal Justice, specializes in saving their clients from execution.

Nowhere in the U.S. is the death penalty used with as much vigor as it is in the 5th Circuit. With this in mind, it makes sense that New Orleans—home of Louisiana’s Supreme Court—has become an active hub for the battle against capital punishment. The city is such a hotbed for these cases, in fact, that law practitioners come from around the world to be a part of what one attorney calls “the front line” of the ongoing capital defense controversy.

In January of 2018, a young, bull-headed lawyer named Fraser Muir (affectionately known to his clients as Mistuh Frazuh) immigrated to New Orleans from London for the opportunities he saw here to make a difference. Shortly after arriving, he found a home at The Center for Equal Justice, and he’s been taking on clients ever since. In his words, he’s happy to finally be “on the front lines.”

The people he works with are not innocent. There are certainly organizations dedicated to exoneration, most notably The Innocence Project. In many cases, however, lawyers aren’t concerning themselves with their clients’ innocence. Instead, they oppose state-supported executions as a moral problem, no matter what the offender’s crime.

“A huge part of a death penalty case,” Mr. Muir said, “is what we call mitigation evidence… It’s about ‘these are all the reasons you should be merciful.’”

Mitigation evidence might take the form of an argument that shows the biographical context that might have set his client up to fail from the get-go. In one example, Mr. Muir recalled a former client who’d been on death row for fatally shooting a police officer. Exoneration was hopeless; his guilt was justly proven. But did he deserve lethal injection?

Mr. Muir’s appearance belies the idea of someone who works with some of the most violent crimes imaginable. A tall man of great proportions, he takes to his work with a jolly smile, and often jokes with his clients about their loved ones’ decidedly grim situations. Humor, it would seem, is a vital weapon against a system which threatens to ruin your spirit.

To win the fight, they keep things light.

As it turns out, the offender had experienced what Mr. Muir called a “tortured” upbringing, which may have set him up to become the kind of person who would inevitably do something rash. “Is this behavior explainable,” Mr. Muir said, “even if it’s not forgivable?”

Taking a look at the facts, the client’s mother had been a vicious alcoholic and crack-addict. His father, too, struggled with these addictions. His upbringing culminated into a vulnerable experience, one that had left him defenseless against “a series of male figures who were physically and sexually abusing him throughout his childhood.”

When he wasn’t at home, the client was regularly accused of gang affiliation, and those accusations led to his incarceration as an “absolute child,” according to Mr. Muir. He spent his youth “left to rot in an institution,” and finally upon his release, found himself alone in a world where he had no education or support whatsoever.

Not only that, he was displaying clear symptoms of intellectual impairment due to Fetal Alcohol Syndrome.

Today, this client still waits for his fate to be decided. Meanwhile, Mr. Muir plugs away at his never-ending stack of manila folders, having done all that he can do for now.

“He may deserve to be punished, but he doesn’t deserve to die,” said Mr. Muir.

In Louisiana, juries have sentenced 28 to death since capital punishment’s reenactment in 1976. However, the court’s glaring inefficiencies result in contradictory figures. According to another statistic, there are currently 73 people estimated to be on Death Row. Contradictions like this, for people like Mr. Muir, are a source of disillusionment.

These recognitions can be disheartening. And unfortunately, even when victories come, can be bittersweet. John Thompson’s case demonstrates how exoneration without greater reform can be more or less useless in terms of changing the functioning of the system as a whole.

In 2003, John Thompson was rescued from the death penalty after being wrongly convicted for a carjacking and unrelated murder of New Orleans hotel executive Ray Liuzza, Jr. His rescue came just 30 days before his scheduled execution date, when exonerating evidence covered up by prosecutors came to light. But even his liberation comes with a caveat, as he writes in his New York Times piece, “The Prosecution Rests, but I Can’t.”

“Last month [March 2011], the Supreme Court decided 5-4 to overturn a case I’d won against them… ruling that they [the district attorney’s office] were not liable for the failure to turn over that evidence – which included proof that blood at the robbery scene wasn’t mine. Because of that, prosecutors are free to do the same thing to someone else today.”

In conjunction with the illegal processes at work against him, the duration of his appeals exhausted Mr. Thompson. After his first 12 years on death row, he’d been told by his lawyers that it would take a miracle to avoid the execution at this point. He replied with resignation, saying, “I was innocent, but it was time to give up.”

Nothing illustrates the oppressive force of this state-fueled drive to convict quite like the defeated words of its victims ready to accept the end of their lives.

Perhaps most chilling is Mr. Muir’s revelation that a substantial portion of death sentences are given to the mentally ill or intellectually impaired. Prosecutors craft narratives that pin mentally disabled individuals as perpetrators, knowing that they cannot defend themselves. In targeting them, they can lock the innocent in a vicious cycle.

In these cases, people at or below the functional IQ level are taken to trial not understanding what’s happening to them. They’re often assessed to be intellectually unfit to stand trial, and are sent to a mental institution for a standard duration of six months until they’re brought to be reassessed. Since the majority of these conditions are not treatable, improvement is not possible, and so they are found mentally unfit yet again until the next six months are over, where the process repeats itself.

For the families of clients in death penalty cases, attorneys like Mr. Muir can become close friends. The culture clash between the enormous Englishman and his New Orleanian clients is not without its humor.

“Everybody calls me Mister Fraser,” he said, delighted. “It’s such a lovely, southern thing! I’ve never been called that before in my life.”

Unfortunately, the fight to rectify injustices done is ongoing, and will be for quite some time. And with recent court appointments by President Trump, capital defense professionals working in the 5th circuit will be operating under courts ruled by highly conservative judges for decades to come.

Garrett Mack is an emerging screenwriter and English Masters student at Tulane University.

Krewe: Humanity in an inhumane system with the Louisiana Capital Assistance Center
Politics