Artists in their own words: Jonathan Weir 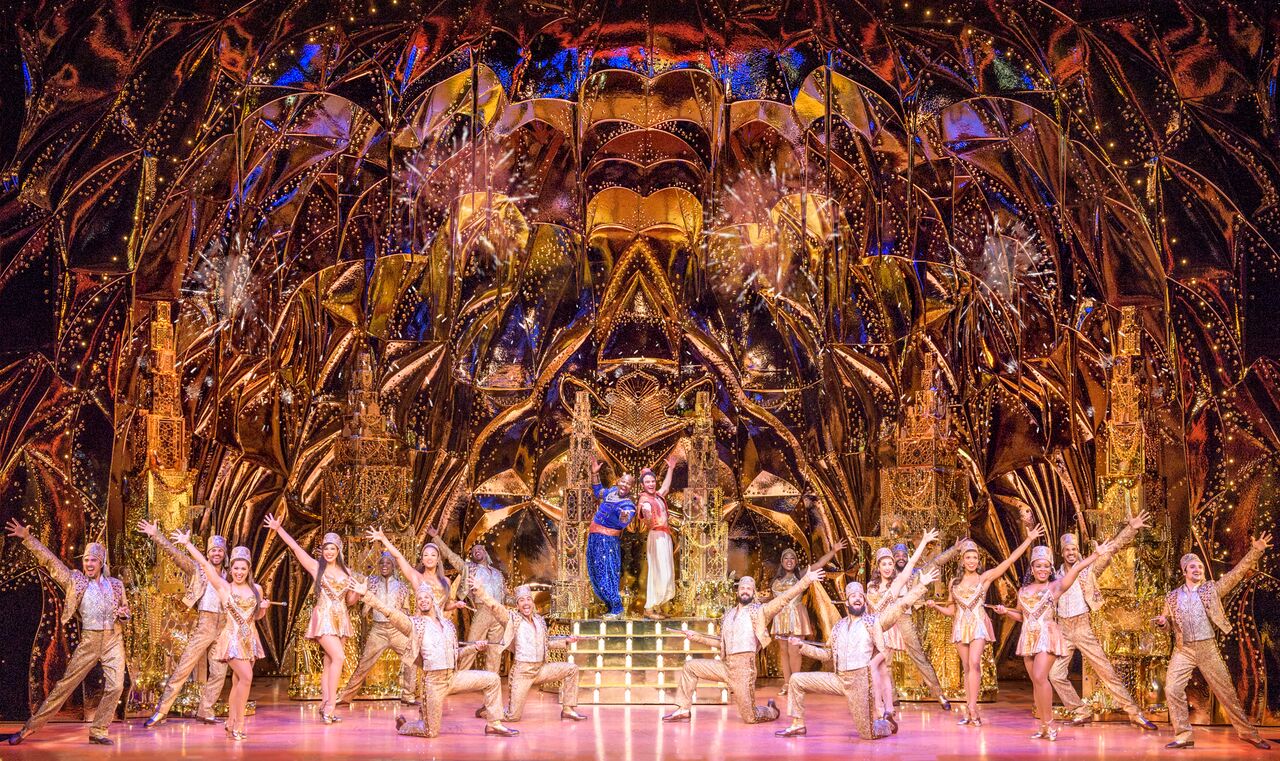 Still from “Friend Like Me” with the Aladdin North American Tour. (Photo: Deen van Meer)

What: Actor (he plays Jafar in Disney’s Aladdin, which will be at the Saenger Theater September 26-October 7)

Where: While he’s living New Orleans, he’s taking up residency in the Quarter.

Memorable quote: “I was a tenor before I started this role… Playing Jafar has lowered and stretched my vocal range.”

Q: What do you think you learn by playing a villain?

JW: A good day at work for me is when kids in the audience are crying. I take that as a compliment [laughing]. What can I say? It’s good to be bad.

What I’ve learned more than anything is that villains don’t think they’re being villains. They think they’re doing the best thing possible. They’re not trying to be mean; they’re just trying to get their egos or psychoses fulfilled. The quest for ultimate power can be intoxicating and dangerous, but — as is often the case with Disney villains — they usually get theirs in the end.

I’ve learned as an actor to look for opposites – to not play the twirling mustache villain. I want to find where I can discover the lighter moments. What does the character find funny? How does he interact with his compatriot? How did Jafar meet Iago and how do they function together? Because behind every great villain is someone who’s going to do his dirty work for him.

For Jafar, I feel like he would love a weekend in Hawaii on the beach, drinking a frou-frou drink out of a pineapple. Or maybe that’s just the actor’s wish creeping in [laughing].

Q: Whose words often stick with you?

JW: I have had so many incredible teachers, mentors, and directors in my life. They’ve been a huge influence in my growth as an actor and person, and much of what they taught me has stuck with me. One of my undergrad teachers told me, ‘Love the art in yourself not yourself in the art.’ In other words, honor the talent and craft, but don’t put yourself or ego above the work. I recall those words were imparted to me by my first acting teacher.  I ended up marrying her. My wife Sarah Gabel is the real rock star.

Q: When do you first remember being impacted by a movie?

JW: Hmmm the first movie I remember having a dramatic impact on me was the 1959 remake of The Imitation of Life with Lana Turner. I was probably in third grade when I first saw that movie.  It’s a movie about friendship, race, self acceptance, death, and the relationships we build and destroy. At the end of the movie Juanita Moore’s character dies and the coffin is driven from the funeral on an carriage drawn by white horses while Mahalia Jackson sings as the choir soloist all while Juanita Moore’s estranged daughter, played by Susan Kohner, comes to the funeral procession and throws herself on the casket crying begging for forgiveness and the loss and pathos is overwhelming. It’s universal and I was weeping.

Although, the first movie I remember seeing was Mary Poppins, I was a wee lad, and that movie has always stayed with me.

Q: Where do you go when you daydream?

JW: I daydream about the future a lot. I’m married. I have three kids, and they’re all older, so I think about what it will be like to be a grandparent. My wife is thinking about retiring in a few years; she’s chair of the Department of Fine and Performing Arts at Loyola University Chicago, so we think a lot about what life will look like when she retires. Where do we want to live? How do we want to live?

Part of the allure as an actor is the next possibility, the next thing to learn, the next opportunity or the next character you’re going to play, so I think a lot about that. I also love gardening, so I daydream about gardening. I’m on the road right now, so we’re in a lot of different cities. We get to live in these cities for a finite amount of time, and I daydream about what it would be like to live there.

Q: What is either a superstition or tradition that you have on this tour?

JW: There is this moment at the top of Act II, when the company is performing ‘Prince Ali.’ (There are a hundred costume changes in less than a minute in that number by the way). I enter at the end of the number;  I have this silly thing that started back in Chicago where the tour originated; I tap a set piece twice to the music as I’m getting into place for my entrance. It’s silly, but it’s become part of my backstage routine.

On a more routine level, I work out with a trainer three to four times a week when I’m on tour. The costume I wear for Jafar is a lot of fabric, so I have to keep in shape so it doesn’t win and get the upper hand. Some nights it controls me rather than me controlling it.

We’re on show 598 right now, and not unlike an athlete, the entire cast has to stay in shape both mentally and physically to stay on our game. What we do is a gift, and I’m one of the lucky few who gets to do what he loves. I feel a huge obligation to tell the story with truth and with fresh eyes every time. That takes a lot of energy and concentration to give the audience there money’s worth every show.

Jonathan Weir will be performing as Jafar in the production of Disney’s Aladdin, which will be at the Saenger Theater from September 26 through October 7. Showtimes and ticket prices vary, so you can check them out at the Saenger’s webpage.