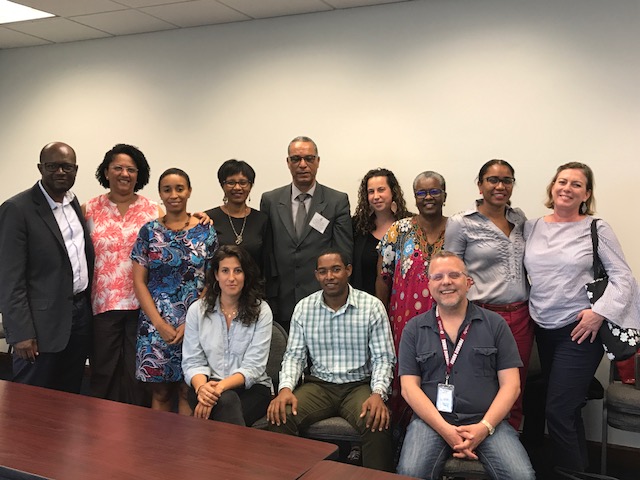 “Participants are chosen after being nominated by their communities to the U.S. embassies in their home countries,” stated Program Manager Kelley Ponder. The visiting groups can include “NGOs, government entities, local businesses, and professionals ranging across a wide spectrum of occupations, such as lawyers, doctors, nurses, judges, and human rights activists. In addition to professional meetings, visitors have opportunities to explore New Orleans and meet with locals through home hospitality or one of the many receptions held around the city,” Ponder added.

Cabo Verde, for example, is just beginning to establish a justice system and support services for victims of sexual violence. Its citizens have been recently shocked by increasing reports of sexual violence perpetrated against very young children and by ongoing reports of domestic violence. Until now, the country has relied on nonprofits, international organizations and volunteers–including doctors and lawyers–to coordinate and fund shelters and repatriate victims of trafficking.

Ms. Lourenca Lopes Moreno Taveres expessed an urgent need to convince lawmakers and government officials of the immediate importance of addressing these issues.

Examples of other recent NOCDC exchange groups include Colombians looking to learn techniques to sustain cultural initiatives; officials from the Philippines focused on methods for peacebuilding; healthcare providers from the Kyrgyz Republic researching treatment protocols for tuberculosis, among others.

NOCDC membership offers myriad opportunities to practice foreign languages and develop long-lasting relationships with people from around the world.