Her day job: A student at Tulane University and editorial intern at ViaNolaVie. She’s from Atlanta, where her grandmothers always have comfort food on the table. “When I go home, the meal is my present. Cooking, for me, is love.”

Why she chose it: I’m a real picture person. So when I saw the loaded duck nachos on Yelp, I was in.

What Zharia looks for in a restaurant: Quality, freshness and seasoning. “Seasoning’s big – please don’t give me anything bland. And comfort food: That’s my soul. Food that takes time and care.”

Her go-to restaurants in New Orleans: Cajun’s on Broad Street. Triangle Deli on South Claiborne, when she’s a bit homesick and in need of rice and gravy.

Preludes: Chinatown shrimp with yum yum sauce place fried shrimp atop slaw with fried onions and a spicy sauce. The duck nachos live up to their photo, loaded with the requisite duck, guacamole and sour cream, cheddar and pepper jack cheese, jalopeno poblano relish. The whole proves that nachos have come a long way. Both dishes are rich with some complexity.

Mainstay: Chicken and waffles are studded with bacon and arrive with two choices of syrup, traditional maple and local pepper jelly. The chicken is nicely fried and tops a thick waffle that could have been a bit sweeter. Hearty eating indeed. The BBQ shrimp leans away from the usual local version, as it is more highly seasoned with a Creole brown lemon butter that owes more to roux than the traditional garlic butter. “In New Orleans, I’ve learned that barbecue does not necessarily mean barbecue.”

Sweetness: The Rocky Road Chocolate Cake caps things off with decadence. Walnuts, cashews, dark dark chocolate cake served hot with ice cream on top. “My god. I feel like this is dangerous.”

Atmosphere: Legacy Kitchen, adjacent to the Renaissance Hotel, has lots of light in an open room that bends to the eclectic. Columns, sofas, banquettes, hip light fixtures, lots of metal surfaces, open kitchen, an American flag on the ceiling – nothing exactly matches but it all works. Call it boogie barbecue decor. “My granddaddy had chairs like these; I feel at home.” 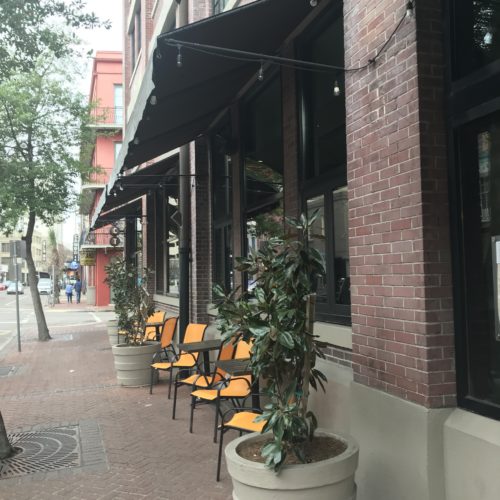 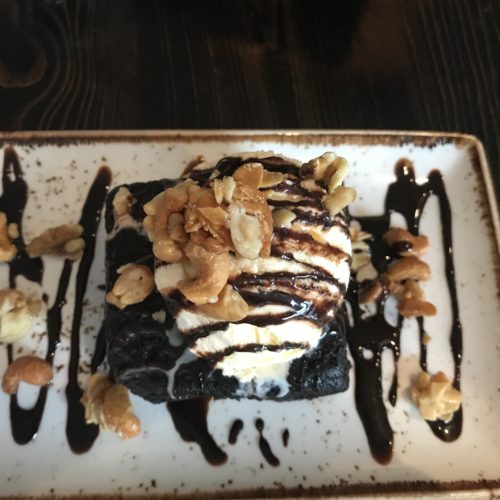 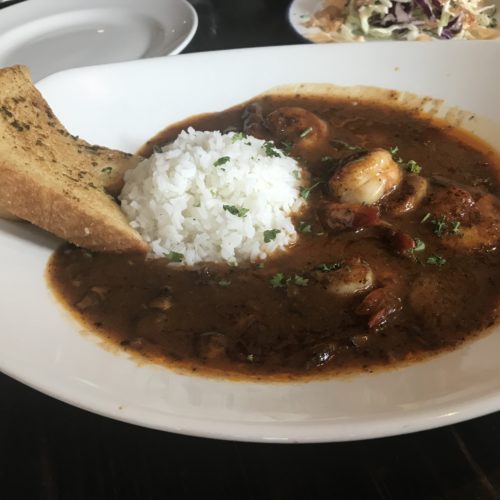 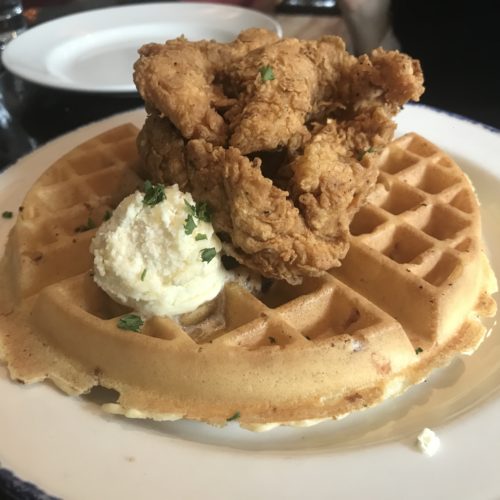 The chicken and waffles at Legacy Kitchen’s Craft Tavern (photos by: Renee Peck) 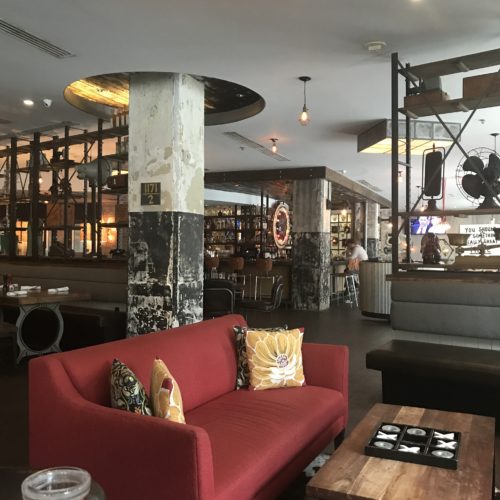 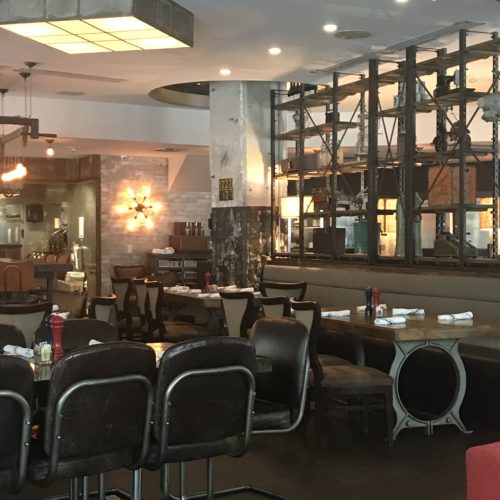