Burning down the house with french fries The house was fortunately made of brick (photos by: Folwell Dunbar)

It was the night before our annual summer trip to Destin, Florida. Todd and I looked forward to it more than Christmas or even Mardi Gras. We were fired up like punks on the Fourth of July.

Todd and I had been best friends since second grade. Although he wasn’t my brother, but my father treated him like a son. He had been going with us to Florida for the past eight years.

For the first few years, Todd and I spent our time on the beach chasing fiddler crabs and collecting sand dollars. Then, our attention shifted to girls. We would comb the beach like archeologists searching for rare fossils. We had never had any success* (nor would we in the future); but, nonetheless, we were undeterred.

Partly because of our excitement for the trip, and partly because we had two large Rhodesian ridgebacks in the bed with us, we didn’t get to sleep until well after midnight.

My older brother wasn’t nearly as excited about the trip. He had just graduated from high school, and wanted to stick around with his buddies before they all went off to college. He had gone out to the Time Out Lounge in Old Town Slidell to play pool and drink Dixie Longnecks.

He returned home around two in the morning. He was tired and tipsy, but he was also ravenous and loved to cook. (Later in life, he would become an accomplished chef and a successful restaurant owner.) Instead of making something simple like cereal or instant grits, he decided to make a batch of homemade French fries. He poured Crisco Oil into a deep, cast iron skillet, cut up a few Russet potatoes, cranked up the heat, and tossed in the tubers. Then, he got bored with the project. (And, he remembered that he had to drive to Florida in just a few hours.) So, he left the kitchen (and the fries) and retired to his bedroom.

I woke up in the middle of the night. There was a strange scent wafting through the air. I figured one of the dogs was either breathing in my face or had passed gas. But, strangely, the dogs were not there. I got up, walked through the playroom past the entrance to the blazing kitchen, and went back to sleep on a sofa in the living room. 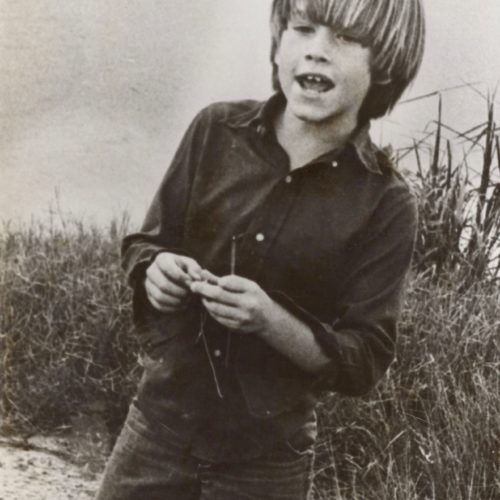 My brother on the beach with a lit punk (photos by: Folwell Dunbar) 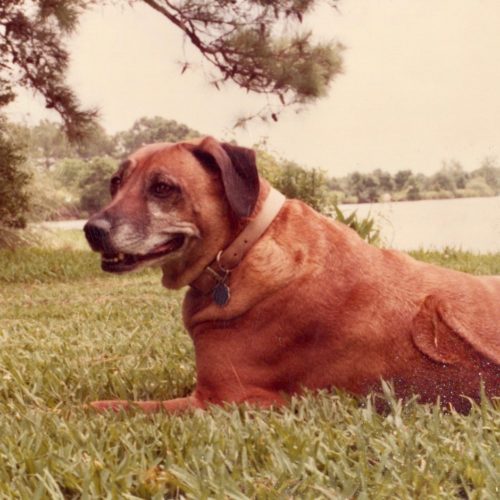 One of the ridgebacks, Lady of Limpopo (photos by: Folwell Dunbar) 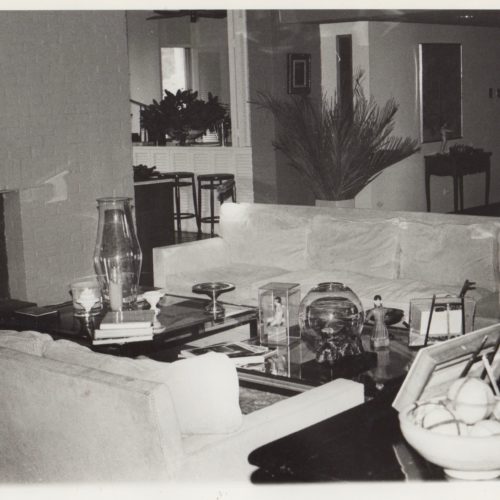 The living room where I slept – before the fire (photos by: Folwell Dunbar)

With their acute sense of smell, the dogs had already retreated to the other side of the house. I saw them huddled against the back door like cold squirrels in a warm nest. Unlike Lassie, they had no intention of alerting authorities that the house was on fire (or that Timmy had fallen into the well). They were just looking for a comfortable, smoke-free place to doze.

My sister had been disturbed as well, not by the fire, but by the growling of her stomach. She was suffering from an acute case of the midnight munchies. In a sugar-induced delirium, she walked past the fire, went into the pantry, grabbed a handful of cookies, crawled back to her room on her hands and knees, and climbed back into bed wearing pajamas now covered in crumbs and reeking of charred French fries.

My father, whose bedroom was on the far side of the house, was the last to smell the smoke. He jumped out of bed and charged into the inferno like a fearless first responder. He sounded the alarm and extinguished the blaze with blankets from his own bed. 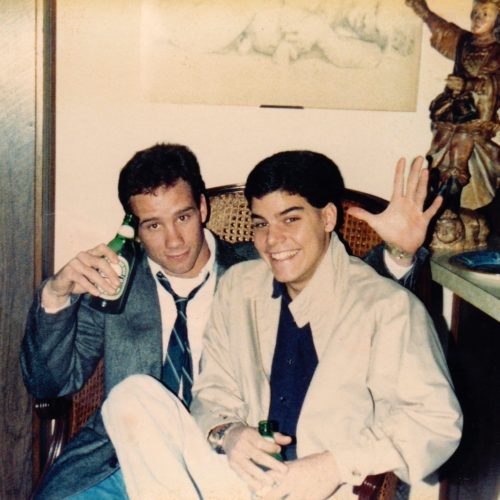 Todd and I back in the day (photos by: Folwell Dunbar) 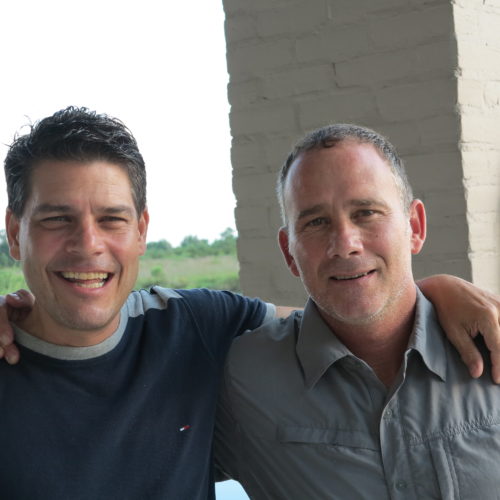 Todd and I today (photos by: Folwell Dunbar)

We all gathered outside in the parking lot, where we discovered my brother sleeping on the hood of my dad’s car. He was wearing only boxer shorts, and he was covered in mosquitos and sweat.

“What the hell happened?!” my father demanded.

“Not sure,” my brother slurred, “I think there may have been a fire?”

“So, you left us all inside to burn?!” My sister barked.

With “all the smoke” still billowing out of the open doors and windows, I suddenly realized that one of our party was missing. “What about Todd?” I yelled!

Todd was a notoriously heavy sleeper. He could crash in the front row of a Who concert. We called him “The Hibernating Sugar Bear.” (Note: He also looked like the mascot for Post Golden Crisp Cereal.)

My dad ran back into the smoldering house and found my friend curled up in bed with a mountain of pillows stacked on his head. There was a faint snore punctuated by muffled coughs. Todd’s face was the color of soot, but he was still deep in REM – dreaming of girls on the beach no doubt.

For a long time, we gave my brother grief about the fire. “Instead of going to Florida this year,” we suggested, “let’s just go camping – ON THE HOOD OF A CAR!” Or, “I don’t know about you, but we’re hungry. Let’s make French fries – AND LEAVE!” And, of course, we screamed the refrain from that famous song by the Talking Heads.

It wasn’t until many years later that my brother finally fessed up to “Burning Down the House.” Enough time had passed, and the smoke of guilt had finally cleared.

* Too many years later to actually make a difference, a friend of ours shared the secret to his success. “You bring a football or a Frisbee with you,” he said. “When you see a girl you’re interested in, you toss it to her. If she catches it and throws it back, you’re in like Flynn. If not, you simply continue down the beach.”

“That’s &%$# brilliant,” I said. I then paraphrased George Bernard Shaw and lamented, “Wisdom is definitely wasted on the old.”

Folwell Dunbar is an educator, artist, and fire/sibling survivor. He can be reached at fldunbar@icloud.com