WHIV Shows How to Launch and Maintain an LPFM 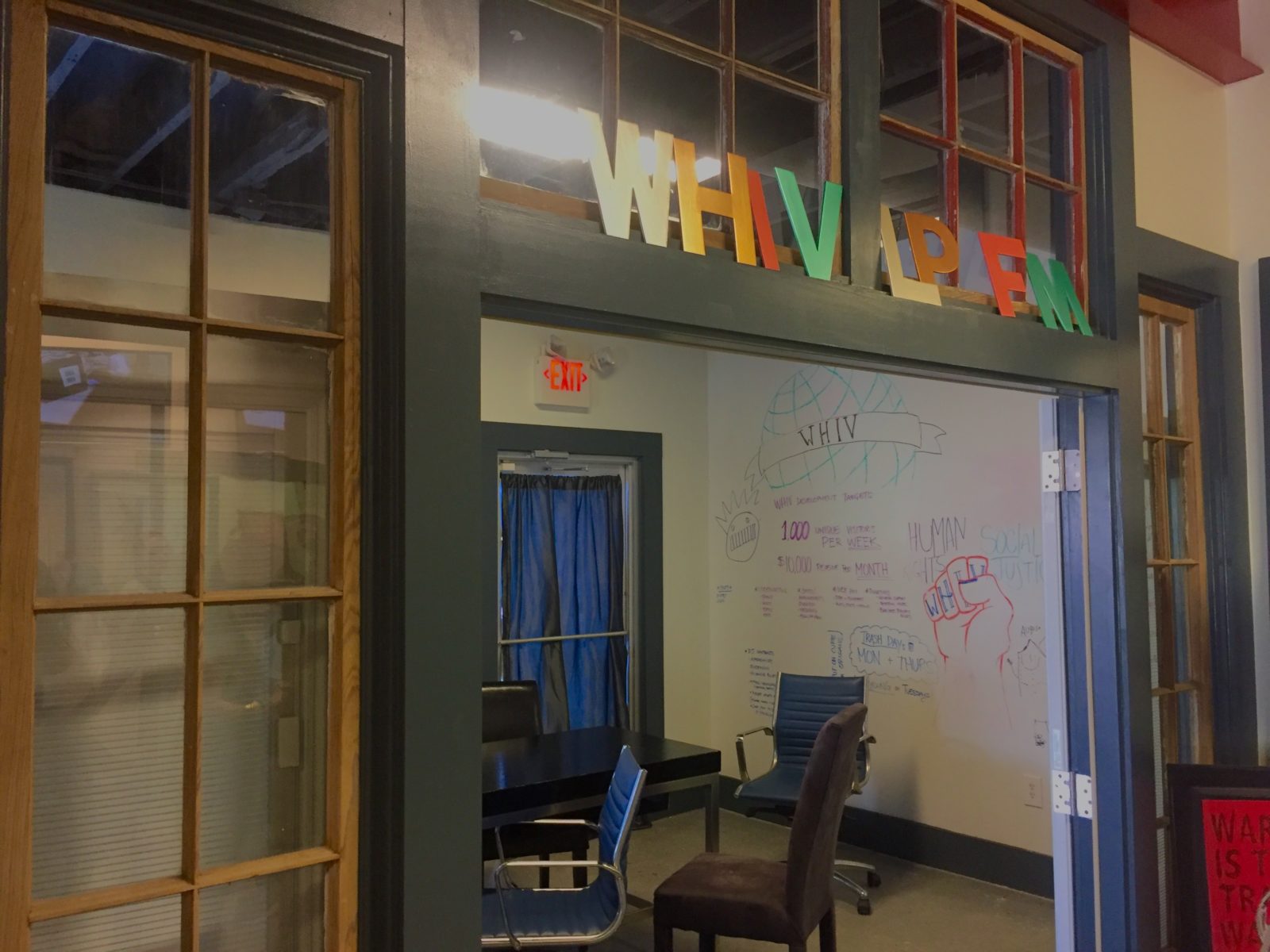 Radio ownership consolidation at the national and local levels has led to fewer choices in radio programming and has had a negative influence on listeners. Low Power FM stations (LPFMs) serve as a medium to give local citizens alternative choices to conventional national radio content. LPFMs are community-based non-commercial radio stations that operate at 100 watts or fewer. Between generating enough listenership, abiding by FCC regulations, avoiding interference with other stations, and serving the community, LPFM stations have a tough job.

For one, starting and maintaining an LPFM station is not easy.

The idea of launching an LPFM in New Orleans came to founder Dr. MarkAlain Dery’s mind in 2013, when he heard on the radio that the Federal Communications Commission was opening up 1,000 radio stations across the country. According to Liana Elliot, Dery’s wife and fellow board member, WHIV was chosen as the station’s name consciously as a public health initiative. As Dery is a infectious diseases physician, he wanted to include a health component that is relevant to the New Orleans community and that is part of the social justice movement.

Launching WHIV presented itself with a unique set of challenges, most of which were abiding by FCC regulations. Dery and Elliot initially had two weeks to complete all of the necessary paperwork in order to apply for the station.

The FCC gave the station’s founders 18 months to get their signal to air, and prove that the station could hold its own and abide by all regulations. During this period, the founders had to “get up to the tower to set up the microphones and decide where to put the physical station,” said Elliot. They played the song “Alice’s Restaurant,” a twenty-five minute anti-war song, on loop for three days in order to make sure that WHIV was running on air smoothly. Elliot said, this was the “first glaring FCC violation that we made..you can’t play the same song twice in a row.” Luckily the FCC was not as concerned with that as they were just making sure that WHIV was able to get on the air at that point, and so WHIV officially launched on the air in December of 2014.

After being launched, WHIV personnel faced many challenges in maintaining the station. They have had to be careful every day of the station’s airwaves and its interference with other stations.  Because WHIV is an LPFM, which don’t rely on advertising for funding, the board has to be creative to raise funds to pay rent.

LPFMs, such as WHIV, give a voice to communities otherwise not on New Orleans radio. Sometimes they have to monitor those voices. Jenny Yanez, host of the show “Islam in the Crescent City,” said that guests on her show are sometimes uneducated about Islam, and that they may even get heated.  She mentioned that if one of her guests swears on her show, or acts out in fits of rage, she is the one who gets fined by the FCC, and nothing happens to the guest.

Despite facing a great deal of technical, financial, and creative challenges, WHIV is able to contest mass media power today by including fifteen various shows that cater to different members of the New Orleans community.

Sports and nuns, they’re more connected than you think Lately, there's been a lot of talk about Sarah Fuller, who is the 1st woman to play in a Power 5 football game, but women have been dominating and beyond capable of playing "power" sports since sports were invented. In this article, writer Raj Maity discusses the historic display of dominance and confidence by athlete Mo'ne Davis, and he explores how gender roles connect together female athletes and the Ursuline Nuns of New Orleans.

WRBH: The Challenges Faced by a Radio Station for the Blind
Art and media

The Importance of Local Low Power Radio
Art and media
We use cookies to ensure that we give you the best experience on our website. If you continue to use this site we will assume that you are happy with it.Ok