I opened the heavy door to the respectable five-story building, the Frank E. Campbell Funeral Chapel. I was met by a young man in a dark suit. He looked distracted.

“Are you here to see Mr. Williams?” he asked.

“Take the elevator to the second floor.” 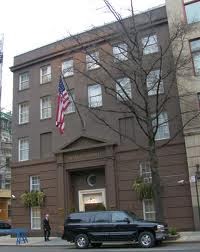 I walked out of the elevator and another young man extended his arm in the direction of an almost-empty room. A few people were there — many less than I expected. I walked to the far side of the room, and there he was.  He was in a casket, dressed in a coat and tie, arms folded over his chest. He looked so small. It didn’t make sense for the colossal things he’d done. I leaned closer. I could see the make-up on his mustache caked at the bristles’ ends. They could’ve done better than that. His eyes were closed. He had died two days earlier in a New York hotel. Choked on a bottle cap.

I was the only one at that moment next to his coffin. I spoke to him.

I wished he could hear me, somehow. I felt less secure in the world now.

“Goodbye,” I said. I absurdly thought he might reply in his famous deep lilting cadence.

I turned and walked away from this momentous death. 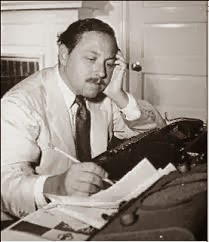