Life Questions Spring 2022: What bonobos can teach us about being sex-positive

Bonobos are a type of monkey that are often referred to as the “Make Love, Not War” apes. They have sex to form bonds, resolve conflicts, express pleasure, and as a method for sharing rather than for just reproduction purposes, which is why female bonobos only give birth every 5-6 years. Even though bonobos share nearly 99% the same DNA to humans, there is still much we can learn about being sex-positive and resolving conflicts from them. 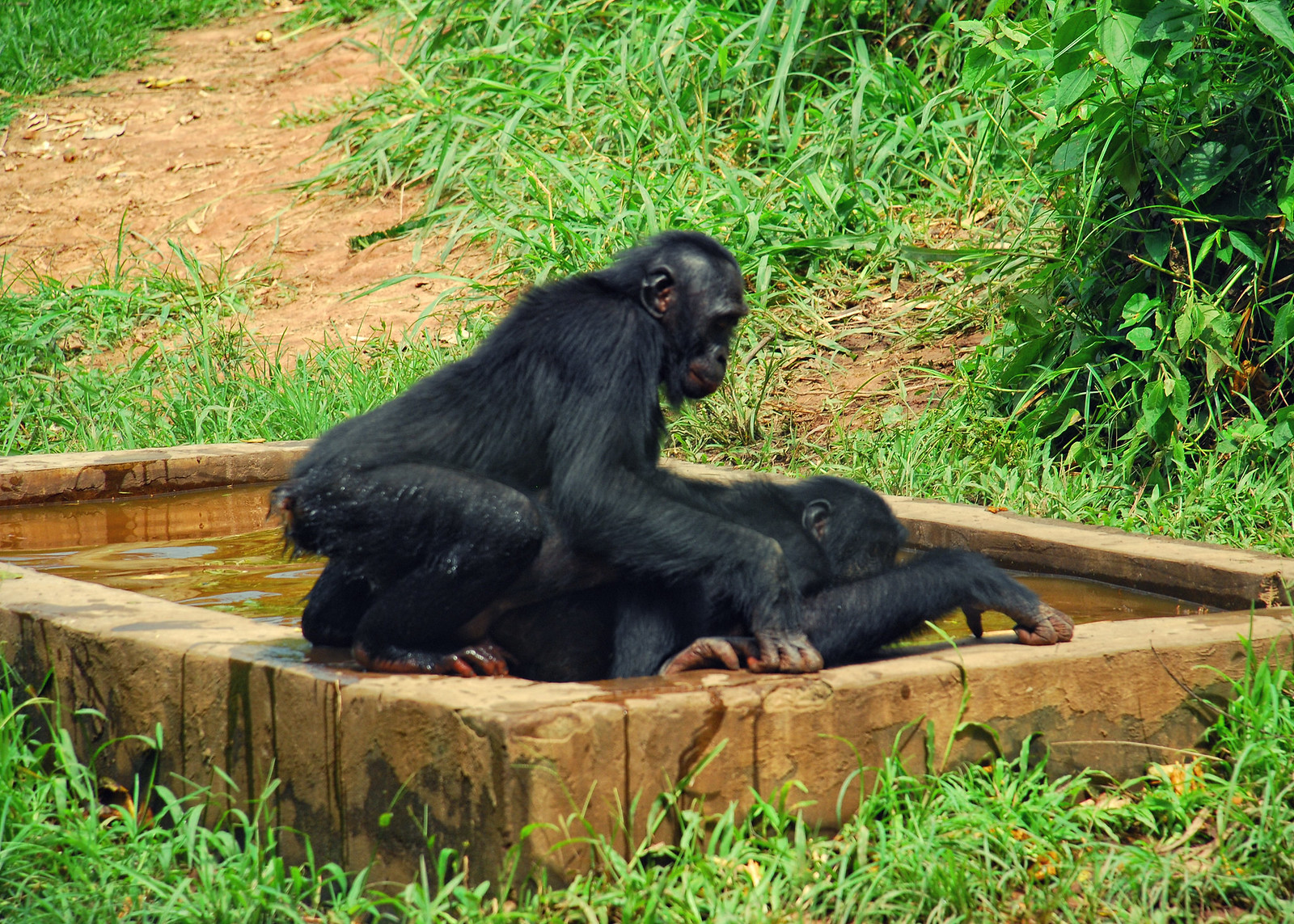 Although there has been much effort and change in society recently with the LGBTQ+ movement, humans still discriminate against homosexuals for several reasons. In certain religions and communities, homosexuality is viewed as a sin. As for Africans, for example, they believe that “homosexuality is a practice that came from developed nations and should be rejected in entirety. They contend that homosexuality is contrary to nature, condemned in the scripture and that it will ruin the society.” Homophobia, according to the Merriam-Webster Dictionary, is defined as the “irrational fear of, aversion to, or discrimination against homosexuality or gay people.” This stigma and discrimination against homosexuals can lead to rejection by friends and family, discriminatory acts and violence, and laws and policies with negative consequences such as poor mental health such as increase stress and poor coping skills, such as substance abuse, risky sexual behaviors, and suicide attempts.

For bonobos, homosexuality is a common occurrence among adult females. They partake in what is known as “genito-genital rubbing, or GG rubbing”, which is when one female clings and wraps their arms and legs around another female. Bonobos live peacefully in matriarchal groups where Female bonobos are the leaders of their groups. Females gain authority over males through their strong bonds and connections with other females, forming a “sisterhood” alliance. Nahoko Tokuyama, of the Primate Research Institute witnessed an encounter between male bonobos ganging up on a fertile female. This caused the males to become overly excited. “They took turns wildly swinging and jumping around the fertile female and her bunkmates, shaking the branches, appearing to display their erections, and perforating the air with high-pitched screams and hoots. Suddenly, three older, high-ranking female bonobos bolted up from below, a furious blur of black fur and swinging limbs and, together with the female in estrus, flew straight for the offending males. The males scattered. The females pursued them. Trees boughs bounced and cracked. Screams on all sides grew deafening. Three of the males scaped, but the nose cornered and grab the fourth one- the resident alpha male. He was healthy, muscular, and about 18 pounds heavier than any of his captors, but no matter. The females bit into him and howled and struggled to pull free. Finally, he dropped from the tree and ran away, and he didn’t appear again for about three weeks. When the male returned, he kept to himself, and the tip of his nose was gone.” Dr. Tokuyama stated that “being hated by females is a big matter for the male bonobos.” 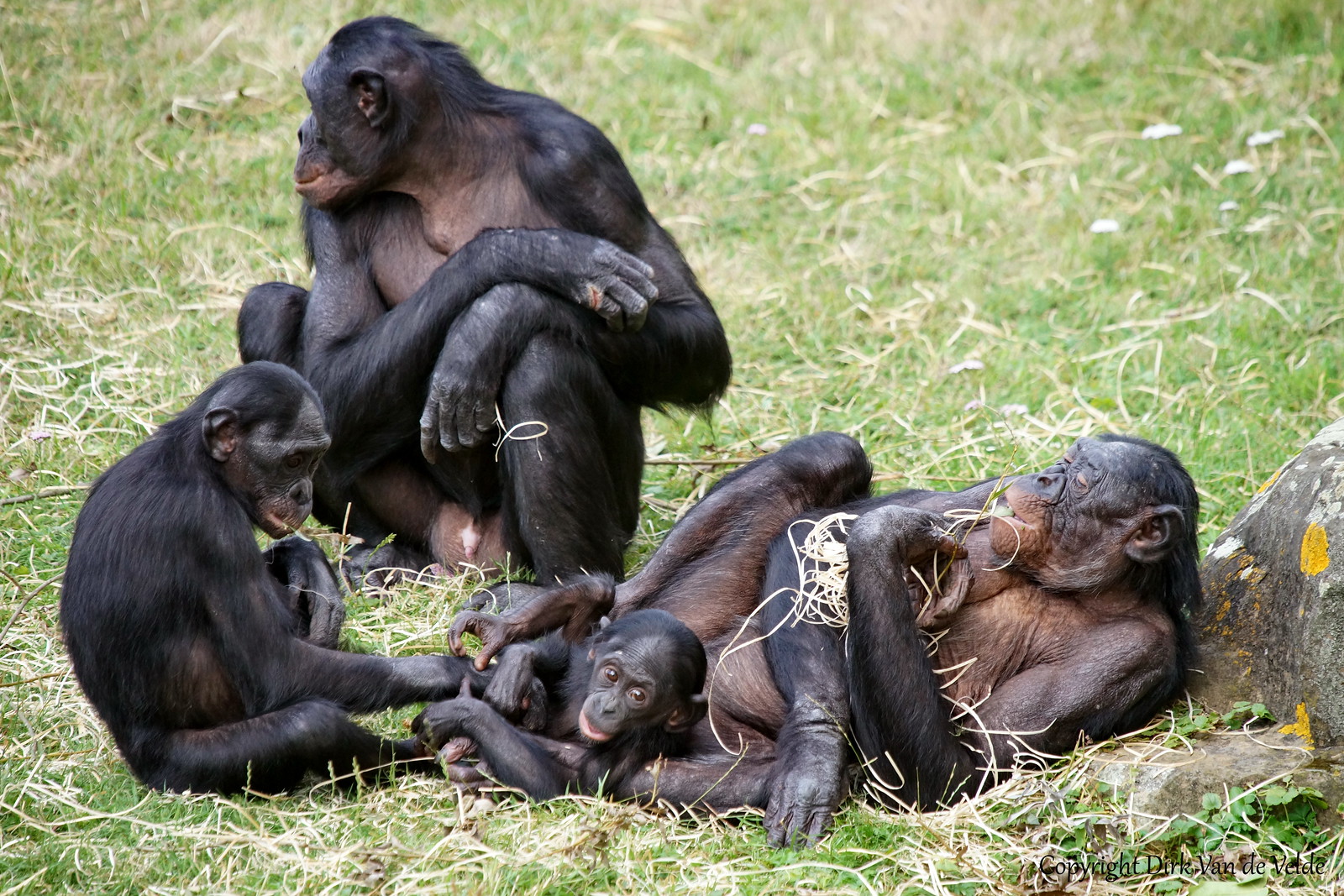 Bonobo Family: they have sex with all ages and genders (Photo By: Dirk Van de Velde, Flickr)

Primatologist France De Val found that bonobos will have sex with both male or female partners, whether young and old, or even while feeding or playing or carrying a child; and they have sex often, all day long, in fact. They have sex then will share food with each other too. They have sex for fun and pleasure, rather than just for reproduction purposes. In fact, up to 75% of bonobo sexual behavior is purely for pleasure being one of the most promiscuous animal species. They live in a harmonious community in which “Bonobos are thought of as possibly the only animals who resolve their conflicts not through violence, but through sex.”

Bonobos use sex to resolve conflicts and comfort others, such as by touching or rubbing one another’s genitals with the hands or feet, and intercourse. In the ABC news video on how bonobos use sex to resolve conflict, we can see two bonobos bursting into a short flight about food or territory by violently hitting each other with their arms and biting, then resort to having sex instead. However, they exhibit other more familiar behaviors including embracing, patting, touching and stroking. Bonobos kiss and have sex face to face or also known as “ventro-ventral positioning” while also gazing into each other’s eyes as often as possible. These methods of physical contact are closely related to alleviating stress since they cause a “reduction in cortisol levels in the blood or causing increases in ‘bonding’ hormones such as oxytocin or vasopressin”. 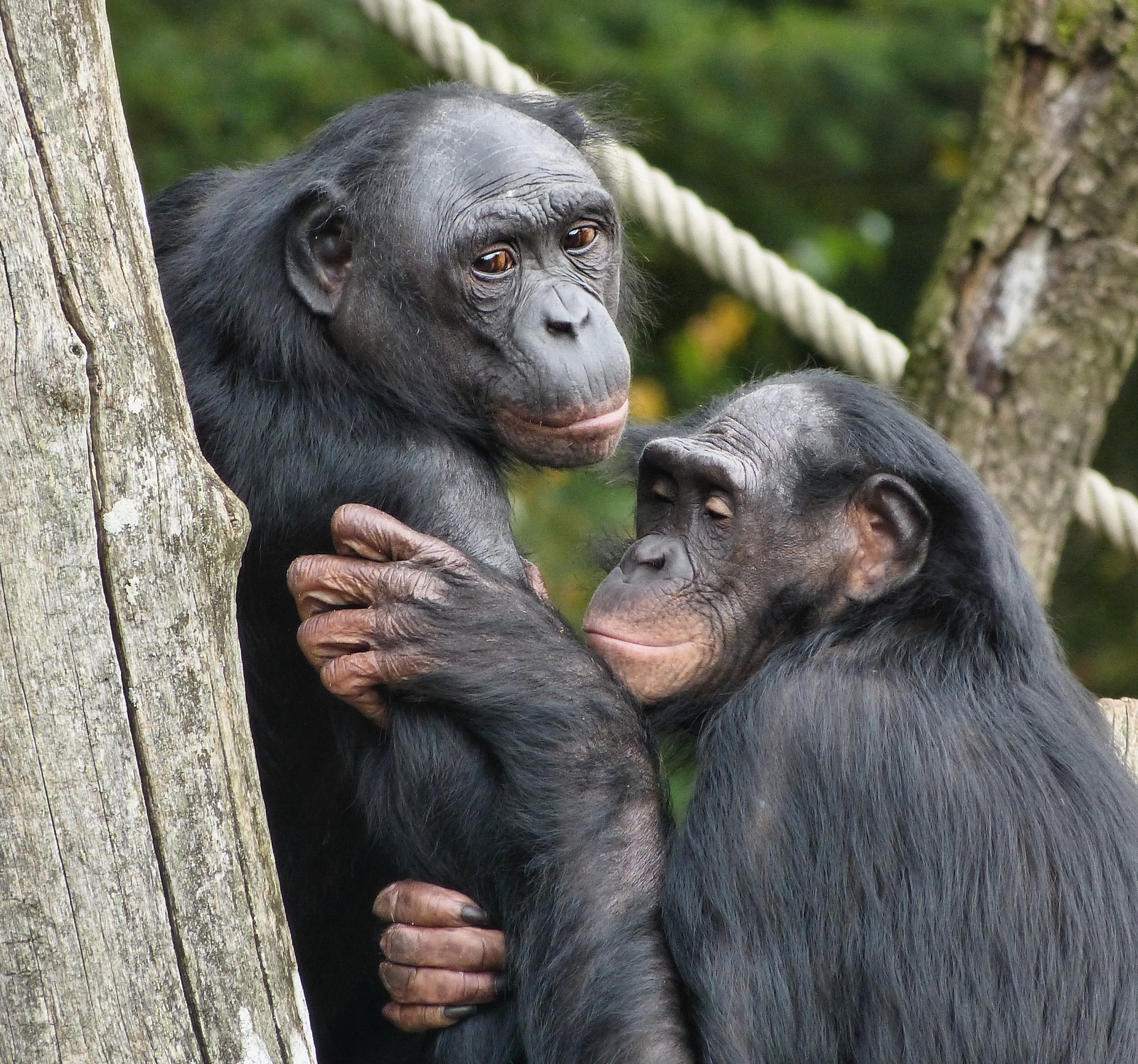