Life Questions 2022: Sustainable isn’t so hard, an investigation of Tennessee’s most notorious commune 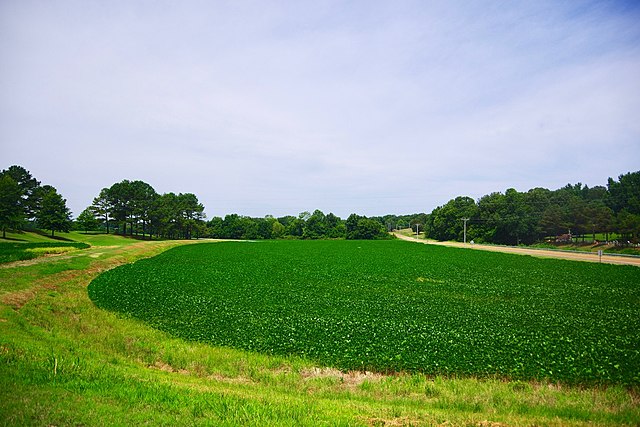 In 1983, less than a decade before the collapse of the Soviet Union, a small socialist commune in East Tennessee was undergoing what one could term a “reverse-Bolshevik revolution”. As one might expect from a group of ex-hippies and beatniks, this revolution was anything but bloody, but nevertheless when the dust settled, the distributist, collectivist society of the last 12 years gave way to an individualist, capitalist community (though maintaining many of its earlier utopian ideals).

The Farm, as this settlement was creatively termed, began as the final resting place for a caravan of hippies led by the charismatic and idealistic former Marine Stephen Gaskin. Making their home on 1700 acres of arable land south of Nashville, this community swelled in size for a decade up to 1200 residents all looking for a “spiritual community” (Gaskin’s sermons drew on wisdom from Jesus Christ, Aldous Huxley, and the Buddha among others) and a “land ethic”. Land ethic is a theory first put forth by author and conservationist Aldo Leopold that emphasizes a human moral obligation to the natural world, an idea that gained steam in the middle of the 20th century alongside the creation of “Earth Day” and other eco-friendly movements. For this burgeoning community, the exploitation of the land by big business and large agricultural operations was simply not sustainable; they needed to find another way.

The Farm was initially founded on a distributist economy, in which the land and all of its production would be allocated to all members by need, eschewing any notion of personal property. In this system, The Farm was extremely inward facing, emphasizing home-births (spearheading a resurrection of the practice throughout the United States) and a vegetarian diet in the largely self-sufficient agrarian community. Dr. Allan Carlson, an avid proponent of distributism and agrarianism sees these systems as “the natural human economy” in that they are the most instinctual economic system, but also because they create the greatest sense of respect for the environment as a place to ethically and carefully source foods.

But for a group that had just settled down from Gaskin’s lengthy speaking tour, one of the biggest initial challenges was to develop the ability to get “life’s fundamentals” i.e. food, water, and heat out of the land that they had settled in and there were more than a few mishaps, including a hepatitis outbreak in the early days of the commune. With every struggle and every setback, the group became more reliant on “the security of a tight-knit, compassionate community environment” as a new culture of collectivism began to foment among the young settlers.

For an agrarian community like The Farm, this sense of collectivism had a profound impact on their relationship to one another, but it also was a struggle for early members. Newly baptized into this collectivist commune, some members testify that “they felt like foreigners” upon joining the commune, but slowly over the course of a decade, Gaskins and the other Farm residents slowly were able to “detox” from the individualism that they had grown up in. The way that this collectivist community treated the environment – traditional farming techniques with oxen and a strict pesticide ban – was fundamentally different from the way that it was being treated in the individualist society around it, a notion that finds support in recent studies about climate change inaction or “hopelessness” in relation to individualistic vs collectivistic cultures.

But this agrarian utopia was not to last. Debt of over $400,000 piled up as a result of poor investments into a failed commercial farming operation, as well as the decision not to purchase medical insurance, leading to a large number of outstanding medical bills. The local hospital placed a lien on the commune’s property and Gaskin’s imposed a fee on adult members to try and pay off the debt, a move that drew the ire of many commune members who began to question his leadership.

The population swelled from a modest 50-60 at the commune’s inception to around 1200 by the early 80s and the 1700 acres that had seemed so vast had now become overpopulated and was struggling to support the rapidly growing commune. Fields were being overworked and not left fallow in an effort to support the new population and some members were even caught using pesticides, a major faux pas in the commune. After struggling for a decade to carve out a settlement where they could practice a new way of life, in accordance with their beliefs, the commune looked like a dead man walking, that is, until they resuscitated the ailing farm with medicine from the most unlikely of sources: capitalism.

In 1983, the bloodless revolution that they termed “Exodus” or the “Changeover” at The Farm led to monthly fees of $104 per month for each adult, the implementation of currency, and the creation of independent businesses. At the same time, as the people of The Farm were distancing themselves from their distributist economic roots, they also took the opportunity to revisit their core values, maintaining many of the peaceful precepts that had been created at the inception of the community, but also “eliminating dogmas that had been inadvertently created” such as only allowing long hair or requiring all members to eat the same diet that did not contribute to the commune’s overall mission. 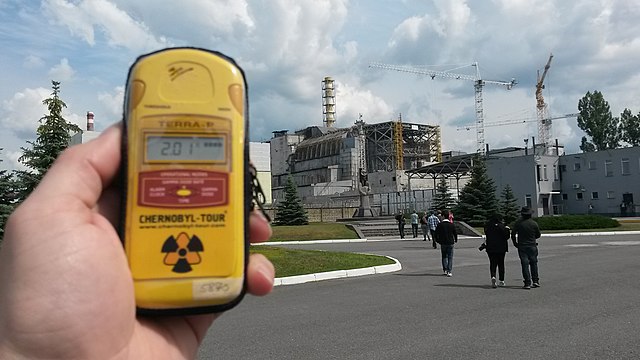 Geiger Counter in Use – Major Export for The Farm Commune (Picture By: Hienstorfer, Wikimedia Commons)

Following the Changeover, the population of The Farm shrunk from 1200 to around 200, which has remained consistent up until the present day. As necessitated by rising levels of debt, the commune that was previously inward-facing and self-sufficient now reoriented itself towards the outside world, creating successful business entities. They have capitalized former community services like Farm Soy to produce ethically sourced soy products. One of their most profitable endeavors has been their electronics manufacturing facility that specializes in the creation of geiger counters that are used in a variety of industries. Finally, The Farm creates a wide array of media from books to documentaries through their publishing company Book Publishing Company. Their current best selling title is a book of recipes called Bravo! That offers a number of sustainable, vegan recipes that are purported to be an alternative medicine for “a number of chronic diseases”.

The Changeover led to all manners of exterior changes, from a decreased population to an emphasis on business to the increased adoption and embracing of technology. Where one would have once seen oxen plowing, one now sees modern farming equipment that runs on ethically-sourced biofuels. But despite these exterior changes, the peace-loving, tree-hugging hippie heart of the community continued beating. The Farm has released a list of their essential beliefs about how to interact with one another and the environment as recently as the 2010s by examining past documents released by the community and identifying key themes. Their embracing of technology and capitalist machinations has turned the community into a forward-thinking eco-think tank with one resident Frank Michael using his spare time to design or improve solar panels and renewable energy technologies, even collaborating with NASA.

With a strong foundation that remains committed to spirituality, peace, and a land ethic, The Farm has not been transformed by its’ “Changeover” into an individualist, capitalist community, but rather has transformed the forces of capitalism and individualism that it is releasing out into the world. Leveraging the outward-facing nature of post-Changeover commune life, Gaskin and his East Tennessee community have become powerful advocates for social and technological change in ways that would have seemed alien to the commune’s earliest residents.