Angola rodeo: “The wildest show in the south”

The month of May, which for some might mean a glimpse of summer or a turn in weather, means something very different in Louisiana. Come May, the Louisiana State Penitentiary gears up to celebrate their annual prison rodeo. This antiquated tradition, which has been proudly titled the “Wildest Show in the South,” attracts 70,000 spectators each year at $20 per person. The penitentiary boasts a 10,000-seat stadium, where Louisiana locals and international travelers gather to cheer on inmates as they dodge the horns of an angry bull or ride bareback on a bucking horse. As it says on the prison’s website “the inmates do get airborne!” The prison rodeo generates a profit of $1.7 million+ in ticket sales each year. This is an incredible financial gain for the penitentiary; however, it exists at the expense of exploitation, re-enslavement, and abuse. In a glaring reality, institutional racism is at work right beneath the rodeo’s “thrilling” and “adventurous” facade. 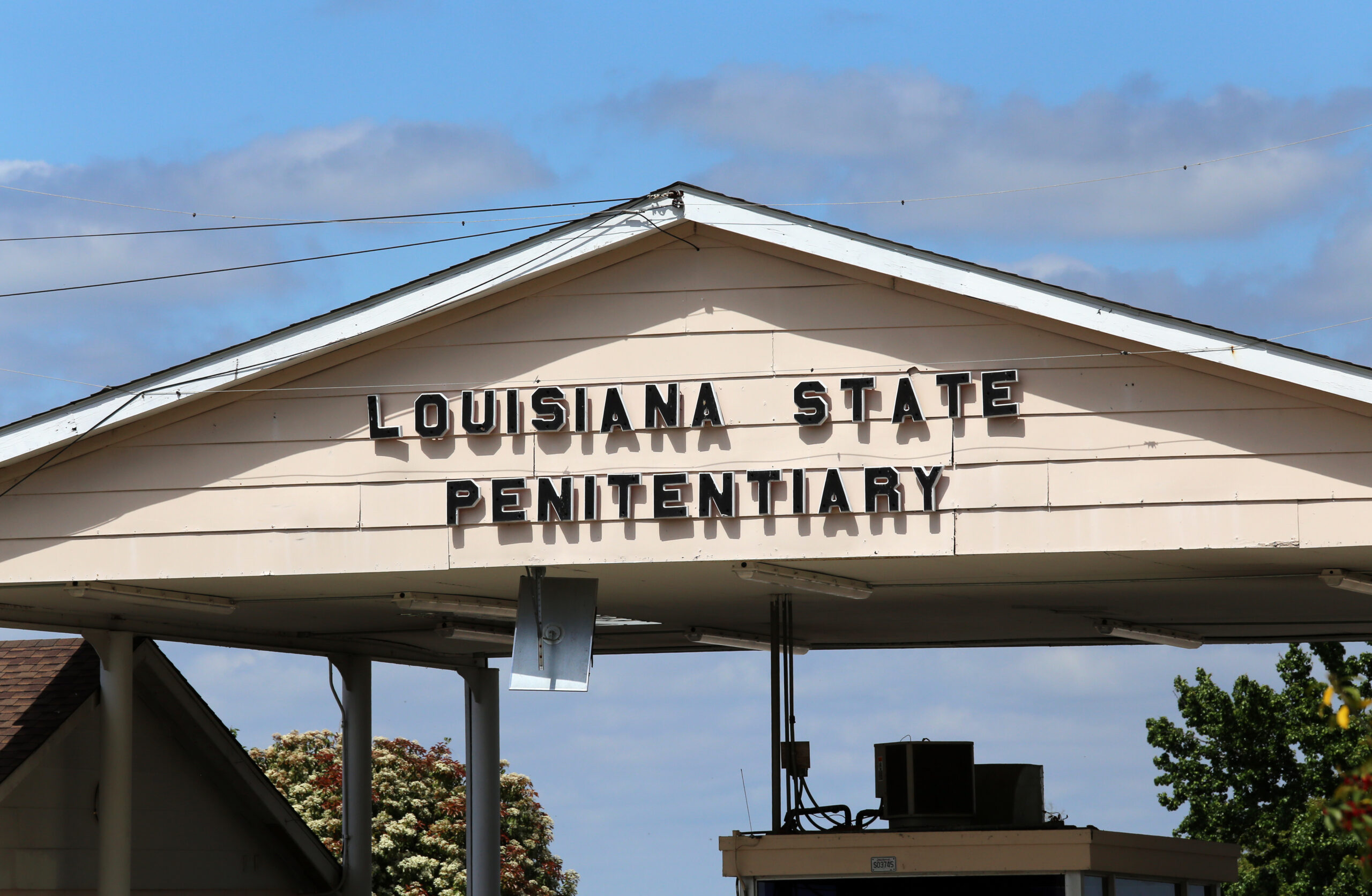 The drive-through gate to the Louisiana State Penitentiary. (Photo by: Katherine Welles)

Since 1880, the Louisiana State Penitentiary has sat in West Feliciana Parish, tucked along the Mississippi River. Informally, Louisiana State Penitentiary is known as “Angola,” named after the antebellum era plantation where the prison was built. Today, the plantation fields are still in use, tended to by the 6,300 men imprisoned at Angola, but the land has been carefully renamed as a “farm.” After a quick evaluation by a prison doctor, inmates are assigned a job on the “farm” and paid twenty cents an hour to cultivate cotton, wheat, and corn. If an inmate is able-bodied they are employed in the fields, regardless if they want to or not, stripping them of their self-volition. The label of “farm” is wildly inappropriate, posing the exploitation of Black men as a docile, structured activity.

This forced labor is promoted as a “rehabilitation tactic” by the prison’s warden, Darrel Vannoy, and famed former warden, Burl Cain. During his reign at Angola, Cain publicly supported agricultural work as a way to foster “morality” within the prison. In a highly prejudicial comment, Warden Cain once said, “Many of [the inmates] didn’t work a day in their life, they just stole. An inmate making 20 cents an hour, that’s meaningful work for them.” Cain validates the exploitation of inmates because of their imprisoned status, fueling a system that capitalizes on mass incarceration.

80% of inmates at Angola are Black. In the United States, Black individuals receive sentences 20% higher than white offenders. The Atlantic, VICE, KATC, The Guardian, and CBS Sunday Morning have all conducted interviews with Angola inmates in the past five years. Almost 100% of the inmates spoken to were serving life sentences for a second-degree murder charge. On average, a second-degree murder charge warrants a 4-20 year sentence in the United States; and yet, these men are confined for life, forced to work on a plantation for pennies an hour. 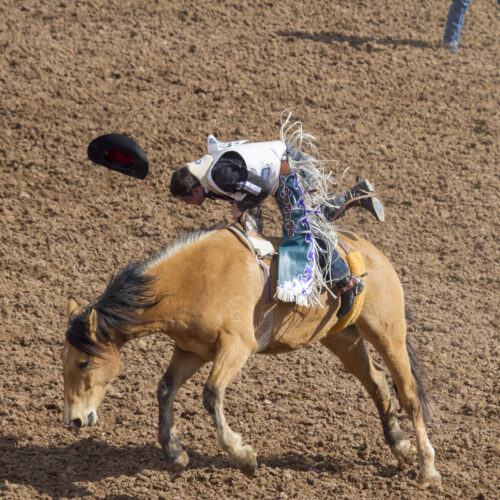 Angola claims the rodeo is for the prisoners; they look forward to it as the highlight of the year. As Gary Young, the Assistant Warden of Programming, said in an interview with KATC, “It’s a behavior modification tool, basically. You have to have a good conduct record and a good duty standing to voluntarily participate.” Taking part in the rodeo, an inmate can make more than $300. In truth, these men look forward to a chance to make hundreds more in one moment than they do for a month’s work. Veteran cowboy Aldrie Lathan put it bluntly when The Guardian asked him why he engages in the rodeo, stating, “money.” Another inmate, Virgil Smith, was interviewed by CBS Sunday Morning. He earns 2 cents an hour out on the field, but up to $500 in the arena. Smith explains that he also participates in the rodeo for money. “I’m broke. I’m trying to get a private investigator on my case.” When asked if the rodeo is worth getting hurt Smith responded, “freedom? Yes. Freedom is worth getting hurt.”

For-profit prisons make the country billions of dollars each year. On average, an inmate is paid $0.23 – $0.86 an hour for their work, which generates $1.8 billion. Outside of correctional facilities, inmates could be doing similar manual labor for minimum wage and benefits. For-profit prisons have racist ties that originated with the abolition of slavery in 1865. The Southern economy relied heavily on slave labor. Granting Black men and women their freedom sparked an economic collapse. However, a purposeful loophole in the 13th amendment allowed convicts to be used for cheap labor, introducing the vilification of the Black man. Angola is a direct consequence of this re-enslavement through incarceration. Over two centuries, with help from crusades such as the War on Crime and the War on Drugs, the exploitation of Black bodies has exploded into a multi-billion dollar industry known as the “prison industrial complex.”

Since 1965, Angola has claimed the money raised at the event goes, in part, to the Louisiana State Penitentiary Inmate Welfare Fund, which pays for inmates’ educational and recreational supplies. However, in January of 2017, an audit was filed against Angola for keeping $6.2 million of tournament revenue in a Highlands Bank private checking account, not with the Louisiana Department of Treasury. It was further unearthed that since the rodeo began in 1964, the revenue has never been held by the state treasury. For more than 50 years, the money raised by the rodeo was left unmonitored, vulnerable to any use the prison directors saw fit. The auditor found multiple instances of inappropriate use of the rodeo funds. There is no way to know if the money has ever truly been used for inmate welfare.

As a resident of Louisiana, is it personally horrifying to know that this level of corruption exists within a public enterprise. Across the U.S., the prison industrial complex thrives within private prisons controlled by third-party companies, because a private prison does not have to be transparent with the general public. Angola penitentiary is a public prison, operating under the state government and paid for by taxes. The abuse of Black bodies within the Angola “farm” and the gladiatorial-esque rodeo is mandated by government officials and condoned by Louisianan residents.

The men of Angola Prison have been dehumanized. As former warden Burl Cain said in an interview with CBS Sunday Morning, “I realized pretty quick in my career that moral people don’t rape, pilfer, and steal. Moral people aren’t criminals.” Virgil Smith, Aldrie Lathan, and all others imprisoned at the Louisiana State Penitentiary are seen as convicts who deserve the punishment they receive. Their basic human rights to life, equality before the law, and freedom from degrading treatment have been dispossessed. Angola capitalizes on the criminalization of Black men in a grossly for-profit way, reaping the benefits of that exploitation in the millions.