You have a restaurant idea. You have all the plans of how people will love the luscious tastes you’re going to fill the world with. You don’t have piles of money ready to pour into a restaurant, so you think: What about a pop-up?

It sounds rational and frugal.

But let’s talk about permits, taxes, and licensing. These create a smorgasbord of legal and financial obstacles for future owners.

After combing through the city (NOLA) and state (LA) websites for an overview of the licensure needed to open a pop up, I personally was completely lost. This process is not designed to be accessible for someone without a formal education, let alone someone who doesn’t know that they need a license to begin with.

According to Nola.com, people seeking to open a pop up in Orleans Parish “need a $50 yearly general occupational license from the city, a $50 revenue certificate from the Department of Revenue, either a special event promoter permit which can range from $250 to $750 or a $50 yearly special event vendor permit, a $305.25 mobile vending permit and a $37.50 temporary food service establishment permit from the state health department.” This means the total cost of licensing may amount to up to $1,192.75. 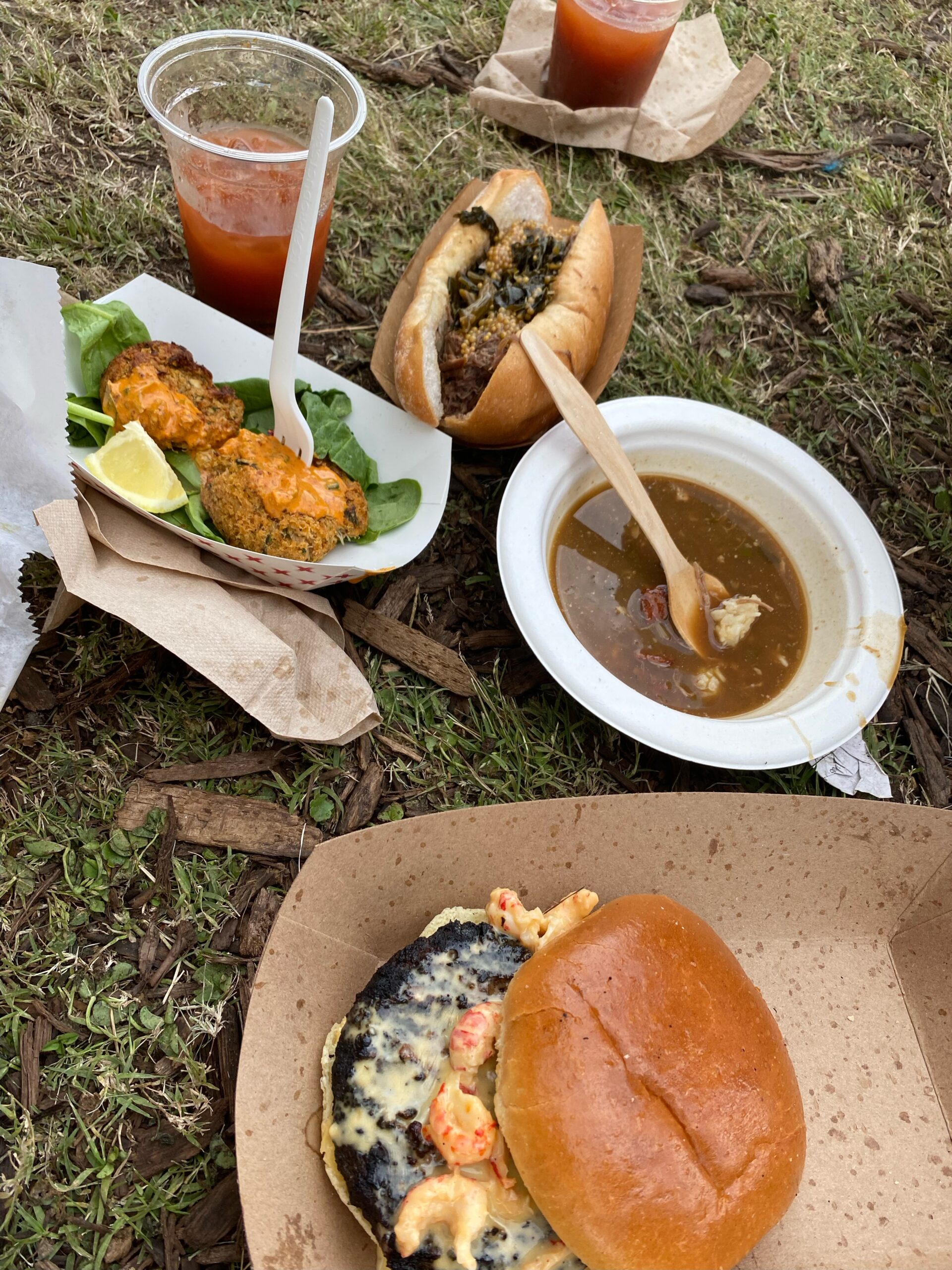 And then, there was (well, and still is) COVID. “After the pandemic started, pop ups became a lot more popular. There are so many now,” commented one pop up owner who preferred anonymity. “There wasn’t a way to license it properly. It was really hard to figure out what the licensing was that you needed.”

The city, strapped for cash, did not make licensing any easier for those wanting to get back to work. Small business owners have grown frustrated with the lengthy wait times to receive a permit. In fact, another pop up owner said , “I wasn’t able to use it [the permit], because the licensing for that kind of job was months behind and only allowed a certain amount of food trucks. So I had to completely let that go. The licensing kind of stifles that little bit of opportunity.”

The hefty price tags and waiting times to acquire these permits likely deter entrepreneurs who may not have the funds and spare time to go through this process.

If the city were able to streamline this process, they would see more revenue from licensure and less businesses would operate under the table. One owner complained, “they still don’t have any kind of standard rules of how things should be. Or [for] even a license; I just have a catering license. There’s not a pop up license. You have to get insurance, but there’s still no standard of all the stuff that you should have as a pop up.”

The only thing that is certain in owning a pop up is death and taxes. Many pop up owners don’t anticipate the taxes on their businesses at the end of the fiscal year, and because they weren’t aware this was something they needed to save for, they don’t have the funds to pay them and are forced to close their businesses. “Some of these pop ups are getting surprised with doing their taxes and they may owe $2,000. They don’t have it,” said a NOLA pop up owner who mentors those new to the scene. If the city were to offer guidelines on how to prepare for tax season, they would ultimately profit more as businesses would be ready fro these expenses and could continue operation into the next year. 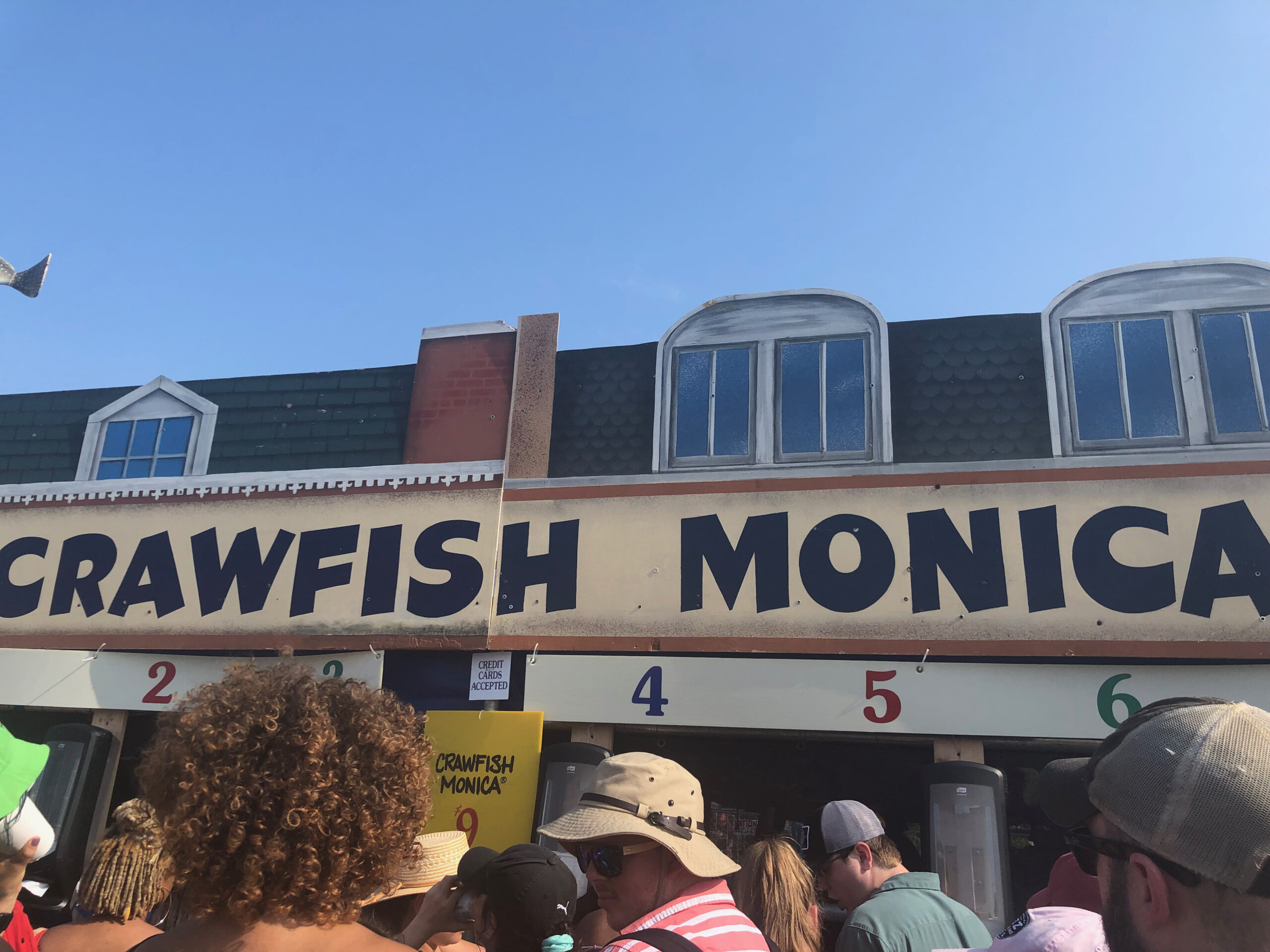 A pop up at the New Orleans Jazz & Heritage Festival.

Pop ups afford New Orleans residents and visitors the opportunity to try new cuisine in a convenient and usually affordable way, making them valuable to the city’s restaurant scene. Investing in creating an easily navigable and financially accessible entry system for new pop ups would be a rightful investment in culture infrastructure, to the benefit of both the city and entrepreneurs. The city should create a streamlined, digital hub informing pop up owners of the exact licensing they need to operate.

If you’re a pop up owner, remember to research the tax laws applicable to your business and set aside money for tax season. There is also a quarterly tax payment system available. You can also sign this online petition asking Mayor Latoya Cantrell to create an occupational license for pop ups.