Editor’s Note: As some of us migrate back to New Orleans and into the school year, the heat of the city is upon us. Yet, there is a cool breeze that comes in the form of all those who help in the city. That’s why we want to highlight, spotlight, and support those who support others. We are dedicating this space for our “Nonprofit Love” shout-outs. Next up, the Lowernine.org! 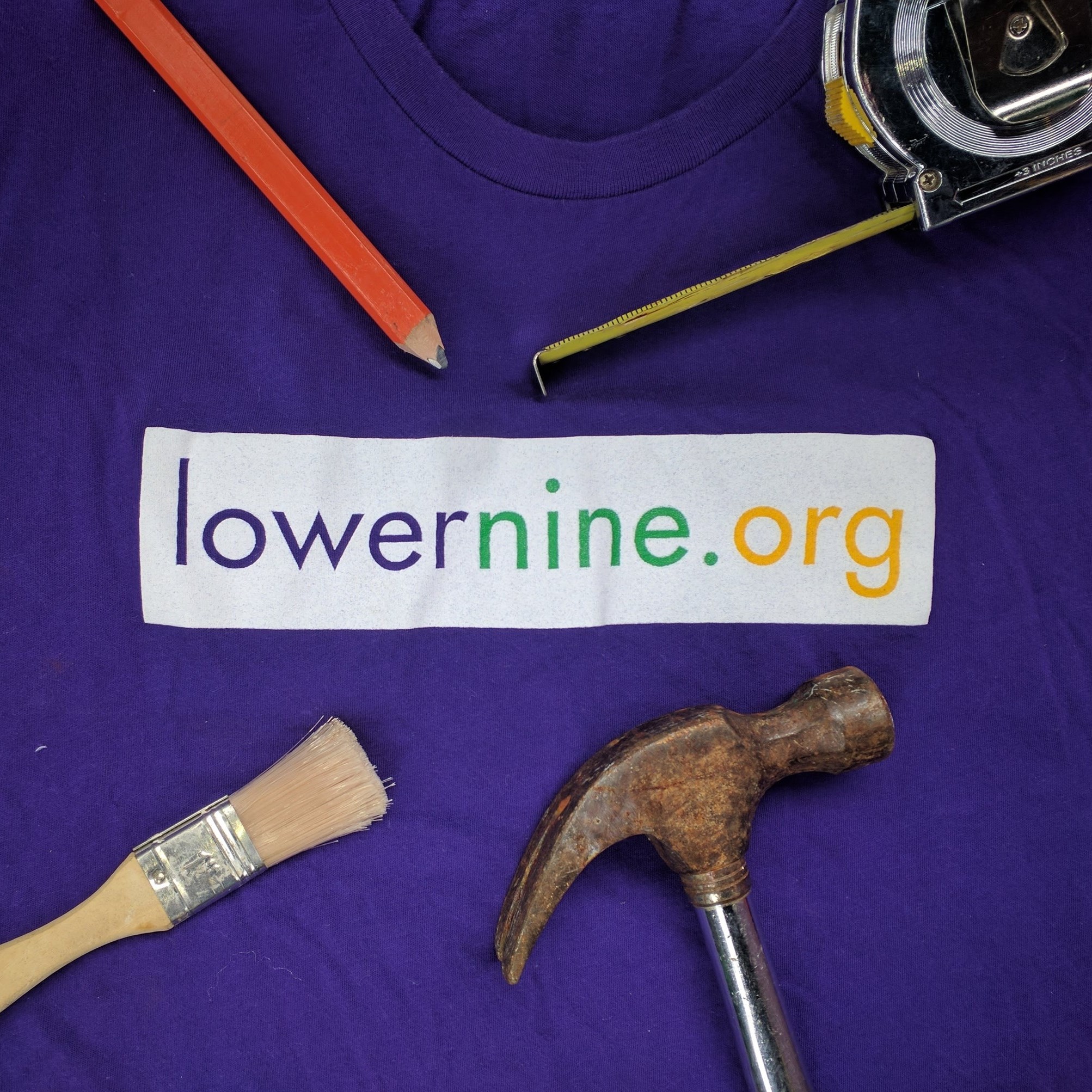 Hurricane Katrina destroyed (or damaged) more than 850,000 homes. 80% of New Orleans was left underwater. Yet the damage didn’t spread itself evenly, with severe damage occurring in the Lower Ninth Ward. This destruction was no coincidence, but more a product of years of structural racism. And this destruction continues to occur today.

The Lower Ninth Ward of New Orleans has yet to be fully recovered even 16 years later. According to the Lowernine website, “as of 2016, population return is only 36.7% – lagging far behind the rest of the City of New Orleans” with many of these “returning” residents actually being new residents to the area. The biggest impact came from the poorly designed levee system that broke, bringing in intense flooding to the area. The community is situated geographically in an area surrounded by water, knowing the vulnerability that the levee system brought. Yet, the government did not fix the flawed levee system. While the storm itself was destructive, the government neglect proved just as harmful.

According to a government report, “The levees protecting New Orleans were not built to survive the most severe hurricanes. It was a well-known and repeatedly documented fact that a severe hurricane could lead to overtopping or breaching of the levees and flooding of the metropolitan area.” Unfortunately, there was no warning system in place and Hurricane Katrina was stronger than the moderate hurricane that the levees were built to withstand.

While Hurricane Katrina caused catastrophic damage throughout the entirety of New Orleans, the poorer communities, situated under sea level took the brunt, and still have not recovered. Lowernine.org works to change this.

Lowernine.org is a nonprofit organization that is dedicated to restoring homes and helping the community of the Lower Ninth Ward in New Orleans. More specifically, the organization works to repair homes damaged and destroyed from Hurricane Katrina.

Lowernine has rebuilt ninety homes since Hurricane Katrina. Volunteers come from across the country to help rebuild what was lost so many years ago.

This year, Hurricane Ida hit the community hard. The Guardian talks about a story of a man whose home was destroyed and rebuilt post Katrina, who watched Ida roll through his home community. While the newly improved levees prevented the severe flooding that occurred during Hurricane Katrina, a new problem arose for this already disadvantaged community. The lack of power led to many being left hungry and hot. This led to a resident saying, ““I wish I’d left for this one, like Katrina. I’m never staying again.”

The Lower Ninth Ward is 99% black. The community is made up of mostly lower socioeconomic classes. Lowernine.org works to help these communities. After COVID-19, the organization created a mobile food pantry to feed those in need. They are now working on a permanent pantry.

It is no coincidence that the Lower Ninth Ward is so often hit the hardest. Because of structural and institutional racism, policies of the past continue to disadvantage Black communities and lower socioeconomic classes. After Katrina, the government implemented several policies that ended up being incredibly harmful and innately racist.

The Road Home program administered by Louisiana was a program that only perpetuated existing inequalities created by the lack of affordable housing and issues like climate gentrification. The Road Home program was found to be discriminatory in federal court as it gave federal money for recovery based on home value instead of need.

It is incredibly important to help these communities. This begins with volunteering at incredibly helpful organizations like Lowernine. The website includes a link to donate. It also provides several other opportunities to get involved and volunteer with rebuilding.

Additionally, we must enact policies that prevent the destruction that occurred during Katrina and still continue now.