Currently, Louisiana leads the nation as the state with the highest incarceration rate according to a 2018 report done by the Prison Policy Initiative. Not only does this report show the need for reform, but the people of Louisiana also agree: results from a poll conducted by the non-profit Second Look Alliance in 2021 prove that most citizens living in the state of Louisiana support the passing of prison reform bills. 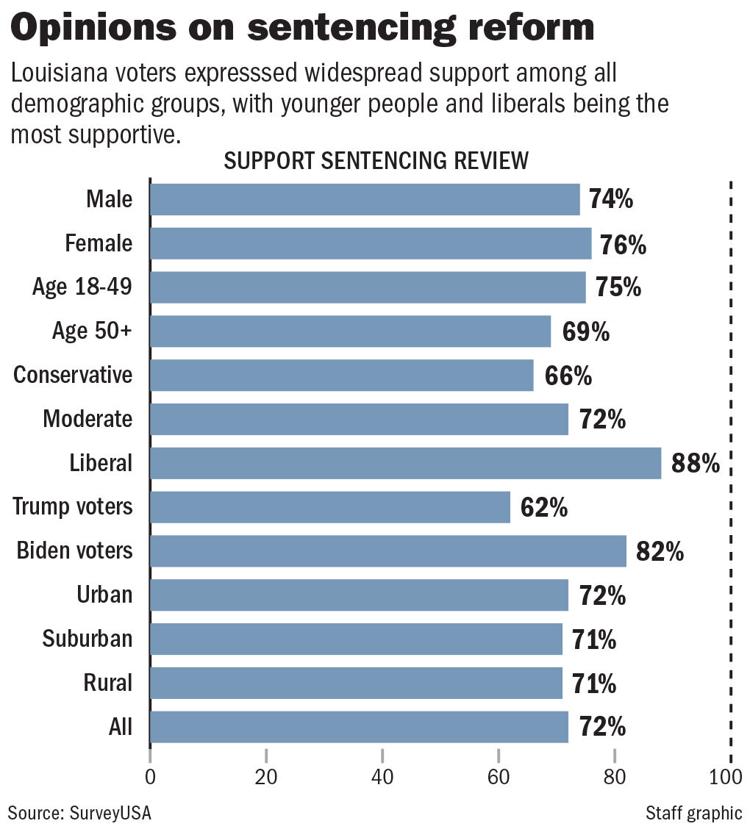 Results from this recent poll show that around 72% of those living in the state of Louisiana support prison reform issues, specifically the much-needed topic of sentencing reform.

While we have a fairly clear understanding of where Louisiana citizens stand on prison reform from this poll, the Louisiana state elected officials are more separated and less aligned with their constituents on their beliefs regarding prison reform.

Recently, prison reform has become a political issue nationally, instead of a human rights issue and has been a topic of debate in the US Senate.

This is also true in Louisiana. However, there have been advocates and honest attempts at progress in the right direction.  In 2018 Governor John Bel Edwards of Louisiana endorsed policy change at the federal level supporting US Senators signing a bipartisan new bill called The First Step Act that would ease prison sentences and hopefully decrease the incarceration rate in many states. Additionally, this bill would reduce the mandatory minimum sentence for those convicted of non-violent drug crimes and allow for early release of those already convicted and in prison. Many Louisiana state officials joined Governor Edwards by supporting this bill, and a year prior to this, Governor Edwards had passed a bipartisan bill in Louisiana that was considered the most comprehensive and effective criminal justice reform bill in Louisiana history. Governor Edwards effected much change in the right direction for prison reform already, also gaining the support of many of his state senators. 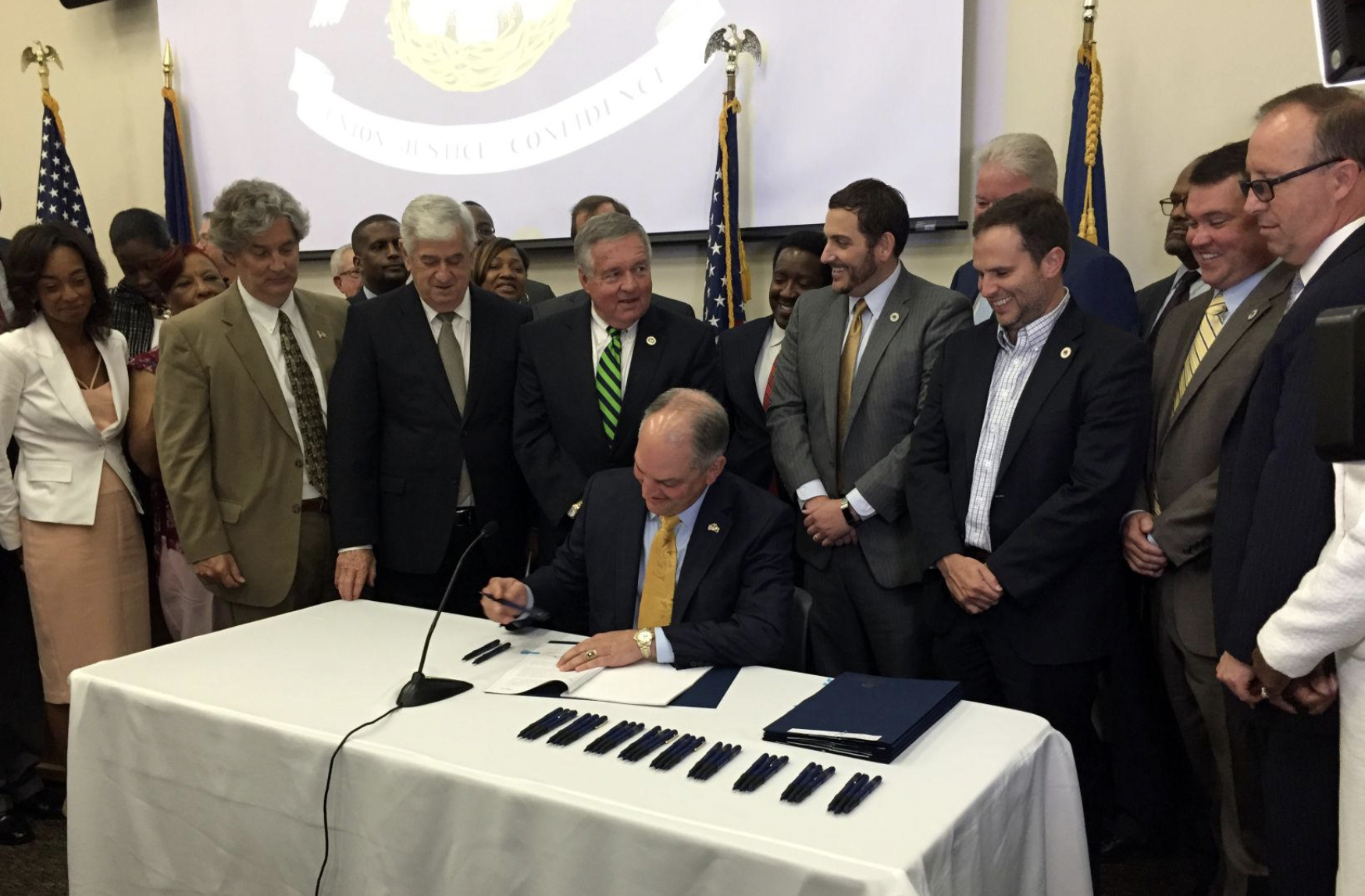 Pictured is Governor Edwards with members of the state legislature signing a group of bipartisan bills that overhaul the state’s criminal justice system.

Unfortunately for Governor Edwards, not everyone agreed with his beliefs. US Senator John Kennedy of Louisiana along with a few other US senators from other states took the opposite opinion. Senator Kennedy attacked Governor Edwards’s plan to combat criminal justice and gave detailed reasoning as to why he disagreed so much with Louisiana’s overhaul of prisons in a meeting in 2018. Senator Kennedy would continue to blame Governor Edwards for all the faults in Louisiana’s prison system. The meeting turned into an explosion back and forth between Governor Edwards and Senator Kennedy over an issue that should have been focused on human rights as it applies to prison reform. Political disagreements, partisan agendas,  and differing opinions have had much effect on the passing of prison reform bills, and unfortunately, this makes the passing of bipartisan bills a very difficult process.

Partisan opinions and unfair representation of a politician’s constituents often complicate the actions of elected government officials when they don’t accurately perceive and represent what the public believes and wants. Prison reform in Louisiana is a perfect example of this misalignment. Often state officials are misinformed about what the public believes compared to what they actually believe or, even worse, sometimes misrepresent their citizens. Conducting polls such as the one listed above gives state officials a good idea of what the public’s true opinion is. However, they might read and react to them and meet with advocacy groups and citizens impacted by policy change. These conversations need to keep happening so that positive change will actually happen. In order for politicians to fulfill their promises, they need to connect with their citizens in order to obtain a true understanding of their community’s needs in support of democracy.

Featured above is Louisiana Senator John Neely Kennedy’s floor speech in which he discusses his views on criminal justice reform.

Punishment and redemption: How the War on Drugs still affects the US prison system
Politics

The Truth about the Big Easy: Corporal punishment in New Orleans schools
Education