Death row inmates face a much different experience in prison than regular inmates do. What makes those on death row so unique is that their time before they are executed is unknown. For example, more than half of the exonerations since 2013 have taken 25 years or more. During this time, death-row prisoners in the U.S. typically spend more than a decade awaiting execution or court rulings overturning their death sentences, resulting in more than half of all prisoners currently sentenced to death in the U.S. being on death row for more than 18 years. 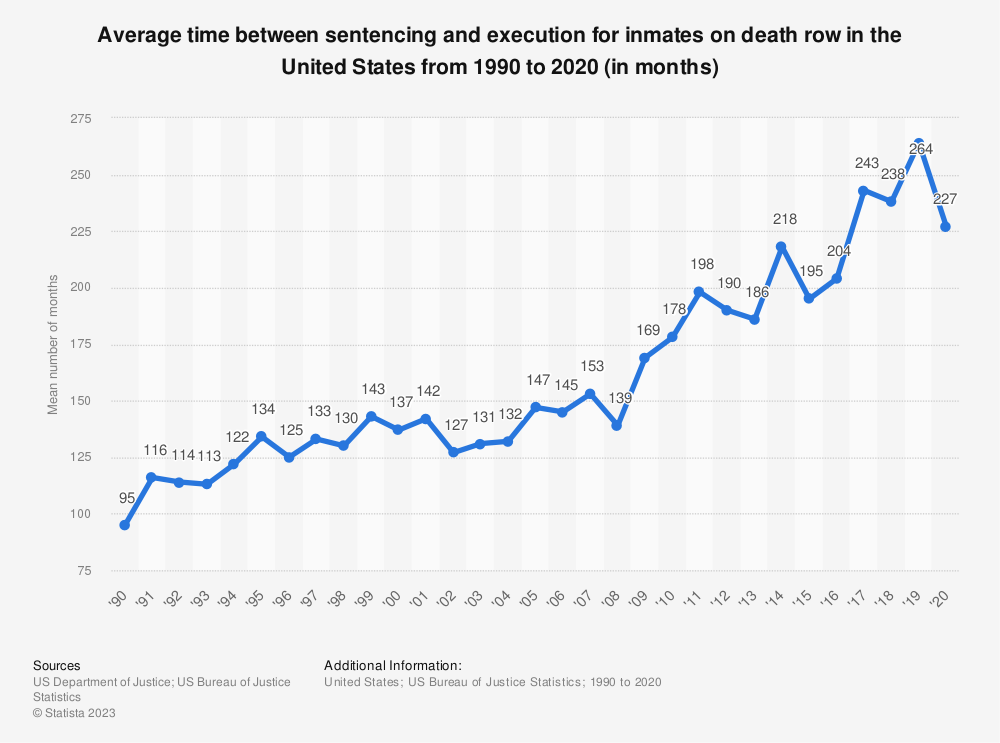 Not only does the stress of not knowing when you are going to be executed take a toll on the mental health of death row inmates, but also the conditions they are placed in further deteriorate their bodies. Those serving capital sentences spend up to 23 hours a day in their prison cells  isolated from other prisoners, excluded from prison educational and employment programs, and sharply restricted in terms of visitation and exercise. These conditions can be so grueling that some volunteer to die rather than spend their whole life living like an animal. These conditions that inmates live through are why many classify death row as “Death before Dying” or a “Double Punishment”. 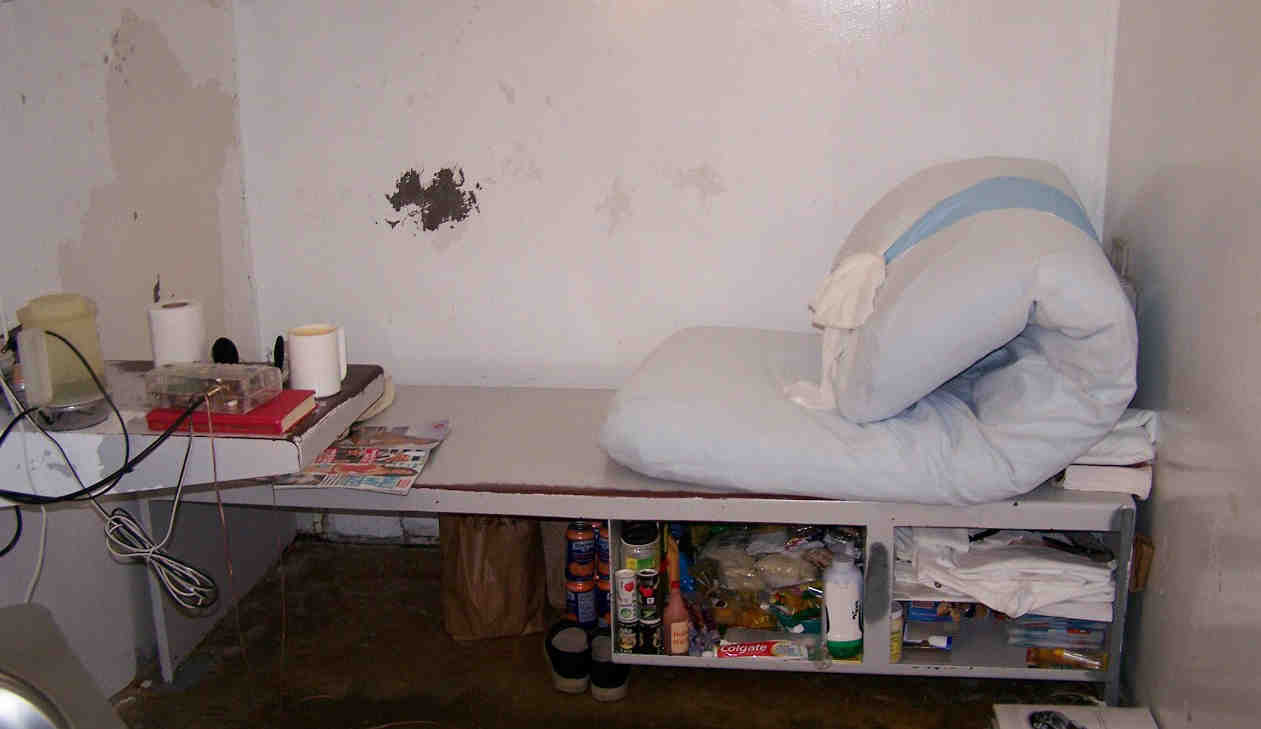 Due to inmates being on death row for 15+ years, over half of those currently alive on it are 50 years old or older. To give an idea of the population on death row, here are some statistics:

This population has aged significantly and as recently as 2019, five hundred and seventy-four prisoners were 60 years old or older. Some of these inmates are reaching up to 79 years old such as Bigler Stouffer who was executed in Oklahoma. Some get so old to the point that they experience such severe medical issues before they can even get executed. James Frazier, Ohio’s oldest death-row prisoner, faced dementia, strokes, the inability to walk, and assistance to complete everyday tasks. His lawyers had filed a petition to stop his execution due to mental incompetency. Another example of an inmate being incompetent to be executed was 67-year-old Alabama prisoner Vernon Madison in 2018. Madison suffered multiple severe strokes that caused him brain damage, vascular dementia, and retrograde amnesia. These strokes left him with slurred speech, legally blind, and unable to walk independently. He can no longer recite the alphabet past the letter G, goes to the bathroom on himself because he does not know there is a toilet in his cell, and asks that his dead mother be informed of his strokes. The State of Alabama had argued that Madison’s dementia was not a reason to prevent his execution, but in a 2019 ruling, the U.S. Supreme Court ruled that cognitive issues associated with dementia could render a prisoner incompetent to be executed. Based on cases like the ones mentioned above, phycologists and lawyers that the conditions in which these prisoners are placed can make prisoners suicidal, delusional, and insane caused by what people call the “Death Row Phenomenon”. Prisoners who spend decades on death row experience this, which causes them to have intense suicidal thoughts and psychotic delusions. The time that prisoners spend on death row in the U.S. has gotten increasingly longer and many have started to question the constitutionality of this added punishment. There is also a large portion of this population spending time for a crime they did not commit. For example, mistaken identifications have contributed to seven of Louisiana’s 11 death-row exonerations. Attention needs to be brought to this issue, as well as reviews on death row’s constitutionality, some important ways to begin to reform the system.