Editor’s Note: 85% of the US population owns a smartphone(statista). This adds to the constant busyness of  lives and makes it hard to unplug; it can also lead to unneeded stress. According to a 2019 study published in Scientific Reports, spending at least 120 minutes in nature a week is associated with good health and decreased stress (White et al).  In other words, sometimes we are in need of a stroll through the park, so that’s what we’re giving you. The following is a collection of articles about different parks in New Orleans. The collection features historical articles, talking about the history of different parks; informative articles, featuring different events that can be attended at parks; and creative writing that draws inspiration from the park’s beauty. Our goal through curating this selection was to give anyone the ability to take a virtual stroll through the park. We hope this collection provides a much needed disconnect from the world, and inspires you creatively. This piece on the Singing Oak was originally published on Nov 20, 2020. 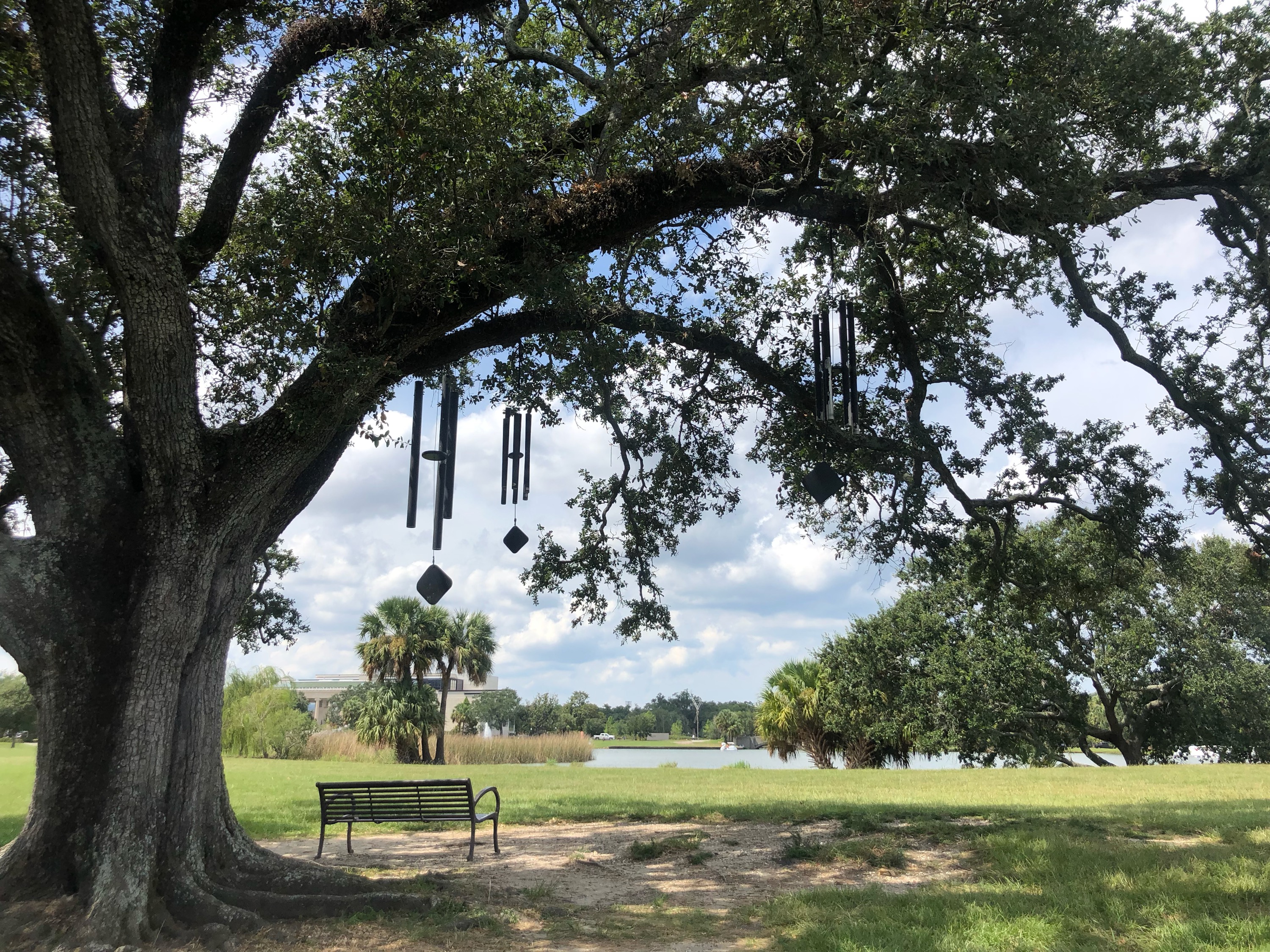 Well written and wonderfully reaching into the soul of the Singing Oak.The Music of the chimes, like Jazz and New Orleans itself, is fluid- but centered on the simple joys of life!

James Hart
Recent Posts on ViaNolaVie
Donate to ViaNolaVie!     GIVE BACK TO THE NEW ORLEANS PUBLICATION THAT’S ALWAYS GIVING!  ViaNolaVie,...