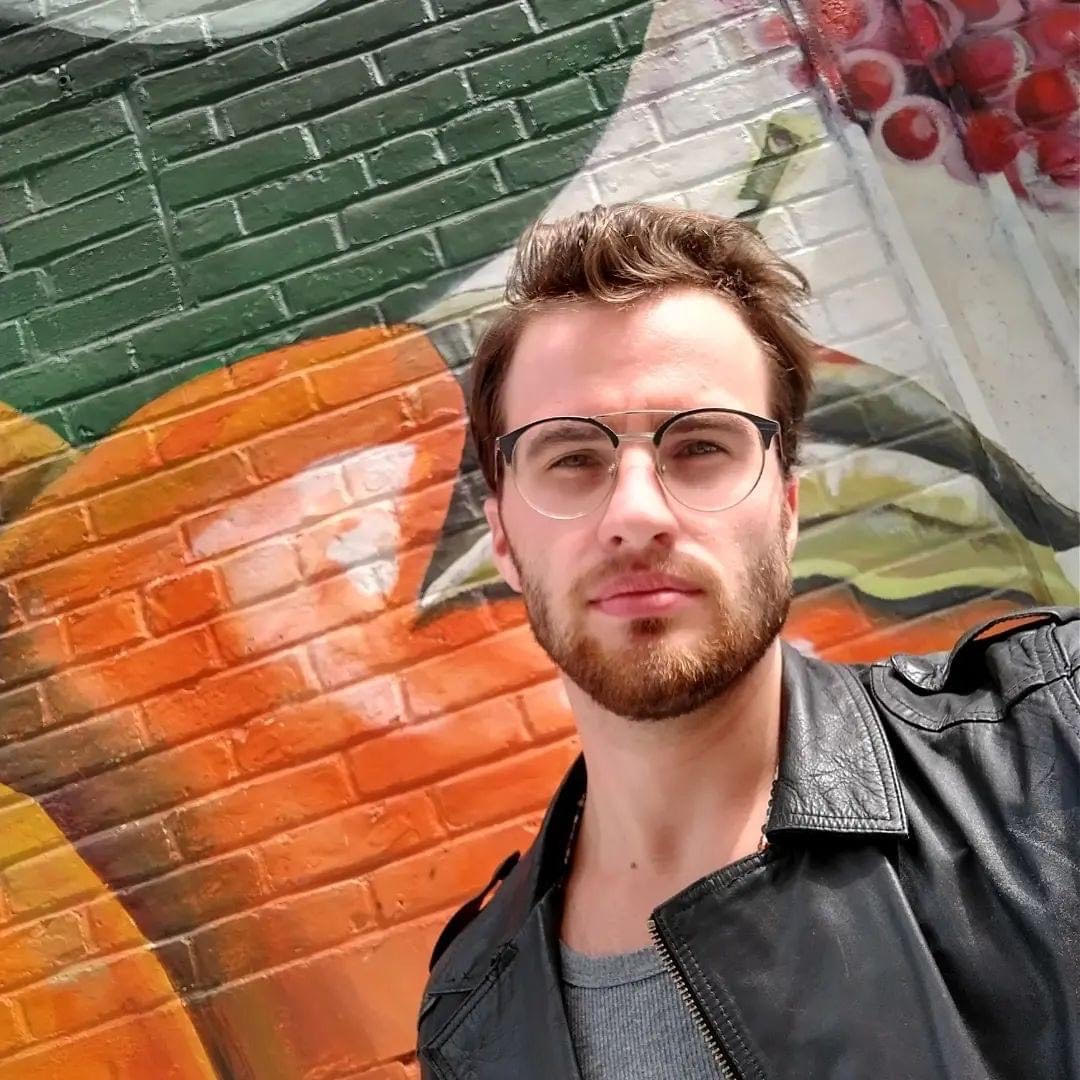 Bodan, hi, thanks for agreeing to do this interview. First of all, where are you from?

I was born in Kharkiv but lived and traveled throughout the entire Ukraine for sure, as well as in Europe. I lived in Lviv, in Irpen, in Kiev, in Donetsk. When I was 8 years old we lived in Tumen in Siberia, Russia for half a year. After that, we spent six years in Bosnia, and after that, I moved back to Kharkiv to live with my father, who at that time was applying for status.

Will you share with me please how you have found yourself in New Orleans?

After I finished my master’s degree, while covid was still going on, the summer auditions and programs were closed. For a long time I was interested to find out more about New Orleans; I was always a fan of Hemingway, Faulkner, [and] Tennessee Williams. I came here for New Year’s Eve with friends just to have a good time, walk around town, and I really liked it.

It’s a very European city, very culturally free, and the people are open-minded. It seems to me these are my people.

Great! My next question is about your sense of home. Where do you think is your home?

I would say the closest thing to a home for me is being around my brother and my mother. Because that was the atmosphere of home — the one constant thing of having the two of them around. No matter where we were, which country we lived in, which language we learned, they were always there — that’s the closest thing to home.

Bogdan, if you were a battery, what would be your charge now vs the beginning of the war?

Logically I should feel very depleted and defeated,  but I’ve been calling a lot of my Ukrainian friends and family, and they are in it, you know, in Ukraine.

My uncle and my cousin are in Kharkiv where bombings and shootings are still happening; yet, they are so optimistic and so confident. The concept of Peremozhemo or “We Shall Overcome” is so strong. They are also very religious, so they are confident that God is on their side.

So they give me a lot of energy. When I am tired I am still feeling optimistic. I would say that at the start it was very very heavy. I was at 4/10 reading all this news. Now I am like 8 or 9/10.  I feel like there is so much work to be done, and it’s pointless to keep worrying or thinking about this. There is a lot of work that needs to be done on every single facet of society you can think of. There is so much you CAN do, and so much that IS being done; there is no point in feeling pessimistic.

Do you have dips in energy?

Absolutely. There was a big dip during Bucha, for one to four days my energy was at 1 or 2, where it was difficult to get out of bed; it was difficult even to talk to people, especially to Americans because they didn’t fathom or believe or understand the scale of what was happening. Similarly, finding out about the crematoriums in Mariupol and finding out about an even bigger mass burial grave, in moments like that, it really takes you out of the moment and all the momentum that you have been building up, and I think it’s easy to fall back. 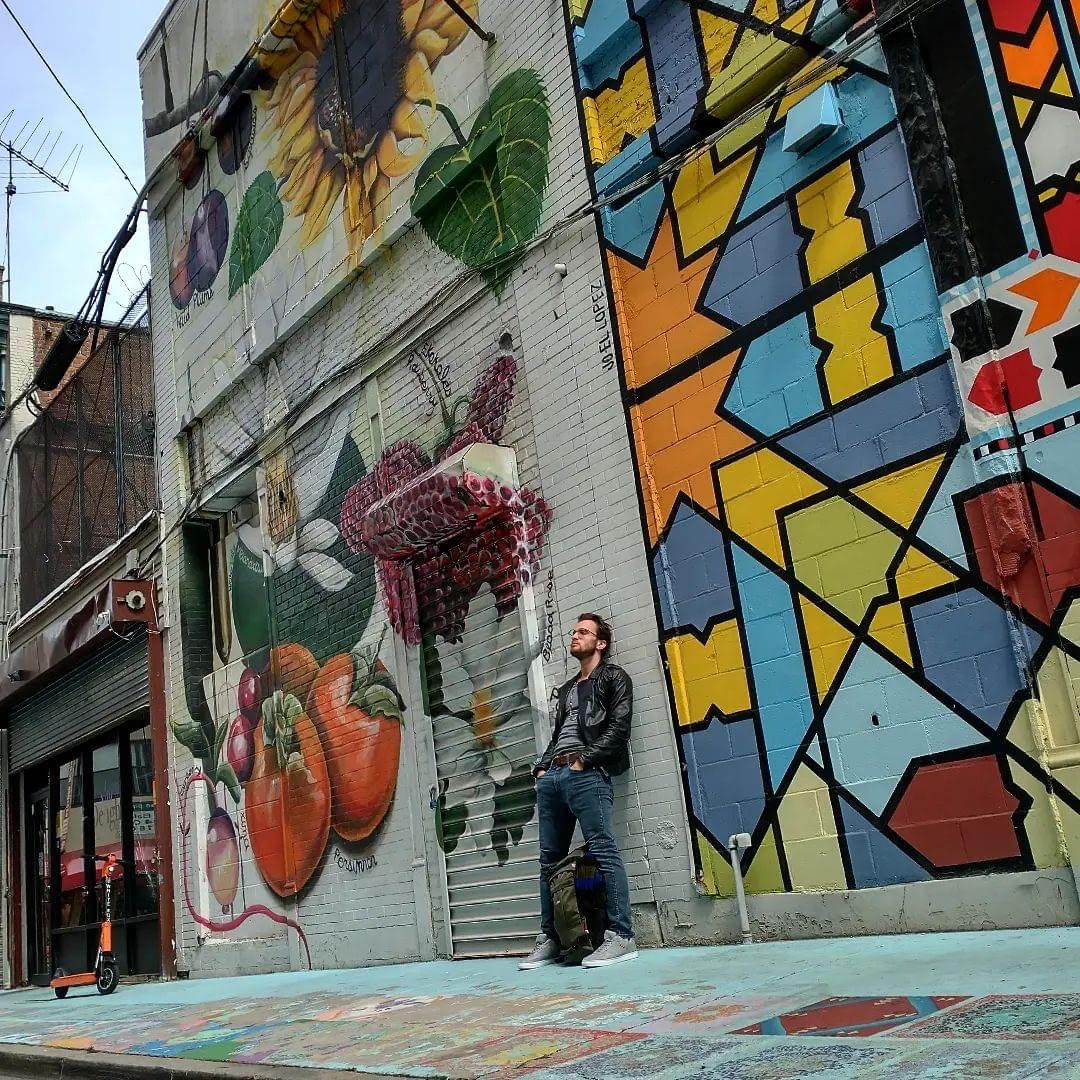 What’s the base feeling  that you have been carrying with you under the skin since the war?

After the Soviet Union fell, many people got very bitter. People lost a lot of money, property, [and] jobs A lot of them had drinking problems, anger issues. Now it seems like a lot of people are working very hard to get over the problems, because now there is a cause that they can all better themselves for — something that’s ‘bigger’ than them all. So that brings me a lot of hope. Under my skin, more than anything, I feel very proud to be a Ukrainian.

What are the four words you could use to describe your body right now?

There is also a lot of motivation, determination, so resilience

Also pain — not in the body but in the mind, but the mind is the part of the body. There is definitely a lot of pain when I process all these images, hear all these stories.

And lastly, I feel open, in a sense that: if I could give a hug to every single Ukrainian right now, I would do it. All 48 million of them. There is such a sense of love, every Ukrainian I see I just want to say, Slava Ukraine, and give them a hug. 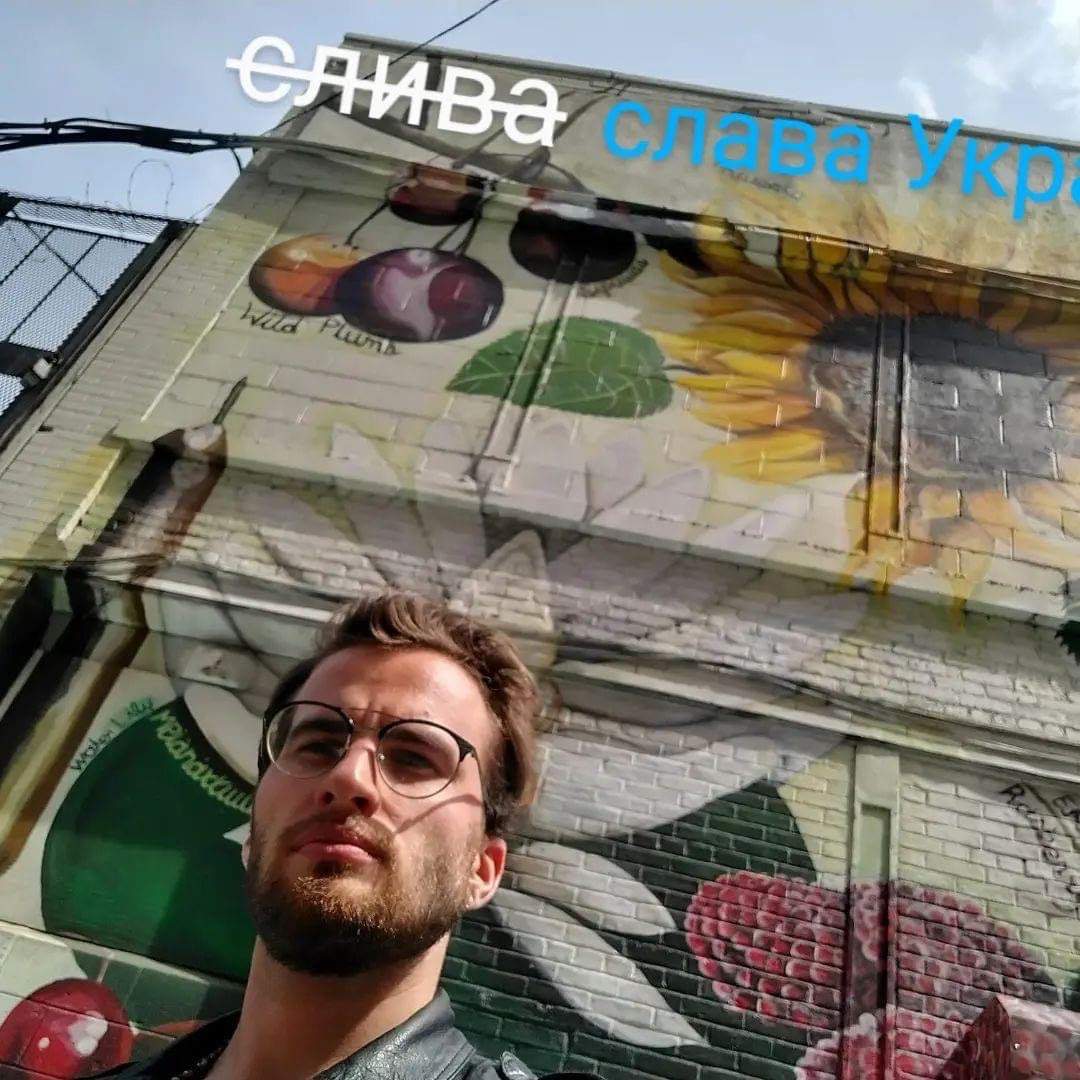 I wonder how your sense or reality is different now then before February 24th?

It goes without saying that war in general is harsh and disgusting. The kind of war that’s happening –  vacuum bombs, poisonous gas, the stuff that was happening in Chernobyl, that just alone makes my insides turn to boil.

The reality that my friends and family could be gone like that (snaps), the reality that hundreds of women who could be my sisters or friends would be raped, that reality of systematic rape, systematic execution, that’s not something that before February 24th I would think of daily. And now it is.

My city, the streets I grew up on, the houses I lived in, the school that I went to are continuously attacked, erased to the ground. Bombed. My grandma is in a village near Kharkiv, and the fact that a soldier can walk up to her any day and shoot her in the head is the reality I have not thought of before February 24th. And before that I would not have thought that I hear from the Russian side that every Ukrainian is a nazi, and that we have to be removed. That hasn’t been my reality. A lot of Russian people believe that right now; that’s terrifying to me, and it hurts.

Thanks for answering this question, it’s a hard question. How did the war affect h  your intimate relationships or friendships? What have you noticed?

I think I am a lot closer with my Ukrainian friends. My mom, obviously. Here it’s just hard to connect to people who do not understand or acknowledge what is happening, if it makes sense.

What’s been unhelpful or unsupportive?

What’s been unhelpful is a lot of educated people say that wars have always been happening, and wars like this happen all the time.

They’ll say, we have to admit that Ukraine is a pawn in a greater war, and it feels completely unproductive to me. Because thinking like that makes a human life dispensable, and I don’t think this should ever be the case.

Also what’s been unhelpful is people saying, well Russian people are dying too. Well what the fuck are they doing in Ukraine? They can desert; it’s always a choice. If you are going to attack someone you have to expect that you might die because you are attacking somebody else’s country. That feels very unhelpful. Or saying that the sanctions are too harsh. Well, you know the war isn’t going to end unless the regime ends. The only way I see it ending is either the sanctions will get even harsher on oil and energy, or it has to collapse — implode like the Soviet Union. So I think that pressure has to exist for people to use their voice, do something.

Do you have many friends engaging in intellectual debates with you because of your academic background?

Yes, exactly. I can have a conversation, but ultimately it’s kind of pointless, because they’ve already made up their minds in a way. They are a little numb to the emotional aspects. Obviously I am not because it is my country, but it seems like that’s something they ignore completely, even stuff like genocide, even stuff like rape; they say, ‘well, it’s war.’ And to them I say, ‘if this was in your backyard, would you have the same pragmatic view about the rules of war?’ If your mother is being raped would you still stand there and say ‘well, you know, that’s what happens.’ So it’s a little callous to have this view.

What would you like to say to people in New Orleans?

Don’t stop asking; don’t stop thinking about it. Your energy is needed at whatever capacity. Your energy is helpful and appreciated, and it is needed. Whether you are talking to other Ukrainian people, sending a monthly donation — tell your friends to do it. Also, I would say thank you for all the support you already have given me. It does not go unnoticed. Don’t let the war slip though your radar. I think there is a lot going on in the world right now that’s very frustrating and it’s very easy to think that everything sucks. But I refuse to be pessimistic. There is hope. We are going to make it out of it, all of us.

What is your dream for Ukraine?

Ukraine for Ukraine’s sake. I think every Ukrainian wants Ukraine to be what it can, should, and will be.