Editor’s Note: It’s sometimes called an Odyssey. It’s sometimes called a gift. It’s often called everything in-between, but when we look at life, it feels like a quest. That’s why we’re giving all of April to the Life Quest(ions) that people have always wanted the answers to. Here’s what we did: We asked hundreds of people what quest and question they’ve never been shown or given the answer to even though it’s something they’ve always wanted to pursue. Then, we pursue it and provide the answers! Next up, we’re looking at “success” and how to obtain it.

When University of San Francisco medical student Annie Hoang was in high school, getting a college degree was completely out of the question for many of her 3,000 classmates. At her large New Jersey public school, only 50% of students graduated and most were low-income individuals from immigrant families, including Annie’s. For kids that are facing issues such as high levels of poverty, unstable home, and family life, and drug addiction, filling out the Common App is oftentimes not even considered. Disparities lead to an economically stratified college community: only 3% of incoming freshmen at the nation’s top universities are from low-income families, while 72% come from the top economic tier. This data illustrates the harsh reality faced by low-income students seeking higher education. The odds are stacked against first-generation students, with a ratio of 24:1 wealthy to low-income individuals at elite U.S. institutions. According to an article published by The Hechinger Report in 2020, children whose families are in the top 1% are 77 times more likely to receive an Ivy League education than those in the bottom economic bracket. 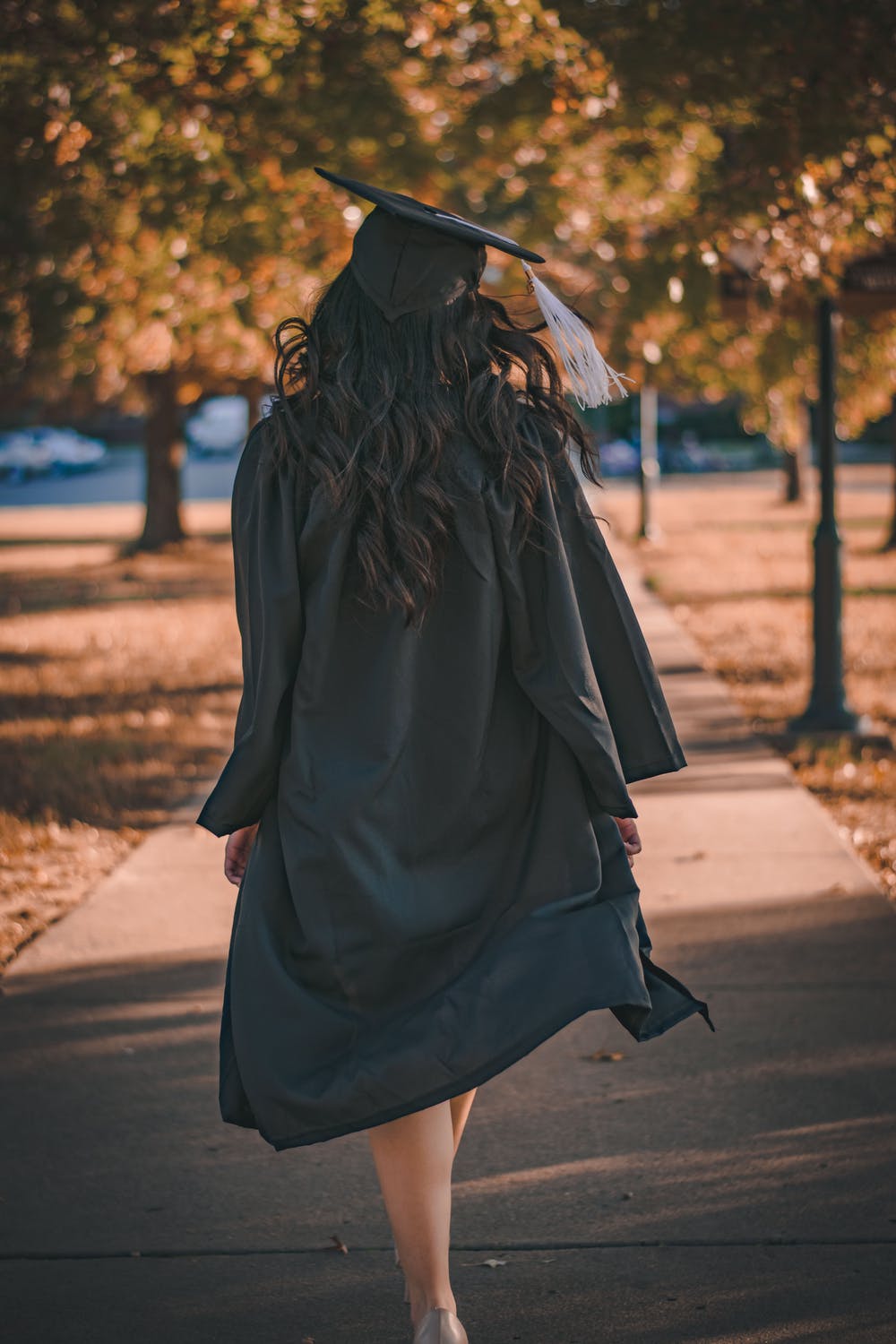 What does the path to success look like? (Photo:Stanley Morales taken November 03, 2019 3:51 pm from Pexels)

Annie challenged this statistic, as she was not only the first in her family to attend college but also the first to receive any sort of formal education whatsoever. The result: she was left to navigate the entire application process on her own, with little to no support from outside resources. New Trier High School, located in Winnetka Illinois, is one of the most renowned public schools in the country. New Trier High School spends $12,329 more per student than its public-school counterparts in lower-income Illinois neighborhoods. Because public schools receive their funding through local property taxes, schools in wealthier neighborhoods have much more money to spend on offering electives, Advanced Placement classes, and academic support networks. An article published in the Daily Northwestern reaffirms this notion by confirming that, “it doesn’t matter if all students [at Illinois public schools] take the same standardized test their junior year of high school or are evaluated holistically by the college admissions process — every student did not learn the same information or receive an equal education.”

Furthermore, those with uneducated parents may lack a variety of educational and executive resources in comparison to that of a college graduate. Dr. David Conley, an education researcher with the University of Oregon discusses this lack further in a study conducted in 2020. He advocates the importance of the “habits of mind [that] students develop in high school and bring with them to university studies.” If these essential tactics are not learned in the early educational years, as is the case for many first-generation students, success in collegiate years and beyond may be much more difficult to obtain. This environmental disparity is demonstrated through research published to Foundations for Young Adult Success: A Developmental Framework. Concept Paper for Research and Practice. Author Jenny Nagasoka defines the additional challenges faced by already disadvantaged students, stating that the lack of in-school and out-of-school opportunities results in negative developmental experiences and opportunity gaps for these individuals. The result is a lack of essential skills that are necessary to becoming a productive adult.

These socioeconomic circumstances that hinder first-generation college students on their journey to success are certainly worrisome, but they do not have to be permanent societal barriers to this marginalized group. The upper-income bracket (those who make more than $126,000 annually) have an extreme advantage in this respect over the lower-income bracket (who make under $42,000 a year). Data from a study conducted by the Public Policy Institute of California shows that without proper advising, many high school students in California do not take sufficient classes that are required for most four-year collegiate institutions in the state. In fact, just 45% of California public high school students complete the courses in high school that are required for entry to the University of California and California State University (Zinshteyn, 2017). Even more startling is the fact that while close to 66% of California high school freshmen are expected to graduate high school and enroll in university, only 30% of them actually do (Zinshteyn, 2017).

In an article published in the NACADA Journal in 2016, entitled “The First Ones: Three Studies on First-Generation College Students,” the researchers explain the impact of advisors on first-generation students. These professionals are trained to be knowledgeable on “the issues confronting first-generation college students and the ways in which academic advisors can help them succeed” (Adsitt et. al.). When students are not accompanied by advisors’ detrimental effects can occur, an article published by Education Week states that advisors in private schools spend 47% of their time on college advising, compared to 21% in public schools, and less than 20% in the highest-poverty schools. Furthermore, schools with a large proportion of low-income students often do not even have a counselor dedicated to college advising, according to the report from the National Association for College Admission Counseling.

In Annie’s case, she struggled to make initial connections with universities without the help of a college counselor because she did not have a phone number to provide to get an interview with an admissions representative from a college. Reporter Leah Rodriguez asserts that “1 in 3 households that make under $30,000 a year don’t have internet…and internet access at home can make or break a student’s academic achievement.”

Yet, first-generation college students exist. They get into their college of choice, but then comes the next set of obstacles. A common struggle among first-generation college students is coping with imposter syndrome. According to psychologist Vara Saripalli, imposter syndrome “involves feelings of self-doubt and personal incompetence that persist despite your education, experience, and accomplishments. To counter these feelings, you might end up working harder and holding yourself to ever higher standards.” While feeling out-of-place may motivate an individual to strive for success because unfamiliarity often causes the release of dopamine, it can also cripple one’s mental health, as Annie explained. She discussed how being a first-generation student and suffering from imposter syndrome can cause “a lot of fear and apprehension…[and] low self-esteem, just being in denial, like I can’t do this, there’s no freaking way.” To combat imposter syndrome and its effects, Annie suggests that first-generation students go forward with confidence. She recognizes the notion that many young people in this group may feel inclined to stay home and take care of their families instead of getting educated, but refutes it, saying, “sometimes you just have to be bold, go with your gut in terms of the decision that you have made and go forward for yourself.” “Being bold” is often easier said than done. 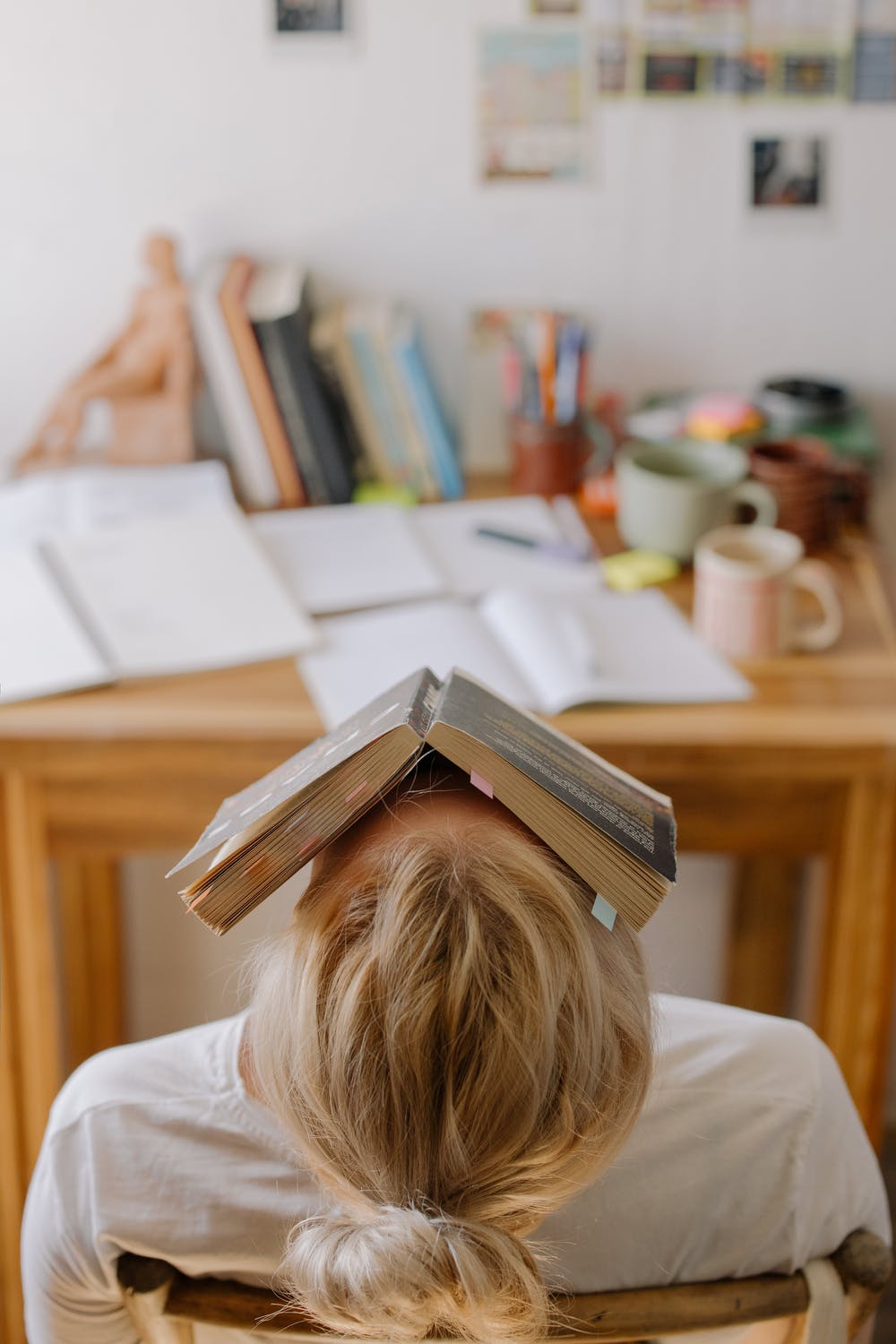 Sometimes the pressures of school can be felt (Photo by Cottonbro)

Student attitudes that foster motivation and drive while discouraging feelings of insecurity are best cultivated in an open and liberal learning environment. Brown University is the perfect example of such an endeavor. This university has an “open curriculum,” which is the approach of “study what he chose, all that he chose, and nothing but what he chose,” according to the university’s website. An open curriculum such as this one can advance first-generation students from their marginalized positions by (a) providing them with a background in a variety of disciplines rather than just one, (b) allowing them the freedom to explore multiple subject areas which can compensate for lack of exposure to these subjects in previous educational experience, and (c) achieve the most fulfilling intellectual experience as possible during their time at university.

With the help of a college counselor at her high school and the University of San Francisco’s First-Generation Support Services program, Annie received a full scholarship to complete her undergrad at Yale and went on to enroll in UCSF’s Program in Medical Education for the Urban Underserved (PRIME-US).