Editor’s Note: It’s sometimes called an Odyssey. It’s sometimes called a gift. It’s often called everything in-between, but when we look at life, it feels like a quest. That’s why we’re giving all of April to the Life Quest(ions) that people have always wanted the answers to. Here’s what we did: We asked hundreds of people what quest and question they’ve never been shown or given the answer to even though it’s something they’ve always wanted to pursue. Then, we pursue it and provide the answers! Next up, we’re looking at greed and how to live without it. 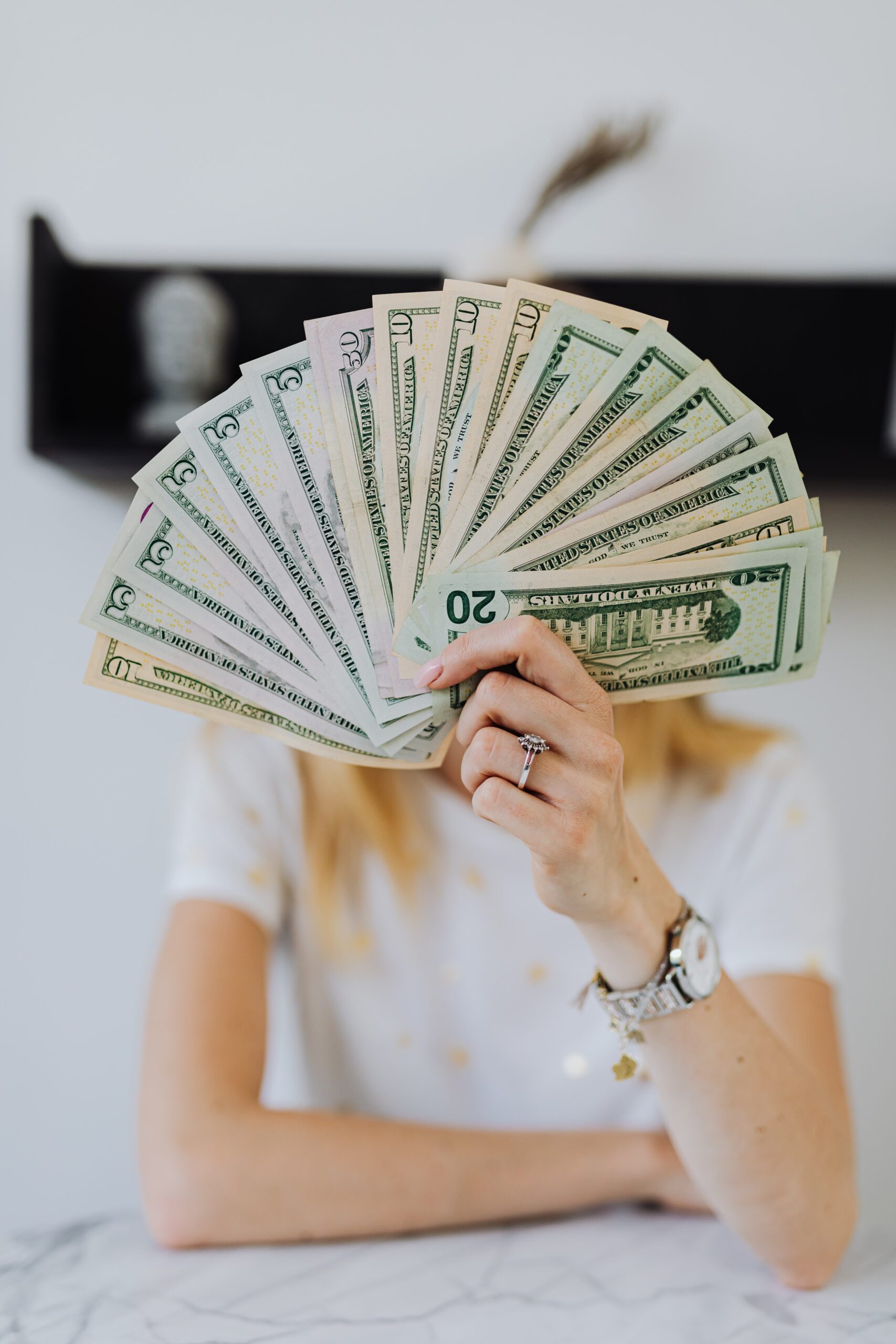 In the 1984 movie, Wall Street, Gordon Gekko (Michael Douglas) famously said, “greed is good…[greed] captures the essence of the evolutionary spirit. Greed, in all of its forms; greed for life, for money, for love, for knowledge has marked the upward surge of mankind”. America, or even humanity in general, has a “culture of greed”.

This culture of greed has some serious implications for humanity. Can greed potentially be the downfall of humanity? After all, we have come pretty close on a couple of occasions. For example, it is the opinion held by most economists that greedy economic practices of investment banks and mortgage brokers led to the financial crisis and economic recession of 2008 which still leaves financial scars on many throughout the world. It would appear that we potentially have a problem on our hands. Luckily, there are groups of people in the world that reject the notions of greed and selfishness and choose to embrace the ideas of love, service, and selfishness; among these groups are religious organizations.

When discussing religious organizations, one of the oldest and currently active communities is the Society of Jesus, better known as the Jesuits. The Society of Jesus was founded in 1540 by St. Ignatius Loyola. Ignatius Loyola had gathered around him men who desired nothing more than to help others find God in their lives. The original plan was that the Jesuits would be travelling missionaries who would preach and administer the sacraments wherever there was the hope of accomplishing the greater good. However, since the Society of Jesus was founded, the organization has grown from the original ten to more than 16,000 Jesuits worldwide and to become one of the largest sources of Catholic Education in America. For Instance, in our community of New Orleans, Loyola University is a Jesuit institution. Loyola’s Mission is to “to pursue truth, wisdom, and virtue; and to work for a more just world”. Service is a critical aspect of Jesuit Ideology and is a very important aspect of Jesuit education. At St. Joseph’s University (another Jesuit University), Students are presented with a multitude of opportunities to get out and serve their local community. St. Joseph’s University first-year students have the opportunity to enroll in a course sequence that allows them to stay with the same service group and community partner for their entire academic year. These Service-learning courses offered are relationship-based, project based or immersion based. To encourage enthusiasm amongst their student population for service learning, many Jesuit institutions have student leadership roles where students can aid in organizing and participating in service learning courses. St. Joseph’s University offers the three year long Service Scholar Position. Service Scholars are students who are hired after their freshman year and after they completed their year-long service learning course. The Service Scholar Position shows us how important the idea of service is to a Jesuit University. Students who are interested in becoming Service Scholars must be willing to: Attend trainings and retreats throughout the year, work with freshmen and semester-long classes, meet weekly for supervision with Assistant Director,Participate in weekly scholar community staff meeting To be able to attain and hold a position such as Service Scholar requires a level of commitment to service that unfortunately, a lot of people do not possess. This shows however, that the students who do choose to take this position and go down this path, embrace the notions of love, service, and selfishness, and to reject the ideals of greed and selfishness.

The Jesuits through their philosophies on service and selflessness inspired other organizations to take their ideal of service and apply it directly to the community. One of those is Catholic Heart Work Camp(CHWC). While CHWC is not an official Jesuit program, without the Jesuits, this program would not exist CHWC can really be seen as a spiritual extension of the Jesuits mission. CHWC’s mission, like the Jesuit’s, is to serve the neglected, brokenhearted and the marginalized in any way needed. CHWC also serves to inspire their participants to serve others and to have an active involvement in social service. In order to fulfill this mission, CHWC offers a multitude of service mission trips throughout each summer. One such mission trip was to Champaign Illinois in the summer of 2018. Catholic Parishes from the tri-state area, with some even from both ends of the country, gathered at St. Thomas More High School (a local Jesuit Catholic High School). CHWC then organized a full week of service with partners that they have in the local Champaign community. These community partners can be anything from individual people to organizations. 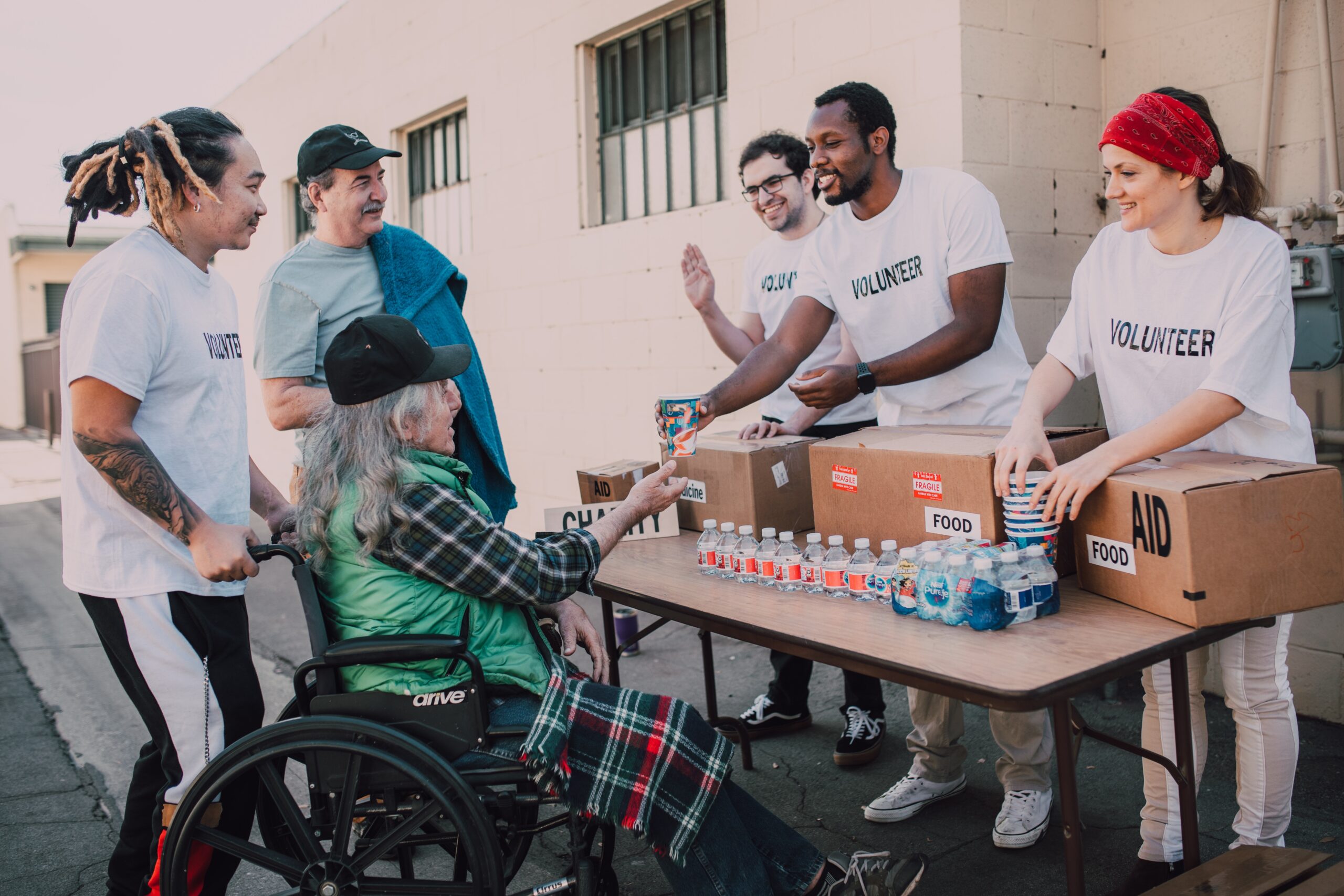 If you are in a group that is assigned to be of service to an individual person, what they do is that they go to the individual’s house and be of service in any way possible. The individual houses that service groups went to in Champaign were in lower income areas so what the groups did was they helped restore their houses. This came in the form of painting, general cleaning of the house, and even building a new set of stairs. The Service groups that were paired with community organizations would go to that specific establishment and be of any help they can. One such organization was Salt and Light.

Salt and Light Ministries is a non-profit organization in Champaign, Illinois that helps community members gain access to food, clothes, and household items despite of whatever financial obstacles they are facing. Groups assigned to this organization would typically be in charge of sorting donated items, helping unload donations, and helping stock the store. Salt and Light, in addition to CHWC, serves as another example of organizations that stand against greed and selfishness and believe wholeheartedly in the idea of the greater good and serving those around you. Organizations such as these are under no obligation to start these non-profit organizations, they make the personal choice themselves to reject the ideals of greed and selfishness and choose to embrace love, service, selflessness, etc. These organizations are a shining example of how there are people out there in local communities who want to make a difference for the greater good and to try to make the world a better place for everyone.