Editor’s Note: It’s sometimes called an Odyssey. It’s sometimes called a gift. It’s often called everything in-between, but when we look at life, it feels like a quest. That’s why we’re giving all of April to the Life Quest(ions) that people have always wanted the answers to. Here’s what we did: We asked hundreds of people what quest and question they’ve never been shown or given the answer to even though it’s something they’ve always wanted to pursue. Then, we pursue it and provide the answers! First up, a look at what’s on your table, what’s in your gut, and how it affects your health.

Six plates lay on top of a table. 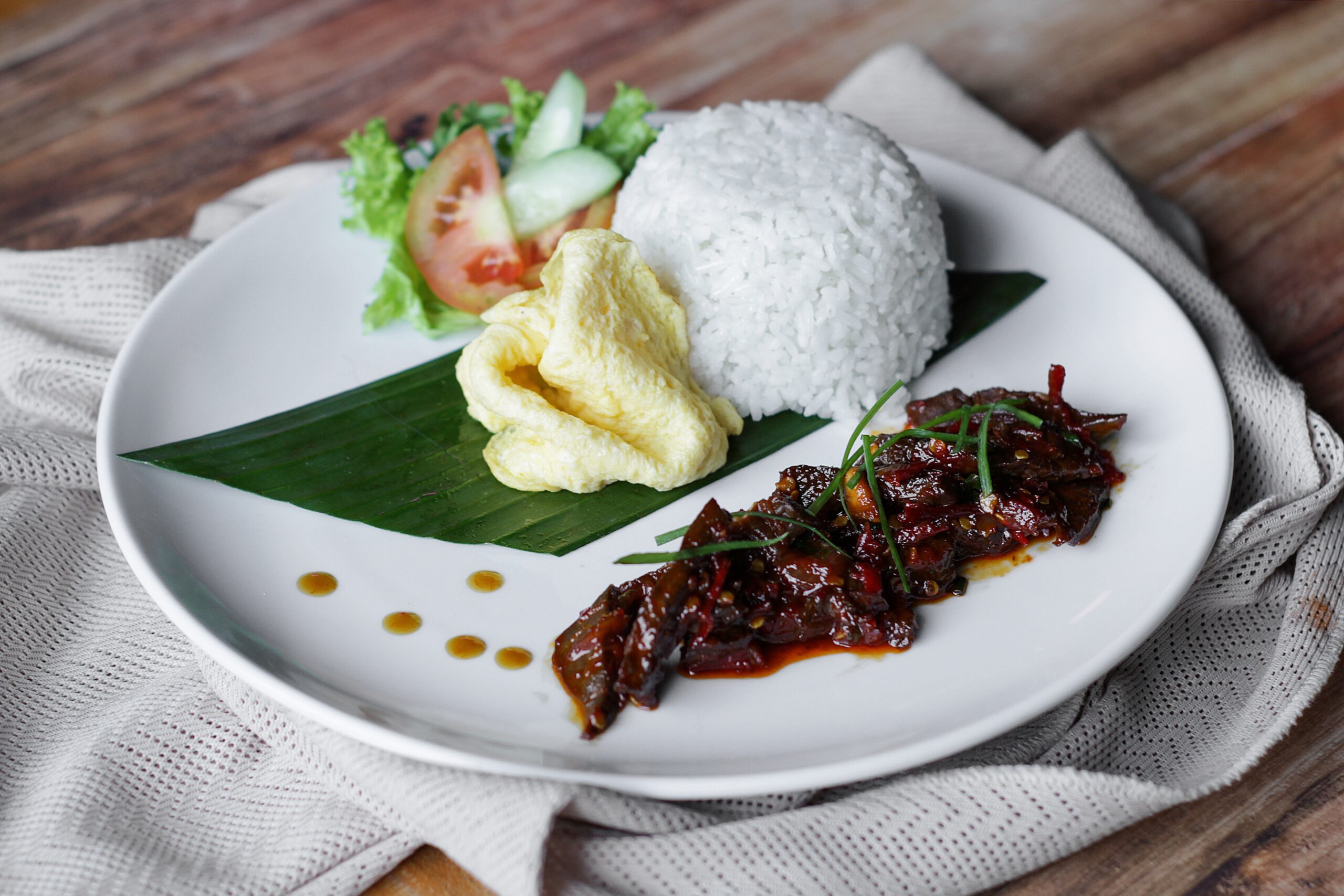 Vibrant orange and purple sweet potatoes, fresh seaweed, bitter melon, grassy okra, and earthy-sweet pumpkin fill 58-60% of residents’ plates in Okinawa. Another 30% of plate space is awarded to grains, such as sticky white rice and soba noodles. Soy foods, such as tofu, miso, and edamame make up another 5%. The omega-3 fats in soy are linked to a lower risk of cardiovascular disease, which is the leading cause of death around the world, accounting for over 17 million deaths a year. White fish, seafood, and pork are consumed on occasion, and residents enjoy all cuts of meat, including organs, which are an excellent source of protein and Vitamin B12. Alcohol, tea, and broth, also known as dashi, are regional favorites. Jasmine tea and antioxidant-rich spices such as turmeric are widely consumed. Long-term inflammation is linked to most chronic health conditions, such as cancer, and turmeric contains anti-inflammatory properties due to the pigment curcumin found in the spice. Jasmine tea, broth, miso, and other key parts of the diet contain additional anti-inflammatory properties.

Residents of Okinawa, Japan avoid beef, poultry, bacon, ham, sausage, and other processed meats, which are associated with type 2 diabetes, cardiovascular disease, and cancer. Dairy products like milk, cheese, and yogurt, which are linked to heart disease and breast cancer, are not part of their diet. Okinawa, Japan is home to more centenarians or people that live to be at least 100 years old, than anywhere else in the world. The longest living women on the globe live here.

Plate two is from Sardina, Italy. It is filled with fresh grapes, bulky eggplant, goat milk, and local market sourdough. A tall glass of wine sits beside the meal, representing the one to two glasses they consume each evening. 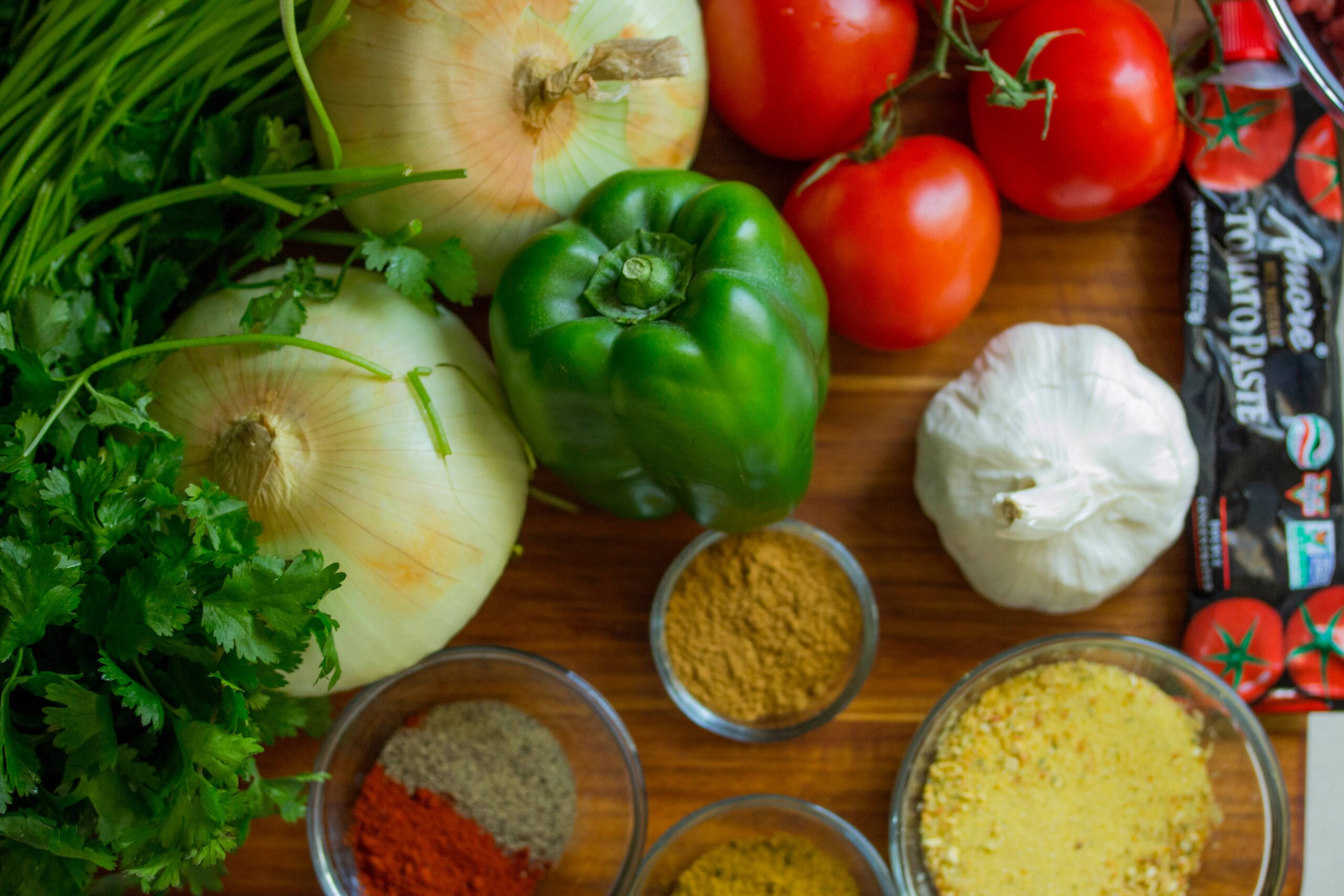 Backyards in Sardina are full of organic onions, green beans, garlic, tomatoes, bright zucchini, and eggplant. Regular vegetable swaps with neighbors ensure a variety of colors and textures at every meal. One cow is often eaten by two families (or more) for an entire season. Thus, local meat means no processing and protein that is lean, free-range, organic, and full of omega 3 fatty acids. Fish consumption is limited to bottarga, a flattened fish commonly grated onto pasta dishes, and fresh sardines cooked into prominent cultural spices and red sauces. Unpasteurized cheese, such as pecorino cheese, is easier to consume than its pasteurized counterpart and is used in small amounts in a similar way to parmesan across Italy. Almost everything is coated in rich olive oil by virtue of a plentiful supply of olive trees. Olive oil has been linked to increased bone density and T-cell production, which are the good immune cells that attack the body’s foreign invaders. Wine is by far the most consumed liquid in the region. Cannonau is a Sardian wine that has the highest levels of antioxidants out of any wine. These antioxidants work to scrub arteries, as it is uniquely composed of grape seeds and skin, a method that is not commonly conducted elsewhere. Sardinia, Italy falls into the same, impressive category as Okinawa, Japan, housing the Melis family, the longest-living family in the world, among their many centenarian citizens.

Plate three is sponsored by Ikaria, Greece. Wild greens complement cooked potatoes, lentils, and sweet, golden honey. Feta cheese, bright yellow lemons, sage, marjoram, and goat’s milk practically run in the veins of Ikaria’s citizens. Year-round gardens support a plant-heavy version of the traditional Mediterranean diet, as it leads to a consistent flow of fresh fruits, vegetables, herbs, beans, and nuts, all of which support cognitive health. Horta is a popular wild leafy green that is best served raw with lemon or cooked in soups, salads, and savory pies. Horta-heavy diets can lower blood pressure, which in turn supports brain health. In Ikaria, Greece the people both live a long time and have a dementia rate of about 10% of the rest of the world. 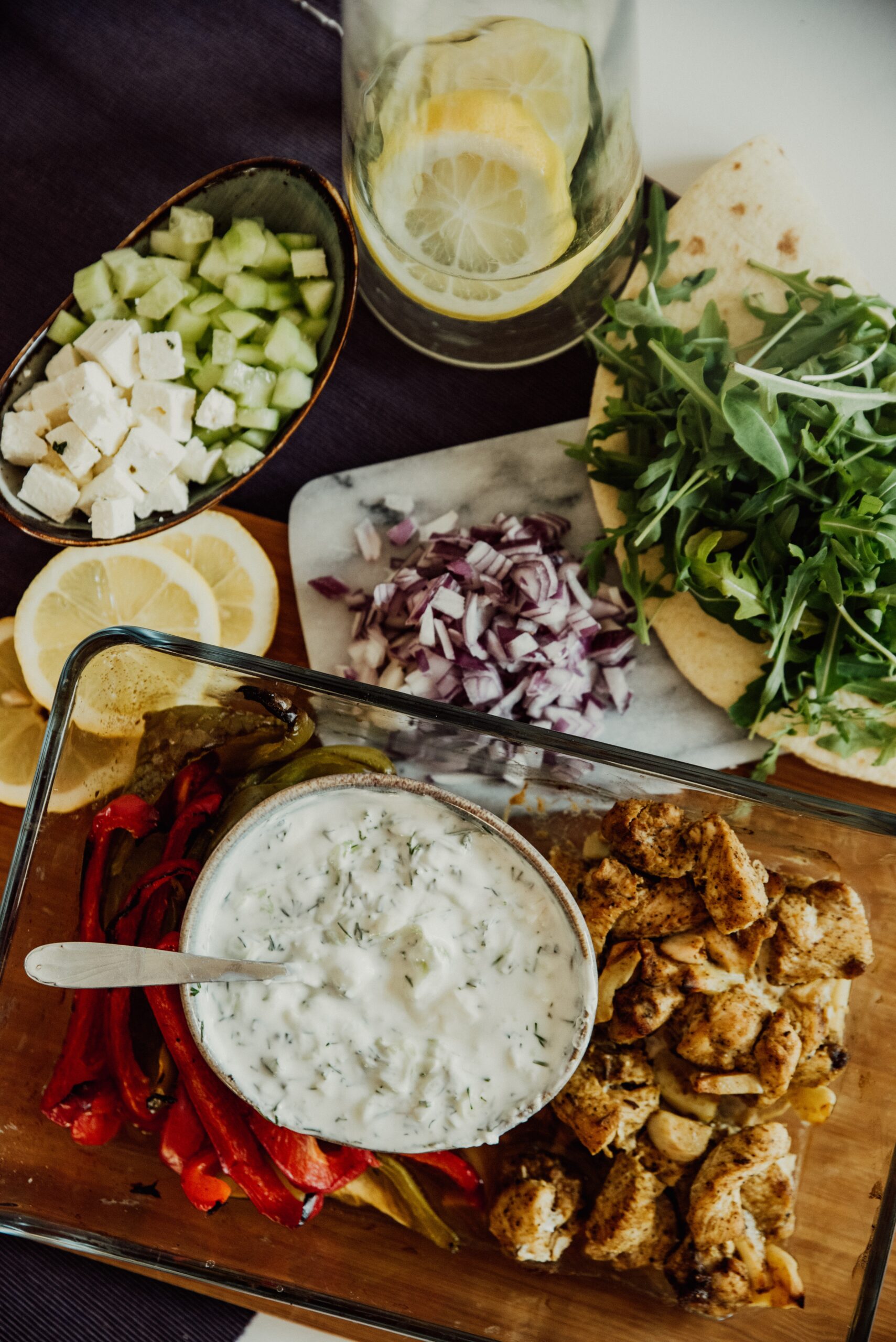 Plate four is provided by citizens of Nicoya, Costa Rica. It contains the three sisters, also known as the sustainers of life: corn, black beans, and squash. The corn is in the form of hand-made, soft-corn tortillas, and the beans and squash are placed neatly inside. This combination contains nearly all the nutrients people need to stay active and healthy. 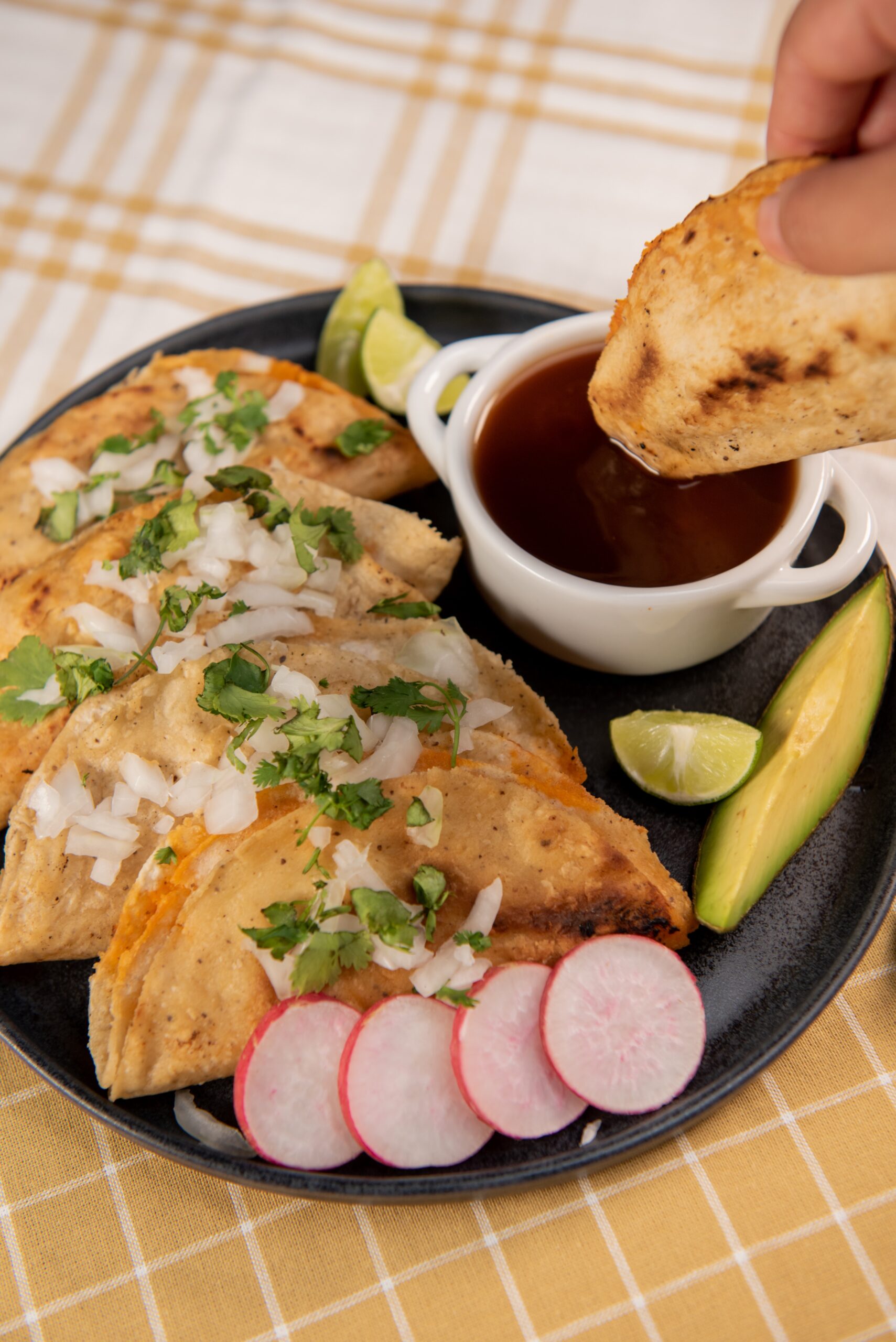 In addition to the three sisters, bananas, plantains, papaya, yams, and white rice are commonly consumed. Chan seeds, which are high in magnesium, are used in herbal teas or soaked in drinks like lemonade. Culantro coyote is similar to cilantro, except that it increases with flavor as it’s cooked. It supports liver function and lowers glucose in the body. It’s used as a staple in soups, stews, veggie hash, and more. Cassia Grandis Honey is a natural syrup in the region that lacks sugar, and it comes from a local Carao tree. It is known for strengthening bones and teeth, as well as being a great source of energy for physical exercise. Nicoya, Costa Rica is the place where people live the longest in the Americas, and men live an average of 25 years longer than the national average.

The Seventh-Day Adventists in Loma Linda, California treat their body like a temple, filling up plate five with a biblical setup of oranges, brazil nuts, almonds, navy berries, and whole-grain bread. Taken directly from the bible, they eat a predominantly plant-based diet, and vegans have the lowest rate of cancer. They prioritize whole grains, which contain phytochemicals that prevent diseases, such as brown rice, barley, oatmeal, popcorn, buckwheat, and millet. Nuts and fruits are common snacks, known to lower cholesterol and have satiety properties linked to weight control. Seventh-day Adventists live about ten years longer than the average American. They are 30% less likely to develop cancer than the general American population. 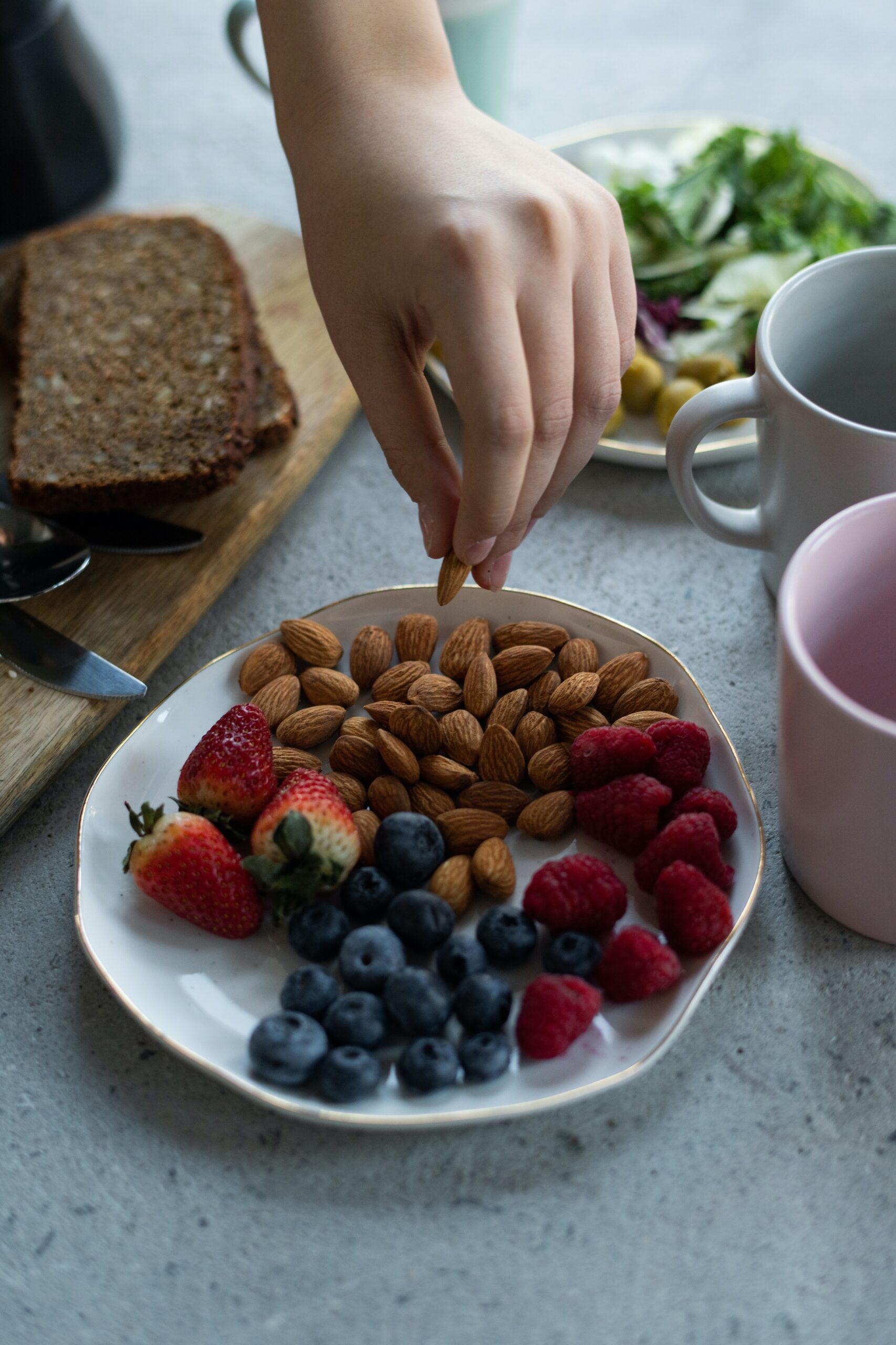 Berries and Nuts Photo by Ba Tik from Pexels

Plate six represents the average American diet. It is filled with greasy bacon, fried eggs, fried hash browns, and a chocolate chip pancake. Fried foods, due to the oils in which they are cooked, are linked to type 2 diabetes, heart problems, and a shortened lifespan. Americans get about 50% of their daily calories from foods such as pizza, burgers, french fries, baked goods, and sugary, fizzy drinks. These drinks are the largest source of calories and added sugar in the American diet, with regular consumption leading to Gout, Type 2 diabetes, obesity, heart disease, and decreased bone health. One in four Americans eats fast food every day, with an average meal exceeding the safe daily level of sodium consumption. The fast food industry in the United States is worth $278.6 billion. Fast food is linked to a higher risk of depression, cancer, digestive issues, and early death. Around 80% of Americans get their protein primarily from processed meat, which has strong links to cardiovascular disease and type 2 diabetes. The World Health Organization classified processed meats as a Group 1 carcinogen, the same category as tobacco. The United States has the lowest life expectancy out of almost every Western European Country. Among the world’s richest countries, the United States spends significantly more per capita on healthcare, despite ranking last in life span. 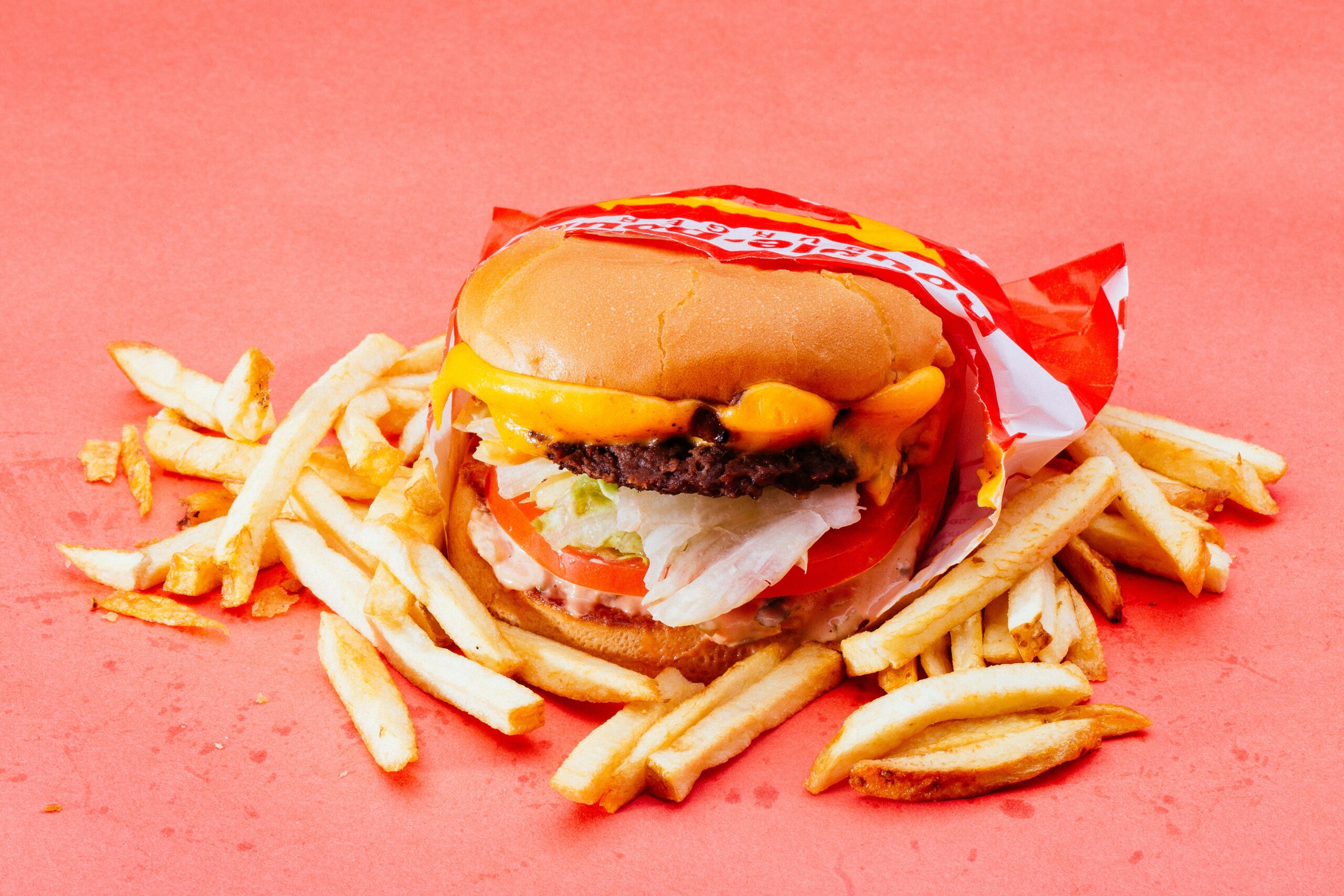 I wonder what that’s about?