Typically, when someone turns on the radio they hear highly refined radio stations with large corporate funding, nationally popular music, and generic radio broadcasts. But what about the marginalized individual? What about hearing about your own community? Stations like WHIV New Orleans center themselves on being made for the people by the people. WHIV is an acronym that stands for “we honor independent voices” which is exemplified through the more than 70 volunteer hosts and DJs at the station who use their voices to highlight the voices of others. While many local radio stations are still run by large corporations with the hosts often being outsiders looking into a community, the grassroots radio station WHIV is made entirely by members of the New Orleans community. The community production of the radio station not only means the topics talked about are relative to the local community but also cared about by the hosts who are community members themselves, creating an environment of support.

While initially being created by the New Orleans Society for Infectious Disease Awareness, also known as NOSIDA, WHIV has done more than just educating the local and marginalized communities, as their range of radio shows cover a variety of social issues that are faced locally and nationally. NOSIDA founded the radio station to promote health awareness and to reduce stigma around HIV, which, as it expanded the variety of shows, became only more effective, shifting the mission statement from health-based to socially based. The current mission statement emphasizes “Programming dedicated to human rights and social justice”. This has become more applicable as in recent years, there have been a variety of local and national social injustices. Hearing independent and typically unheard voices is incredibly important during these times.

WHIV is disseminating the message that local radio stations support the community in more ways than one, connecting with local audiences daily. Through local radio, a more inclusive community is formed both within the station and outside the station. When a radio show such as WHIV cares as deeply about their community as they do, they go beyond the walls of their station to help others. For example, the good people of WHIV routinely host clothing drives, food drives, and natural disaster aftermath support like that following Hurricane Ida this year. WHIV even works to give back to the community on a smaller scale every day through the promotion of the work of local New Orleans artists, as well as to expand and grow their audience.

To demonstrate the power of community radio and in particular WHIV, we had an open discussion with the station’s manager and an array of hosts. They detail their experience working at the station and explain why WHIV is a special place both to work and to consume media from. From this talk, we assembled a video with audio from the recording overlaid with images of the station members and the various work that they do for the community. In this regard, the viewer/listener can hear the hosts’ voices as if they were tuning in to their radio broadcast yet with supporting images to further the narrative. It is not until putting together this project that we became acutely aware of the importance of speaking with purpose and the influence of a powerful voice. When you have a dedicated listener to radio you are inviting a broadcaster into your daily life, whether it’s on your morning commute or during your early shower or even when you’re working the late-night shift. With this influence comes great responsibility and that is why WHIV calls itself a “mission with a radio station” rather than a “radio station with a mission.” 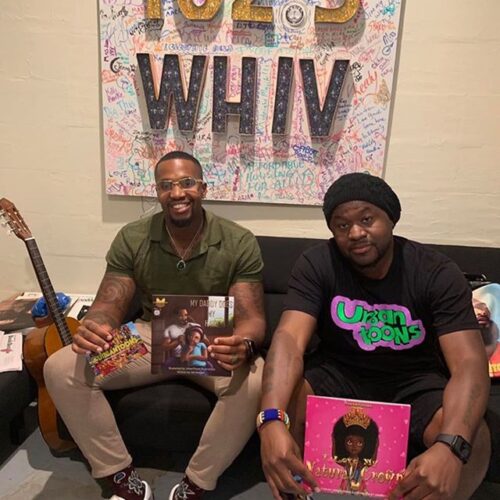 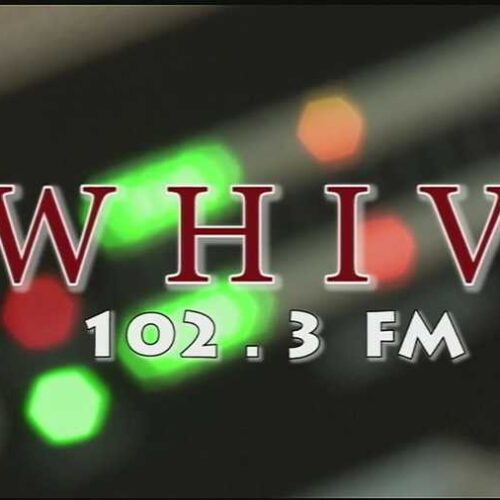 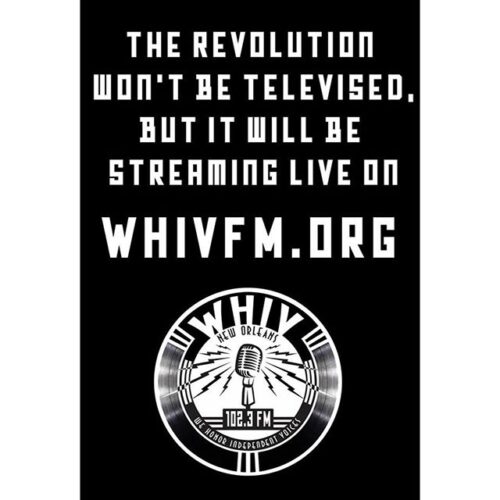 Please tune in to 102.3 FM or go to whivfm.org for more information.