Life Quest(ion)s: Vegans aren’t who you think they are

Which of the following defines veganism?

b.) Living off of a bland diet of tofu and lettuce

c.) Trading meat for combinations of plant-based proteins that are nearly indistinguishable from the real thing

d.) Forfeiting a dependence on animal products and leading a happy and healthy lifestyle

While some of these options might only define a small subset of the population or lean a bit towards stereotyping, the answer is all of the above, and more! People who practice veganism abstain from all animal products, including foods, textiles derived from animals, products tested on animals, and places that use animals as entertainment (i.e. zoos and circuses) and is a way of life for about 6% of Americans, or just shy of 20 million; meaning, there are 20 million different ways to be vegan.  A vegan diet might seem extremely restrictive and inaccessible, seeing as in just a four-block stretch of Maple Street near Tulane University, diners have 14 options for non-vegan restaurants and only 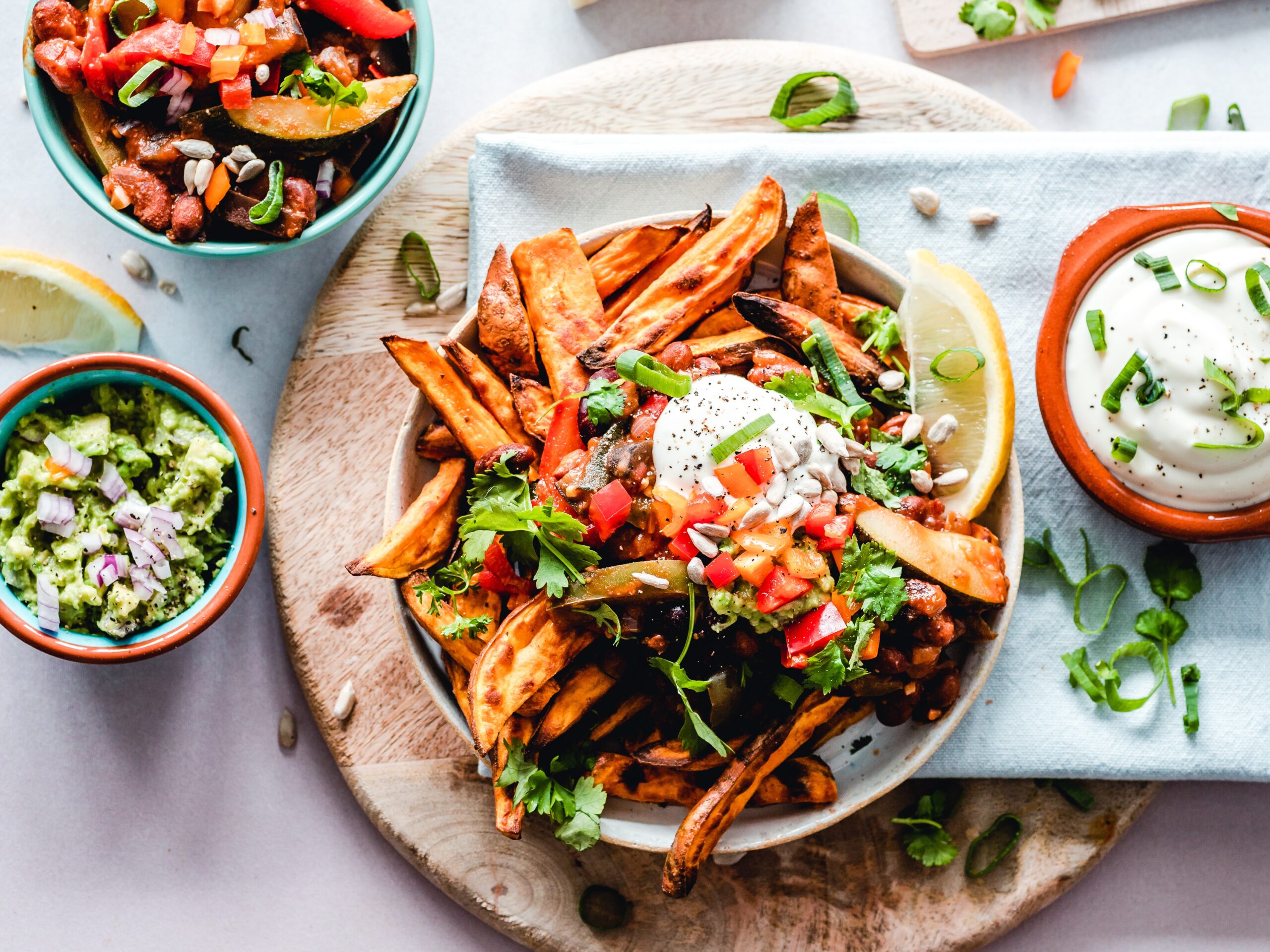 Photo by Ella Olsson from Pexels

one completely vegan option. Vegan meals don’t have to be boring, bland, or what some might call rabbit food; they can be exciting, flavorful, and equally as satiating as a meal made with animal products.  Recipes such as creamy pasta pomodoro, portobello steak burrito bowls, and chipotle cauliflower nachos can satisfy any craving without twinges of guilt over the animal that sacrificed its life for your lunch.

There is no question that, for humans to enjoy animal products, animals must be killed or exploited, and for many, this is the catalyst towards a vegan lifestyle.  Films such as Food, Inc. and Earthlings expose how factory farms treat animals as meat, milk, and egg-making machines. Cattle are confined in stalls so small they can’t even turn around and are forced to stand in their own excrement before they are ground into beef; dairy cows are artificially inseminated and separated from their calves immediately; the male calves are then killed for veal, and female calves continue the cycle, chickens bred for meat have such large 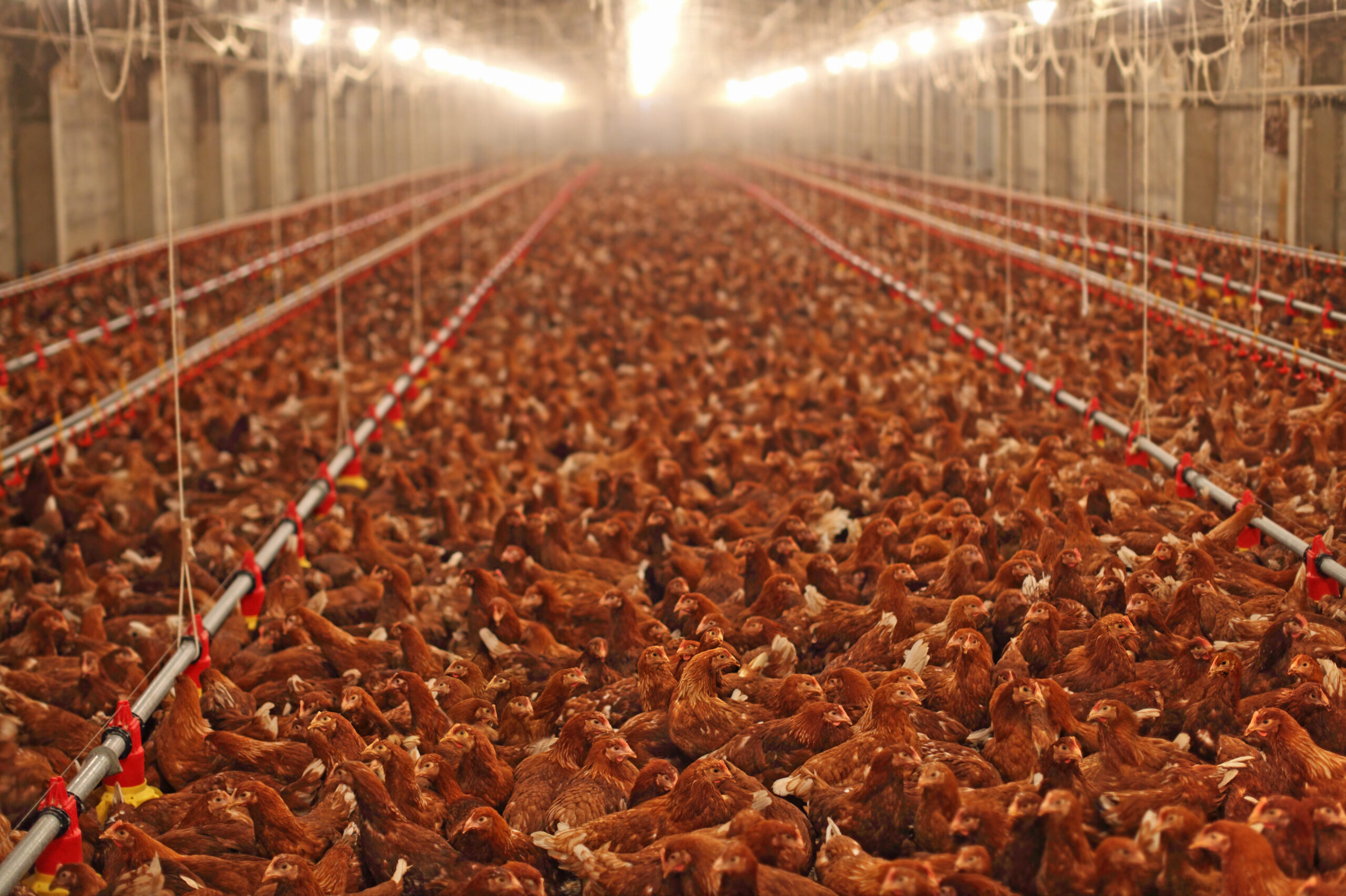 Photo by Branex from Adobe Stock

breasts their legs can’t support the weight of their bodies as they are rapidly fattened and slaughtered within a mere 42 days, and male chicks are crushed to death because they can’t produce eggs. Many factory farm animals never see natural sunlight or feel the grass on their hooves.

Humans have eaten meat for nearly 3 million years, so it is easy to assume we are biologically programmed to require animal products in our diet; however, this is not true.  Veganism can be traced back about two thousand years, although the modern vegan cultural movement has only been around for about seventy-five.  For just about as long as modern veganism has existed, the USDA has been recommending animal products as part of a balanced diet presenting an idea that a vegan diet was not sustainable, satiating, or safe due to a lack of vegan options.  While USDA recommendations began as instructions for war-time rations, they have been put under the microscope due to concerns about whether recommendations exist to benefit public health or for the economic gain of major food industries like meat, worth over $6 billion.

Dozens of celebrities, from Stevie Wonder to Lizzo, are vegan and often inspire their fans to follow a similar diet through interviews and TikTok posts.  While Hollywood stars credit vegan diets to helping them get into their best shape for Coachella or eat a vegan diet yet continue to adorn themselves in leather and fur, icons in the punk subculture promote animal rights and veganism wholeheartedly through all veins of their music and popularity.

While the harsh cacophony of electric guitar and drums in punk rock music may seem disjointed with vegan morals, both veganism and punk rock are based on ideas of rebellion.  Many members of the punk rock community rebel against the larger rock and roll community through a straight-edge lifestyle–eating “clean” and completely abstaining from drugs, alcohol, caffeine, and animal products. John Joseph, Cro-Mags singer and writer of lyrics like “You don’t even see the genocide/I can see you only care for your own hide/And because of the ignorance that clouds your mind/You’ve left your compassion so far behind” accredits clean eating to a happier and more fulfilling life because “humans ingest the suffering of animals after consuming their flesh.”

An omnivore diet is the norm; veganism seems like a choice, whereas eating meat is not–it’s just what people do. The resistance to veganism is deeply psychological. Just the pure existence of vegans and animal rights activists make meat eaters question their morals. Veganism makes meat-eaters aware of their own cognitive dissonance–how can you obsess over baby cows in flower crowns on Instagram and chow down on a juicy steak for dinner?  Carnivores rationalize their diets by purchasing “ethically farmed” meats whose packages are plastered with words         like grass-fed and free-range, or by completely ignoring where meat comes from, and taking out their personal frustrations on people who choose to live a vegan lifestyle; meat-eaters view vegans as arrogant, and they make vegans the butts of their jokes, when in reality it is a deep-seated self-consciousness and fear of judgement from a community that has the will power to go so far to change their entire lifestyle and completely resist societal norms for the lives of animals. Many vegans do not dispute that meat tastes good, but for them, the cost of a hamburger is much greater than the $10 price tag on the menu.

Furthermore, a lack of education on vegan options makes a vegan diet even more intimidating. Just a decade ago, vegan options were slim. At restaurants, vegans were often limited to plain salads and supermarket grab-and-go options were essentially non-existent, but as veganism has grown in popularity, meat alternatives have grown from 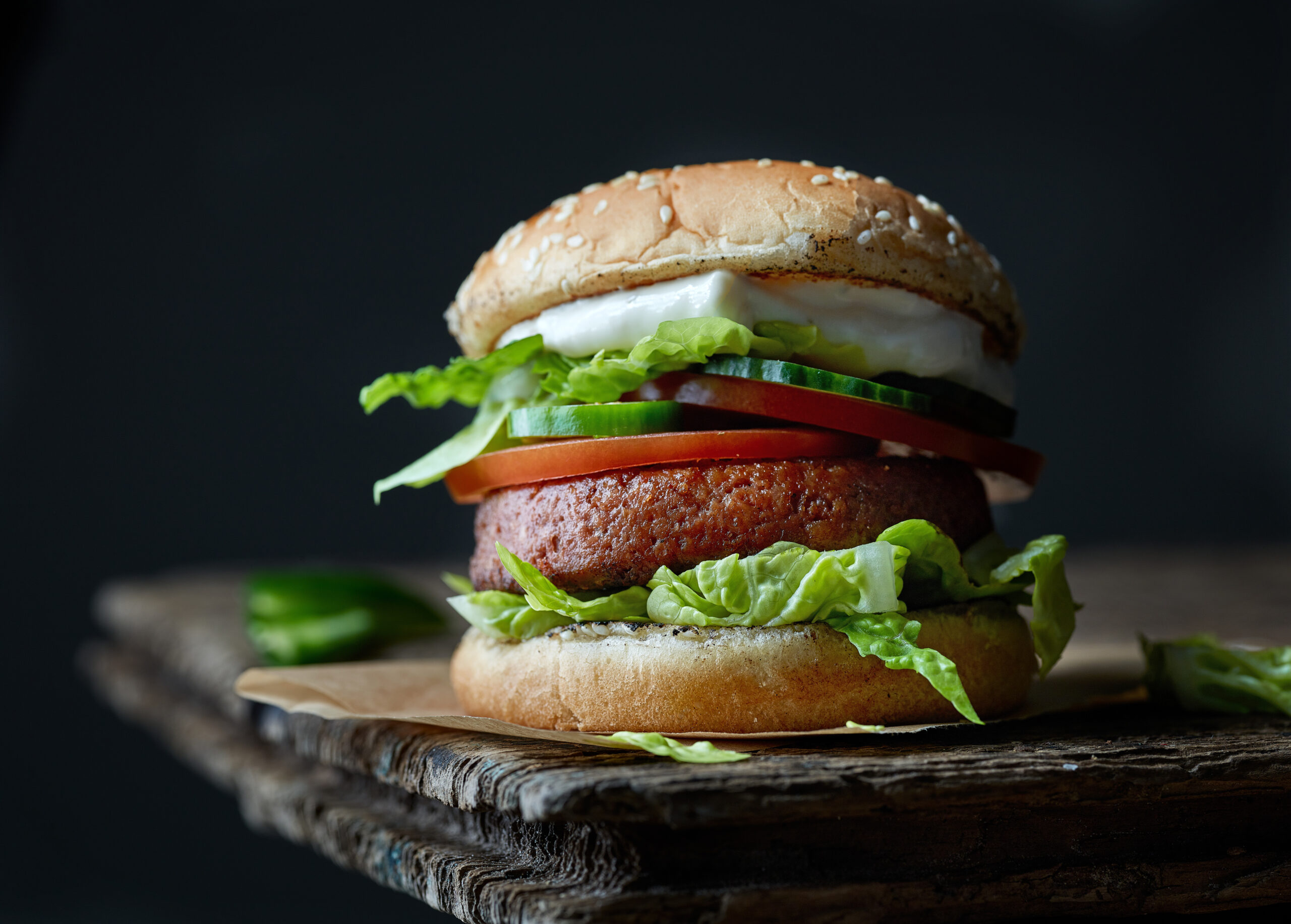 Photo by Mara Zemgaliete from Adobe

plain tofu to Incogmeato and the Impossible Burger, substitutes that look, taste, and even “bleed” almost exactly like real beef.  Numerous protein options mean transitioning to a vegan diet does not require sacrificing your favorite foods, and it certainly doesn’t have to be boring or repetitive.

So, how can you make changes in your life to accept veganism and challenge the mainstream?

a.) Swear off meat and dairy for the rest of your life

b.) Try out “Meatless Mondays” and limit your intake of animal products

d.) Do a little research and reflection on where your food is coming from

The answer: all of the above, and more!