Steamboats: The engine that drove economic development in New Orleans

Editor’s Note: Some people like to throw back on Thursdays, but when we throw back, we throw it way back — all the way to the 1840s. Writers in Kelley Crawford’s Alternative Journalism class at Tulane University did a deep dive into The Times-Picayune archives in order to uncover what may have been forgotten. All the information is pulled from those printed newspapers in order to see just how things have changed for us New Orleanians. We still have steamboats, but boy oh boy do we not have steamboats like we used to because… 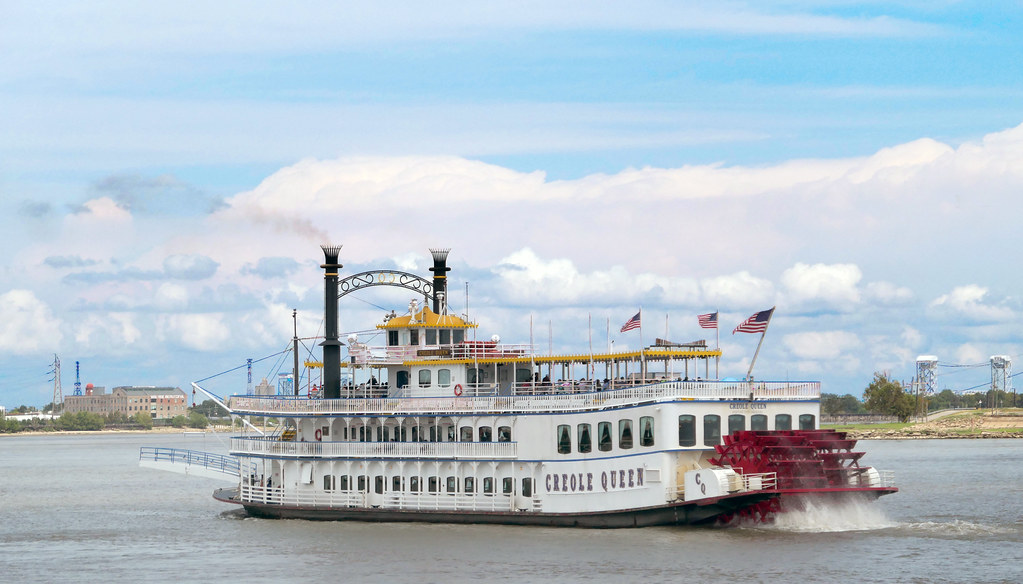 As tourists continue to return to New Orleans, many of them are going to take a ride on a steamboat in the Mississippi River. The New Orleans Steamboat Company has many offerings on their recently renovated boat “Riverboat City of New Orleans,” including Jazz lunches, Sunday brunches, and jazz dinner cruises. But while many tourists will enjoy those experiences, I am personally more interested in riding “The Steamboat Natchez,” the last authentic Steamboat on the Mississippi River, built to model the original steamboats with its steam engine from 1925 and its steering wheel made of white oak and steel, just like the original Natchez steamboat. At the beginning of the 19th century, New Orleans transitioned from a small town into an international port city, and the introduction of steamboats was the biggest reason for this transformation. The Steamboat Natchez is the ninth steamer to bear the name Natchez, and runs authentically like the Steamboats that turned the city of New Orleans into the second-largest port city in the country during the early 19th century.

The geographic location of New Orleans made it well-suited to become a center for trade. Being located directly over the Mississippi River meant that boat traffic flowed to and from the city. However, prior to the invention of steamboats, traveling by boat was a much more challenging endeavor. Before steamboats, flatboats, the rectangular flat-bottomed boats with square ends, were used to transport goods throughout the Mississippi valley. New Orleans could import and export goods short distances by way of flatboats, but flatboats were limited in their capabilities, as they typically only flowed downstream. Abraham Lincoln famously voyaged to New Orleans along the Mississippi River on a flatboat in his youth but needed a different form of transportation in order to return home to Kentucky. In fact, flatboats were often deconstructed and turned into lumber, upon their arrival at their destination. As a result, in the early 19th century, New Orleans’ port was only active in domestic trade. In order for New Orleans to become the bustling port city it later would, they would need a more innovative boat. In 1807, Robert Fulton would revolutionize transportation with the invention of the first steamboat.

Steamboats, unlike flatboats, were able to travel upstream or downstream, which unlocked the potential for New Orleans to find many more trade partners. It meant the city could export goods further and much more efficiently. The first recorded history of a steamboat being used was in 1811, on a boat called the “New Orleans.” Nicholas Roosevelt, the great-granduncle of Theodore Roosevelt, piloted the first Steamboat trip along the Mississippi River ever, beginning in Pittsburgh, Ohio, on October 20, 1811, before arriving in New Orleans on January 10th, 1812. People realized how valuable steamboats could be, based on the speed of Roosevelt’s excursion, and major investments were made towards their production. From 1817-1829, $5.6 million was spent on building steamboats, and $2.8 million was spent on repairing them, for a total of over $14 million when operations costs are included. In today’s dollars, that is over $400 million. As a result, goods could export faster than ever, and New Orleans achieved a total of $54 million in commerce in 1840, up from $2 million in 1803.

The 1830s and 40s were the golden era for New Orleans as a port city. The city was skyrocketing in value, reaching $54 million by 1835, and it became a desired living destination, evident by the city’s population doubling between 1830 and 1840. During the decade starting in 1830, New Orleans made more rapid economic development than any other city in the United States. A community of just 8,000 inhabitants in 1803 grew to at least 60,000 by 1836. The increase in population happened as the port of New Orleans grew from a colonial supply depot into the second largest port in the country and the fourth largest in the world during the 1840s. By 1840, over 400 steamboats lived in the Mississippi River, and they were the driving force in creating the city’s massive exporting industry.

As New Orleans’ population grew, steamboats made the city a logical port for exporting goods around the world, as well as importing goods. For example, New Orleans exported more cotton to Britain and France than any other state. In exchange, the city imported salt and other manufactured items from these countries. Cotton was the city’s most lucrative export, bringing in $220 million into the city by 1840, and many factors made New Orleans a logical exporter. The Mississippi River became the essential water highway in the United States, and steamboats made transportation efficient. By 1860, over thirty-five hundred vessels of cotton were coming in and out of New Orleans via steamboats. Steamboats entered the New Orleans port with cotton from all over the south, and then the majority of cotton was exported to Liverpool, England. The international trade of cotton was so lucrative that by 1840, New Orleans had 12 percent of the nation’s total banking capital, and rivaled New York in economic importance. As a result of the city’s success, German and Irish immigrants arrived in New Orleans in large numbers in the 1840s. 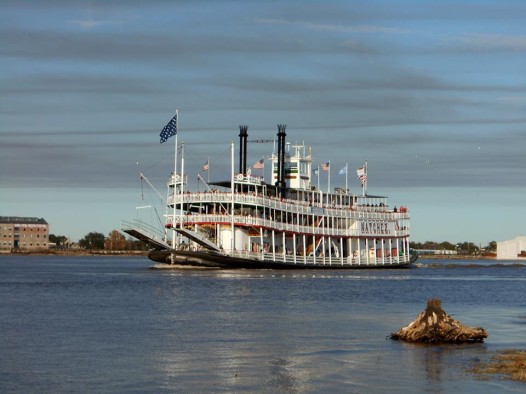 Steamboats also gave New Orleans the global connectivity that enabled them to increase their imports as well. New Orleans’ largest import was coffee. Because of steamboats, New Orleans went from importing 1,438 bags of coffee in 1802 to over 500,000 bags by 1840 from Cuba and other Caribbean islands. As the city expanded, their port became the second-largest coffee importer in the country, and the city earned the nickname of the “logical port” for Latin American Imports. In 1802, it was difficult to import goods from such far distances, but with the advent of steamboats and the city’s location at the bottom of the Mississippi Valley, it was ideally suited to receive goods from the Caribbean and South America.

Even though steamboats weren’t exclusive to New Orleans, no city was impacted more by its invention. In academic articles, steamboats are credited with being the key that unlocked the city’s potential. In a Louisiana State University economic study on the port of New Orleans, Thomas E. Redard reports that “the critical influence stimulating growth in the region was the introduction of the steamboat.” He also reports that “trade…increased in response to the steamboat.” They gave people in New Orleans the ability to import or export goods anywhere in the world, as the Mississippi River in New Orleans is only miles away from the Gulf of Mexico, which connects to the Atlantic Ocean. There is no city in the country that benefited from the steamboat as much as New Orleans.