350 New Orleans and its fight for environmental justice 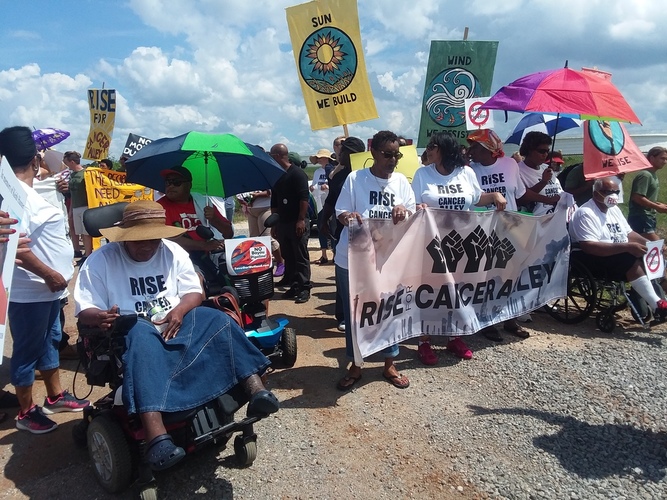 350 New Orleans is a volunteer climate activist group connecting our region to the international climate crisis movement led by 350.org. Its mission is to lend support to initiatives in New Orleans that raise consciousness and promote sound policy around the climate crisis.

Alicia Cooke, co-founder and Board President of 350 New Orleans, has been working with the organization for eight years and has seen tremendous changes over this time. Many of these environmental gains have happened in Louisiana’s Cancer Alley.

“We are a group that encompasses a lot of different types of work, which includes some advocacy on the policy level, arrestable actions in the form of direct action, and a lot of community organizing,” says Cooke. As Board President, “My role is to ensure that with all of the moving pieces within the organization, we are keeping our volunteers and our members safe and legally protected, and also have enough funds coming in that they’re able to do the valuable work that they all do.”

There are currently more than 300 chemical plants in Louisiana. Cancer Alley is the 85-mile stretch down the Mississippi River from Baton Rouge to New Orleans, Louisiana. Within this small stretch of land, there are 150 petrochemical plants alone. The small rural communities along the river are subject to much higher rates of cancer and other illness brought on by the air pollution from these plants.

“I have seen Cancer Alley as a concept gain a national prominence that it absolutely did not have five years ago. Things are improving, I feel a level of momentum on the ground among community members that I have not seen before. And that is very encouraging,” says Cooke.

The current COVID-19 pandemic has also had significant damaging effects on these communities. Without changes in water and air pollution, rural Louisiana parishes are subject to higher rates of COVID-19 and complications due to the virus.

“If you overlay outcomes from COVID-19 with exposure to air pollution, you really do see some striking things in Cancer Alley. St. John the Baptist Parish had, for a long time, the highest death rate for COVID-19 in the entire country,” says Cooke.

The populations in these rural communities are growing smaller and smaller, leaving the burden to fight for environmental justice on older, and unfortunately, sicker residents. 350 New Orleans prioritizes locally-grown initiatives over national ones and collaboration over working alone.

This work cannot be done without help from local residents and volunteers. Cooke says it is important that Louisiana residents contact their state-level policymakers and ask if Louisiana will be a part of a renewable energy transition. A renewable energy transition not only implicates changes in environmental policy, but also affects Louisiana’s oil economy. There is a strong belief that the Louisiana economy would crumble without the oil and gas industry, but Cooke implies that this is not the case.

“If you’re looking to employ people in the oil industry, which has been losing jobs in Louisiana, a profitable way to spend time and employ workers is to keep these old abandoned wells from leaking into the Gulf, where they are jeopardizing our fishing and our shrimping,” states Cooke.

350 New Orleans, along with other grassroots organizations, has made great strides in the fight to protect Louisiana’s river parishes in Cancer Alley and stop the addition of more chemical plants.

“For example, one large facility that was going to come in withdrew their application. And one can only speculate, but it seemed to be in reaction to some federal policy initiatives that would have made it a little bit less viable for them to be in Louisiana. So I think it’s very slow, this energy transition that is happening. But it does feel different over the last two years,” says Cooke.

350 New Orleans is currently working with local organizations trying to stop Formosa Plastics from building a plastic factory in St. James, Louisiana. They are also working with an organization working to shut down Denka/DuPont in St. John Parish. Denka/DuPont is the only petrochemical plant in the United States that produces neoprene, a synthetic rubber. 350 New Orleans also is a member of the Coalition Against Death Alley. 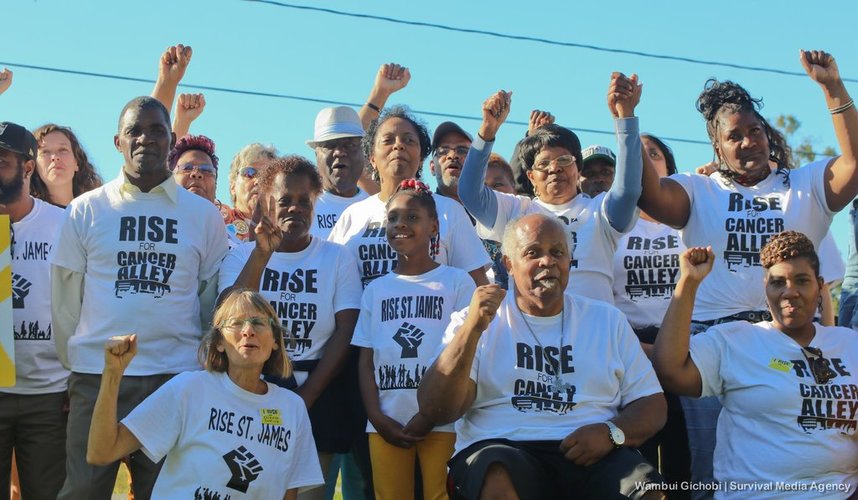 Anyone interested in volunteering with 350 New Orleans can visit its website, 350.org, for more information. 350 New Orleans also accepts support in the form of donations on the website.