In ancient Greek mythology Cassandra was cursed by the god of reason and logic, Apollo, to always speak the truth and never be believed. She represents intuition, and her myth reflects western society’s devaluation of divine feminine knowledge.

The CASSANDRA Project is intended as a space for Cassandras in our community to speak their truth. It’s a space for female-identifying myth-busters to speak out and up for women, LGBTQ, and other marginalized peoples. While there are many columns and blogs that focus on women whose success is defined by the patriarchal values of wealth, power and prestige within the system, this column is dedicated to celebrating women for just being, a political act in and of itself in today’s world. It is a space to share the ways in which female-identifying people have maintained their relationship to the divine feminine forces of intuition and creativity outside the status quo, and in spite of male dominated industries and patriarchal systems.

This column is about, for and dedicated to all of the daughters of the witches you didn’t burn. 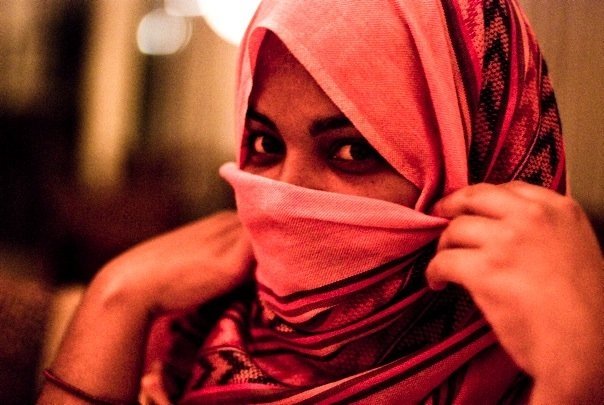 Caroline lives in New Orleans and works in technology. She is from Haiti and moved after the Earthquake in 2010.

Who is a woman in your life whom you gained a lot of wisdom from? How do you continue that lineage?

She had a very difficult life with much trauma. She was also a single mom with three kids. My mother was the oldest. She could have been selfish and pursued her own career; instead, she came back to Haiti and found a job to help pay for her siblings expenses, such as school etc.

What I’ve learned from them is how to be very strong despite adversity. My grandmother never let the hugely traumatic incidents in her life stop her from providing for her family. In fact she never let us notice that it was a burden. Even while she was hustling she made sure the environment for her family was positive.

I inherited that strong-willed figure-it-out hustler type of energy from her.

I try and keep that present and remember it when I’m faced with challenge. My life hasn’t been perfect, and I’ve had struggles – not like hers – but I’ve had struggles, and I remember that if my grandmother can go through what she did and be as strong-willed and positive as she was then there’s nothing I can’t do.

Her family was her priority, and she always made sure that her kids were very close.

I hold onto that. I try and make sure that my siblings, my mom, her siblings and I are close. We have our differences but at the end of the day we always fall back on each other. We value that because of my grandmother.

Many women I have spoken to feel a pressure to wear many hats and juggle many identities; wife, mother, caretaker, career woman, relationship coach, volunteer, best friend etc. From movies, to literature, to our grammar, society instills that women exist in relation to others. How do you connect with the idea that you are allowed to just BE? That living and honoring your inner truth is a political act?

I am a people pleaser. When my family holds expectations or opinions of me and what I should be doing it can at times prevent me from allowing myself to “just be.” Not because I’m so concerned with what they think of me but because I’m afraid to be a disappointment in some way.  When I try to allow myself to focus on what I want it can be challenging, especially when what I want is not aligned with their expectations. I almost have to remind myself that doing or wanting something different from them doesn’t equate to failure.

Every time I talk to my mom she asks if I have a boyfriend, or when I’m planning to have kids. She literally replies to my emails with red marks correcting my French grammar before responding. She’s very religious too. So there’s pressure to be close to God.

I’m especially influenced by my mom – not to the point I’m doing the all things she wants – but I feel like the desire to not totally fail her expectations holds me back from being my true self.

If you could be anything what would you be? If all the expectations were erased?

I’m very nurturing to others. So if you tell me something is wrong, your problem becomes my problem. I think up scenarios almost obsessively over how I can fix your problem – even if you do not ask me to.

For me, career is the most important – doing something I love.  Since I’m naturally nurturing and a problem solver if I could choose I would do something that is related to helping others like a psychologist or a social worker.

In terms of my personality, if I wasn’t holding onto the idea that I think I’m disappointing people I think I would be much more free spirited and wouldn’t be as controlling or scared to try things. I would have had more whimsical experiences like back-packing and would be more in touch with nature. I’d be more open. Right now if you asked me to try yoga I would feel so stupid, but I feel like if I didn’t have all this baggage I would be more open to feeling uncomfortable with something new. I would still be detailed – my brain is wired that way- but I think I would be much more open. Often when I meet people they say that I look unapproachable or very stern. Like I’m in survival mode.

In the same spirit of being more free I would have been more in touch with my artistic side. I dabbled with art in my childhood. I loved dance, but I don’t think I had the body and I did not have the opportunity to go far.  My mom however is a writer. She writes poems, children stories, short stories and she has written a book about her life. She’s always had a tough time with being at peace and being positive. She’s had constant let downs and her one escape is writing. I remember once thinking maybe that could be mine as well. I started writing but lost it in the earthquake. I did not pick it back up because I was always told I had bad grammar and bad spelling. My mom is the type of artist that just is. She can’t teach it. She just is creative. I needed direction into my creativity, and my mom could not really translate or teach me. There are people who just are. If you don’t have a teacher and a mind like mine that wants to structure everything, it’s challenging. 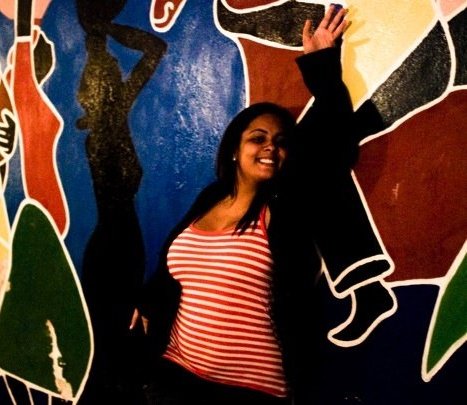 When does your intuition speak most strongly to you?

It doesn’t mean that I follow it, but it talks loud to me in negative situations. When someone is being taken advantage of or a victim of abuse. I may not know the details, but I know something is not right whenever that feeling comes.

I’ve always had a good intuition about people who were unsafe. I could have known the person my whole life, but there’s that one thing that the person does or says that I know in my gut is fishy. Sometimes that thing is so minuscule people think I am making a big deal out of nothing. Then always later I come to find out yes, there was something going on.

For example, my mom had a hair salon. There was one woman who used to come with her husband. He was obsessed with my little sister who was barely a year old. It bothered my older sister and I. Every time he came we would hide our youngest sister. He would always leave his wife and come looking for her.

Years later we found out that he was abusive and not to be trusted.

It’s sad, but in Haiti, like many parts of the world, we often hear stories of someone touching a child or young adult inappropriately, for example a family member, a friend’s dad, brother, friend, or caretaker and there is an unspoken rule of not speaking up. There is no government that is going to help or stand up for you. The people misbehaving are often powerful, and they can pay someone to make the rumor go away. People that do speak out are labeled as crazy, dramatic and liars yet there are countless incidents of women and others who have been abused.

In Haiti when you go to sleepover at your friends, for example, you are usually warned that even though we all know each other it doesn’t matter you have to be careful. It can be your uncle, your godfather, it does not matter. I was always able to note which men I had to be careful with and stay away from.

What is one thing you are seeking to know/understand more deeply about yourself?

To understand more why at times I’m very strong willed and even intimidating when I believe in something, and why there are other times when my behavior is the complete opposite of that.

For example, if someone with authority is disrespecting me I do not feel as comfortable putting my foot down. I think because in Haiti one is raised to respect elders and leaders and so I don’t feel I can speak up even though I know I should and want to.

Instead I keep it inside. Then if you hold tense things in for too long, eventually they explode outward and are misunderstood.

I want to explore speaking up for myself and defending myself even when people have seniority over me.

What is your best tactic for dealing with mansplaining?

I deal with it on a daily basis. It’s actually something I’m working on. Remember how I said there are certain situations where I don’t speak up? Yeah, well, mansplaining is not one of those.

It’s completely different. I speak up a little too much… and with my face.

When a man is speaking to a woman and I feel like he is over explaining, dumbing it down or is being condescending it stirs up a fire inside.

I have to remind myself to breathe, but the thing is that my facial expression says it all. Poker face. I don’t have one. I need to get one.

Depending on the situation people sometimes interpret my facial expression as if I’m being cocky or rude.

I recognize this does not always serve me because what I put out is very different from what I need. In situations like these I’m aggressive and say provocative statements. I get defensive and am not willing to budge or meet half way because when I feel it’s an injustice and I don’t agree with it there will be very few scenarios where I can meet in the middle.

Sometimes it’s good because some circumstances grant standing up for yourself and other women when the person will not like you for taking a stance. Other times it’s a bit much. I’m trying to learn what the triggers are. Sometimes snapping back takes away from the real task I’m trying to accomplish.